Skip to content
Nature on Trail: American Dipper, Skunk Cabbage Washington's wild places are teeming with life. Learn a bit more about two common species, the American Dipper and Skunk Cabbage, and where you can find them. https://www.wta.org/news/signpost/american-dipper-skunk-cabbage https://www.wta.org/news/signpost/american-dipper-skunk-cabbage/@@download/image/dipper,DaveMenkeUSFWS.jpg

Washington's wild places are teeming with life. Learn a bit more about two common species, the American Dipper and Skunk Cabbage, and where you can find them.

Washington's wild places are teeming with life. Learn a bit more about two common species, the American Dipper and Skunk Cabbage, and where you can find them. By Donna McBain Evans

Where to see them: Fast-moving, clear-water streams and rivers throughout most of Washington. Also occasionally found along lakes or ponds. Dippers can be found at any elevation, as long as there is clear, cold water.

You do not have to be a great birder to try and spot the American dipper.

Although rather small (6 inches) and nondescript in color (grayish), the American dipper’s acrobatics are impressive to watch and make them relatively easy to identify. You will typically find this bird standing on a rock protruding from the stream, rapidly dipping its head in the water to find insects. What may surprise you is watching it dive headlong into the rushing waters, submerge itself and swim bravely against the current or even walk on the stream bottom to rustle up something good to eat. 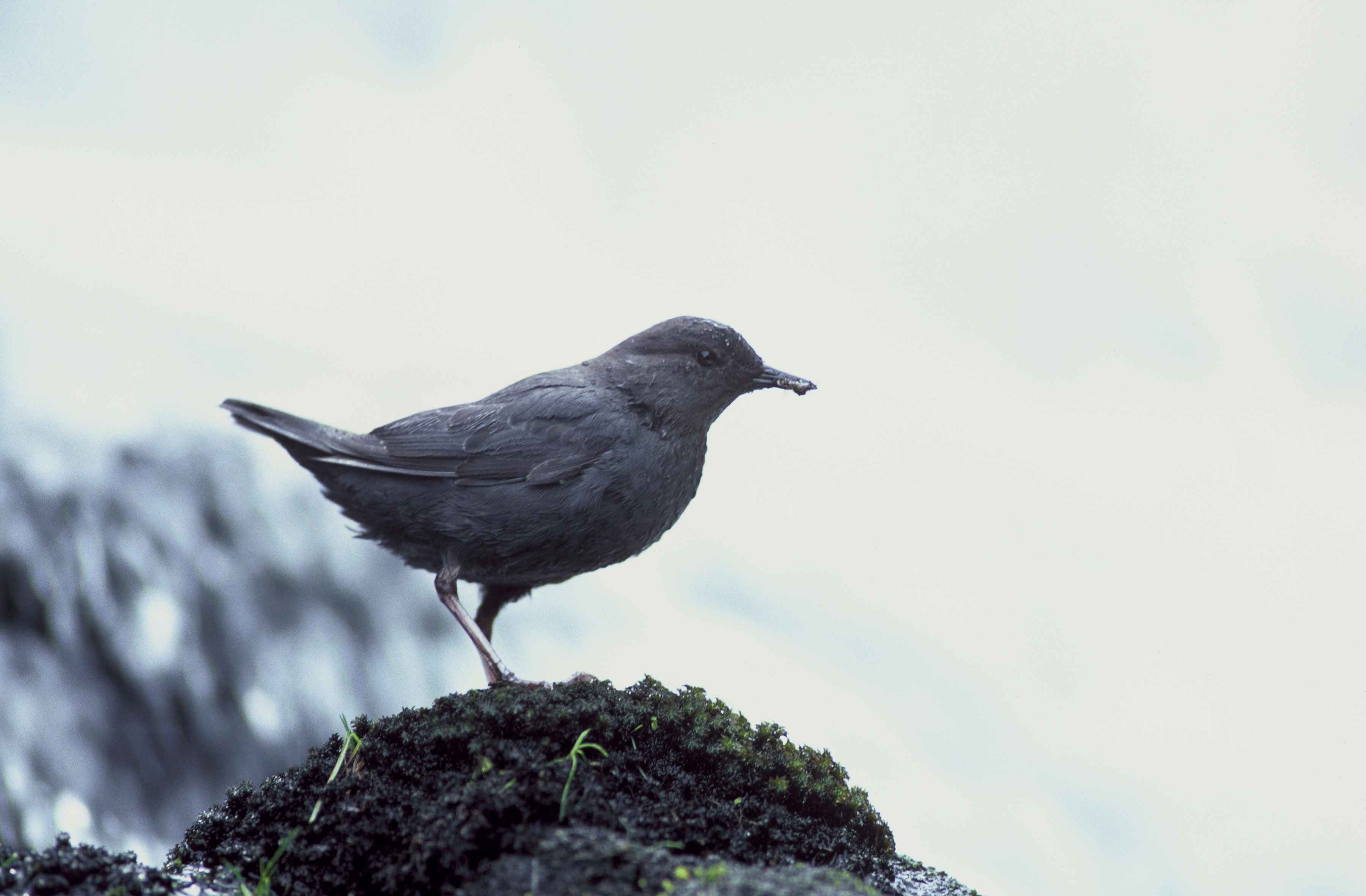 Dippers are specially equipped biologically with an extra eyelid that allows them to see while underwater. They also have nasal flaps, which allow them to close their nostrils when submerged. Large oil glands allow dippers to keep their feathers waterproof.

The American dipper is considered an important indicator of clean water; the species has declined or vanished in some polluted waterways.

John Muir called the dipper’s song “refined and spiritualized (with) deep booming notes of (water)falls, trills of rapids and gurgling of eddies.”

For nest building, the dipper prefers cliff edges or ledges behind waterfalls along rocky but protected stream banks, high enough to avoid floods and predators. Often you will find their ball-like nests beneath a roadway built across a mountain stream to keep the dippers safe and their nests close to food. Where to see them: Wet areas; most common on west side of state  After a cold and dark winter, there is often nothing better than taking a hike to inhale the fresh smells of spring: wet dirt, musky leaf detritus and the sweet smell of budding flowers. If you are walking near a wet place, you might be lucky enough to encounter western skunk cabbage, with its bright yellow appendages (called spathes—think of spades, as they resemble a spade or cowl in shape) and deep green, large leaves.

Skunk cabbage has an odor reminiscent of a skunk, which is a useful tool to lure pollinators to its flowers.  One of the earliest plants to flower, in late winter to early spring, skunk cabbage can be found in wet areas of the state, such as along lakes like Lake Angeles in the Olympics and near Mount Rainier (pictured at right).

Eating the plant is not recommended, but it is reported to have been a “famine food” for Native Americans; also, its waxy leaves were used like wax paper, and the leaves were used medicinally as a poultice for burns.