Skip to content
As Jewell Returns Home, Incoming Interior Secretary Pledges to Protect Public Lands No matter who is in office, WTA will always work to protect access to trails and support funding for the public lands we all share. https://www.wta.org/news/signpost/as-jewell-returns-to-washington-state-incoming-interior-secretary-pledges-to-protect-public-lands https://www.wta.org/news/signpost/as-jewell-returns-to-washington-state-incoming-interior-secretary-pledges-to-protect-public-lands/@@download/image/30396982776_d1004e9b8b_k.jpg

No matter who is in office, WTA will always work to protect access to trails and support funding for the public lands we all share. 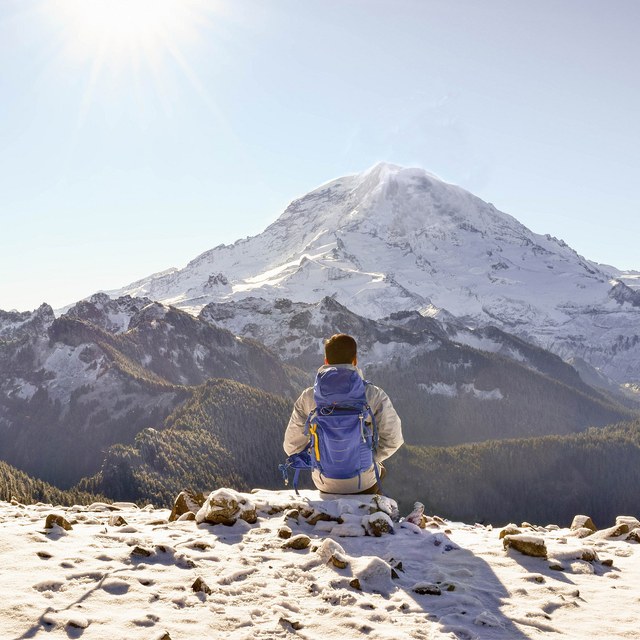 Like many other parks across the nation, Mount Rainier National Park faces a multi-million dollar maintenance backlog. Photo by Ethan Panal.

Montana Congressman Ryan Zinke told the Senate Tuesday that he would protect the nation's public lands as the Secretary of the Interior, which oversees places like Mount Rainier National Park and the San Juan Islands National Monument.

President Trump nominated Zinke to lead the department in the new administration.

“Upfront, I am an unapologetic admirer of Teddy Roosevelt and believe he had it right when he placed under federal protection millions of acres of federal lands and set aside much of it as National forests. Today, much of those lands provide American’s the opportunity to hike, fish, camp, recreate and enjoy the great outdoors,” Zinke said.

Zinke expanded upon these remarks to say he is opposed to selling federal lands and supports keeping them in public hands for the public good.

WTA is heartened by these remarks and hopes the incoming administration will stay true to them as we reflect on how the past eight years have brought increased attention to the challenges facing the country's parks and trails.

In his time in congress, Zinke has been a strong proponent for energy development on public lands. WTA hopes he will prioritize recreation in his new role.

Zinke also said he views the $12.5 billion maintenance backlog in national parks as an issue that could be addressed through the incoming administration's proposed spending on infrastructure. The maintenance backlog is due to decades of declining funding for recreation lands.

How the Secretary of the Interior impacts your hike

It is fairly safe to say the majority of hikers have visited lands managed by the Department of the Interior.

The Department of the Interior oversees about 75 percent of the federal lands in the U.S. including national parks, monuments, wildlife refuges and more. Interior is responsible for allocating the budget for public lands, managing its staff, maintaining facilities and more.

Volunteers who have worked within one of the state's national parks were able to work on those projects because of collaboration between the Interior and community groups like WTA.

National Forests, however, are not managed by Interior. They are under the oversight of the Department of Agriculture. Sonny Purdue was announced as President Trump's nominee for Secretary of Agriculture Thursday morning. He has not yet had a confirmation hearing in Congress.

WTA thanks Secretary Jewell for 4 years of service

Washingtonian (and WTA-featured trail hero) Sally Jewell, has been a phenomenal champion for trails and public lands in her time as Secretary of the Interior. In her four years serving the country, she has championed access to trails in our national parks, prioritized connecting children with our natural heritage, among other initiatives.

In a recent interview with the Seattle Times, Jewell noted one of the things she is most proud of is the Every Kid in a Park initiative, which aims to inspire the next generation to get outdoors by providing fourth graders and their families a free annual pass to national parks and other federal lands. The program is now in its second year.

We hope to run into Jewell on trail when she returns to our state.

Protecting trails in 2017 and beyond

No matter who is in office at the state or federal level, WTA will always work to protect access to and funding for trails. We all benefit from the scenic bounty our public lands provide.

Over the next year and beyond, WTA will continue to work toward our mission to preserve and enhance hiking opportunities around the state for now and for future generations. You can help by becoming part of the Trail Action Network. We will keep you updated on opportunities to support trails in your back yard and across the state.

Sally Jewell was Secretary of the Interior for only four years, not eight. Ken Salazar held that position during President Obama's first term.

Wilderness Photographer you are absolutely right. Thanks for catching that mistake we have updated the piece.