Skip to content
Bring on the Bugs: A Key to Identifying 10 Common Washington Insects Although they are small, insects control much of our natural environment! They pollinate flowers, decompose organic material into soil, and provide food to many other species. The next time you and your family are out hiking, try to spot one of these ten common Washington insects. https://www.wta.org/news/signpost/bring-on-the-bugs-a-key-to-identifying-10-common-washington-insects https://www.wta.org/news/signpost/bring-on-the-bugs-a-key-to-identifying-10-common-washington-insects/@@download/image/Dragonfly.jpg

Bring on the Bugs: A Key to Identifying 10 Common Washington Insects

Although they are small, insects control much of our natural environment! They pollinate flowers, decompose organic material into soil, and provide food to many other species. The next time you and your family are out hiking, try to spot one of these ten common Washington insects.

With degrees is Biology and Theatre from Western Washington Univsersity, Marissa Wyll is a Performing Educator at the Pacific Science Center with a passion for insects. Born and raised in the Pacific Northwest, her parents took her hiking before she could even walk! With spring finally here and summer close behind, we asked her what sorts of little critters you and your family might find on this season's hikes.

If you like to be outside, you’ve probably seen a lot of insects. How do you know you’re looking at an insect? Look for six legs, three body segments: head, thorax, abdomen, and (usually) one or two pairs of wings.

Although they are small, insects control much of our natural environment! They pollinate flowers, decompose organic material into soil, and provide food to many other species.

The next time you’re out on the trails; try to spot one of these ten common Washington insects. We've included links to possible areas where these little critters might be lurking.

Remember, insects are fragile. Observe them by netting them or trapping them in a jar (then freeing them back to their homes). 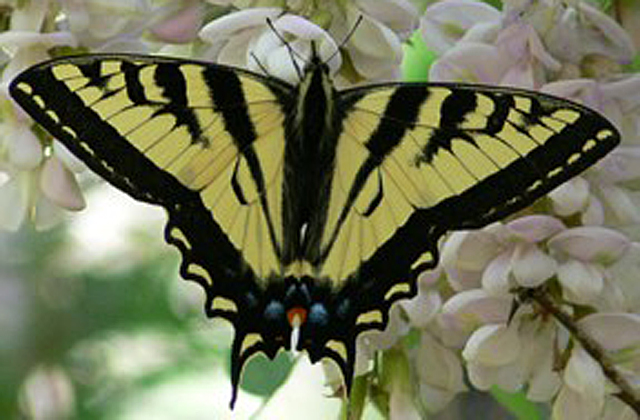 The Western Swallowtail Butterfly flits about in flower-filled meadows and near springs. Photo by Sally King.

This is one of our most common and easily spotted butterflies! Butterflies smell with their antennae and taste with their feet, and the “tails” on the bottom wings can break off, allowing the butterfly to escape from a predator.

> Search for swallowtails on one of these trails. 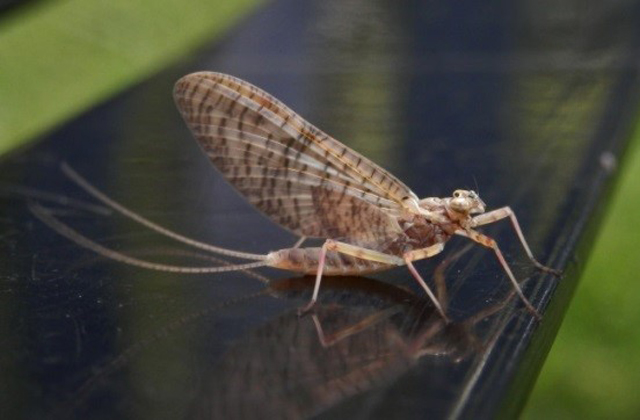 The short-lived mayfly is typically found close to water. Photo by Ryan Hodnett.

Mayflies belong to the order ephemeroptera, which comes from the word “ephemeral”, meaning “lasting a short time”. In fact, adult mayflies don’t have functioning mouths and may live for only a single day. Juvenile mayflies are aquatic and can only live in unpolluted fresh water.

> Find these on a watery hike near you. 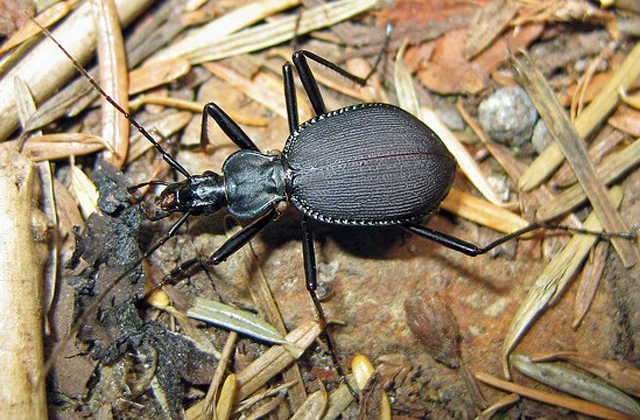 These tiny little beetles survive on snails and slugs. Photo by Greg Schechter.

These beetles don’t have wings. Instead they hunt on the ground for snails and slugs. Their mandibles are strong enough to cut through a snail’s shell! You can often find these beetles under dead leaves.

> Look for these little guys under leaves at a local park. 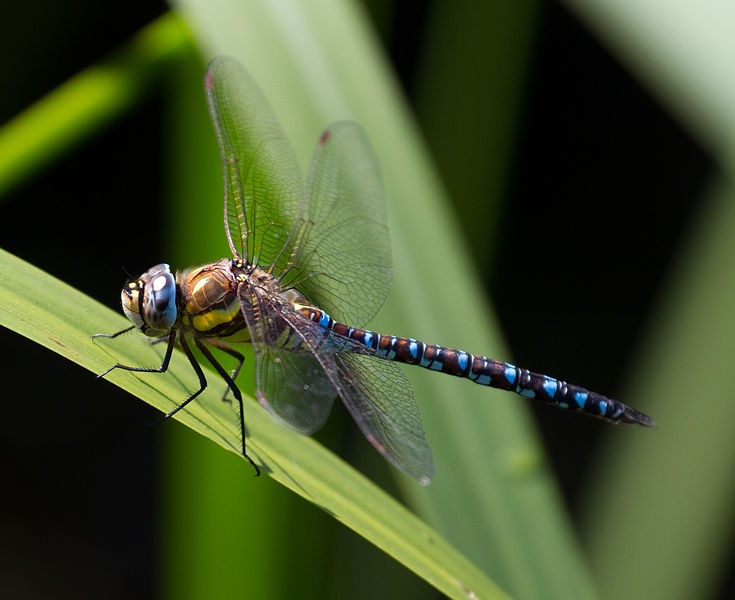 Dragonflies are a living peek into our past -- they existed before the dinosaurs. Photo by Tony Hisgett.

In Washington, there are many local species of dragonflies in many different colors, including red, brown, blue, green, black, and yellow. As juveniles, dragonflies are entirely aquatic.

They hunt other aquatic invertebrates, tadpoles, and even small fish! Dragonflies have been around for over 350 million years, existing well before dinosaurs. Paleontologists have found fossil dragonflies with 2-foot wingspans.

> See one of these flying jewels on trail. 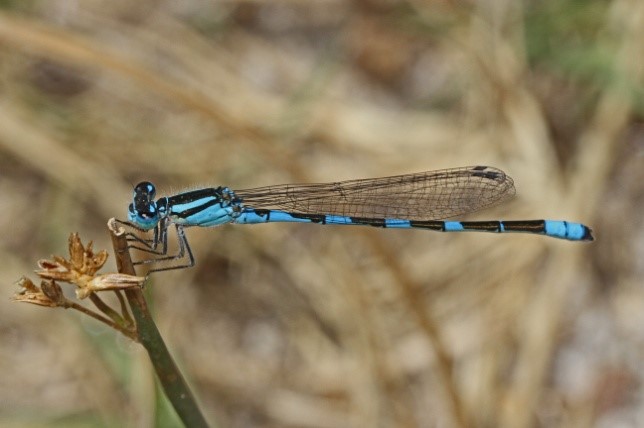 Delicate damselflies are similar to, but not the same as dragonflies. Can you spot the differences? Photo by Judy Gallagher.

Damselflies are often confused for their larger cousins, the dragonflies. Unlike dragonflies, damselflies have thinner, more delicate abdomens, and hold their wings close to the body while at rest. Damselflies can be found on every continent, except for Antarctica!

> Dance with a damselfly at one of these locations. 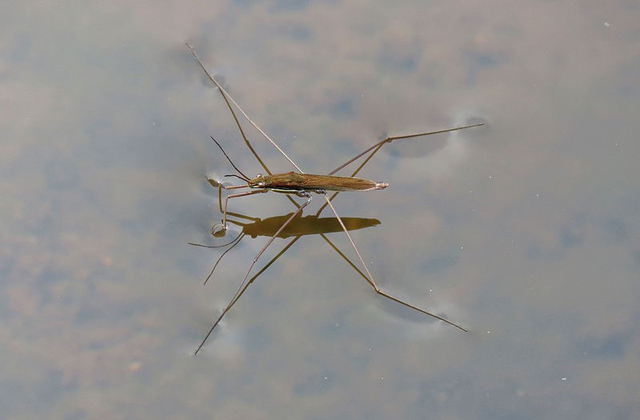 Water skimmers hop and skip across calm water, making a mesmerizing show at a lunch break. Photo by Katja Schulz.

These odd-looking insects can be found skimming over ponds, creeks, lakes, even puddles! Water Striders are able to float and skim over the surface of water without sinking.

Their legs are covered in tiny hairs, which trap air, keeping the insects afloat. Many species of water striders also have functional wings, which they use to fly to new habitats.

> Watch these little guys at a quiet lake or peaceful pond. 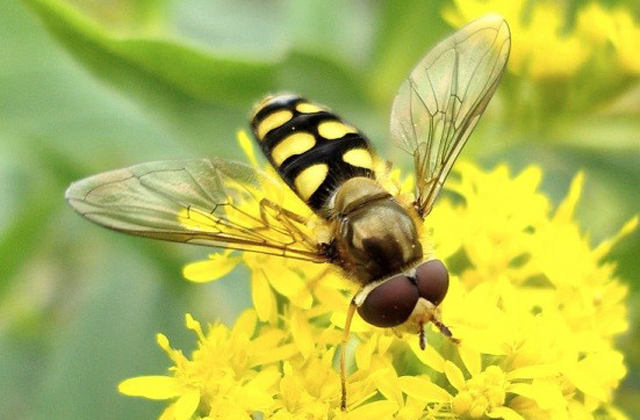 Is it a bee or a fly? Hoverflies sit quietly in mid-air, rather than buzz around. Photo by Mick Talbot

This may look like a wasp or a yellowjacket, but it actually just a well-disguised fly. By looking like a wasp or bee, hoverflies can fool predators (and people!) into leaving them alone. This is called “mimicry”!

To tell the difference between a hoverfly and a wasp, look at the antennae, abdomen, and wings. Hoverflies have much shorter antennae, rounder abdomens, and only two wings instead of four.

Another great clue is in the name, “Hover”-fly.  Unlike bees and wasps, hoverflies spend much of their time hovering in midair.

> Have lunch with the hoverflies at one of these locations. 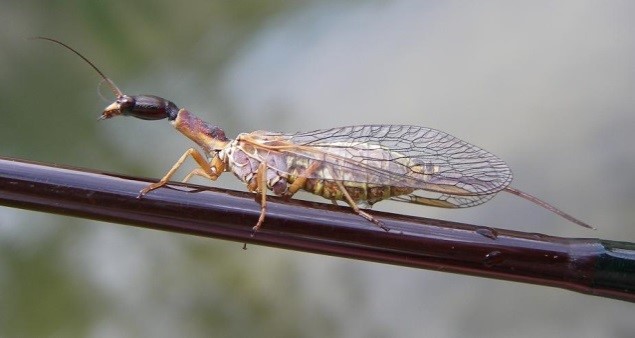 These unusual little critters look a lot more dangerous than they are. Photo courtesy of Marissa Wyll/Pacific Science Center.

Snakeflies are named for their long, snake-like, neck. Females have a long, skinny, ovipositor on the end of their abdomen. This is often mistaken for a stinger, but it is only used this for laying eggs. In fact, snakeflies are completely harmless. Snakeflies have the unusual ability to run forwards and backwards!

> Look for a snakefly skittering around at a location near you. 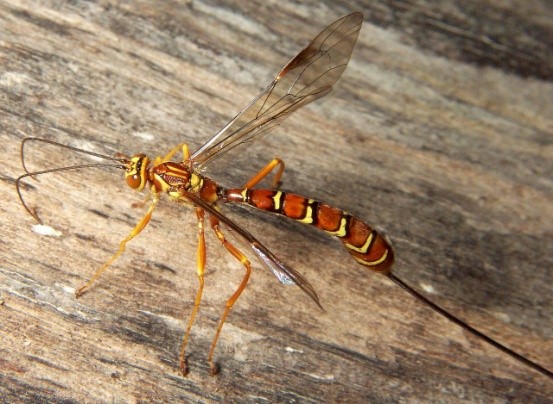 The stump-stabber wasp is well-camouflaged to blend into a woody area. Photo by Bruce Marlin.

This wasp gets its name from the long ovipositor found on the females. They use this appendage to “stab” into stumps and lay eggs upon insect larvae within the wood. These larvae make a tasty first meal for the baby wasps!

Despite their scary looks, stump stabber wasps are harmless to humans.

> Find the wasp in a recently logged or second-growth area. 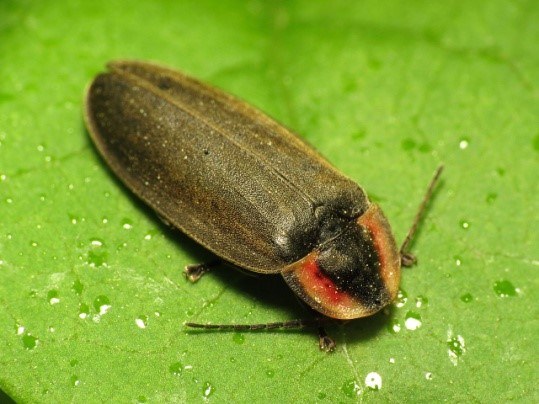 This shy little guy likes to hang out on foliage -- if you see one, look but don't touch! Photo by Katja Schulz.

Despite their name, fireflies aren’t flies at all! They are actually flying beetles. “Diurnal” means “active during the day”.

Unlike their more famous cousins, these fireflies don’t light up. These beetles are easy to spot! Look for the black body and red markings on the thorax.

> Find this false firefly somewhere nearby.