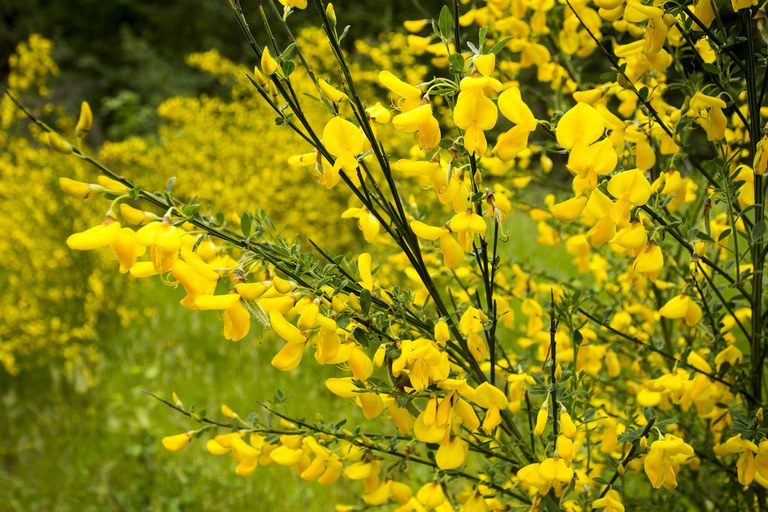 Scotch Broom is an invasive plant found in highway medians. It is terrible. Photo by Bonnie Moreland.

Ivy. Scotch Broom. Himalayan Blackberry. Some of the most familiar plants on trail or in the garden are actually invasive species. But just because they're common doesn't mean they're good for the environment. Invasive plants shoulder out natives, creating monocultures and disrupting the environmental balance.

Luckily, you can help stop their spread! To combat the impact of invasive plant species, the PNW IPC began the Early Detection Rapid Response (EDRR) Citizen Science program. The goal of this program is to help collect information on the abundance and distribution of invasive plant populations and to share that data with the land managers who can best tackle to invasion. The PNW IPC works in partnership with national forests and parks, the Washington Department of Agriculture (WSDA), the Department of Natural Resources (DNR), various county noxious weed programs, and other local groups.

To become an official weed watcher with the PNW IPC, you must participate in a a free 2.5 hour training and commit to at least 1-2 surveys over the field season. As a volunteer, you will learn how to identify invasive plants around Washington, record data on your findings and report your findings online to the PNW IPC.

View the schedule of upcoming trainings below and sign up today!

To register for a training, contact Andrew Fraser at info@pnw-ipc.org or register for King County sessions (Seattle and North Bend) here.