National Park Week starts this weekend. Warm spring weather has created increased avalanche risk in the mountains. Permits to hike Dog Mountain will be required starting next week. Burn bans are in place for much of Eastern Washington.

It’s April 15. National Park Week starts this weekend. Warm spring weather has created increased avalanche risk in the mountains. Permits to hike Dog Mountain will be required starting next week. Burn bans are in place for much of Eastern Washington. And Washington’s new poet laureate starts her term today. Here’s some news you may have missed while out on trail this week. 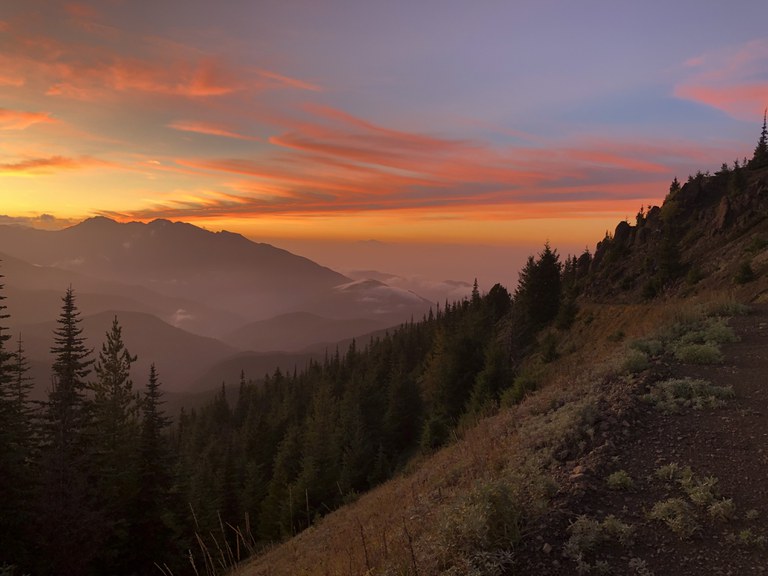 Sunset at Olympic National Park is just one of the many things to celebrate during this year's National Park Week that kicks off this weekend. Photo by Suzanne Sowinska.

National Park Week: National Park Week runs from April 17-25. Celebrate our premiere public lands over the course of this week filled with special programs and events. The week kicks off on Saturday with a fee-free day, though if you already have a National Park Pass, consider visiting later in the week .

Avalanche season’s not over yet: It’s been a record year for snowfall in the mountains, which means trails will melt out later than normal. Warming temperatures combined with new snowfall this past weekend has created unstable conditions that make avalanches more likely. It may seem like spring is in the air, but hikers heading to the mountains need to be as avalanche aware as ever.

Dog Mountain permits: For those planning a weekend trip to Dog Mountain, remember that permits are required starting next Saturday. Learn more about the permitting process to visit this iconic spot along the Columbia River Gorge.

State Poet Laureate to focus on conservation: To kick off Poetry Month, Rena Priest was announced as Washington’s new poet laureate on April 1. As a member of the Lhaq’temish (Lummi) Nation, she is the first Native person to hold this title. She says her work will focus on the conservation of the natural world, especially in connection with tribal lands. Her term starts today and goes for 2 years.