Skip to content
7 Leave No Trace Tips We Found in Star Wars Whether you're hiking through Hoth or camping on Endor, these 7 Leave No Trace principles will protect you from the path to the dark side. https://www.wta.org/news/signpost/how-star-wars-taught-us-the-7-leave-no-trace-principles https://www.wta.org/news/signpost/how-star-wars-taught-us-the-7-leave-no-trace-principles/@@download/image/63f8d657-426b-441a-8182-74e3e8baf624.jpeg

7 Leave No Trace Tips We Found in Star Wars

Whether you're hiking through Hoth or camping on Endor, these 7 Leave No Trace principles will protect you from the path to the dark side.

A long time ago, in a galaxy far, far away, there was a band of intergalactic hikers who traveled the stars, looking for justice and new trails to explore. Their adventures took them to harsh desert environments like Tatooine and to lush forests on Endor. They trudged through snow on Hoth and languished in the steamy swamps of Dagobah.

While they may have been knowledgeable in the Force, they didn't always have a firm grasp on the Leave No Trace principles.

Here are 7 lessons learned from their hikes that you can apply to Earth:

Stay warm on Hoth (plan ahead and prepare)

When Luke Skywalker left the refuge of the base on Hoth, he went out unprepared into dropping temperatures and dangerous conditions. Had Han Solo not been there to help him, his fate may have been far worse than being shoved into a tauntaun's stomach to stay warm until a rescue could be mounted.

Han Solo saves Luke after finding him unprepared on Hoth.

According to R2-D2, the odds of surviving the night on Hoth are 725 to 1. Luke may not have known that statistic, but he could have been more prepared by letting his friends at the rebel base know where he was going and when to expect him back.

Always plan your trip carefully and prepare for extreme conditions. That goes double when you're responsible for pets or livestock, too.

When Luke travels to Dagobah to find the wise Jedi master Yoda, he decides that setting up camp in the swamp is a good idea.

Luke's X-wing definitely not parked on a durable surface.


It isn’t, though the campsite pictured below isn't too bad (he at least put most of his gear on the hardest ground he could find). Because the swamp isn’t a durable surface, he's potentially damaging flora and fauna under heavy crates of gross space food that Yoda finds disgusting and gadgets he never seems to use.

We’re a bit surprised that Yoda doesn’t call him out on this, but he probably had enough on his mind training "it's impossible" Luke to believe in his Jedi abilities with the Force.

Do or do not [Leave no Trace]. There is no try.

But seriously, just Leave no Trace. Always travel on the trail and camp in preexisting campsites or on durable surfaces like rock or dirt. Avoid damaging fragile areas that may take years to rehabilitate. 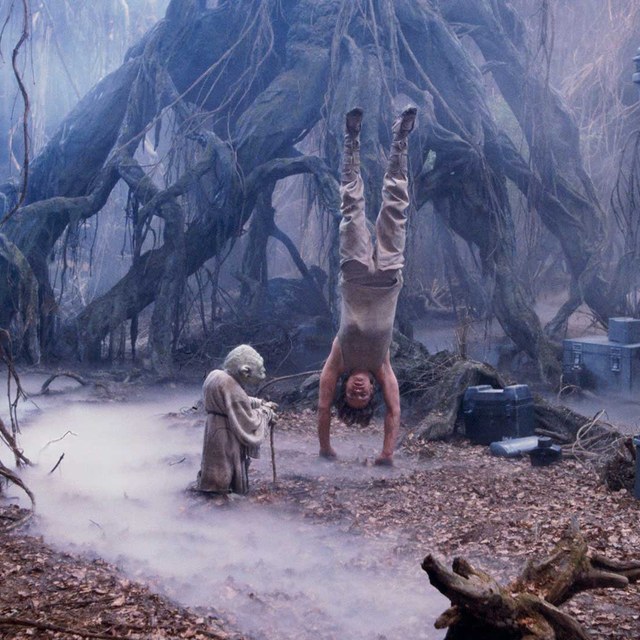 Luke's camp should have been set up on durable ground. Instead, he chooses to do handstands.

If you fly your spaceship in, fly it out (dispose of waste properly)

If you pack it in, pack it out.

The Empire definitely didn’t get that memo, because they decided to leave their Star Destroyer stuck in the sand on Jakku. Talk about finding trash on the trail! 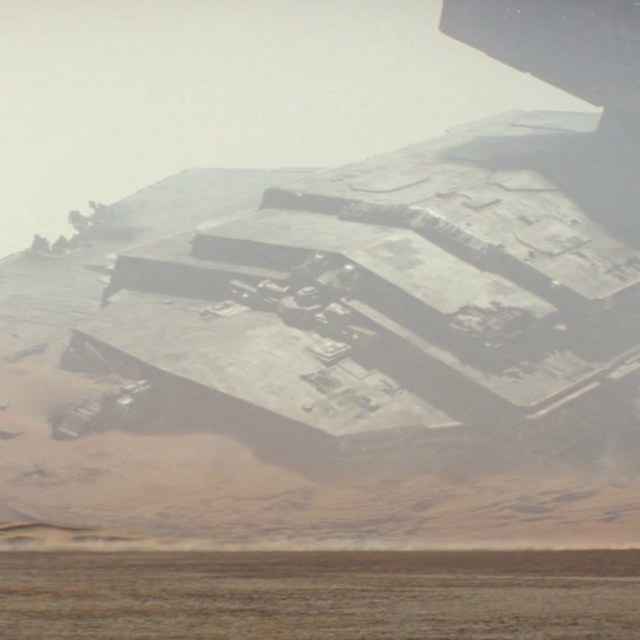 If you pack it in, pack it out.

Remember, whatever you pack in with you needs to be packed out. That includes toilet paper, snack wrappers, and waste (and spaceships). Dig catholes that are 6 to 8 inches deep and at least 200 feet from a water source. In that case, it's good there's not a ton of water on Jakku.
4

Don't blow up Alderaan (leave what you find)

Principle number four is all about preservation. Leave plants, rocks, and other objects as you find them when out on the trail. The Empire went in a totally opposite direction when they found Alderaan, which was definitely not LNT-compliant.

The Empire didn't leave the trail (universe) like they found it.

Ewoks are the ultimate fire stewards. Not only have they managed to not burn down Endor's forests for thousands of years, but they live in treehouses and manage not to torch them. How do they pull this off, you ask? By minimizing campfire impacts, of course.

Remember to follow Endor Wilderness regulations (or wherever you're hiking) by keeping fires in designated rings where fires are allowed. Lightweight stoves are a great alternative and have less impact on the area than burning firewood (unless you're cooking Han Solo for a banquet in C-3PO's honor). Keep fires small and ensure they are completely out, then scatter the coals before leaving. This ensures that it won't reignite after you've moved on.

It's best to admire wildlife from afar, especially when it comes to creatures like the Sarlacc, who will digest you slowly over the course of a thousand years (not fun).

Respecting wildlife goes beyond not approaching them though. Be sure to store food items properly and never feed animals. Feeding animals, including birds, exposes them to predators and teaches them that humans are a source of food. This is bad for the animal, and can change their natural behaviors. Be sure to also keep dogs on leash so they can't disturb native species.

Don't get too close to wildlife!

Don't be C-3PO (be considerate of other visitors)

If there's one thing every Star Wars fan can agree on, it's that C-3PO can be a bit overbearing. Despite having the best intentions and being programmed for protocol and etiquette, he just can't seem to figure out how to interact with others.

When hiking in the wild, try not to be like C-3PO. Let the sounds of nature do the talking, and be courteous of other visitors. Choose campsites away from other groups so everyone can enjoy their own version of solitude. 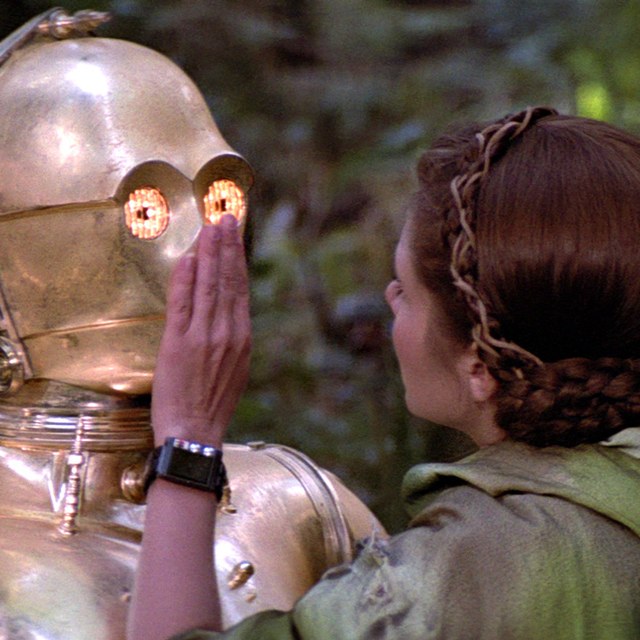 C-3PO may be the worst hiking partner ever.

For more Leave No Trace tips and information:

Very clever. I hope I can figure out a way to forward this to my hiker friends.