Skip to content
link
How Trail Funding Works: Washington's Biennial Budget It's a bit of a winding of a path to iron out the particulars of which trails get funded and by how much in the state budget. https://www.wta.org/news/signpost/how-trail-funding-works-washingtons-biennial-budget https://www.wta.org/news/signpost/how-trail-funding-works-washingtons-biennial-budget/@@download/image/Dirty-Harry's-Peak-by-Edward-Landreth-(3).jpg

It's a bit of a winding of a path to iron out the particulars of which trails get funded and by how much in the state budget.

With just under a month left in the Regular Session, state legislators are getting closer to agreeing to Washington's 2017 to 2019 budget.

The budget is crucial to education, infrastructure, social programs and more across the state, but did you know this budget is also expected to have a significant impact on Washington's trails? 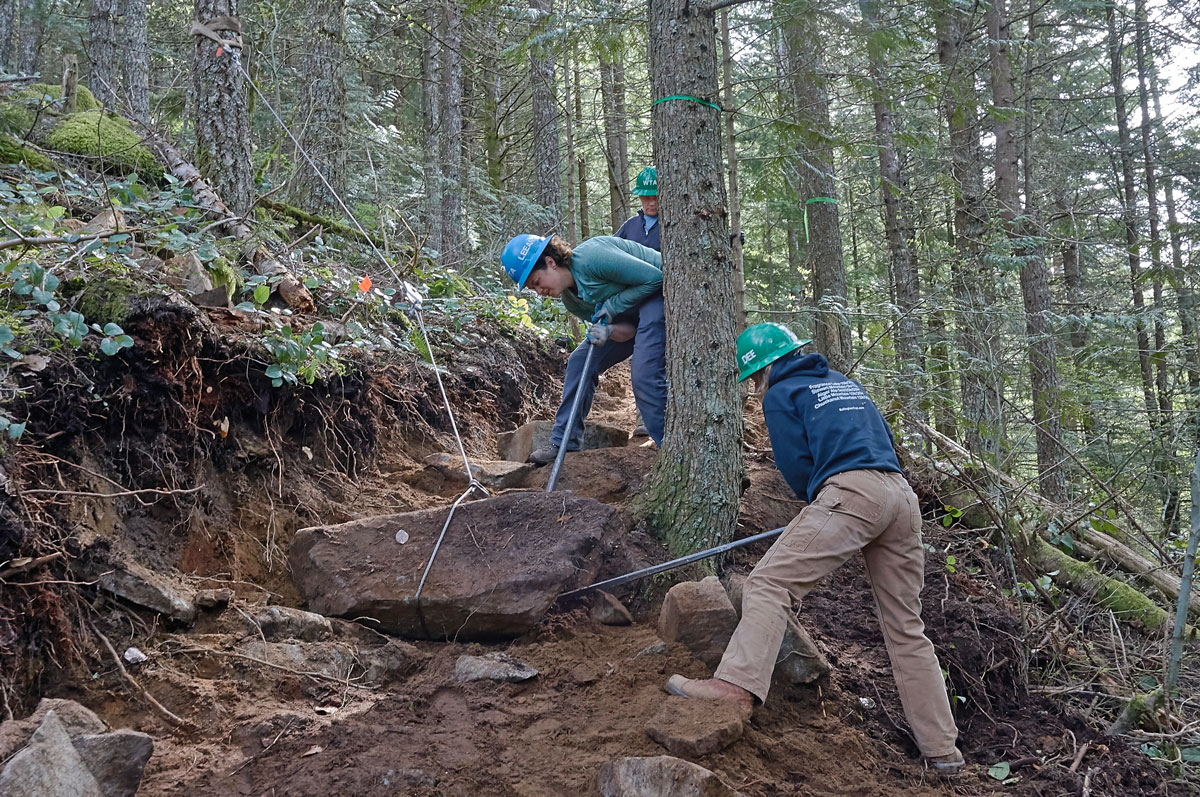 WTA trail work on Dirty Harry's Peak is an example of state funding put to work to fix trails. Photo by Edward Landreth.

Because Washington has a two-house legislature, the overall process toward trail funding looks somewhat similar to the national budget making process.

However, the path to iron out the particulars of which recreation projects on state lands get funded and by how much is a winding one.

This is a capital budget year, meaning our elected officials are not only deciding on essential day-to-day funding for state parks and other state lands but are also considering how much the state will invest in new recreation projects. The importance of the capital budget years (always odd-numbered years) is that this is when the state decides on how to spend on larger, long-term budget items.

Many local trails and parks get funded through competitive grant programs that rank projects based on varying criteria like need and viability. The pot of funds for these grant programs is specified in the state budget and then allocated by the Recreation and Conservation Office (RCO) based on the agency’s evaluation of grant applications submitted the previous year.

The grants are the most straight-forward way that trails get funded through the state budget, but they aren't the only way. Trails can receive funding through agency-specific budget requests like the Department of Natural Resource’s recreation program, and individual projects like recreation planning in the Teanaway Community Forest.

Does the Discover Pass revenue Cover Costs? (Short answer: NO)

This is a question we hear a lot. The Discover Pass (the recreation pass required to park at trailheads on many state lands) was implemented in 2011 by legislators who wanted to make State Parks and other state lands essentially fund themselves. Last year, Discover Pass revenue generated more than $21 million last year, but this falls far short of fully funding our public lands.

Without significantly increasing the cost of the Discover Pass, it is unlikely the revenue generated will ever be able to fully replace funding allocated in the biennial budget. WTA and other recreation groups think this is okay though. We should not expect to run our public lands like a business; they are a public good that should be accessible to all.

While this revenue source helps, budget allocations will remain important this year and for years to come.

Demand is increasing. Funding should reflect that

Applications to grant programs that impact trails have increased in the past decade, though funding has not kept up with demand. For example, the Washington Wildlife and Recreation Program received about 230 applications for the 2017-2019 capital budget. In 2015, the last capital budget year, only around 70 projects were funded. A similar number of projects is expected to be funded this year.

WTA appreciates the hard decisions legislators make for our budget and we look forward to continued collaborations to increase funding for trails.

Learn more about our 2017 legislative priorities and subscribe to the Trail Action Network to hear how trails fare in the final budget.