Ultra-runner Krissy Moehl reflects on what she gets out of being on trail, whether she's walking or running.

Sixteen years ago, professional ultra-runner Krissy Moehl went on her very first trail run with Scott Jurek and Scott McCoubrey. When they got back ten miles later covered in mud, Krissy knew she’d found her passion. 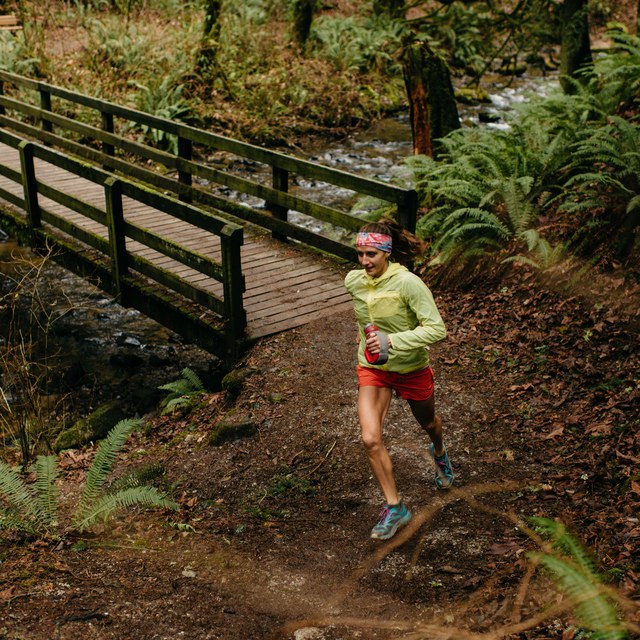 “I had always been a runner, but that day totally sealed the deal for me on trail running.”

She had been working at Seattle Running Company with the two Scotts when they invited her on the run. Formerly an 800-meter runner in high school and college, Krissy was interested in this new pastime.

“Up to that point, I had spent most of my life putting energy into being a runner. On that first trail run, I felt the energy coming back to me in the places I was traveling through. As I continued running, that energy returned to me through the new places I visited and the people who are engaged in the sport. Running felt more sustainable after I found trails.”

“There aren’t many issues that a long run can’t solve," she says. "Some runs just need to be longer than others. Trail running gives me the headspace to work through things that don’t seem to make sense, and the perspective that I need to help figure things out.”

After more than ten years of racing competitively, running opened her eyes to a new way to explore herself and her terrain. Fastest known times (FKT) are Krissy’s newest goal. She revels in the differences between running a trail and hiking it.

“People sometimes say you’re not experiencing the trails ‘correctly’ if you’re trying for an FKT, but I feel like they’re just two different experiences. I hike trails, and I run them, too.”

Last June, she hiked the Tahoe Rim Trail over seven days (not a leisurely pace by most standards except her own). The pace allowed her to stop whenever she wanted, take in views and snap pictures. She spent six nights camping on the lake, and let herself stop in her tracks when she saw something beautiful.

Three months later, she returned and set the record for completing the TRT in less than two days. “When I only had 13 miles to the finish and saw the entire lake, I had this dual appreciation. I remembered how hard it had been to hike it in seven days and compared it to the experience of running it in two days. Having those two experiences in the landscape in different ways really felt like a gift.”

Krissy is the race director for the Chuckanut 50K, a beloved event held in Bellingham on nearby Chuckanut Mountain. She is delighted to have so many people getting outside, but she firmly believes in stewardship: giving back to the places you love.

“Go do a volunteer day so when you’re out there you appreciate how much work went into a nicely maintained trail.”

She’s also passionate about Leave No Trace, and has carried that ethic into her role as race director.

“I don’t provide cups at the Chuckanut 50K—people have to provide all their own vessels, and if you litter, you could get disqualified.”

“Running is my constant," Krissy says. "It’s the thing that’s seen me through everything in life. I feel really thankful that I found that. I know it’s not for everyone, but it’s important to find what yours is.” 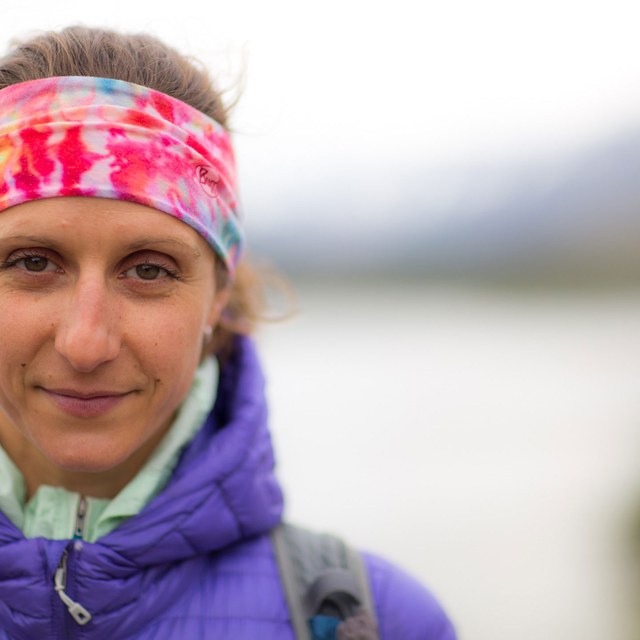 The WTA community is made up of all different kinds of people, who use trails in many different ways. Learn about how to join Washington Trails Association, and support a community that protects the trails we love.

We're lucky to have such an amazing trail running icon in our community. Thank you for the feature!