Mount Rainier National Park expects to open Chinook Pass and Cayuse Pass by June 11, and other lower-elevation facilities will begin to open in mid-May.

One of the key things to know about hiking in Washington is that a few routes well-traveled by hikers in Washington are only open seasonally. In Mount Rainier National Park, Chinook Pass and Cayuse Pass both close in the winter, and reopen once they have been cleared of snow. 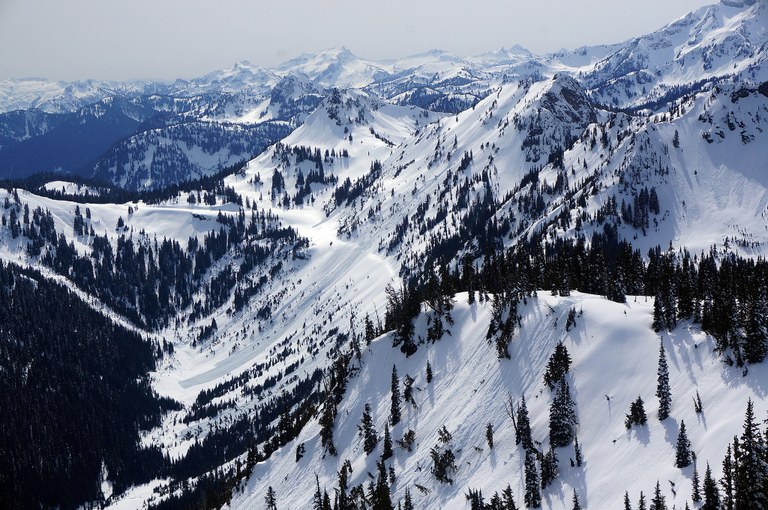 A view overlooking Chinook Pass on April 9, 2018. Photo by WSDOT/Flickr.

Today, the park announced that they expect to open both SR 410 Chinook Pass and SR 123 Cayuse Pass by June 11, after clearing snow and getting a jump start on repairing a quarter mile of SR 410 near milepost 64.

"For several years, motorists have experienced rough road surfaces at this location related to a slow moving and deep-seated landside," the park reported.

The road work will continue through late June, and hikers should expect short delays with alternating one-way traffic between mileposts 64 and 64.5. 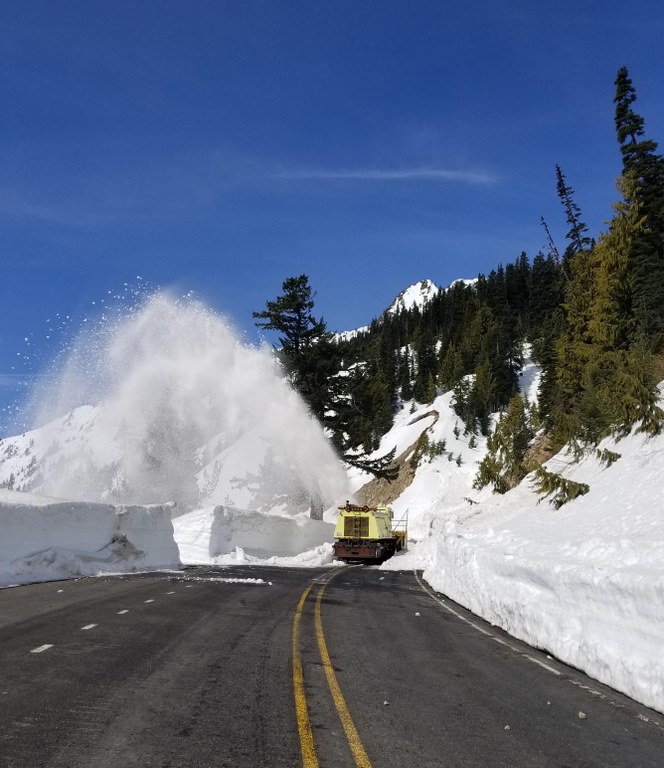 The park also announced the following target opening dates for entrance and facilities:

May 11-  The park’s southeast entrance near Packwood will open, providing access via SR 123 to the Grove of the Patriarchs area. Portable restrooms will be placed at the Grove parking area until the primary restrooms are opened for the season.

In Other (road) news

The crews dodging avalanches and plowing Highway 20 in the North Cascades have estimated they'll open the road on Friday, May 11 at 10 a.m., and you can follow their progress.

Many Forest Service roads remain closed and gated to vehicles. Their opening dates are also variable, depending on the winter snowpack and spring runoff damage. And of course, the road to Artist Point likely won't open until July.

Updated 5.7.18: New information for the estimated opening of Hwy 20.