Washington's wild places are teeming with life. Learn a bit more about two local species, the Northern Saw-Whet Owl and Lupine, and where you can find them.

Washington's wild places are teeming with life. Learn a bit more about two local species, the Northern Saw-Whet Owl and Lupine, and where you can find them.

The adorable saw-whet owl can be found year-round in Northwest evergreen forests, although due to their solitary and nocturnal nature, it’s a lucky human indeed who spots one. Chances are better that you’ll simply hear their distinctive, high-pitched too-too-too call echoing in the night. 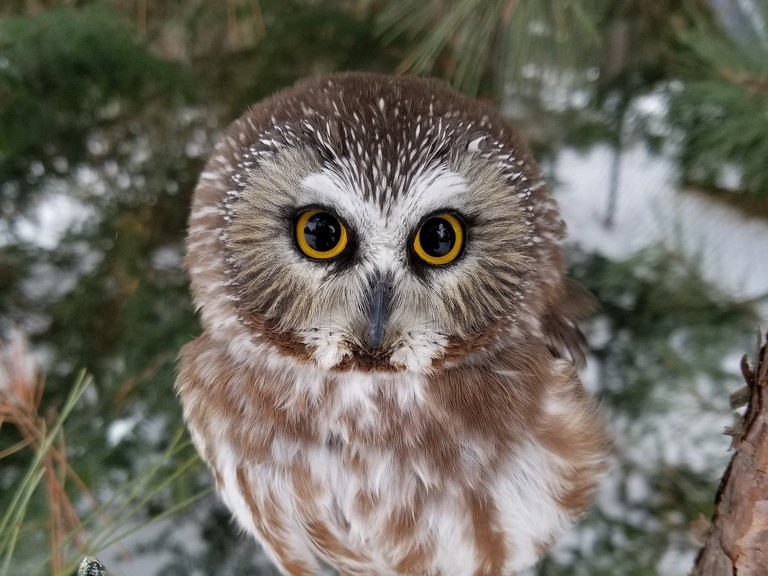 An adorable Western Saw-Whet Owl in the wintertime. Photo by Chris Tolman/Pixabay.

Saw-whet owls are small — adults measure only about the size of a robin. They are a lovely shade of mottled brown, with white faces, white spotted heads and a creamy yellow breast.

While easy to liken the small size and large eyes of a Saw-whet to that of a cherubic toddler, anthropomorphizing this raptor does it a disservice: Saw-whets are fierce hunters, ones that drive formidable terror into their favorite prey — deer mice. Saw-whets like to take their time when devouring this special fare, dividing the mice in pieces to savor slowly over at least two meals.

Where to see them: Conifer forests, mostly in the northern and western United States. May-June, look for them roosting in dense vegetation at eye-level.

Flowering prolifically in spring and summer, lupine grows on hillsides on both sides of the Cascades. Several different species can be found in Washington. Lupine flowers best in full sunshine and can tolerate somewhat dry soil, meaning it can handle a variety of conditions. 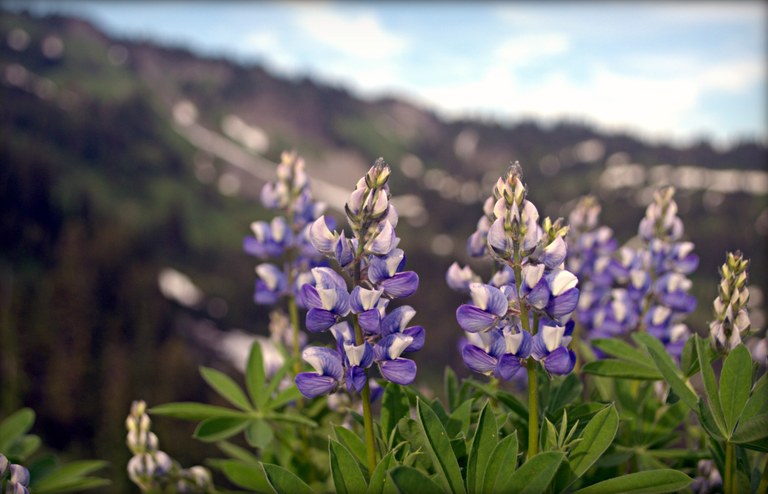 Although lupine flowers are usually classified as blue, the blooms range in shades, from vibrant purple to pale pink to dusky violet and everything in between. Lupine host bacteria that have the ability to pull nitrogen, an important nutrient, out of the atmosphere. That ability helped dwarf lupine quickly return after the eruption of Mount St. Helens in 1980.

Where to see them: High elevation sub-alpine and alpine meadows, especially rocky areas and grassy slopes.

This article originally appeared in the Fall 2019 issue of Washington Trails Magazine. Support trails as a member of WTA to get your one-year subscription to the magazine.