Northwest forests are teeming with life. On your next hike, look out for the Rufous Hummingbird, Northwestern Salamander, and Elephant´s Head.

With an optimal size-to-weight ratio, these tiny acrobats outfly any other hummingbird species—their tiny wings flap up to 62 wingbeats per second!

Despite their small size, rufous hummingbirds are very feisty when it comes to their food sources and nests, and have even been known to chase away chipmunks and other sizeable critters.

While some stick around all year, most of these tiny avians return to the Northwest in the summer months after wintering in warmer climates, just in time to feed on wildflower nectar and to nest in shrubs and conifers.

Interestingly, they have amazing memories for locations and can remember where they found flowers or feeders year after year. 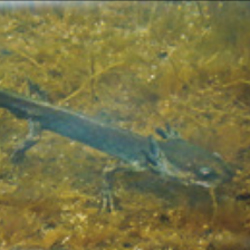 Perhaps you’ve hiked to a high-country lake or pond and seen these odd-looking, rather large amphibians.

Typically, these lizard-looking aquatic creatures are brown or olive in color and move rather slowly using both arms and legs as they swim around silty basins.

In summer months, look for Northwestern salamanders at Sheep Lake in Goat Rocks Wilderness, Lost Hat Lake near White Pass and in other subalpine bodies of water.

Pollutants such as insect repellent inadvertently introduced by swimmers can cause them to perish. 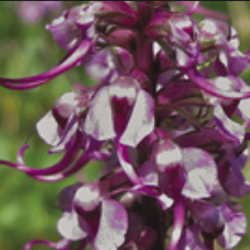 See the resemblance to a pachyderm? Someone creatively saw the ears and trunk and gave this flowering plant its appropriate nickname—and it is unknown if they had been drinking at the time.

Known as Pedicularis groenlandica , this pink or dark purple upright perennial is found in wet environments such as marshy meadows, steep stream banks and wetlands from June through August, particularly in the high Cascades.

Look for them on stalks that grow singly or in clusters, up to 32 inches high, in many of the lower and mid-elevations throughout the Olympics and Cascades.

This article originally appeared in the Jul+Aug 2013 issue of Washington Trails magazine. Join WTA to get your one-year subscription.