Skip to content
Partnership Between UW’s iSchool and Mount Rainier Gives Students Real-World Experience Students from the iSchool have worked with Mount Rainier National Park to help the park with its technology needs while gaining valuable experience. https://www.wta.org/news/signpost/partnership-between-uw2019s-ischool-and-mount-rainier-gives-students-real-world-experience https://www.wta.org/news/signpost/partnership-between-uw2019s-ischool-and-mount-rainier-gives-students-real-world-experience/@@download/image/capstoneteam.jpg

Students from the iSchool have worked with Mount Rainier National Park to help the park with its technology needs while gaining valuable experience.

A version of this story originally appeared in the Mar+Apr 2017 issue of Washington Trails magazine. | By Jessi Loerch

“When people think of national parks, they don’t think about technology,” says Lindsey Kurnath, administration and business management chief at Mount Rainier National Park. “They come to parks to get away from all of that. Yet technology does play an important role in the parks.” 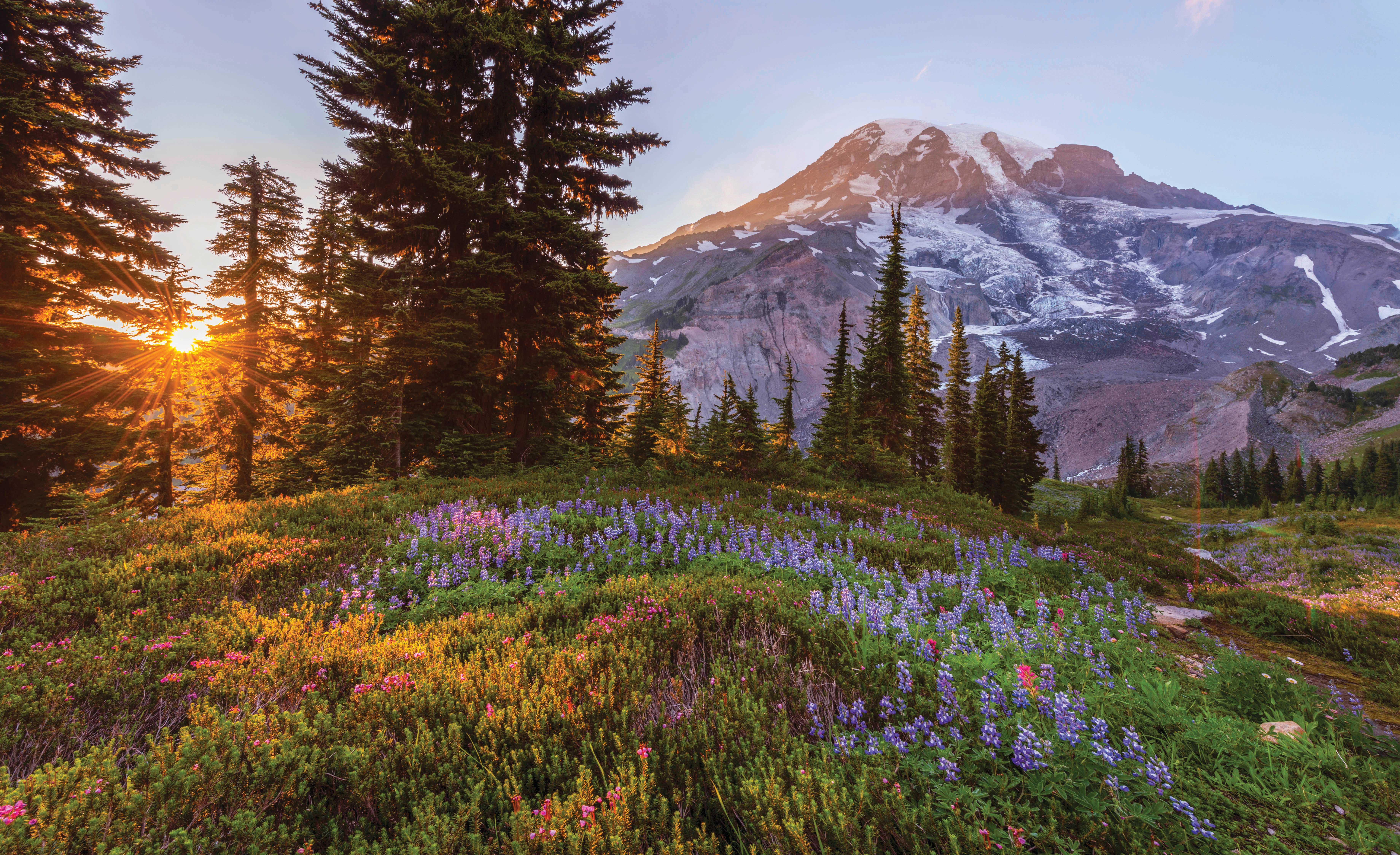 Mount Rainier from the Skyline Trail. Photo by Svitlana Imnadze.

As the Mount Rainier looks to improve its use of technology, one way it is doing that is with an ongoing partnership with the Information School at the University of Washington. The park works with interns from the school and teams up with students on capstone projects. The permit system is one of the technology projects where the park has partnered with the iSchool.

Kraig Snure, a ranger at the park, first reached out to the iSchool for help with the backcountry permit system in 2015.

At the time, the 15-year-old system, which was created by a volunteer, was still working. The old system required a lot of manual data entry, and users had to submit applications via the mail or fax machine. The park wanted a new system, but there was no need to rush.

Kraig submitted a proposal to the iSchool, and a group of four students volunteered to do the work for their capstone project. Snure wanted to give the students a chance to design a new and better system, and see what they came up with.

Then, a storm at the park caused a power outage that wiped out a server and corrupted the permit system. Suddenly, the park needed a new system much more urgently.

The old system couldn’t be resurrected in time for the 2016 season. The park went to a walk-up-only system for that year.

Meanwhile, the students from the iSchool were working to design a new permit system from the ground up. 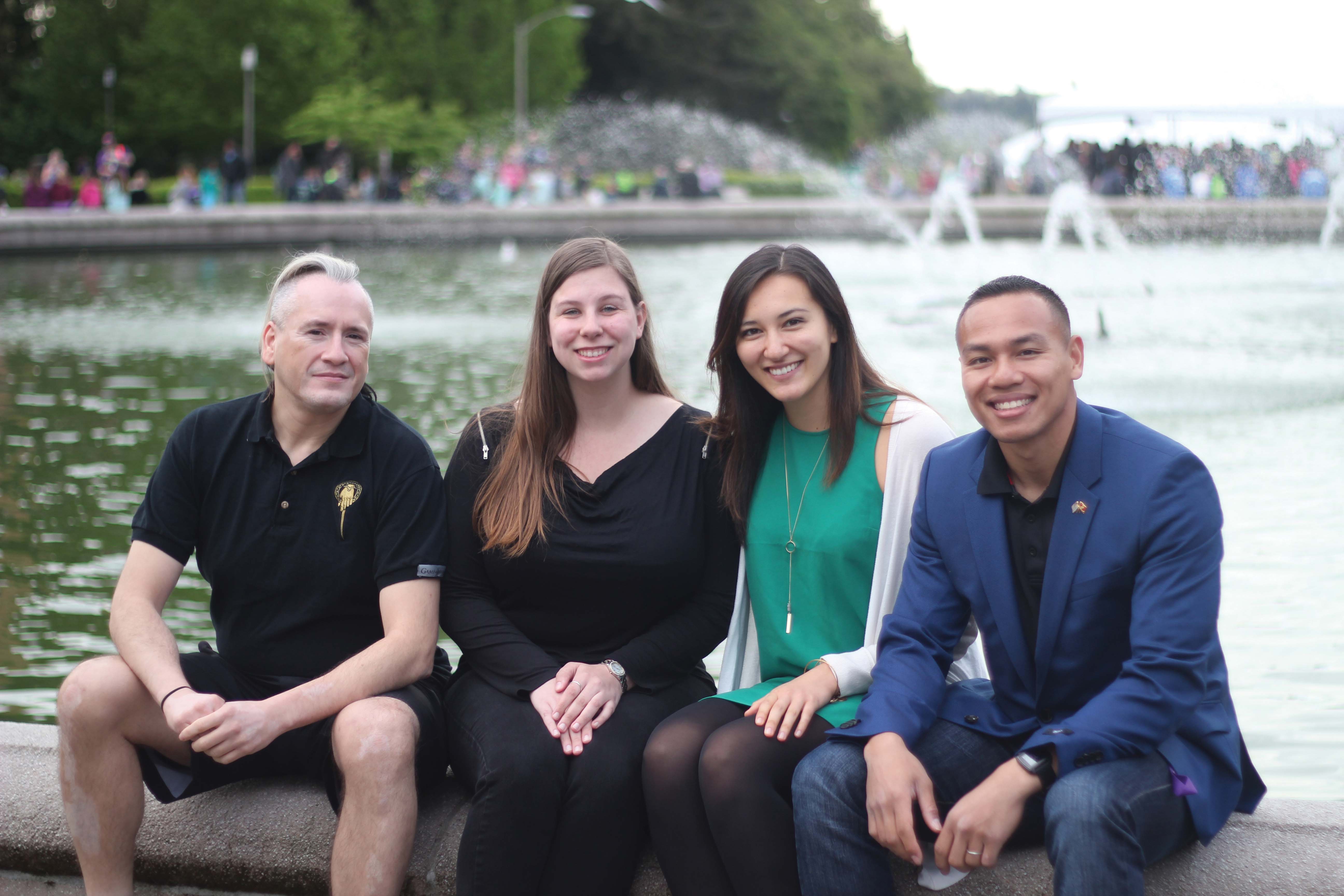 Cassandra Beaulaurier, an informatics student at the school who has since graduated, was part of the team.

The team started with a trip to the park. They visited the Longmire Wilderness Information Center and talked to park employees to learn about every step of the permit process.

Then they got to work. Designing the system was a complicated process, Cassandra said. Every step that rangers did via paper and the old system needed to be translated to a new system. The students thought a lot about how the process of submitting a permit should work. They even set up a test system. It was decidedly low-tech.

The team printed out the options on pieces of paper and asked test users to “click” through the steps. That work really helped them learn how people would most easily navigate through the system. It gave the students experience solving a real-world challenge. Between the group, they spent at least 500 hours on the project—all of which were counted as volunteer work for the park.

Cassandra said working with the park was a powerful learning experience. She appreciated having a chance to apply her skills while working with a real client. She said the staff at Mount Rainier were extremely helpful and responsive.

“The park was very supportive,” he says. “It was really positive for us as students going through a capstone.”

Lit is an active-duty Marine studying informatics at the iSchool. He said he learned a lot during the project about the process of collaborating with supportive teammates. He said it’s a skill that will serve him well in his future work with the Marines.

Ultimately, the team wasn’t able to create a perfect, working system in the time they had. They did, however, give the park a prototype. The team did a lot of work to understand the park’s needs and suggest how to meet those needs. The park is continuing to work on a brand new system, using students’ work as a foundation, but don’t know when it will be ready.

“It was a really positive experience for everybody involved,” said park ranger Kraig Snure, who worked closely with the team. “They were really great to work with.” 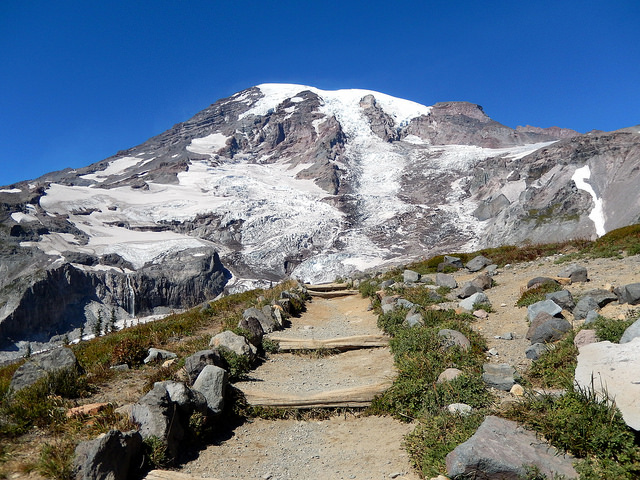 After the capstone team finished their work, a graduate student from the iSchool spent a summer internship working with the park on their reservation system.

Max Carsen spotted the job on the iSchool’s job board and was immediately interested.

“I was really impressed,” he said. “It was a great experience in a cool setting. But what got me really interested was the level of responsibility associated with the position. At a lot of internships, they think up a job for the intern. This, on the other hand, was an ongoing project, and I was coming on to actually help with the project. There was no low-level work or busywork.”

Max evaluated the work the capstone team had done. And while it was a good start, it wasn’t a finished system that the park could have ready for the 2017 season. Then Max looked at the old system, the one that been around for more than 15 years. The park wasn’t sure whether the old system could ever be fixed.

But Max discovered that, in fact, he could fix it. He moved it to a new virtual server and got it running again. He was even able to resolve bugs that had plagued rangers in past years. Max’s improved system is what the park will be using this year, in conjunction with a new system that allows users to submit permit requests online.

Max said he was given a lot of freedom to do the work and to decide how best to use his time.

“That responsibility and kind of a chance to lead and make my own decisions, and kind of get stressed out, was really good. It was a great learning experience,” he says.

More than a job

While Max was improving his technical skills, he was also improving as a hiker. As part of his job, he got to travel to many different areas of the park.

“I climbed up to Camp Muir,” he says. “That was my crowning achievement for hiking. It was very hard but very rewarding. Up there, you feel like you are on the top of the world.”

While he was boosting his hiking chops, Max gained a new perspective on his future career.

“Something great about working at the national park, beside developing my career, was that I found it really satisfying to work toward the mission the park has. It’s something worth protecting; it’s something worth doing,” he said. “I believed in working there. That was a great part of the experience there, and that will stick with me when I look for jobs in the future."