Skip to content
Ranger Found Her Dream Job Meet Sydni Snyder. Each year, Sidney participates in the great ranger migration. She’s been a ranger in national parks in New Mexico, Florida and Massachusetts in the winter. In the summer, however, she always returns to Olympic National Park. https://www.wta.org/news/signpost/ranger-found-her-dream-job https://www.wta.org/news/signpost/ranger-found-her-dream-job/@@download/image/RangerSnyder.jpg

Meet Sydni Snyder. Each year, Sidney participates in the great ranger migration. She’s been a ranger in national parks in New Mexico, Florida and Massachusetts in the winter. In the summer, however, she always returns to Olympic National Park.

Each year, Sidney Snyder participates in the great ranger migration. She’s been a ranger in national parks in New Mexico, Florida and Massachusetts in the winter. In the summer, however, she always returns to Olympic National Park. Sidney, a Bainbridge native, knew she wanted to work in the backcountry since she was a child. Growing up, park rangers and her Girl Scout leaders were her role models, and her family used to take frequent trips to the coast.

“Our tradition was to just take whatever food we had at the house and see how long we could stay out on the beach,” Sidney said with a chuckle. 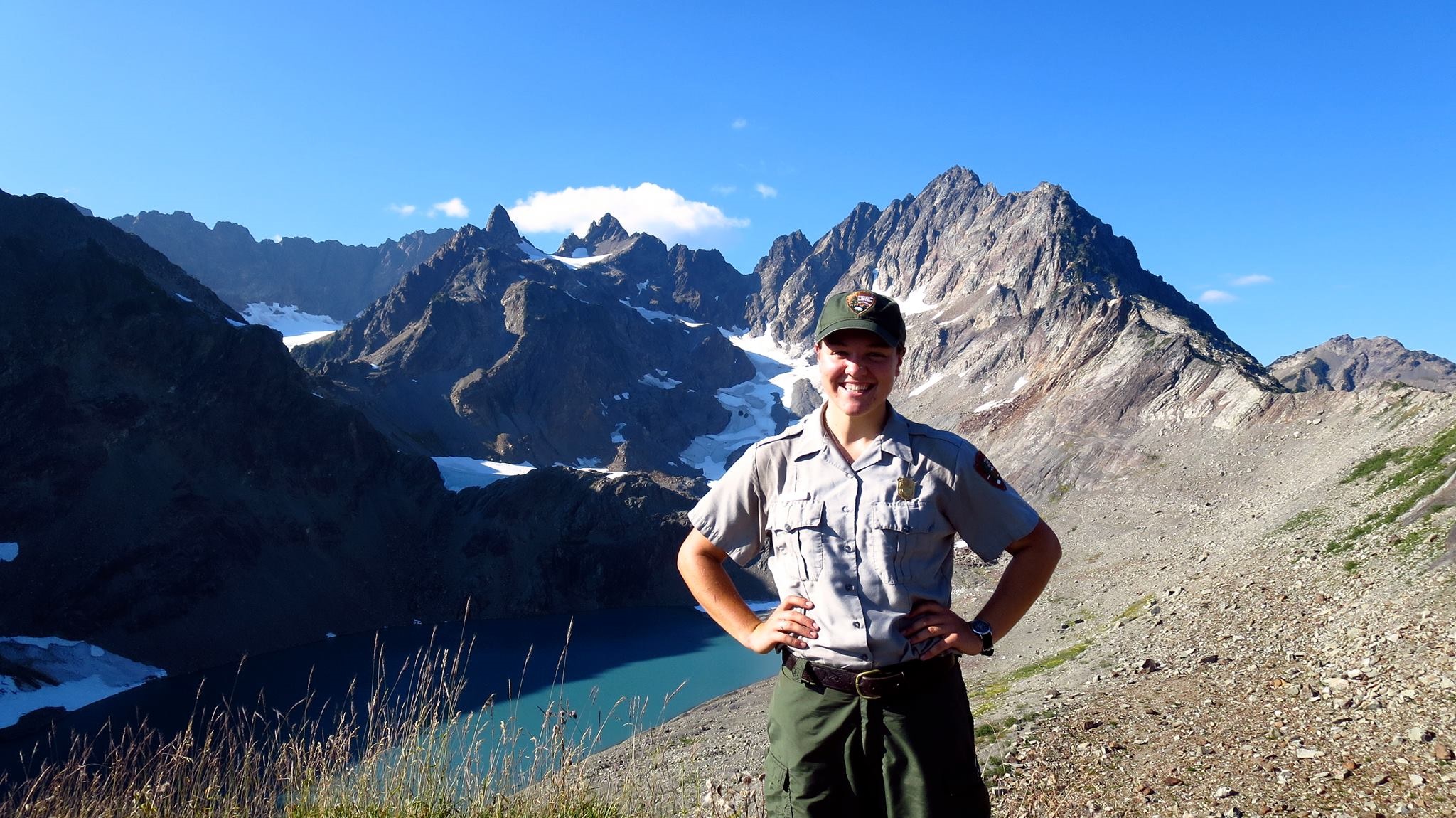 In fact, after graduating from West Sound Academy on the Kitsap Peninsula, Sidney participated in a WTA backcountry response team in the Duckabush, which solidified her dream of working in the wilderness.

Today, Sidney, 27, works in all areas of Olympic National Park— from the snowcapped mountains to the foggy coast. And her daily duties vary just as much as the landscapes of the park—from giving a visitor a mini natural-history lesson to reporting to a search-and-rescue call on her radio.

But the biggest part of her job, Sidney says, is talking to visitors. Whether it’s about making travel plans or enforcing park regulations, she is always conversing with visitors. It’s her job to give useful information to make sure visitors are safe, respect the park and have a great experience. If there’s anything she wishes all park visitors knew, it’s that for every regulation, there is a reason. The rules are there to protect the park and its visitors. This is important to her, since meeting visitors is Sidney’s favorite part of her job.

“Hands down, the highlight is seeing multigenerational families and friends out on their public lands,” Sidney said. “That’s why we all kinda get into this job.”

Once, a little girl at the park ran up to Sidney and asked what the best part of her job was. Sidney told her, “This right now! You and your family.” Unfortunately, Sidney didn’t have any junior ranger badges at the time but now makes sure to always carry a stash in her pack. 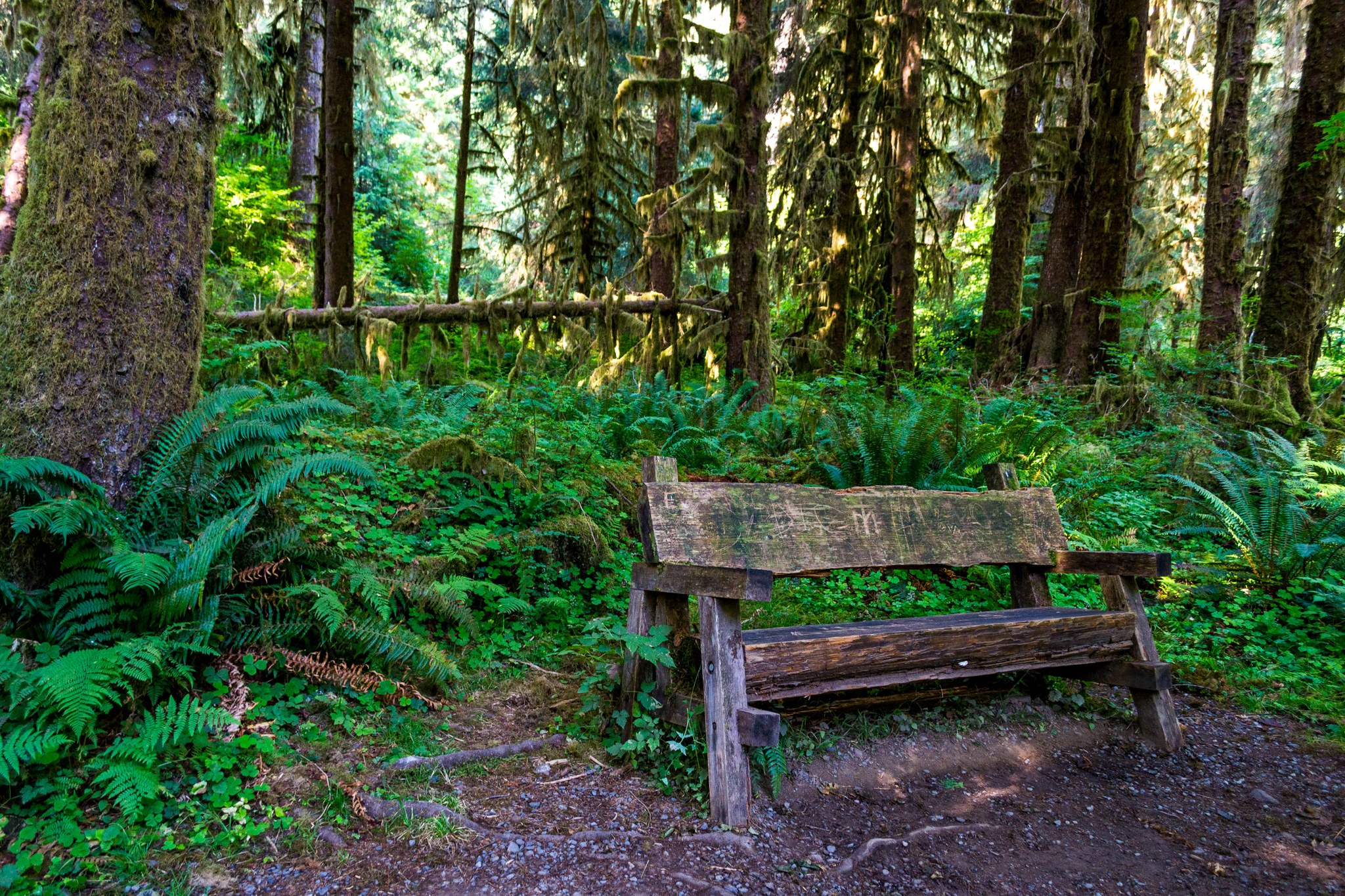 The Hall of Mosses trail in the Olympic National Park showcases the beauty of temperate rainforests. Photo by Ipick10.

Visitors are the best part of her job, but to Sidney, they also have one of the biggest impacts on the park. According to National Geographic, Olympic is the seventh-most-visited national park in the country, with more than 3 million visitors annually. Many of these visitors are inspired by the park’s temperate rainforests, alpine meadows and miles of coastline. After experiencing the wonders of the Olympic wilderness, people are more likely to want to care for and protect the park—and other natural areas as well. Take Sidney, for example, whose childhood visits to the park inspired her to grow up and do just that—and she’s not the only one caring for and protecting the park.

“I want to say thank you to the WTA volunteers for their dedication and hard work. I have had visitors comment to me about the trail conditions,” Sidney said, “and I know it’s because WTA trail crews have been there.”

As humble as she is, there is one thing Sidney can brag about. Visitors frequently tell her she has the best job in the world, and she agrees.

“I appreciate the job that I have every single day when I’m out there. It is challenging, but I do love it.”