Skip to content
Goat Removal Plan Could Temporarily Close Trails and Roads in Olympics and Cascades Get the latest info on which trails and roads will be closed while nonnative goats are relocated. https://www.wta.org/news/signpost/relocating-goats-will-impact-trails-and-roads-in-olympics-and-cascades https://www.wta.org/news/signpost/relocating-goats-will-impact-trails-and-roads-in-olympics-and-cascades/@@download/image/36560724033_dddd016730_h.jpg

Get the latest info on which trails and roads will be closed while nonnative goats are relocated. 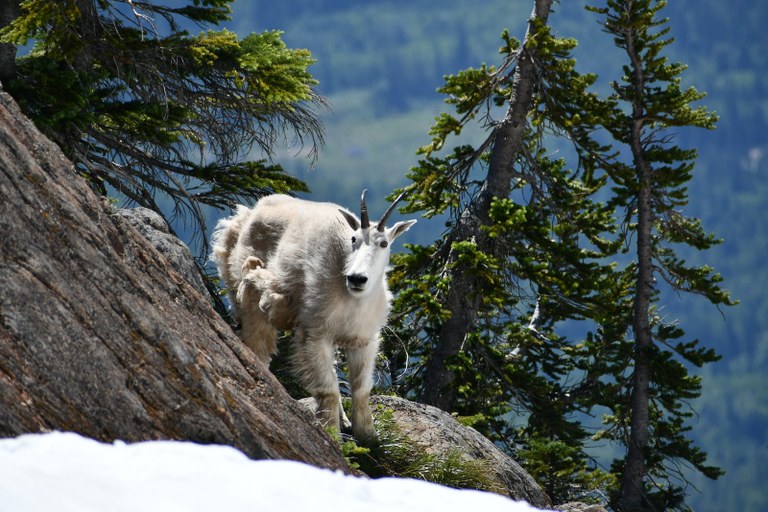 Nonnative goats will be relocated to the Cascades from the Olympics. Photo by Alli Brown.

Some of the goats will be captured and relocated to their native habitat in the Cascades and some of the goats will be killed. The process was expected to begin sometime in July. Twelve goats were brought to the Olympic Peninsula in the 1920s. The population is currently growing at about 8 percent yearly. There are now about 825 goats. Because of this growth, damage to the native environment and increased interaction with humans, land and wildlife officials determined that the removal of the goats was necessary.

While complete removal is unrealistic, the agency's goal is to remove 90 percent of goats in the Olympics. Starting this summer, the relocation and removal will occur during 2-week periods annually, every July and September, and will continue for the next two summers. When the moves begin, there will be road and trail closures (see below; advance notice of closures will be listed on the corresponding Forest Service websites).

Helicopter travel will cause varying degrees of noise and visual disturbance in the areas as well. The whole process will take 5 years, with some maintenance required for 10 additional years. 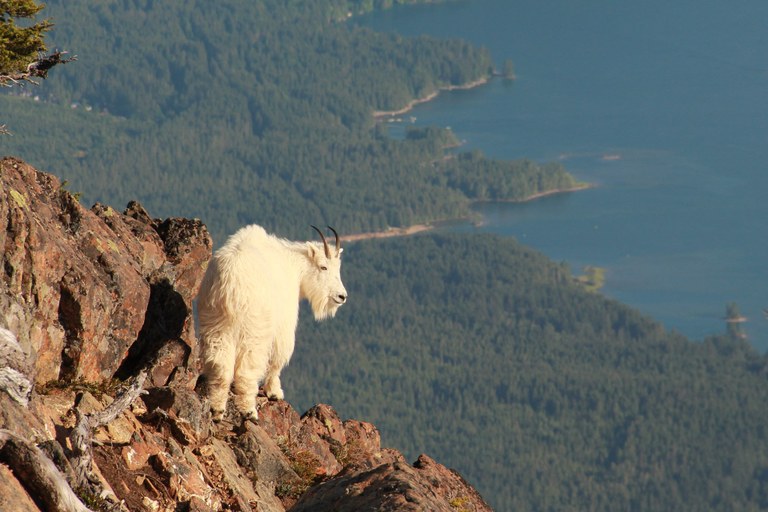 A goat perches near the summit of Mount Ellinor. Photo by James Marshall.

The agency hopes that in addition to increasing visitor and employee safety, removing the goats will also improve the natural quality of wilderness in both parks over the long term as the ecosystems move toward their historic ecological condition. Read the 320-page Mountain Goat Management Plan/Final Environmental Impact Statement  here.

This article originally appeared in the July+August 2018 issue of Washington Trails magazine. Support trails as a member of WTA to get your one-year subscription to the magazine.