Skip to content
Road to Artist Point Reopens on Thursday While the road to Artist Point will open June 29, plenty of snow remains. https://www.wta.org/news/signpost/road-to-artist-point-reopens-on-thursday https://www.wta.org/news/signpost/road-to-artist-point-reopens-on-thursday/@@download/image/35002032542_63001da603_k.jpg

While the road to Artist Point will open June 29, plenty of snow remains.

Hikers eager to drive up to Artist Point can reach the end of SR 542 after 5 p.m. on Thursday, June 29. Artist Point is the ending point of Mount Baker Highway, with views of Mount Baker and Mount Shuksan, as well as access to several trails. The earlier-than-expected opening date of Artist Point is largely due to WSDOT crews bulldozing away the massive snowfall from the winter.

While the road will be fully accessible to vehicles after Thursday, drivers should take caution, as there is still plenty of snow. A trip report on Ptarmigan Ridge by vdgraaf on June 18 includes a picture of the cleared road still lined with walls of snow. 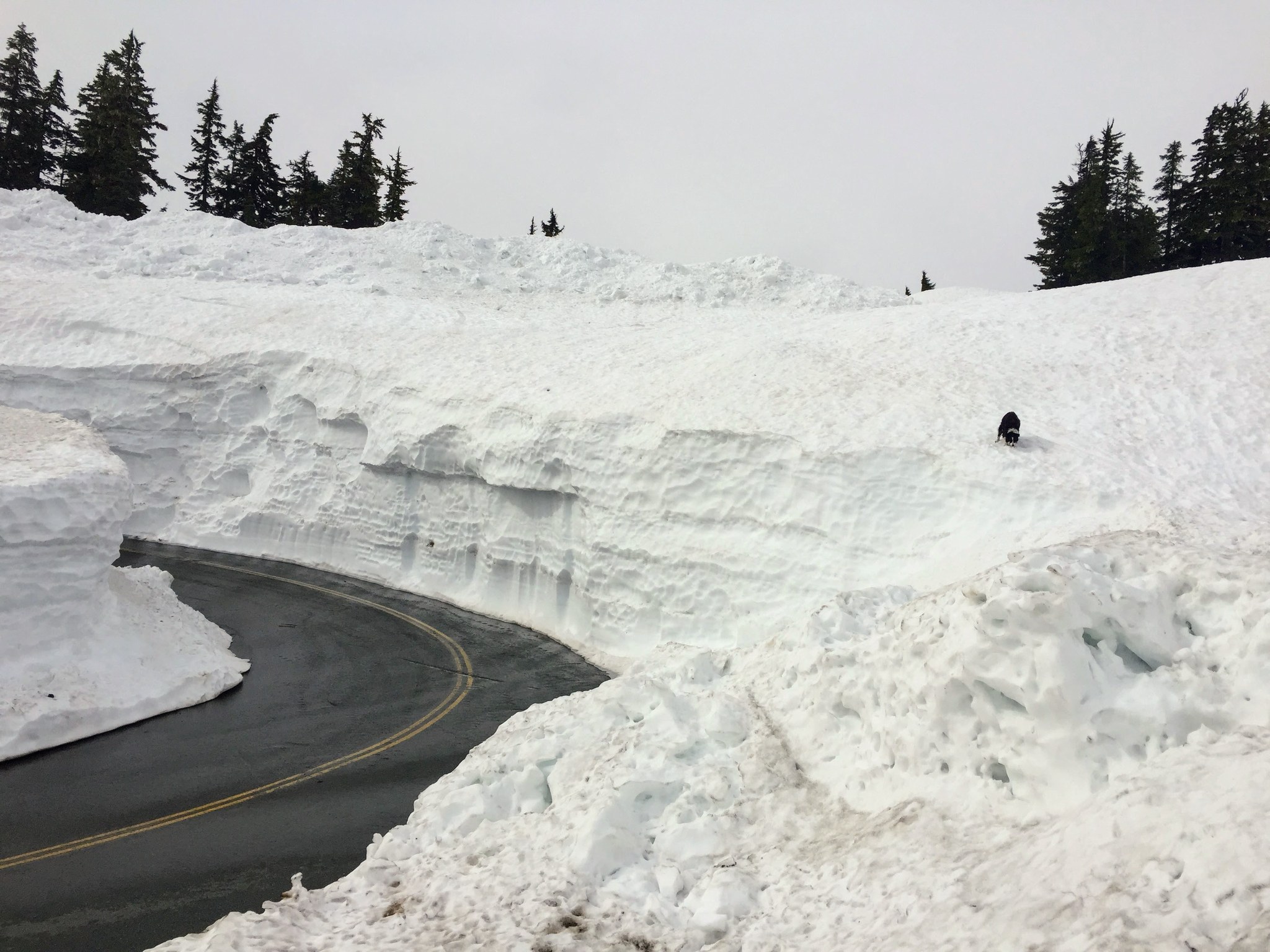 “The last time I saw this much snow was in 1999, when we couldn’t even open the road,” said WSDOT Maintenance Supervisor, Bill Joyce. “We had a lot of snow this year too, but the real challenge was the wind which created drifts more than 70 feet deep in some areas.”

WSDOT warns of brief delays near Artist Point, as crews build a new bridge over Hedrick Creek. A single-lane bypass will be in place through October, with a reduced speed limit of 25 mph.

The best time to hike the trails around Artist Point is typically after snow has melted in August and September, when you can catch wildflowers in bloom and then the fall colors in quick succession.

oyasinmitakuye@comcast.net on Road to Artist Point Reopens on Thursday

I was there on Friday June 30th, bright and early 9am; it was BEAUTIFUL!, only 3 other cars there when I arrived. Left at 2:30pm, there were a few dozen vehicles; still better than it would be the next day I am sure!