In a recent press release, the National Park Service has announced a proposed peak season fee increase at 17 popular parks across the country, including Mount Rainier and Olympic National Parks. Learn more and submit your comments by December 22.

In a press release this week, the National Park Service has proposed a peak season fee increase at 17 popular parks across the country, including Mount Rainier and Olympic National Parks.

The steep increases are being proposed to help address growing backlog of maintenance across the parks. The deadline for public comment on the proposal is Dec. 22 (extended from the original Nov. 23 date). 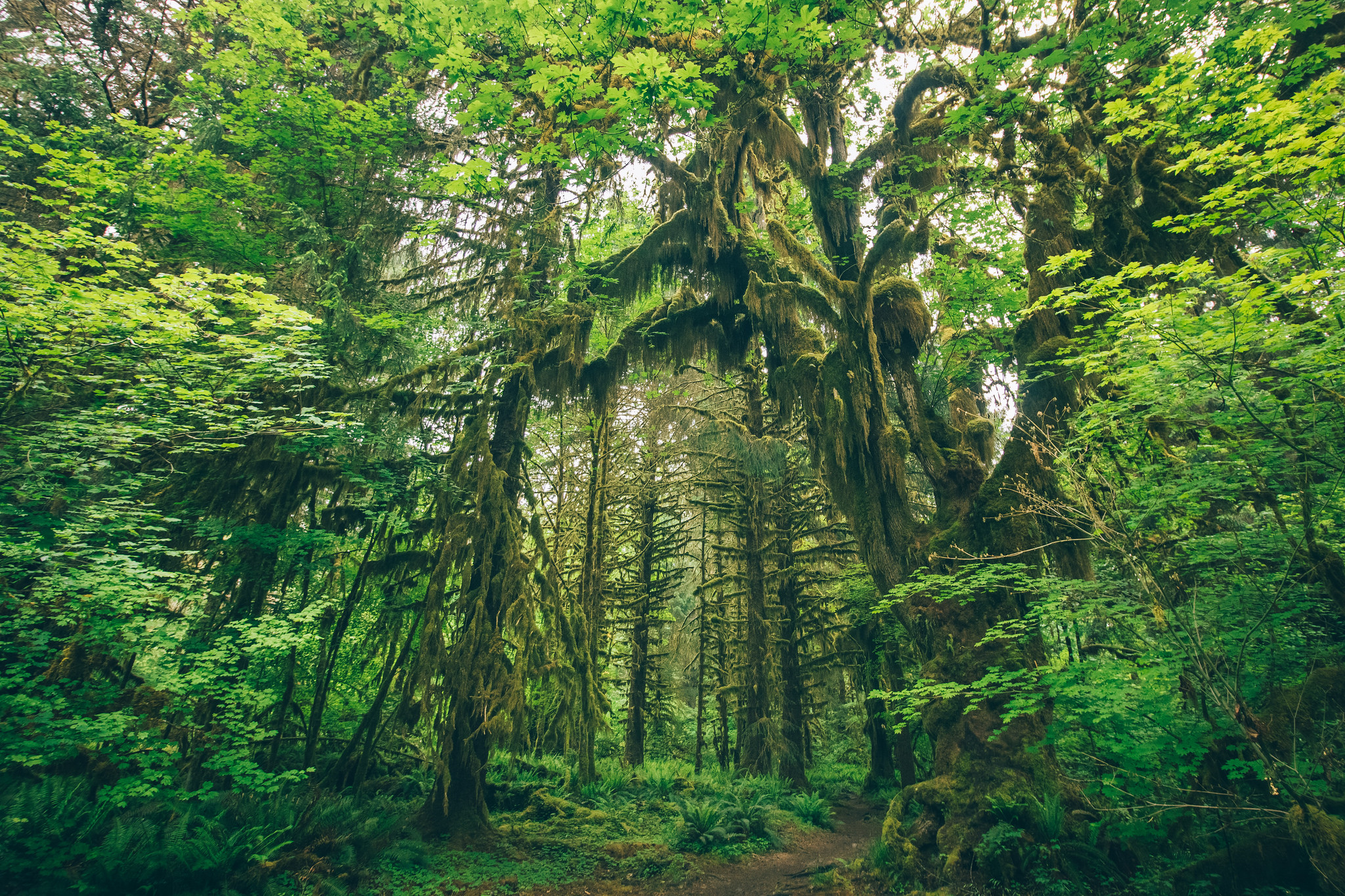 Entrance fees to the popular Olympic National Park could cost upwards of $70 per visit under the new proposal. Photo by Isabel Uriarte.

What the proposal would do

During peak season, week-long entrance fees at the 17 selected parks will increase to $70 per private vehicle. That's almost three times the current rate of $25 to $30. The fee would also increase to $50 for motorcycles and $30 for cyclists and walk-ups. The increased fee would take effect from June 1 to October 31 in Mount Rainier, and May 1 to September 30 in the Olympics.

The Interagency Annual Pass (America the Beautiful) would remain $80, and will allow entrance to all federal lands, including national parks and monuments, for an entire year.

According to U.S. Secretary of the Interior Ryan Zinke: "Targeted fee increases at some of our most-visited parks will help ensure that they are protected and preserved in perpetuity and that visitors enjoy a world-class experience that mirrors the amazing destinations they are visiting."

The National Park Service estimates this fee increase would add an extra $70 million annually, a 34 percent increase from previous years.

More Americans are visiting parks to enjoy the nation's natural treasures, but funding for these places hasn't kept up with demand for decades. Infrastructure improvements are needed on trails, roads, bridges, camps, bathrooms and visitor services.

Mount Rainier National Park alone is facing a $300 million maintenance backlog after years of underfunding. This represents just a portion of the $11.49 billion backlog in parks nationwide, according to a report released by the National Park Service last year. Olympic National Park faces similar challenges with $140 million in deferred maintenance. (National Forest and other federal lands are in the same boat.) 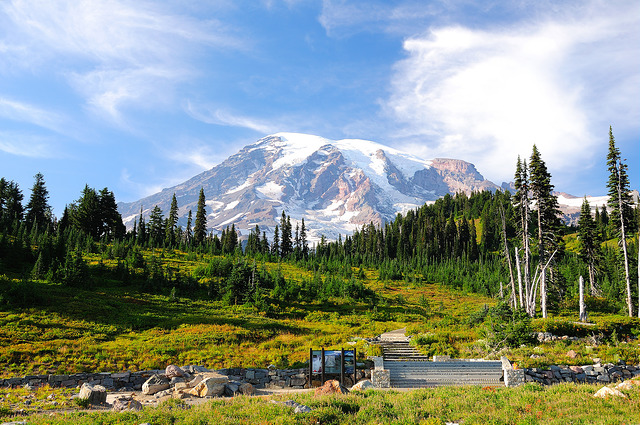 Will the proposal be good for hikers?

WTA is currently reviewing the proposal.

Sign up for the Trail Action Network for updates on this and other important issues that affect hikers.

Read more about the proposal:

Another fee that only the wealthy can afford - between tolls for those that can afford to save time to now making it difficult for families to enjoy our national parks. Ripping off the middle and lower class. AGAIN!

This is bad news. I imagine the decision has been made and this is just a way to make people think they have a say. I did comment anyway. Hope they listen.

Cassie and Brett: I'm glad you commented. Many proposals like this one have either died or been modified based on public feedback. This is why it's critical to use your voice for the issues you care about. Thank you for speaking up! --Andrea (Advocacy Director at WTA)

The $11.5 billion backlog in maintenance backlog will only get deeper unless some pretty stiff fee increases are put in place. the wealthy write the tax codes and they certainly are not going to raise their own taxes by one cent ust so we can enjoy the outdoors. What are the alternatives? Populate the Nat parks with McD's, billboards, etc? $70 is about 1 starbucks coffee/day for a month. Maybe $70/car will encourage more people to enter the parks in fewer cars.

Hi caponica, We agree that the maintenance backlog will only get worse if funding is not increased for our national parks and forests. WTA believes that Congress should do its part though and increase funding (it's gone down in the past decade or so). And there's a way to do it without asking the public to pay more -- the National Park Service Legacy Act (linked above) can provide more funding to our national parks than this fee increase would provide. We see this as the best option. --Andrea Imler, WTA's Advocacy Director

Does this fee allow a carload of people to enter, stay indefinitely, and use a campsite? If so, $70 is probably too low a fee. If it's a one day hikeabout, then yes, it's too high. I don't want to comment unless I know all the facts.

Hi scottsemans -- The $70 fee would replace the current entry fees at Mount Rainier and Olympic national parks from the current $25 fee to $70. This entry fee/pass is good for a day pass (good to up 7 days of entry, although many use this pass for 1 day only) for one vehicle. It does not include camping. -- Andrea Imler, WTA's Advocacy Director

I don't like to pay more, but the reality is that parks need that funding and Congress can only redistribute our tax money, so it's still the public that pays for it. I'd rather have a straight path from my wallet to NPS, instead of relying each year on politics of budget redistribution.

According to a Nat Park Service report of Sept 2016, Washington State alone has a deferred maintenance backlog of $394 million. The National Parks Legacy Act will only allocate $50 million/yr nationwide for years 2018, 2019, & 2020, and go up incrementally each year thereafter. There will be many other special interests fighting for the same dollars. $50 million is really peanuts in the federal budget, but to expect that this amount without a substantial entrance fee increase will even come close to help solve the problem is beyond wishful thinking.

I can't see how just jacking up prices on weekly passes, that *may* bring in an additional 70m a year, over the entire park system, will cause much of a dent in fixing an 11.5 billion dollar backlog. It may be justifiable to increase fees, but without any accompanying increase in federal funding, it will do little. Additionally, a 70$ fee for a low-income individuals may indeed prohibit them from being able to enjoy our parks- however, they can still take advantage of the America the Beautiful pass, which now costs only 10$ more than a weekly pass, but lasts an entire year, at all national parks and federal lands. As long as that option is available, access for those with less means is still possible. I hope that is not their next target.

I do not agree with this price structure or the method in which the National Park Service is administering it. Equitable access to our National Parks is very important to me, even with the NPS facing major budget deficits that should have been addressed years ago. Now, in a mad dash effort it seems, the proposal is trying to fix it all at once. Here is my two cents:

I will use Mt. Rainier Np in this example: a 280% increase in price year to year is far too shocking financially for most people/families. Why not disperse the 280% price increase incrementally over a 5-10 year period (50% year to year)? An incremental increase looks far better, and will allow families and park goers to digest it far easier, than piling on an offensive 280% increase in entrance fees.

Why will the $80 National Parks and Federal Recreational Lands Annual Pass remain the same price? If the NPS wants to increase some funding dollars, there is nothing more defensible than raising the price of this pass - it is an absolute bargain that I have been capitalizing on for years now. However, not every person/family can afford to buy a $80 pass, therefore they may go once a year and pay $25 to enjoy the park. Raising this cost to $75 will take that privilege away for many. I would expect to see far fewer complaints by incrementally raising the price of the National Parks and Federal Recreational Lands Annual Pass.

As a tax payer, citizen of this country, and avid user of our National Parks – I advise the NPS to not risk taking the access of these spectacular lands away from the financially disadvantaged or underrepresented. By raising the price of access to an unattainable, and extremely offensive fee, that is exactly what this proposal is doing. One visit can change a child’s or adult’s perspective on life. And no price increase is worth jeopardizing that.

National parks are NOT supposed to be a rich only place! They are also supposed to be paid for and maintained as a priority by the Federal Government!!!! The lack of funding has caused the issues with the backlog at all of the parks. Restore full funding to the parks!!! Let's get back to being a nation where all share in the bounty of the nation and not just the rich!!!

This fee is too high for most people to afford. We need to continue to make our NPs affordable to everyone. NPs were created so everyone could enjoy nature. I understand that the Parks need more $ to repair roads and for upkeep. Congress needs to appropriate more funds. Our NPs are our nation's treasures and we need to keep them open and affordable to the public.

I am one of the fortunates that purchased the $10 senior lifetime pass (that has recently increased to $80) is this fair when it costs $70 for a single entry? this should be revisited. Is the fee increase a step toward privatizing the parks? Trump Land? Where is the revenue for timber and mining leases? Just some thoughts.

I enjoy the senior discount but had to comment for "the rest of us." I feel the National Park System is in a downward spiral towards finally pricing itself out of the business of which we all are so fond of. We understand the costs involved with maintenance and improvements but there's a limit to just how much involved(financially)we can be.

While it is unfortunate I think this is a price that most families, even those in a lower income bracket, can manage with minimal financial suffering. However, it is a band aid on a serious issue, and as such will only stem the issue for a short while. If they try to hike this price in the next 2 decades the NPS is in for a world of hurt, once you're over $75 it's ridiculous. Hope they have a meaningful legislative fix on the federal level instead of punting on the issuse.

Ignoring the important aspect of equitability for a moment: How do we know that this punitive rate won't shrink overall revenue if people simply don't choose to show up. I suspect this is what our corrupt administration wants in order to justify further cuts.

Increasing the fees so dramatically will have a negative effect on the number of visitors the park will recieve as it will be unaffordable to poor and minorities and will make others such as myself who can afford it think twice before paying so much for a single day entrance fee. With a decline in visitors the parks will receive less funding overall. It’s simple economics. It’s a bad idea. Unless of course the ultimate goal is shut down the parks and sell off mineral rights...