Skip to content
Antoine Peak - Robbins Road Snowshoe Loop Ascend via an old logging road that switchbacks up the moderate grade, offering occasional views of the Foothills of Mount Spokane to the north before entering a recovering forest. https://www.wta.org/go-hiking/hikes/antoine-peak-robbins-road-loop https://www.wta.org/site_images/hikes/robbins-road-by-todd-dunfield.jpeg/@@download/image/Robbins Road by Todd Dunfield.jpeg 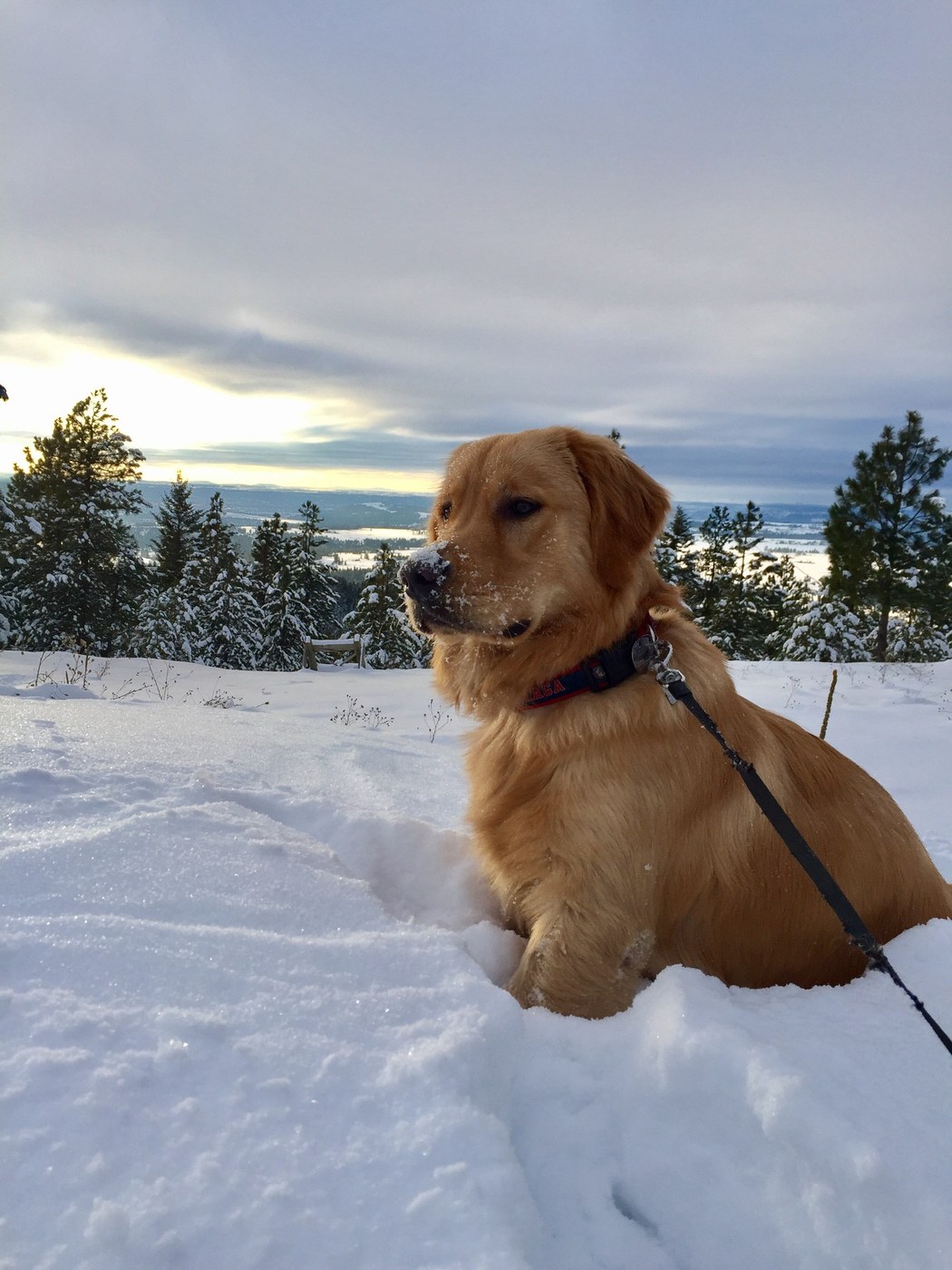 5 Trip Reports for this trail, below

Ascend via an old logging road that switchbacks up the moderate grade, offering occasional views of the Foothills of Mount Spokane to the north before entering a recovering forest.

Note the variety of trees present, from the dominant Ponderosa pines to the occasional western juniper. At the crest of the climb, enjoy the view of the Spokane Valley towards the city of Spokane.

To the west, one can glimpse the old Riblet Mansion, now Arbor Crest Winery, on the cliff overlooking the Spokane River. Then descend via the old jeep trail down the steep grassy slope, due for reroute in the fall of 2015. This short loop is still enough to get one's heart pumping, with options for further exploration should one choose to visit the summit of the namesake peak.

With enough snow depth, this is a good route to explore on either snowshoes or cross-country skis; if the snow is sparse, pack micro-spikes instead.

Take the Pines exit on I-90 and proceed north to Trent Ave. Take Trent east to Evergreen, and continue north on Evergreen as it turns into Forker Road. At the top of Forker Hill and at the intersection with Bigelow Gulch, turn east on Brevier Road. Follow Brevier for just over a mile, then veer south on Robbins Road. The parking area is at the top of the hill on the east side; do not block the gate. 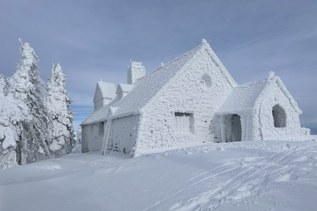