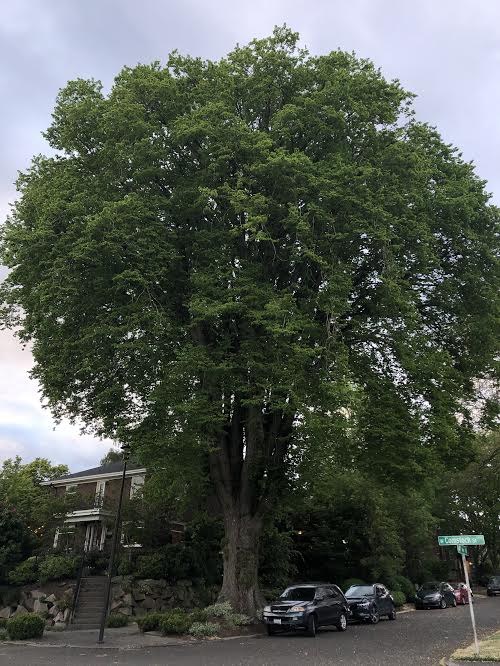 Not too long ago, I made a discovery that changed my local hiking. It's an app, created by the city of Seattle called Seattle Tree Walks.

The past almost-three months have meant a lot of time spent in my immediate neighborhood -- Upper Queen Anne. I think my longest streak was 47 days not leaving the top of the hill in a car. Needless to say, sometimes my daily walks got a little monotonous, especially coupled with the fact that I was already walking in my neighborhood (of 6 years) about 4 miles daily, pre-pandemic. I am serial walker.

So, when I discovered the app, it gave me an entirely new perspective on the same routes and streets I've been around for the past 6 years. Basically, there are a dozen or so tree walks spread throughout the city. Each mapped route has numbered trees, which you can click on to learn about the species and sometimes the specific tree itself. The route I did was 1.45 miles, basically flat and had 27 different trees pinpointed. The route suggests you start from number 1 but I just walked to the closest number to me and picked up from there.

I learned what my favorite local tree is (a Chinese Elm that is so wide, its branches stretch across the entire street to the opposite sidewalk). I learned it is rare in Seattle and resistant to the Dutch elm disease that has claimed many stately trees in the city. I found several Giant Sequioas, found out the name for the Alaskan Weeping Cedar and details on 11 other conifers... while I like to think of myself as pretty decent in identifying native trees when I'm out hiking, I had no idea that the entire city was basically an arboretum. An added bonus for me: a couple of the trees are located on something called the Black mansion property. It's a gated home that takes up an entire city block and I've always wondered about it. Thanks to the app, I found out the name of the property and did a little historical research on my own!

I've done this route several times now, and am starting to learn how to ID these species in other sections of the neighborhood. I find that I'm being more mindful on my daily walks, much as birders and flower hunters probably are. Recently, on a stretch of street that I've walks on hundreds -- probably thousands actually -- of times, I looked out and instead of looking at the Olympic range in the background, I found myself staring at how, in one single frame, I could count 7 conifers and 4 deciduous trees. I don't know what they all are, yet, but one day I will :)

P.S. each walk lists let's you know the accessibility of each walk. For example, mine said: "not uneven", "no stairs", "not steep" and "sidewalks". 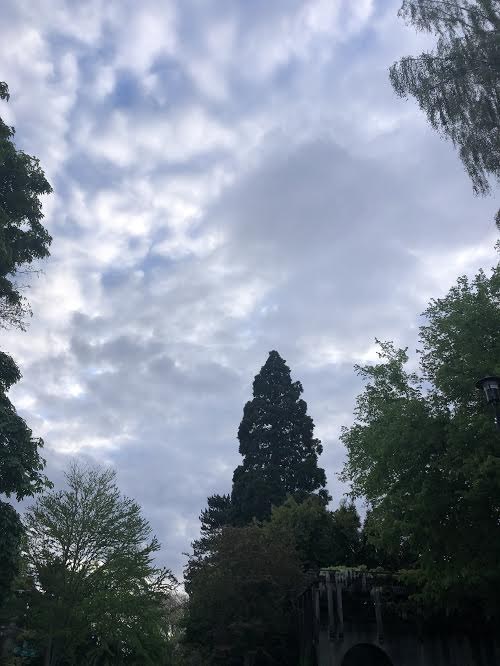 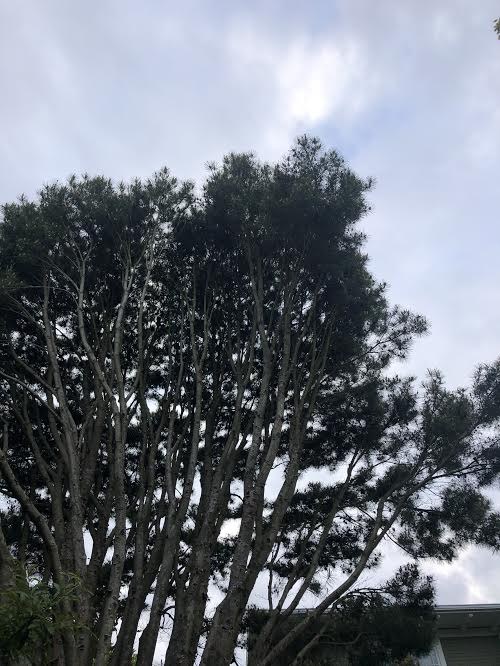 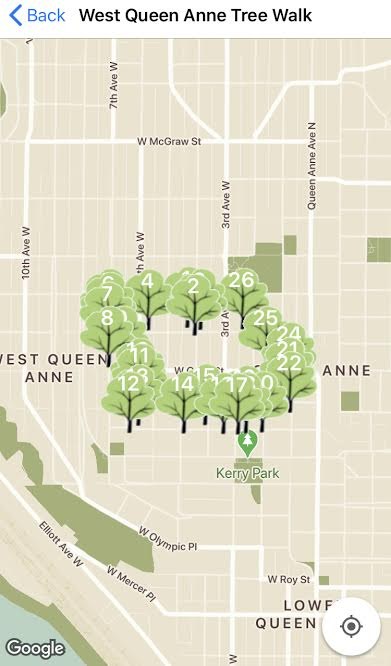