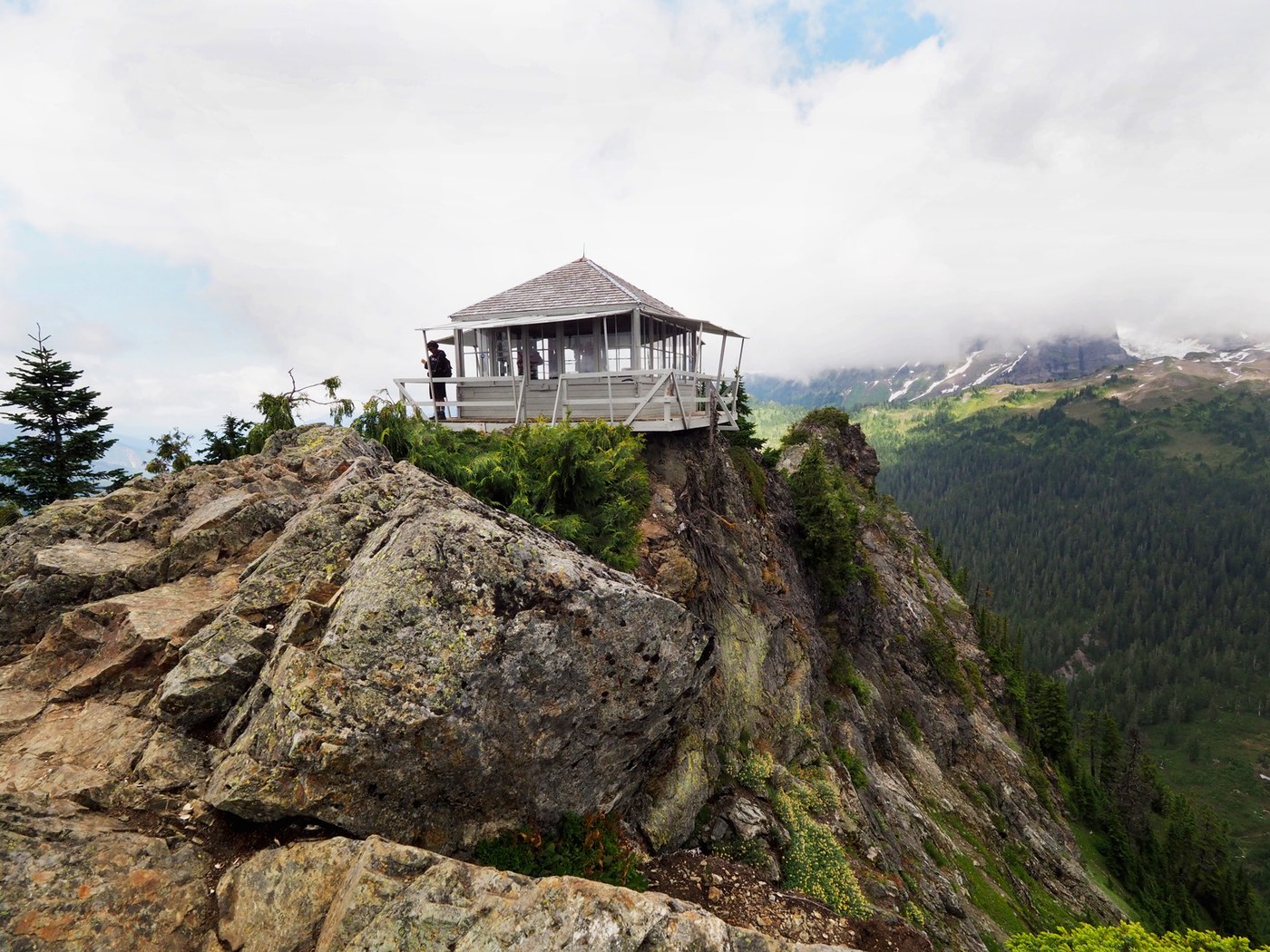 Cool temperatures today around 50 degrees and probably lower as we gained elevation after leaving Morovitz Meadow and got into a breeze. We were teased with openings in the clouds around Mount Baker, Lincoln and Colfax Peaks but the best we could see into any elevation was the lower southwest flank of Mount Baker and the Deming Glacier.

There were not to many people on the trail on the way up but we met a lot more coming up as we headed back. We spent about fifteen minutes at the lookout where there were about five people, us included, but when we left there there lots of hikers coming up the last hundred feet so we were able to avoid the crowd at the top. We ate lunch at a landing about fifty feet below the lookout and then headed back down.

There are lots of wildflowers in bloom and the blueberries in the meadows are about two weeks from being ripe, although I found a few small ones that were pretty sweet and tasty.

An opening to the Deming Glacier. 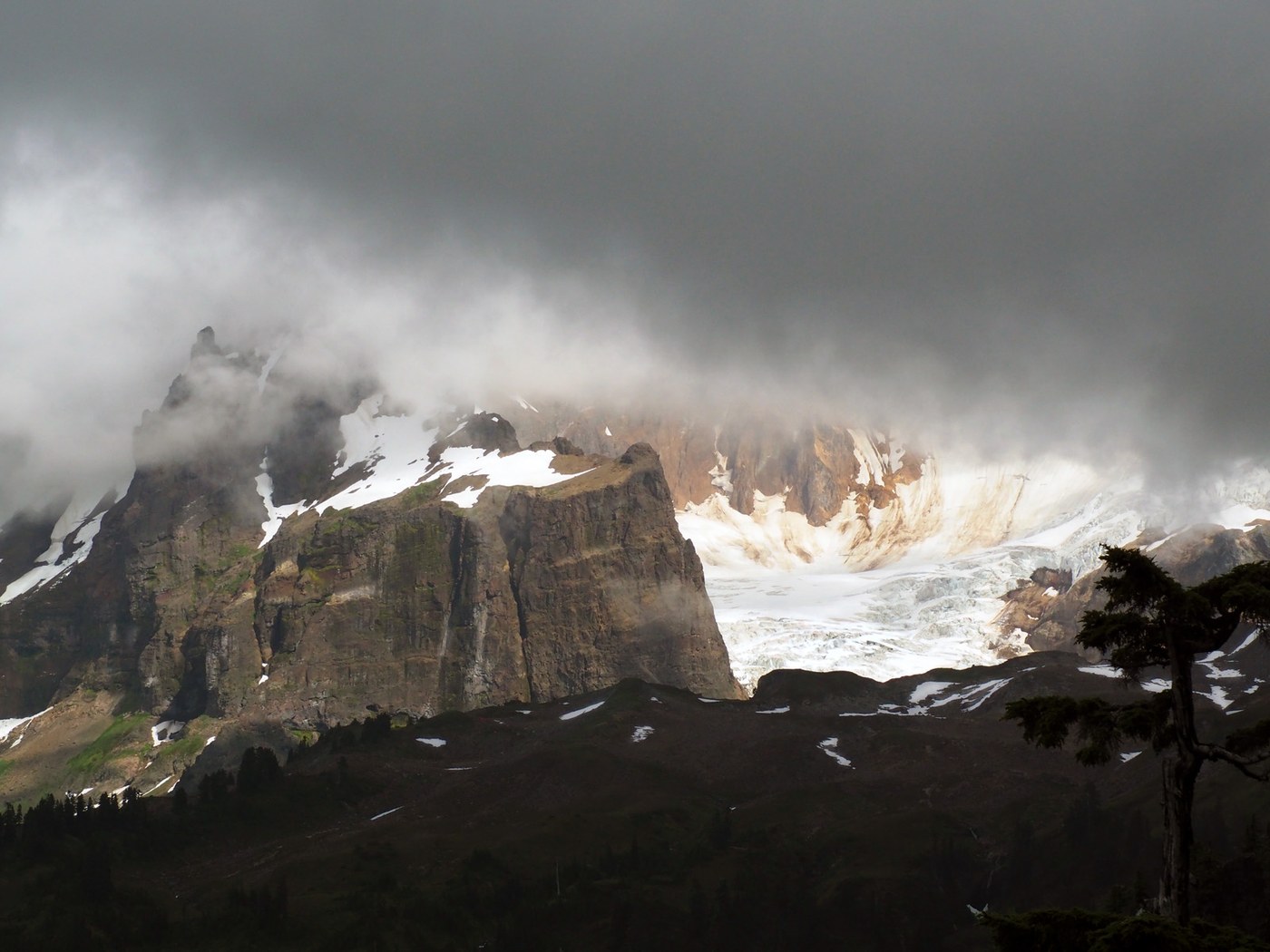 Signing the register in the lookout. 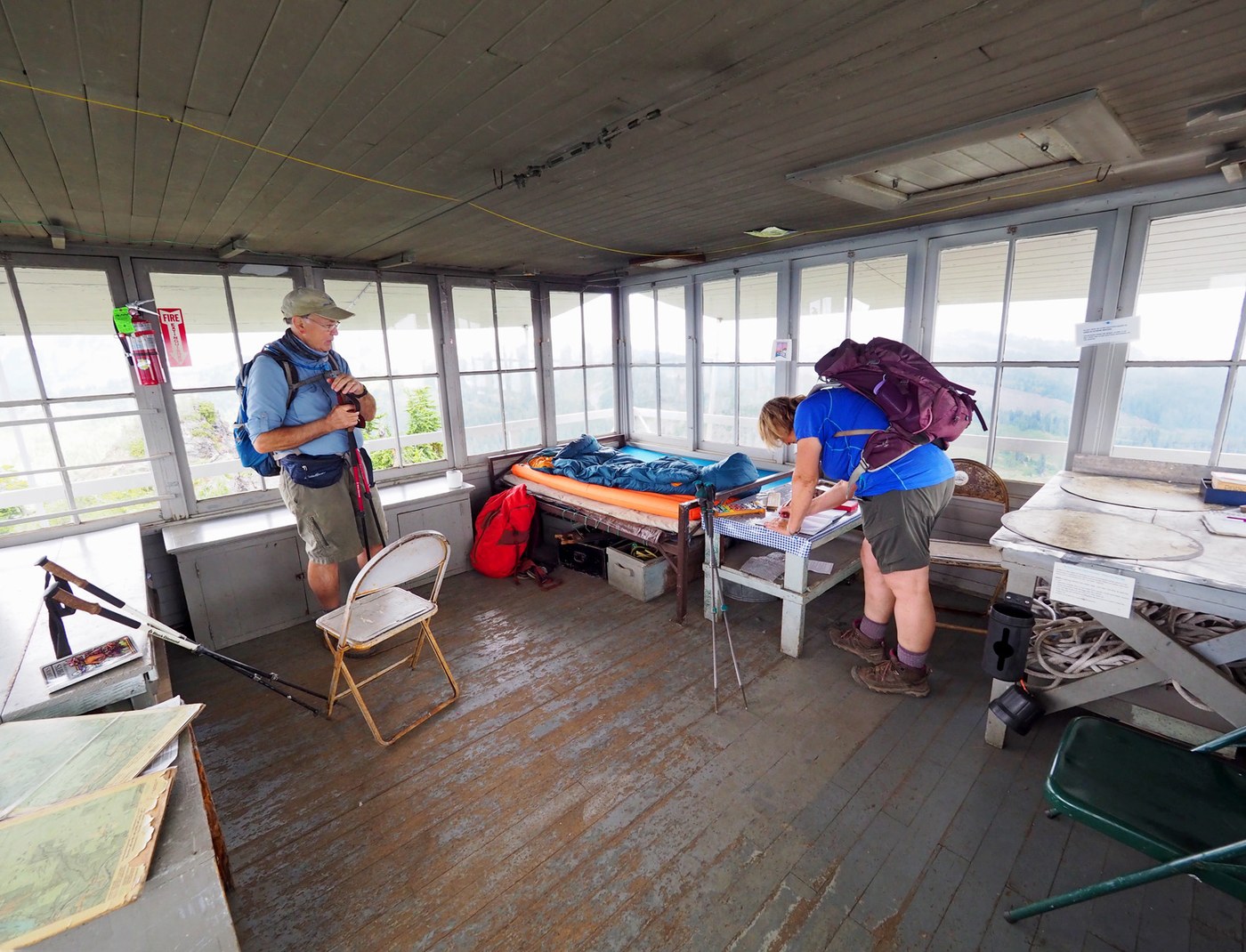 Always looks arduous from this point. 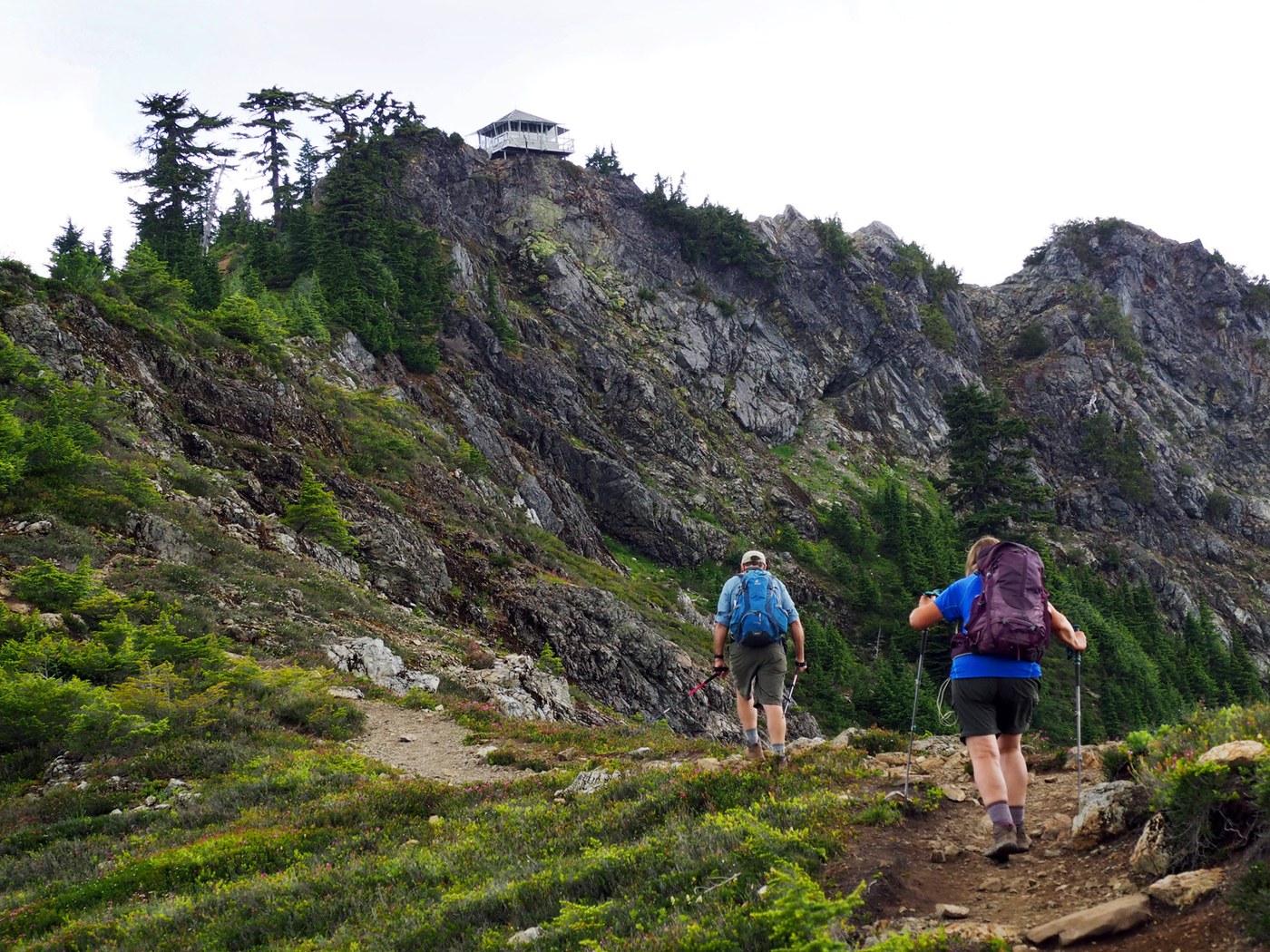