Print
View from the trail, Anne B 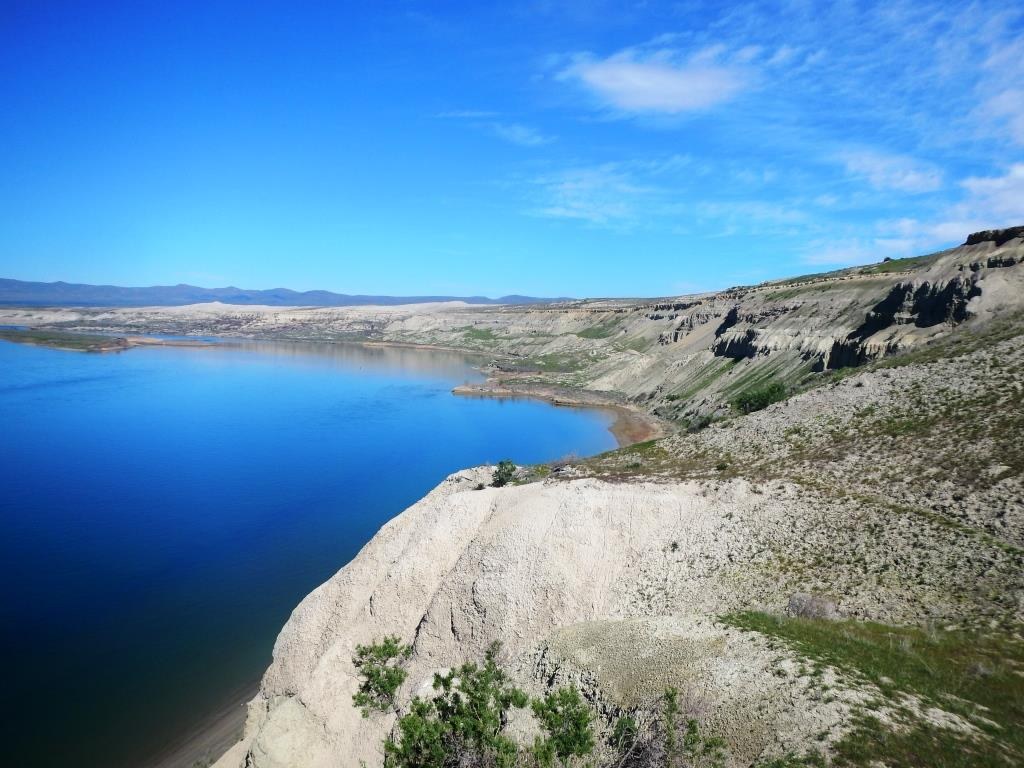 these trails in our Hiking Guide
A group of six and three dogs took advantage of this gorgeous unusually warm spring day to hike the trail out to the dunes. On the way down, we saw sand hill cranes outside Othello, and as we entered the reserve there was a herd of elk watching us carefully as we stopped to say hello. We parked at the little gravel loop drive at the start of the trailhead where there were already two cars parked. Then we quickly zipped off down to shorts and T's as the sun was beating down and hit the trail. I had never been here in the spring time, and think we were a little early for the explosion of wildflowers, but did see yellow bells, the balsam root just coming up, and other unknown yellow flowers along the trail. There wasn't a single boat spotted on the mighty Columbia, which made it feel like it must have been during the days of Lewis and Clark, except for the few remaining buildings once supporting the nuclear production of plutonium during WW II and during the Cold War. We climbed up to the first dune, where we had lunch and were greeted by some cool wind and spectacular views. A single deer was spotted on the island, and lots of swallows, raptors, geese and other birds were observed as well. The doggies were a little overheated, so most of the group headed back at this point while a couple others kept on to the next dune. The hike was about 5 miles long, and took about 3 hours give or take as we stopped to check out the cool Ringold Formation of sedimentary sand and siltstones that are everywhere as well as glacial flood deposits carrying granite and other rocks probably from as far away as Montana or even Canada. We were glad we carried a lot of water and put on the sunscreen so our winter white legs didn't turn red! The previous trip report is very well written, and gives great directions (thank you!).
Approaching the first dune, Anne B 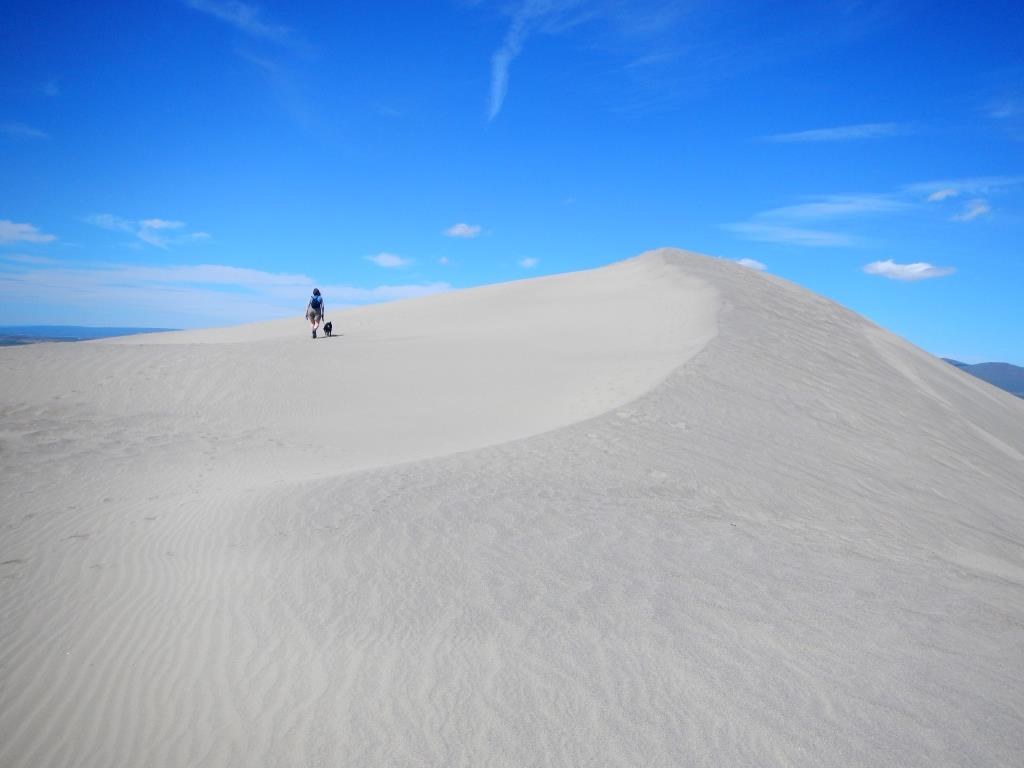 Lunch on top! Anne B 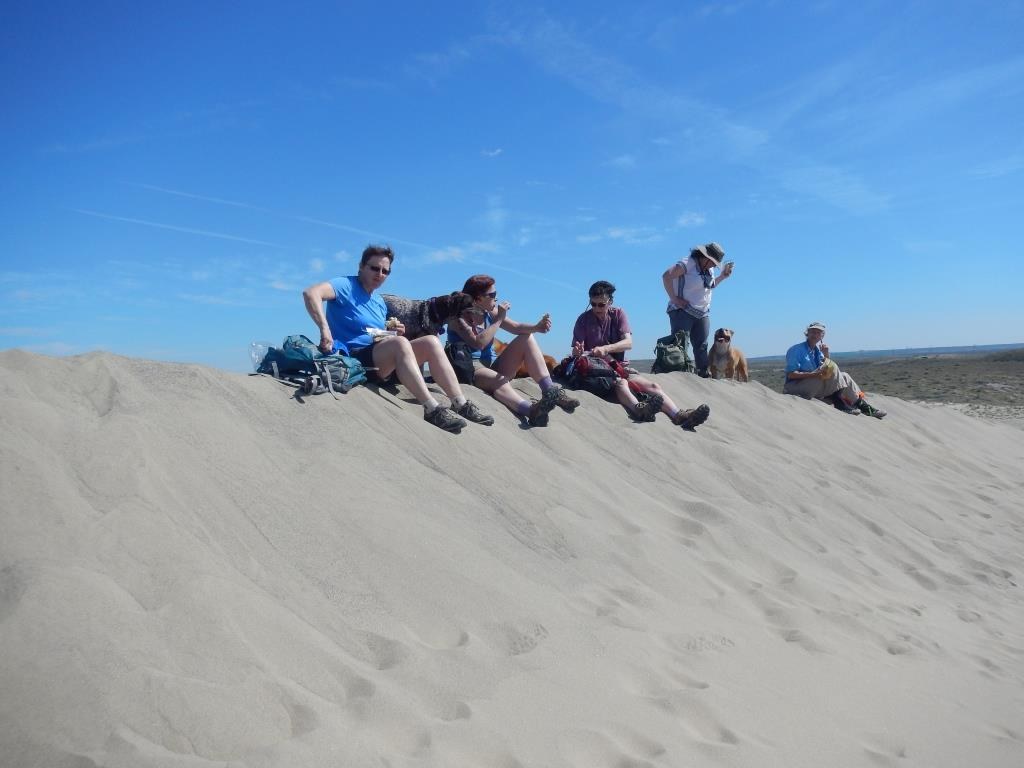 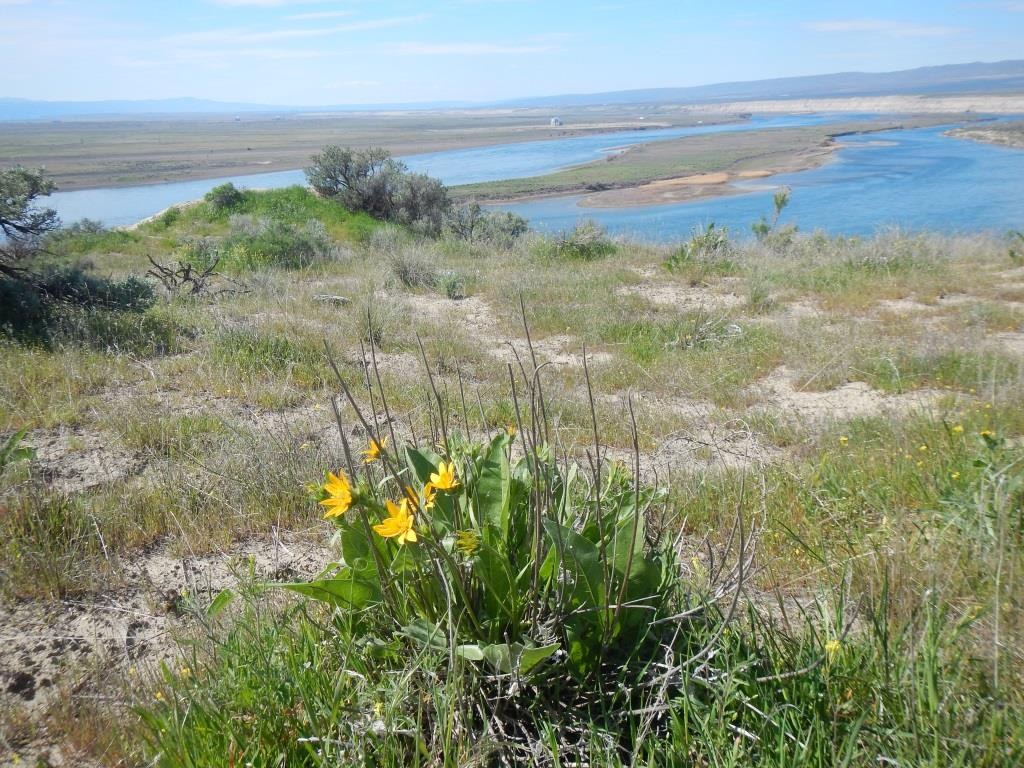 Looks gorgeous -- I can't wait to get out that way myself. :)