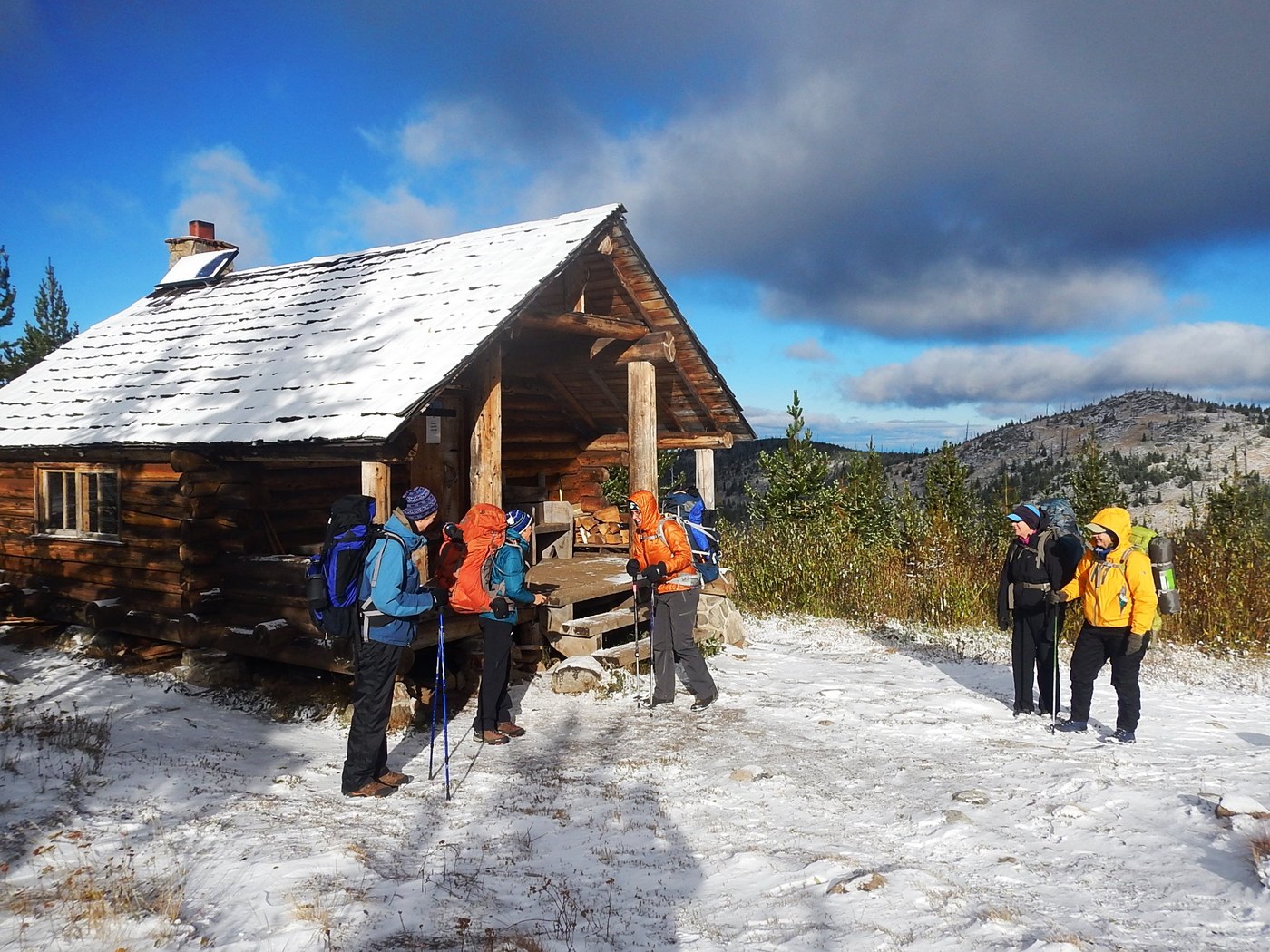 these trails in our Hiking Guide
I think the Kettle Crest is one of the most diverse, serene, and adventurous places to hike in Ferry County – anytime of the year. But of all the times I’ve hiked or snowshoed here, I’ve never gone to Snow Peak Cabin! So earlier this spring when some friends wanted a suggestion for a fun backpacking trip, I immediately looked for a free weekend for the cabin and found Oct 8 -10 available, and heck, it can’t be that cold or hot in the shoulder season, right? The forecast called for 90% rain on Saturday, and 70% on Sunday, but we got lucky as the only precip that fell was on the drive over, and both nights. We decided to use Craig Romano and Alan Bauer's “Best Hikes for Dogs” route off Hall Creek Road, instead of the usual parking lot at Sherman Pass. This was a good decision, as the road is in great condition, plenty of space for parking, and the trail leading up is more pristine than the other more heavily used trails. Our group of six converged here from Wenatchee, Spokane and Moyie Springs, with stuffed backpacks – but NO tents – Yay! …we could stash some extra goodies for the nights in the cabin. Romano and Bauer's hike description is very accurate – 3.2 miles up with about 1500 feet elevation gain. We hiked up in the fog, so never even saw the cabin until we were within 100 feet of it. But it was a sight to behold! The back half of the cabin was piled high with about 2 years’ worth of firewood, the porch held a half dozen lawn chairs, and the inside was stocked with 4 cots, a propane cookstove, all the utensils you’d ever need, and some other fun things that you’ll have to wait and see for yourself. The gigantically tall outhouse is about 100 feet from the cabin, and there is a steel bin near it to store food or other items. Snow Peak and the western landscape is the dominant view from the cabin, but a short walk leads to views to the east and south. On day 2 the sun decided to make its entrance, so after breakfast and coffee we decided to hike south towards Bald Mountain. The larch must have been near peak, as the hillsides were covered in patches of yellow. We continued around Bald Mountain for about 3.5 miles before bushwacking up the ridge to get some more views. The trail is pretty easy going – especially since we switched over to little day packs. After we returned, one of our group was still itching for more, so she climbed the lower peak of Snow Peak while we watched her progress and had some evening beverages from below. The temps started dropping as soon as the sun set, and we could feel a change in the air. Then it started to snow – just perfect for the serene setting! So after a night of games, we settled in, but most of us didn’t sleep so well, as the wind was whipping outside and it started getting really cold in the cabin. Later on we found that the door had creaked open a few inches as we had forgotten to latch it shut… But the morning sun across the newly white landscape made it all worthwhile – wow, what a view! I can’t say enough about this short but awesome backpack adventure to the cabin. Maybe it was because of having great friends along, good food and endless entertainment, and places to stretch your eyes and feel like you’re the only people on the planet, but I do know that this is one place I keep returning to for good reason. So, go rent that cabin and have a fun adventure up here! Note: I checked various online and book sources about water availability. I wasn’t too concerned about it as most said there was a reliable spring nearby. So we only carried enough water to get us up to the cabin (about a liter each). The spring is about 200 feet shy of the cabin along the trail, identified as a big plastic black trough with white pvc pipe carrying water from an upstream spring. We filled and refilled our water jugs and steripened the brownish tinted water. However, as we were heading out on the last day, we noticed that the trough had frozen over and was rock hard – no water coming from the pipe. So, if you’re heading up here in the shoulder season when there is no snow, be aware that this water source may be frozen. We did notice a smaller spring earlier – maybe a quarter mile before this one, which likely runs year round but is a slow, muddy trickler across the trail. So we got lucky without carrying much water, but my advice is to check and see what the temps are a few days before you head out to make sure water is available here. Of course you can probably just melt snow from here on out this year!
Fall Color, photo by AnneB 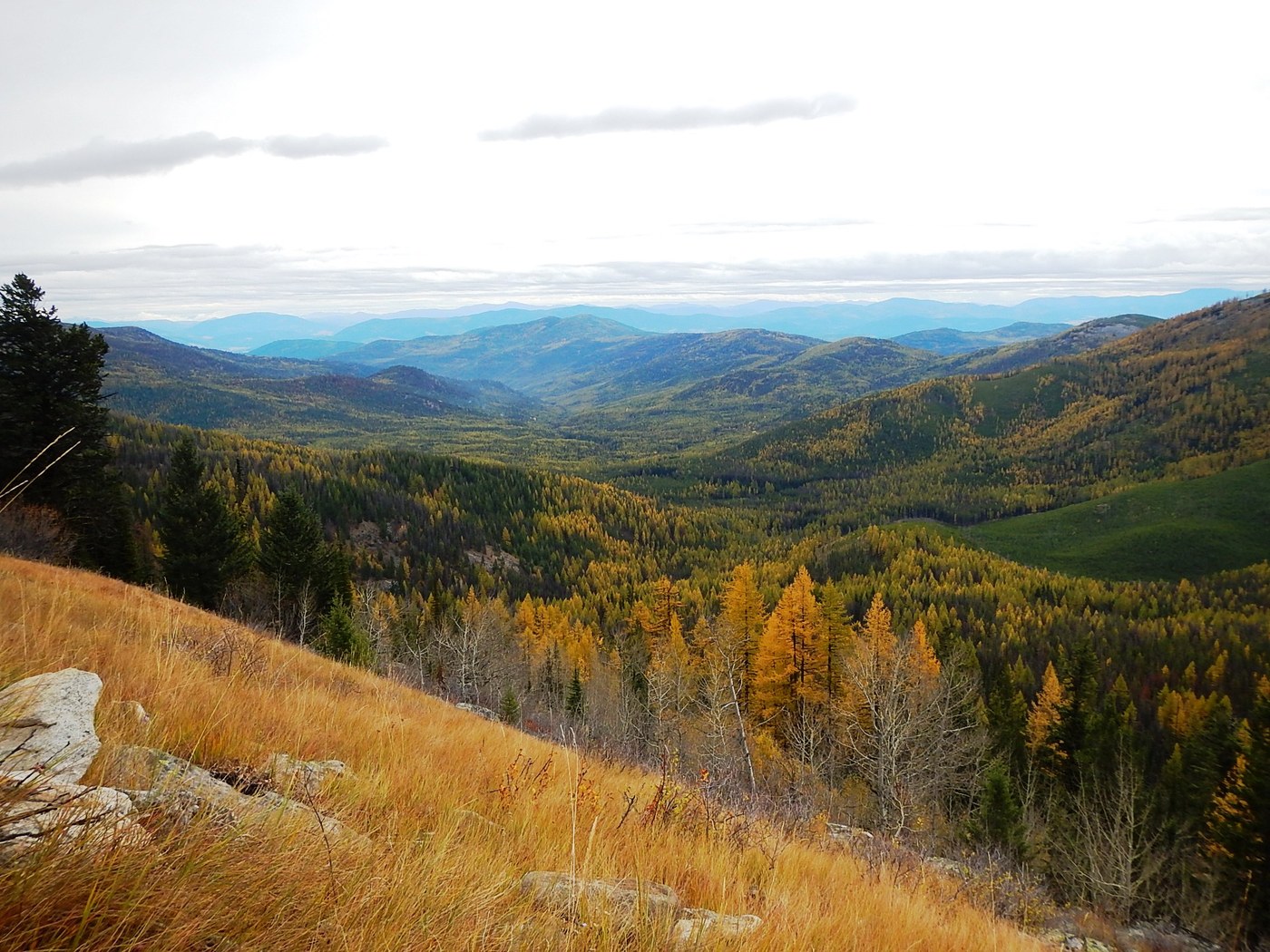 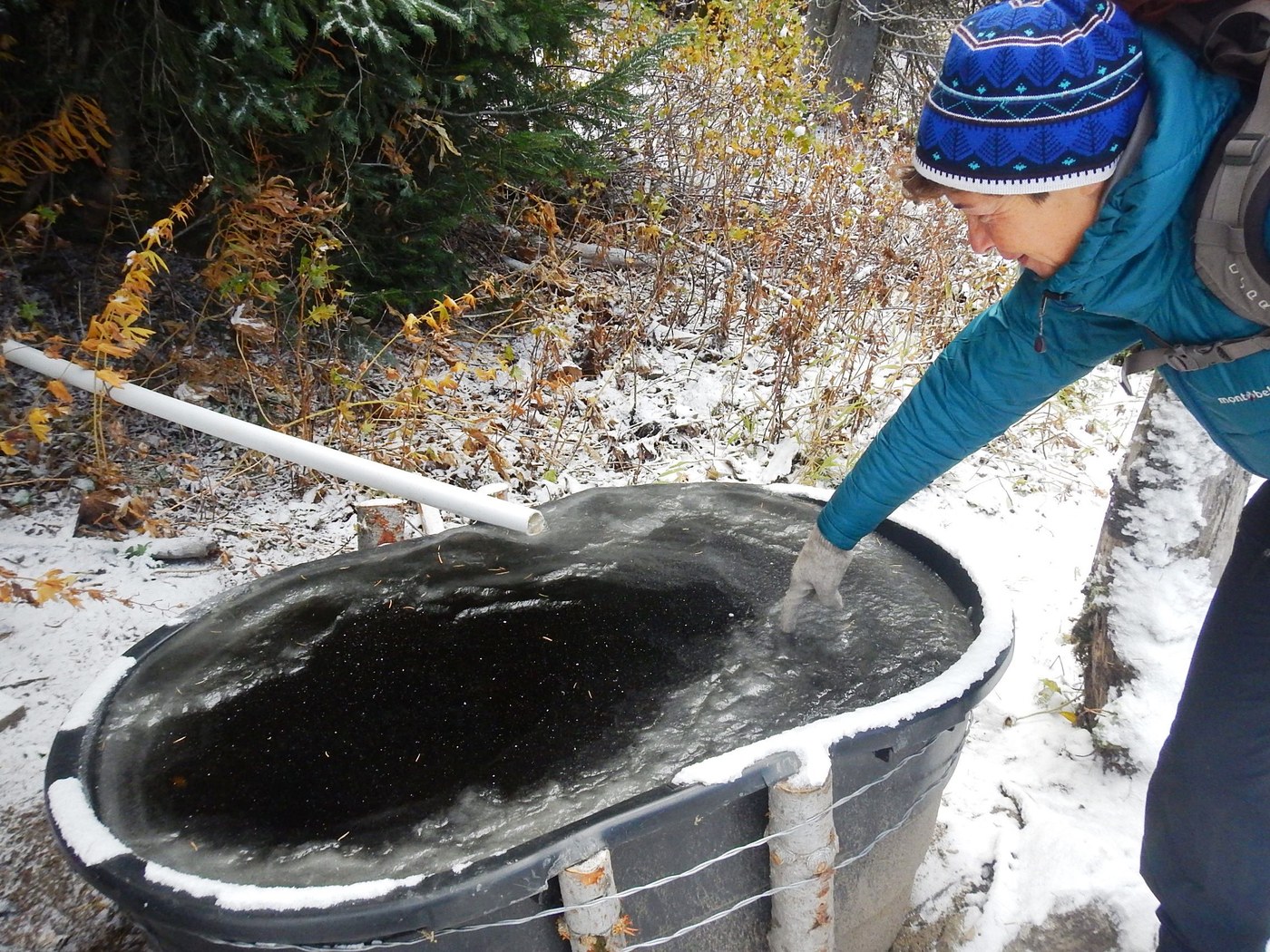 The route we took, GPSed by AnneB 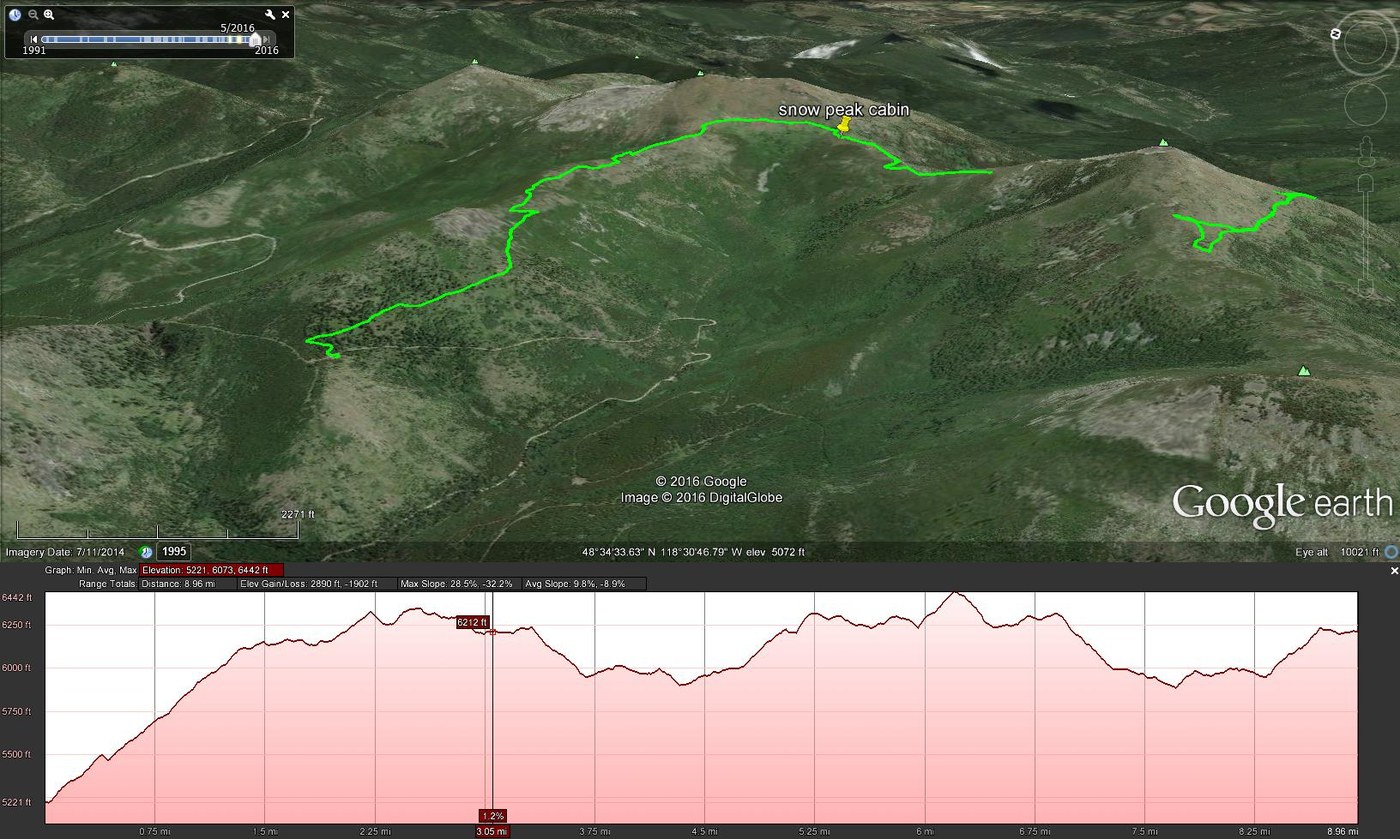