Obstacles on trail:
Trees down across trail,
Difficult stream crossing(s). 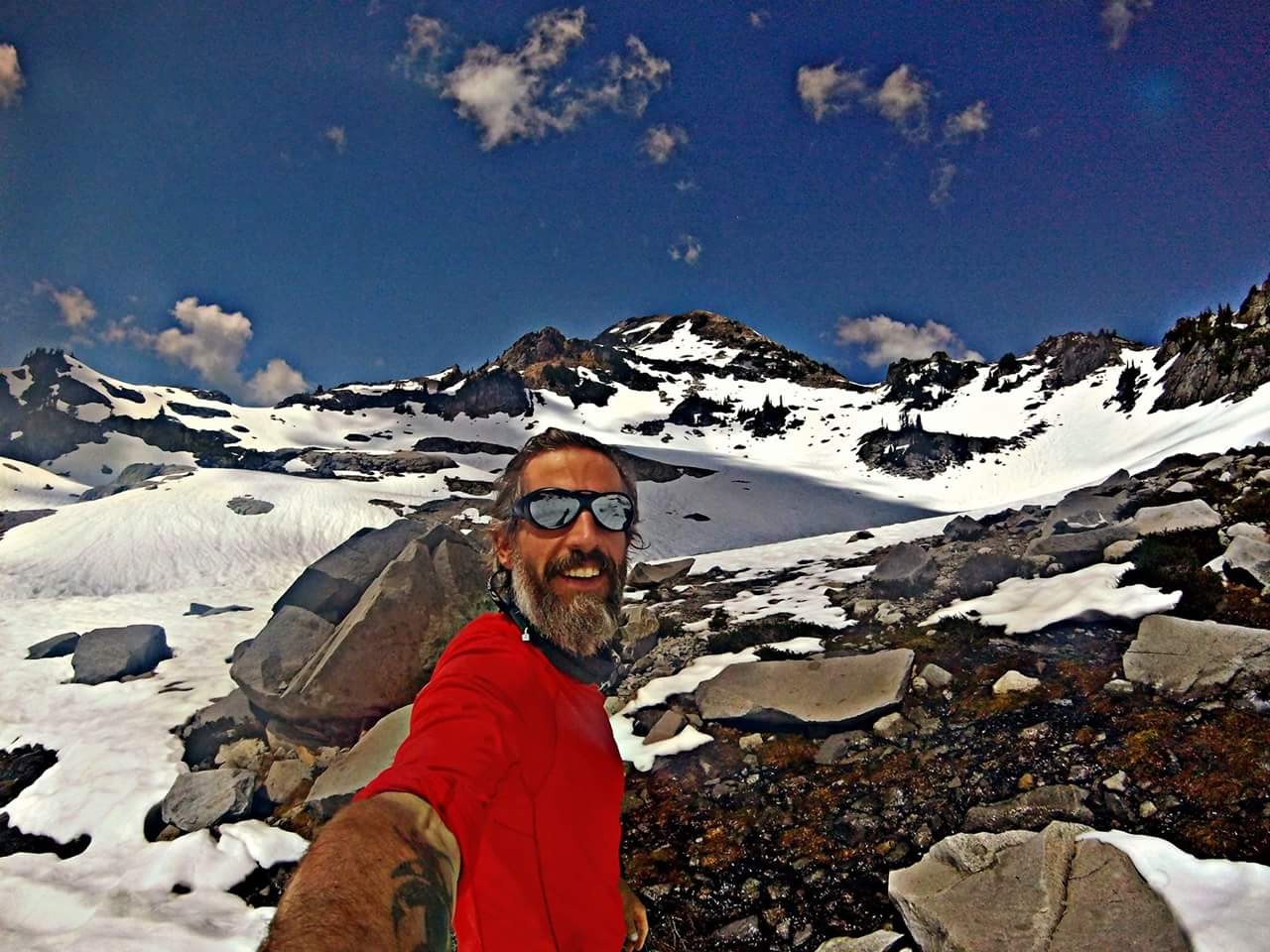 Decided I wanted to spend a day getting a bit deeper into the Alpine Lakes Wilderness now that the snow is finally starting to melt out.  I had gotten a few miles in on the Dutch Miller Gap trail last week and found myself wanting to travel more of the trail and they head north at the junction with the Williams Lake Trail.  From there, depending on conditions I would see where my feet would take me.

Road to Dingford is the usual.  It's rough but passable even in a sedan.  Just take your time.

Hoped on Road/trail 5620 and made good time in the cool early morning.  The road seems to be in better shape than the one leading to Dingford and I have see many groups of bikers using it.  I jogged the first nearly eight miles to the Dutch Miller Gap trailhead. From there I slowed to a walking pace.

Dutch Miller Gap is in good shape for the most part.  Sections of the trail are becoming overgrown so expect to get wet legs if you go early in the day.  About a hundred yards before the first Crawford Creek ford there is a pretty big blowdown.  I found though that you can navigate all of it by hopping on old blowdown on your right and then taking various logs you can work your way across the blowdown fairly easily.  Just need a bit of balance.

Crawford Creek crossing has a log about 20 yards upstream.  The second two crossings I found logs as well but on my return I found that you can use rocks in the stream to get across.  I did so without even having to use my trekking poles but if you have them they will come in handy.

From Crawford to the next camp is in great shape.  But once you hit the bridge near Camp Pedro (I think that's the name of the camp. I don't have my map on me).  The snow begins in earnest.  Past the camp and to the junction with the Williams Creek Trail, the majority of the trail is covered in snow.  There are orange blazes on the trees to help you find the way but there are times when the route is not obvious.  I give this section a couple of weeks to melt out.

At the junction with Williams Lake I turned left.  I did notice though that trail was very covered heading towards Dutch Miller Gap and there looks to be a pretty good sized creek ford there as well.  As for Williams Lake, the trail was almost entirely snow covered.  I made my way north eventually not even looking for the trail and taking the path of least resistance. I knew it was taking me to the east side of the lake but I was fine with that as I really wanted to get up to Chain Lakes at this point.

The talus fields in this area were mostly covered in snow and I didn't punch through but once or twice.  Do be aware of undercut snow from the water sources coming from the peaks and ridges above.  I traversed the eastern slopes until I got to Chain Lakes which are nearly completely covered in snow.  I took a break on a rock near a water source and debated going on to La Bohn Gap but decided against it and just lounged in the sun for a bit.  Finally I put the ol' trail runners back on and re-traced my steps back.  I should note that by 11 AM the snow was soupy and I didn't use my crampons or ice axe at all.  I didn't even take out my trekking poles.

Just an amazing diversity of landscapes on this route.  There is always something to look at and climbing up the valley into the throne room of mountains is an incredible experience.   Wildflowers are everywhere and the bugs haven't taken over yet.  Plentiful water sources along the entire route as well.  My round trip was 32 miles in 11 hours but it would make for a fantastic two or three day trip as well. 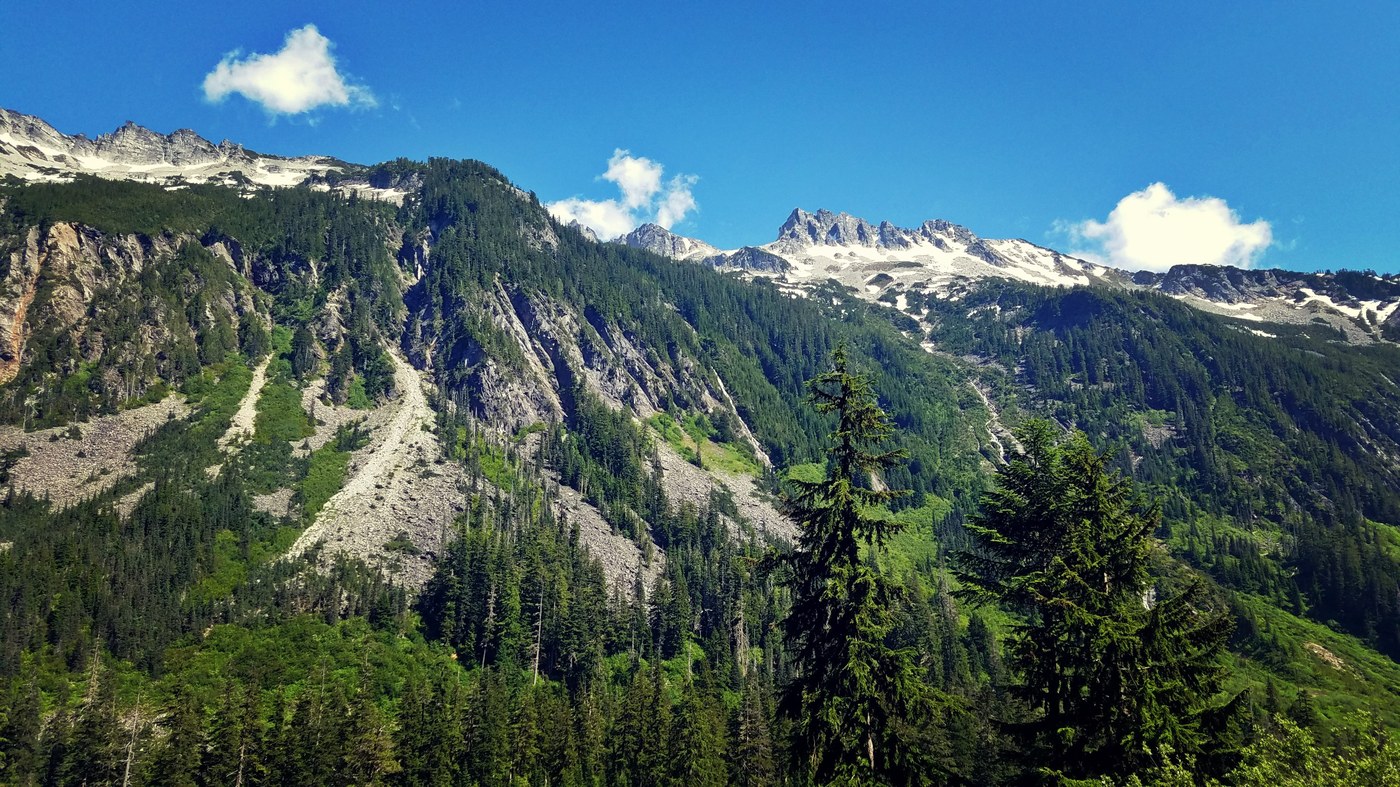 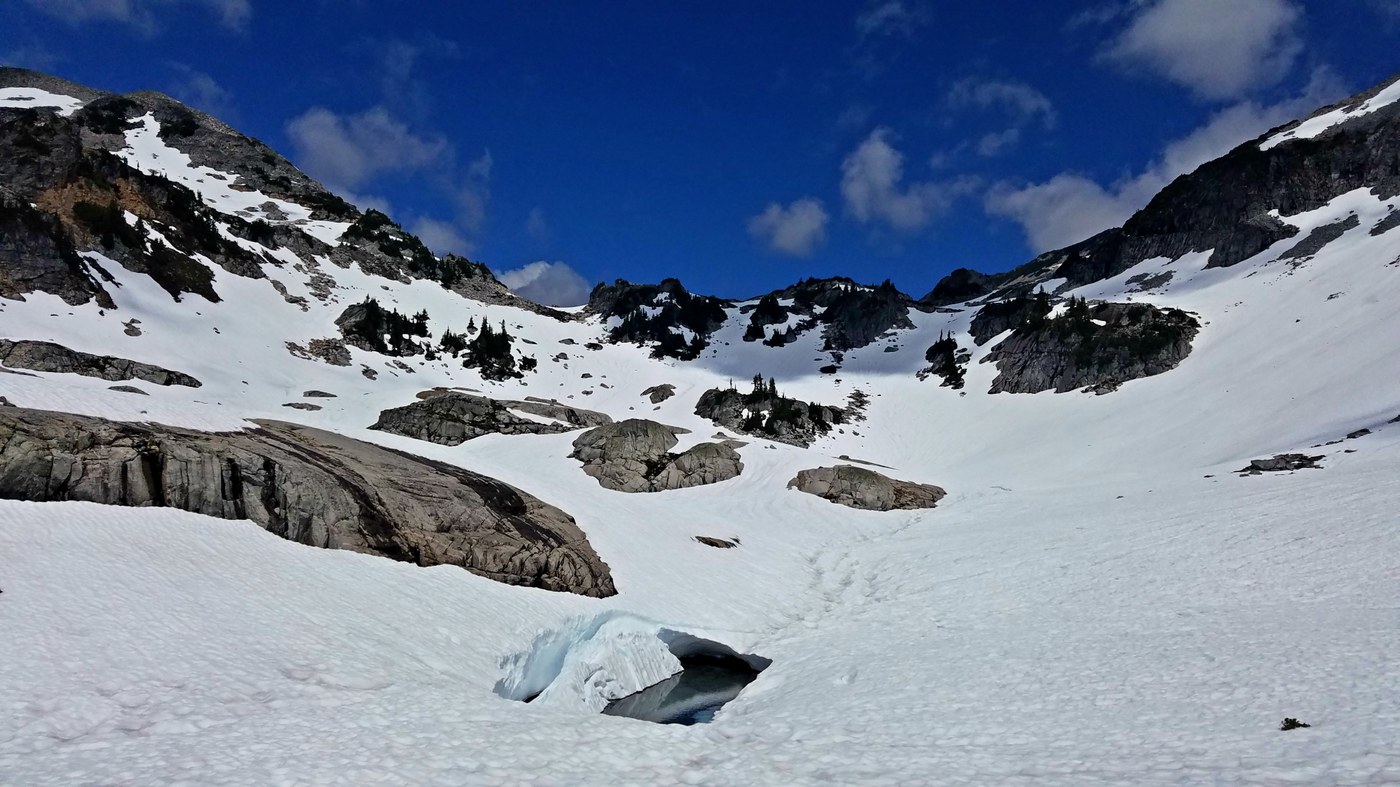