a great day to have a fur coat 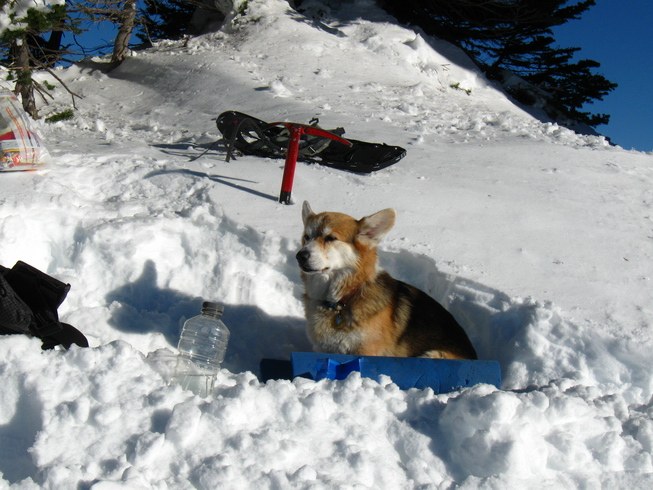 Ascended standard route because avalanche danger seemed minimal, but note:  a recent wet snow slide stopped about 50 yards above the trail in the 2nd(?) gully.  Descended via winter route (SW ridge) mostly to avoid high winds on the SE ridge.  Definitely recommend microspikes, snowshoes; I was happy to have an ice ax.  Saw 1 hiker but had the place to ourselves.

Seriously windy.  The forecast said (I think) SE winds with gusts up to 20, but I thought it was easterly or even northerly with sustained wind that felt like 30 with northerly gusts that almost made me fear my 25 lb. corgi could get blown off the ridge.  Mountain terrain can accelerate winds and confuse their direction.

Up high, the snow was getting wet and heavy in the sun.  It's not very deep, but I was making it slide on the descent.  Remember that this is the most notorious avalanche site in the state.  Many rocks are still exposed, esp. on the SW ridge and the west bowl.  Not enough snow for skiing.  The well-packed path on the trail peters out shortly after it reaches the SE ridge above treeline.

High-pressure, clear weather, temperature inversion, interesting to see the valley fog on the east side.  Oddly, it was very windy in the forest near the trailhead when we returned in late afternoon, just ripping down the valley -- enough to worry about falling trees -- a 12' dia. fell across the trail (it's too high to obstruct the trail). 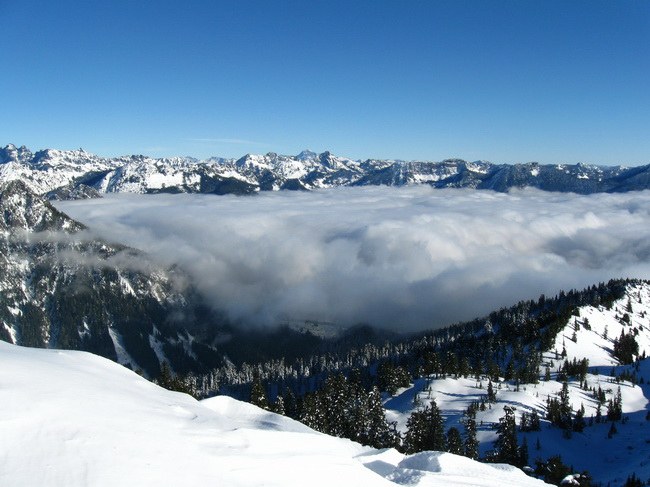 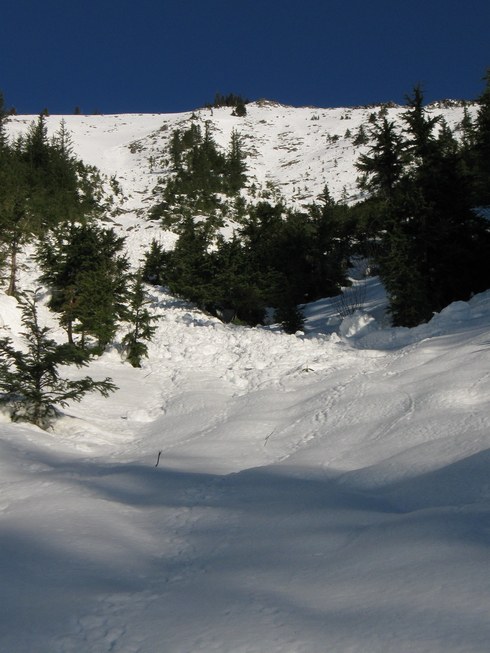 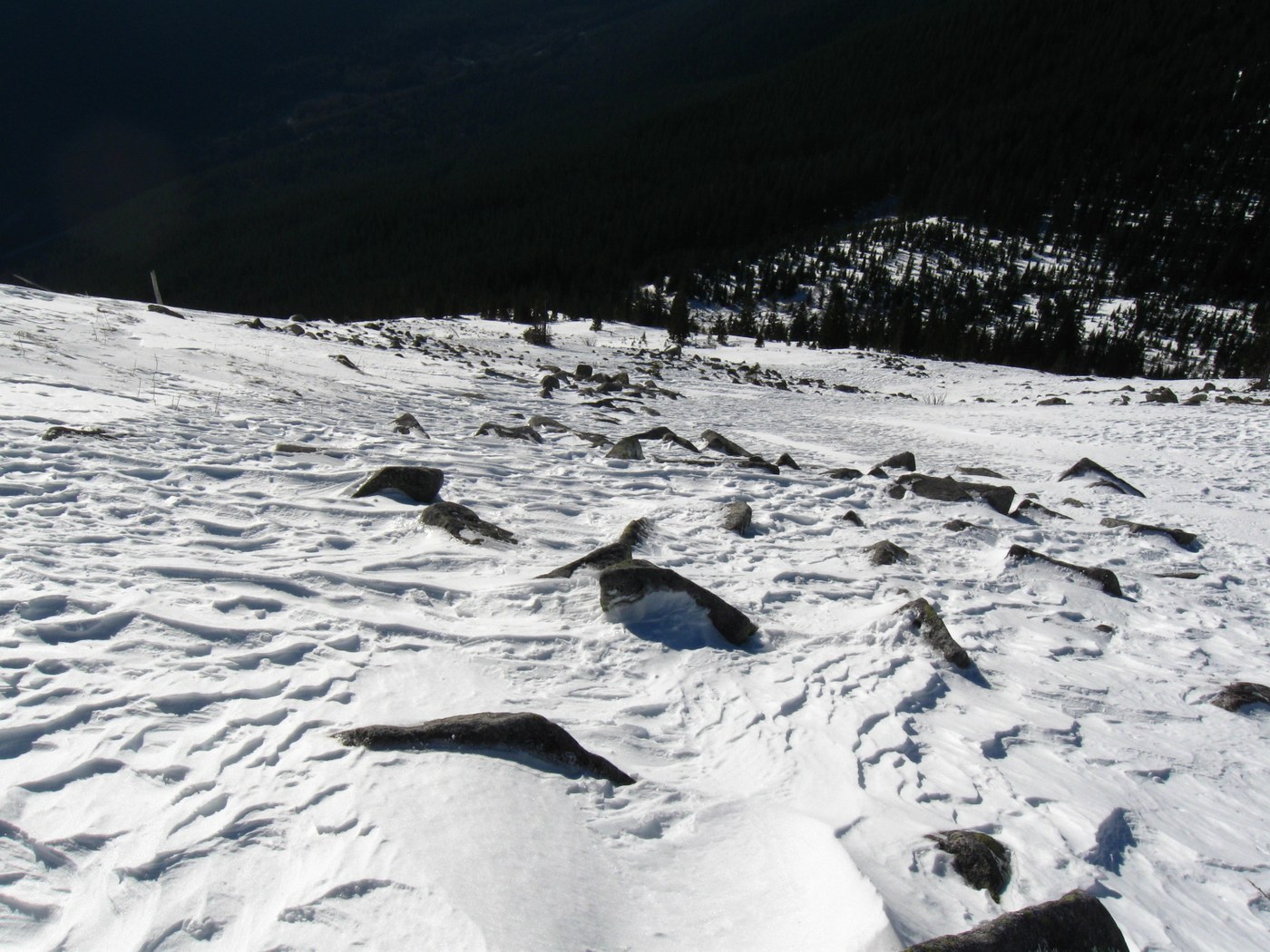