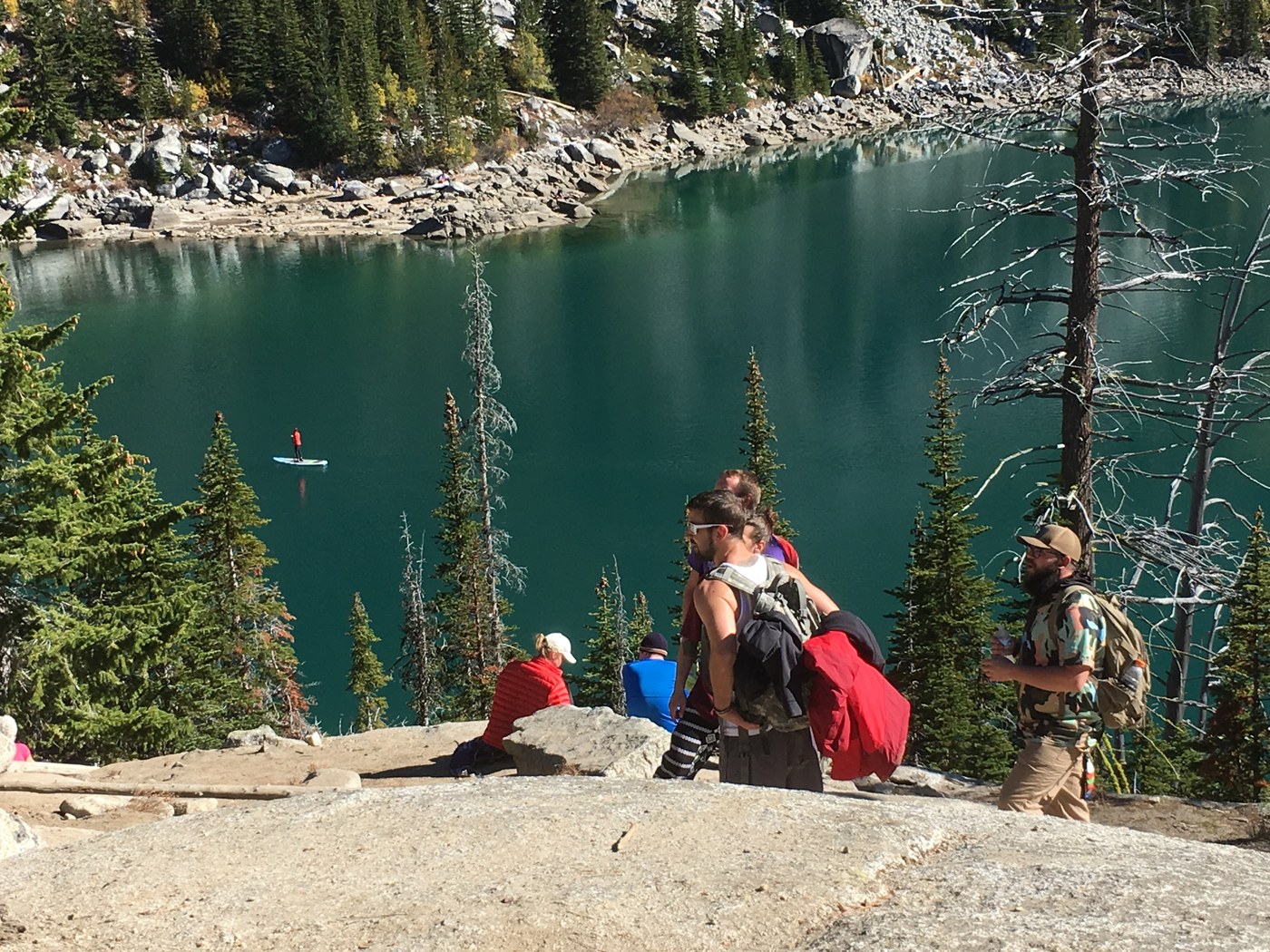 I stopped writing trip reports here about 10 years ago when I saw how social media was creating overcrowding on trails. Yesterday I attempted to climb up to the enchantments on a day hike - since camping permits have become impossible to get (this wasn’t always true) - and had to stop at Colchuck Lake because I was just too wiped out.

I’ve never seen a trail so crowded and a a huge number of people up there were totally unequippped for having to wait for a rescue if anything went wrong. One group was up there in yoga pants, sneakers, T-shirt, and single water bottle in hand. Not even a pack. No food. Never heard of the 10 essentials. The temperature drops into the 30s at night.

Both times I crossed the horse ford intersection I encountered groups that were completely at a loss of which fork to take and had to ask me. No maps of course. I guess nobody put a picture of safety equipment on Instagram.

The lake was a mob scene. I found my little private place to chill out and within minutes I was surrounded by tourons who thought it was cool to sit right next to me and throw food to the gray jays flying around. There was a group of drunken frat boys shouting at the top of their lungs. One of them had a pistol on his hip. And someone was paddle boarding in the lake - this makes it impossible for someone to photograph the lake without them and their wake in the shot.

I got back to the parking lot and the road was lined with parked cars all the way to the eightmile trail head. That’s like 2 miles! Insane. Some angryman walked right in front of me and stared me down for driving 15 mph. Apparently that’s too fast around him? Or maybe he was just frustrated that he had an extra 2 miles to walk.