Print
Racing the sun back to the trailhead. Photo by Anna Roth. 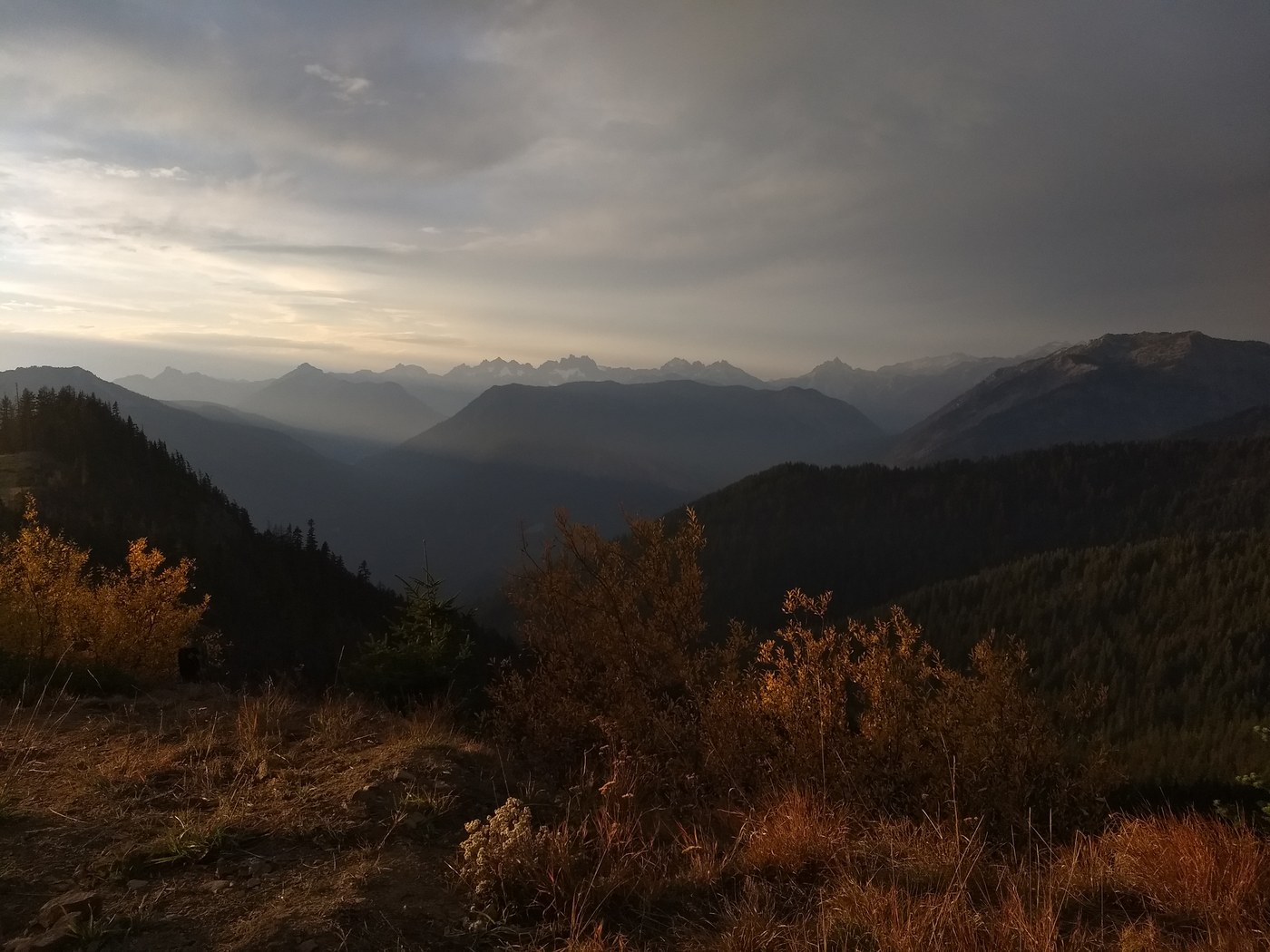 I’m not sure how I got so dead set on visiting Jolly Mountain, but ever since I moved back to Washington I’ve wanted to do it, and I finally did. Barely.

After doing Thorp Lake and the lookout, I buzzed over to Jolly Mountain. I’d read in trip reports about a “back-door” access point that made for a 6-mile roundtrip hike, instead of the standard 12-miler. Since it was so much shorter, I figured even though it was late in the day; I could probably squeeze it in.

Of course, getting to that alternate trailhead meant a much longer drive. While the road was mostly fine, the very last section (about 100 yards) before arriving at the trailhead was definitely an eye-opener. As I drove, I recalled a trip report written by a kid I’d read before leaving: “My mom couldn’t keep her eyes open for the drive to the trailhead.” (Dad was driving). I can see why she was nervous. The road is well-benched, but only one-lane, with no pullouts and a steep drop off on one side. Plus, this area was in the Jolly Mountain fire, and so the high side of the road has lots of burned trees, some with exposed roots. Doesn’t exactly inspire confidence. I’d originally planned on camping at the trailhead, but with an evening forecast for rain and burned, unstable trees everywhere, I wanted to be on the civilization side of a landslide if it was going to happen.

I told myself the latest I could start hiking was 3pm. Any later and I might be walking out in the dark, and the rain was forecasted to start at 6 15. I got to the parking area before my cutoff time, so at 3 10p I was hiking briskly, but the trail was steeper than anticipated.

Hiking through the burn was a trip. The ashy dirt is so fine that my feet got dirty from it filtering through my shoes and socks. The burned trees are all warped like sculptures. It was almost completely silent. I thought I heard a couple of gunshots, but mostly the noises I heard were crows being grumpy. High rainclouds had come in, so there was a cool flat sky and the colors in the surrounding mountains just popped. It was gorgeous.

The second point of confusion was simply which trail to take. The way the signs are oriented is a little confusing, and the W Fork Teanaway trail is much more obvious. I didn’t pay enough attention to the map, and in my haste to get where I was going, I took the West Fork Teanaway River Trail for a few minutes. By the time I got suspicious of how steeply downhill I was heading, I was already about a quarter mile out of my way.

So take note, when you get to the W Fork Teanaway intersection, it’s the lefthand trail that goes to Jolly Mountain.

I made up my detour pretty well, and at 4 15 (my original turnaround time) I was halfway up the final switchbacks to the summit. There still seemed to be plenty of sun. I did a timetelling trick that Scott taught me and determined I actually had until  6 45p until complete darkness (earlier research had said last light was at 6pm). I knew I could move fast downhill, so the return would be quicker, so I went for it. There was a teeny bit of snow on the ground here. It must have really come down in September, because the trail was still a little muddy from recently melted slush. Nothing you need microspikes for, but if the rain returns bring traction or at least good boots.

When I hit the summit, it was FREEZING. The wind was blowing from all directions and I knew I didn’t have time to dawdle, so I took some photos, crammed a snack, and then headed downhill as fast as I could. The wind made me nervous – I was really hoping it wouldn’t pick up as I made my way down to the trailhead. All those standing dead trees would have been scary to hike through in a high wind. I was lucky – no wind once I got off the summit.

I made it to the trailhead in an hour, eased off my shoes and massaged my feet before getting back in the car and heading to find somewhere to sleep. Driving downhill on that forest road was rough – I wound up holding my braking leg with my right arm because my legs were so tired from hiking! But the worst of that was over in the first three miles, and then I cruised the rest of the way. 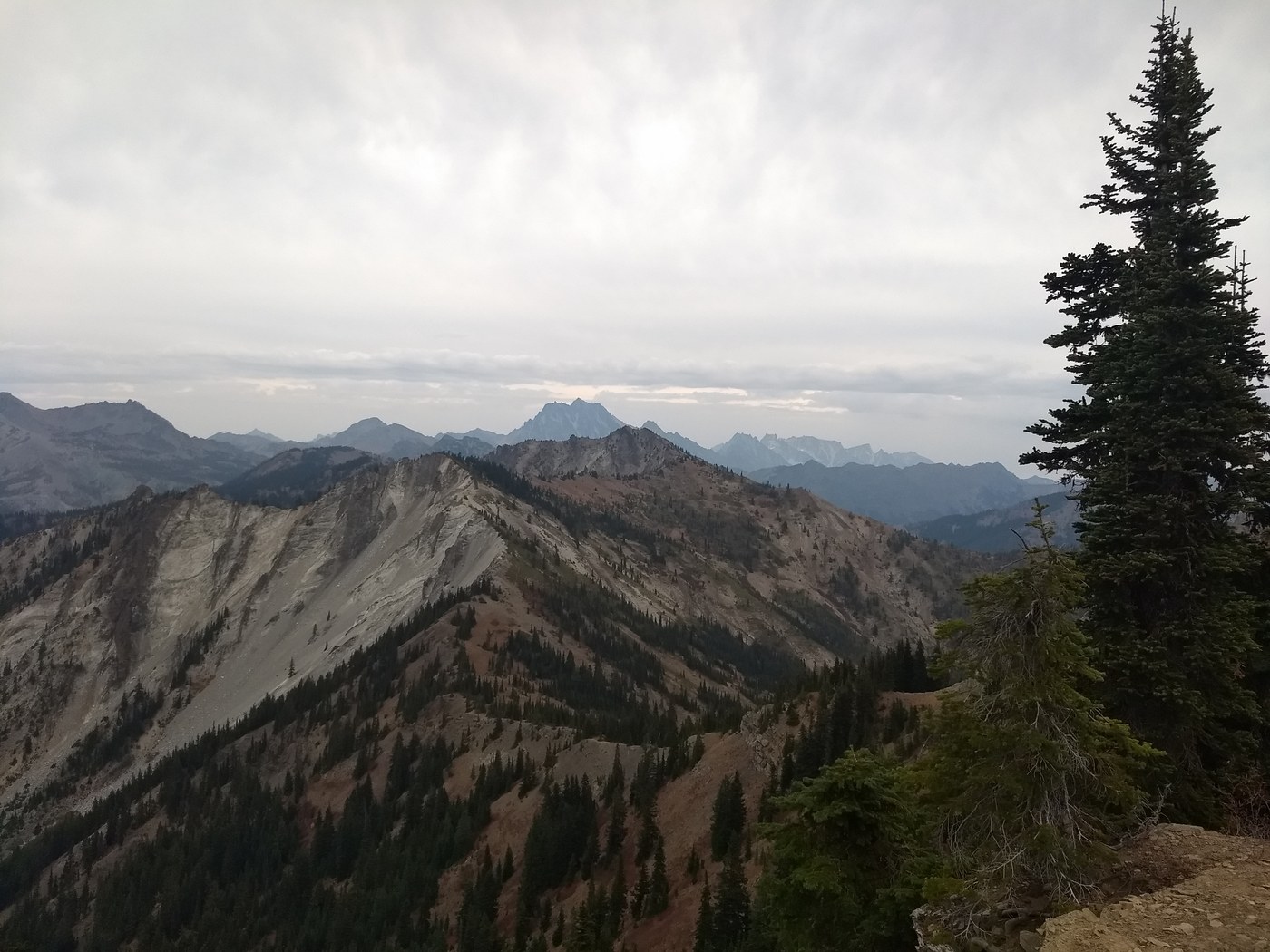 Walking through a charred landscape. Photo by Anna Roth. 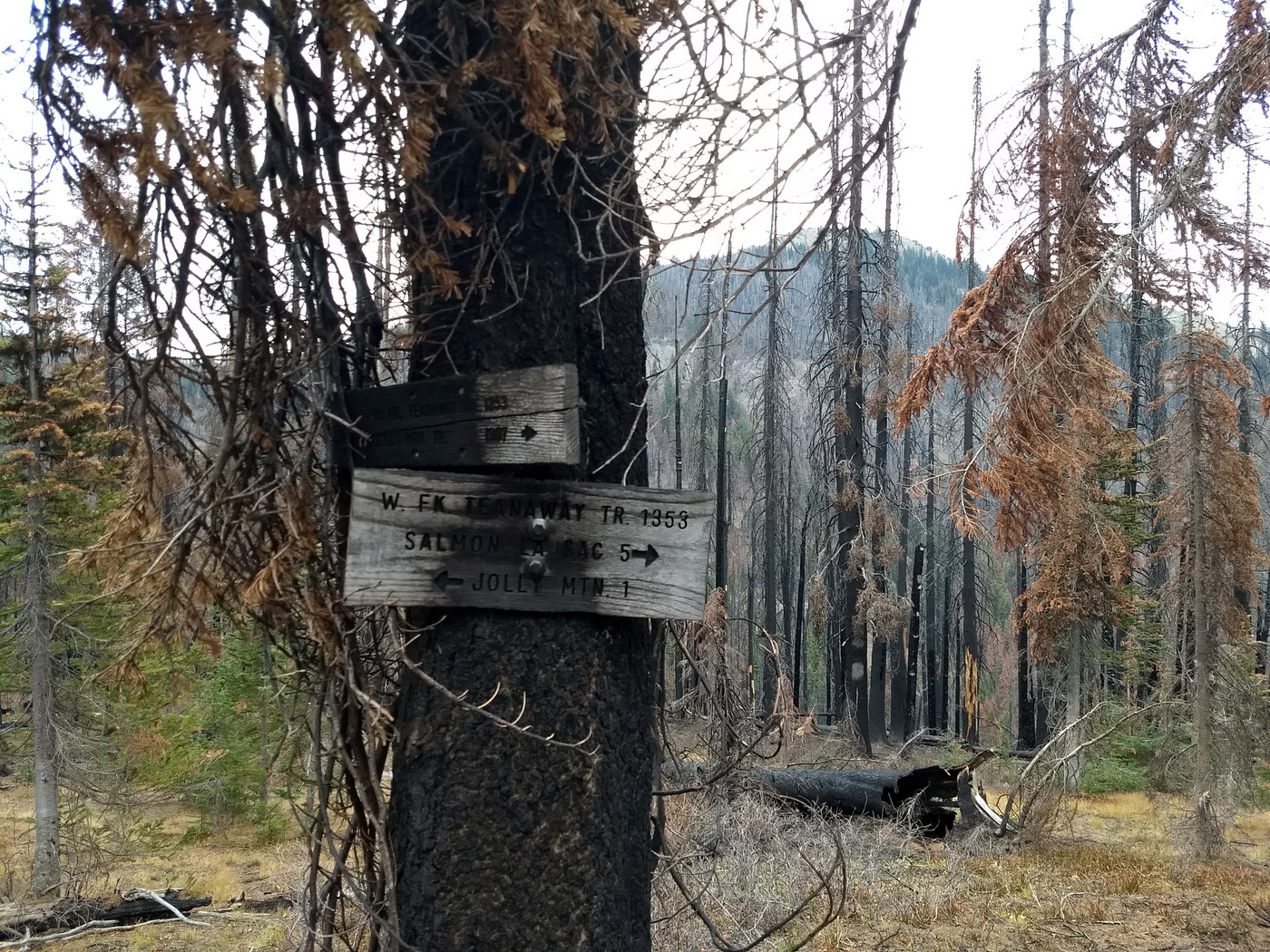 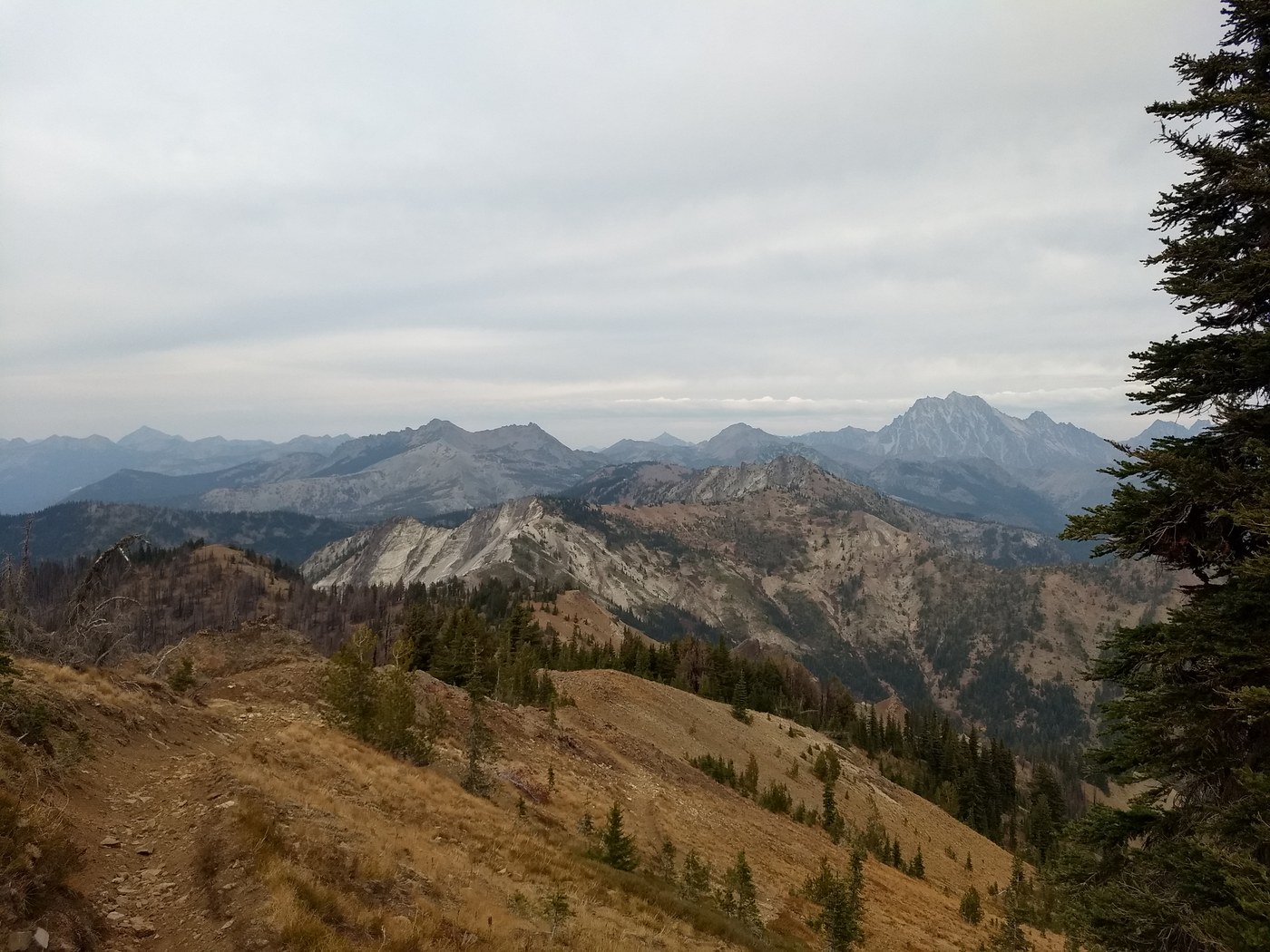 Compared to my jolly good hike in July, your hike sounded hurried and nervous. I hope you take another shot at Jolly Mountain on a better day.

Hi Yas! Yes, it was quite rushed, but even so, it was really lovely. I do hope to go back sometime when I have a little more time.