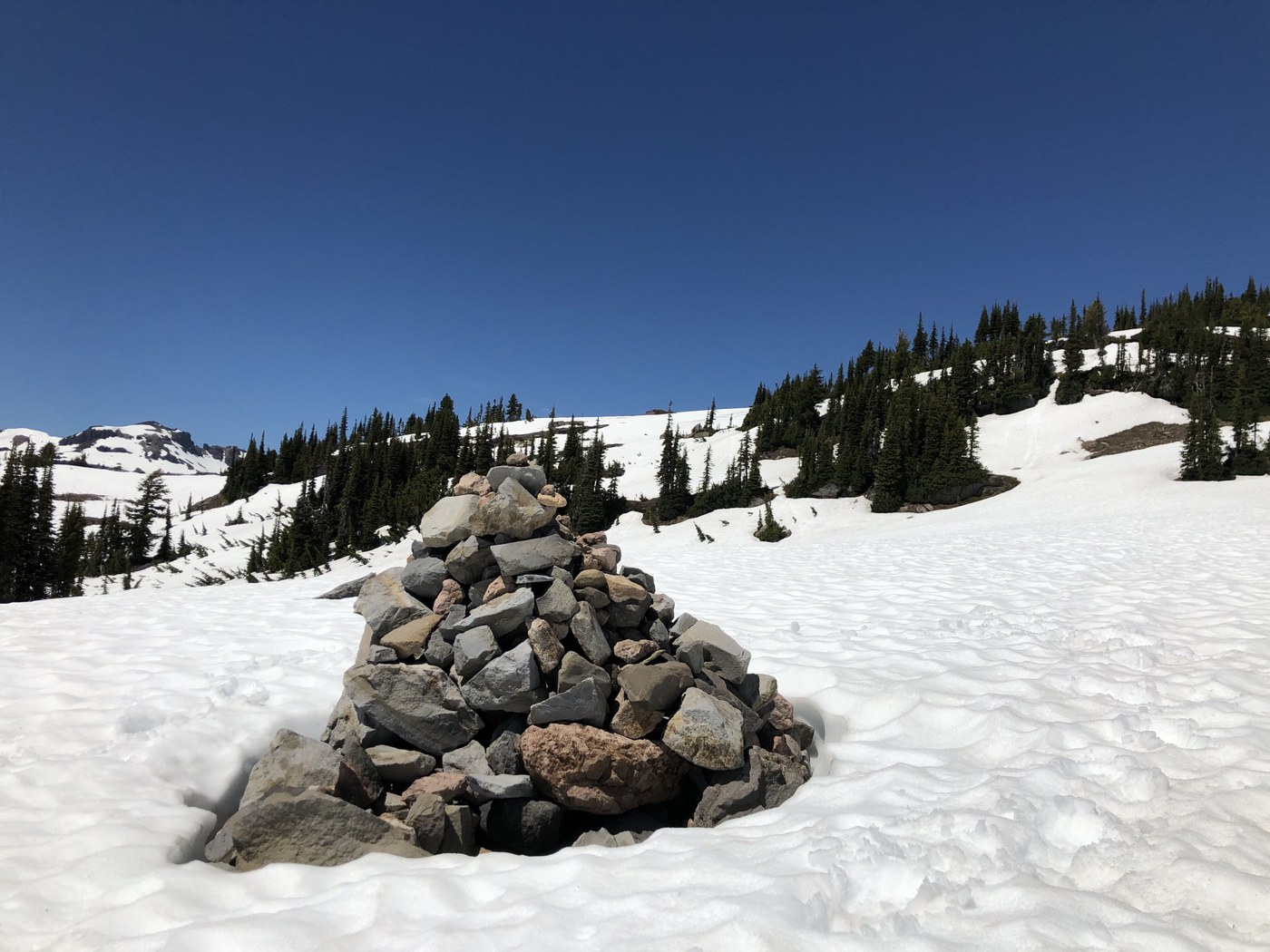 Quick overview: My son (22 years old) and I hiked up to Snowgrass Flats on June 11 and climbed and explored for three days and didn't see a soul. Snowgrass Flats, Cispus Basin, and the surrounding peaks are spectacular. We usually hike the Alpine Lakes Wilderness and the N Cascades so this was our first time here and we loved it. To climb the surrounding peaks we needed microspikes, ice axes, and helmets.

Driving on the 16 mile forest service road to the Snowgrass trailhead was a dream -- it is being graded this week and there was not a single pothole (thank you Forest Service!). The hike to Snowgrass Flats is a gradual incline, just over 4 miles. As we approached the flats, snow covered the trail. Snowshoes aren't necessary but we were glad we had microspikes. We set up camp on a dry spot in a grove of trees near what the map calls "Alpine Camp".

We climbed Old Snowy (took about 2.5 hours), crossing the snow-covered PCT, using microspikes and ice axes, and helmets (lots of loose rock). From Old Snowy (7800 ft) we traversed the 6,000+ ft ridge south to Ives Peak (7900 ft) in about 1.5 hours. We climbed up a class 3-4 chimney only to realize that if we had simply traversed further south we could have walked up to the summit. Incredible views of Adams, St Helens, and Rainier. From Ives we glissaded and boot skied back to camp, arriving in less than an hour.

On day 2, we made an attempt at Gilbert Peak (8200 ft) by ascending up to a low point on the ridge between Ives and Gilbert. From the base of Goat Citadel, we couldn't see a way to Gilbert to the south without either crossing the glacier to the east of the summit or by scrambling up the ridge which looked to be class 4-5. We didn't have equipment for anything above class 3 so we opted to traverse a high snowfield southwest and below Goat Citadel toward Cispus Ridge. By the time we reached Cispus Ridge we were exhausted. To get to the standard summit approach (via Warm Lake) would require another 2+ mile traverse. "Sometimes the mountain says 'no'". We reluctantly agreed that this was one of those days. So we glissaded down to the PCT at 6200 feet and followed it north about 4 miles back to Snowgrass and our camp. It was snow-covered about half the time (no tracks) but we were able to stay on it without GPS. Altogether on this day we hiked 8 very hard, slow miles.

We slept comfortably without a rainfly and open sleeping bags. The morning was a little cool.

By the time we reached the trailhead and our car on day 3 we still hadn't seen a single person and there were no cars in the parking lot. I hear this area gets really crowded in the summer. Apparently mid-week in early June is a really good time to hike this area! 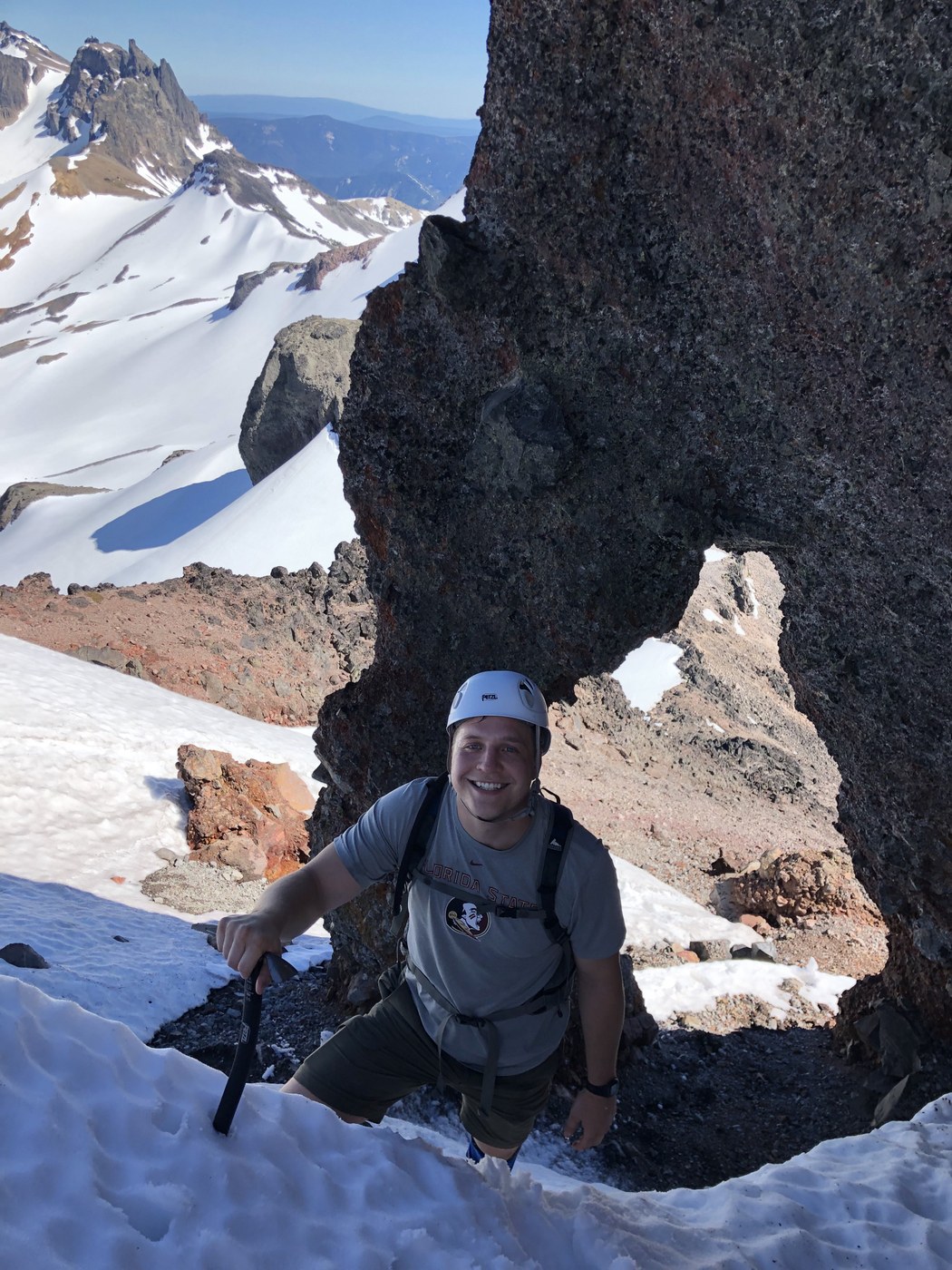 Looking east to ridge between Goat Citadel and Gilbert. 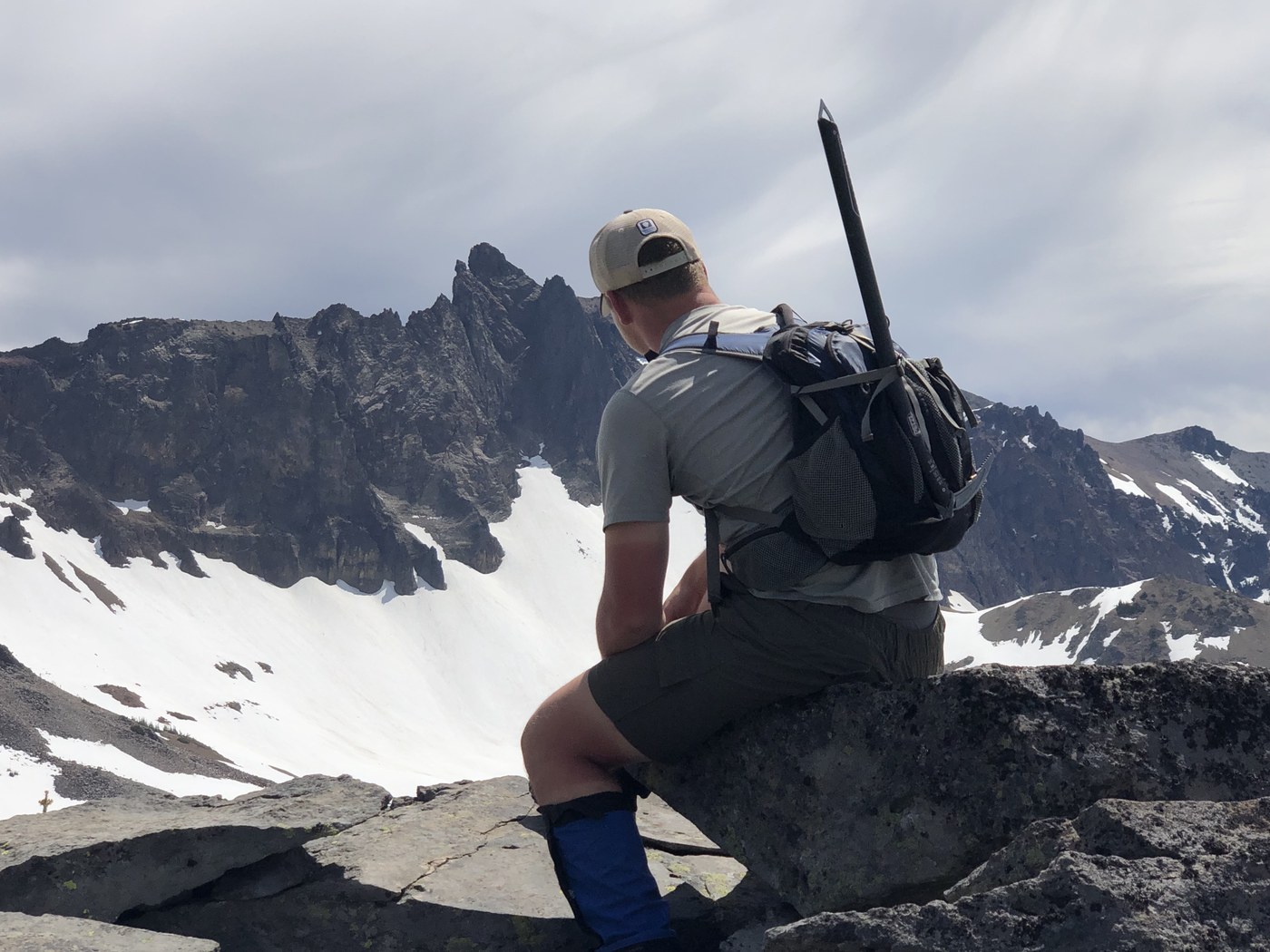 View of Mt Adams from near our campsite. 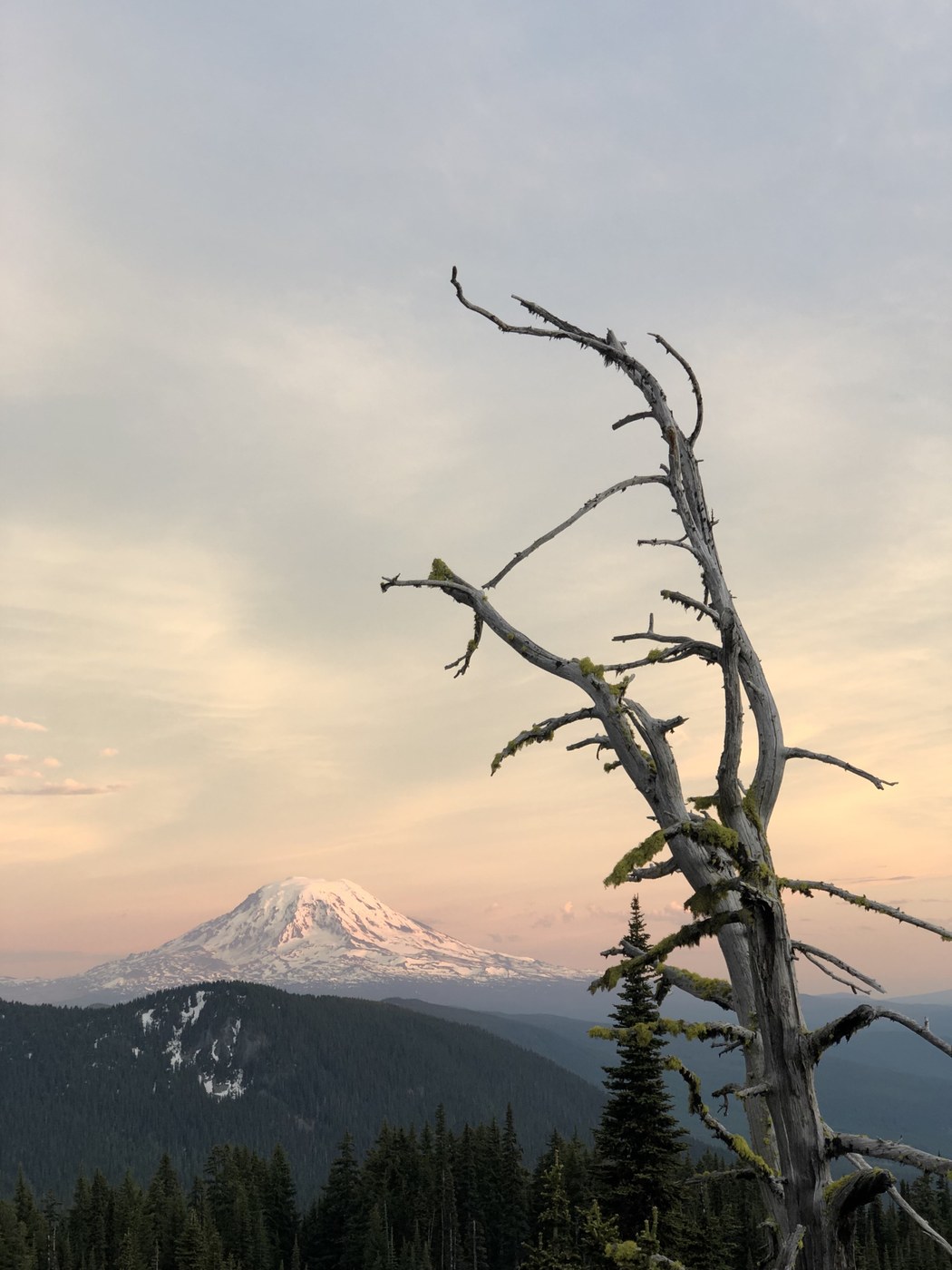 I was up the first weekend in June and went to that exact spot to camp! What an epic area!

guess which trail will be busy this weekend...

Not this one. It's pretty remote, so even in high summer the traffic is light.

AMAZING! I went up near Ives Peak last week. Sadly it was cloudy so not the best view, but still so beautiful up there!