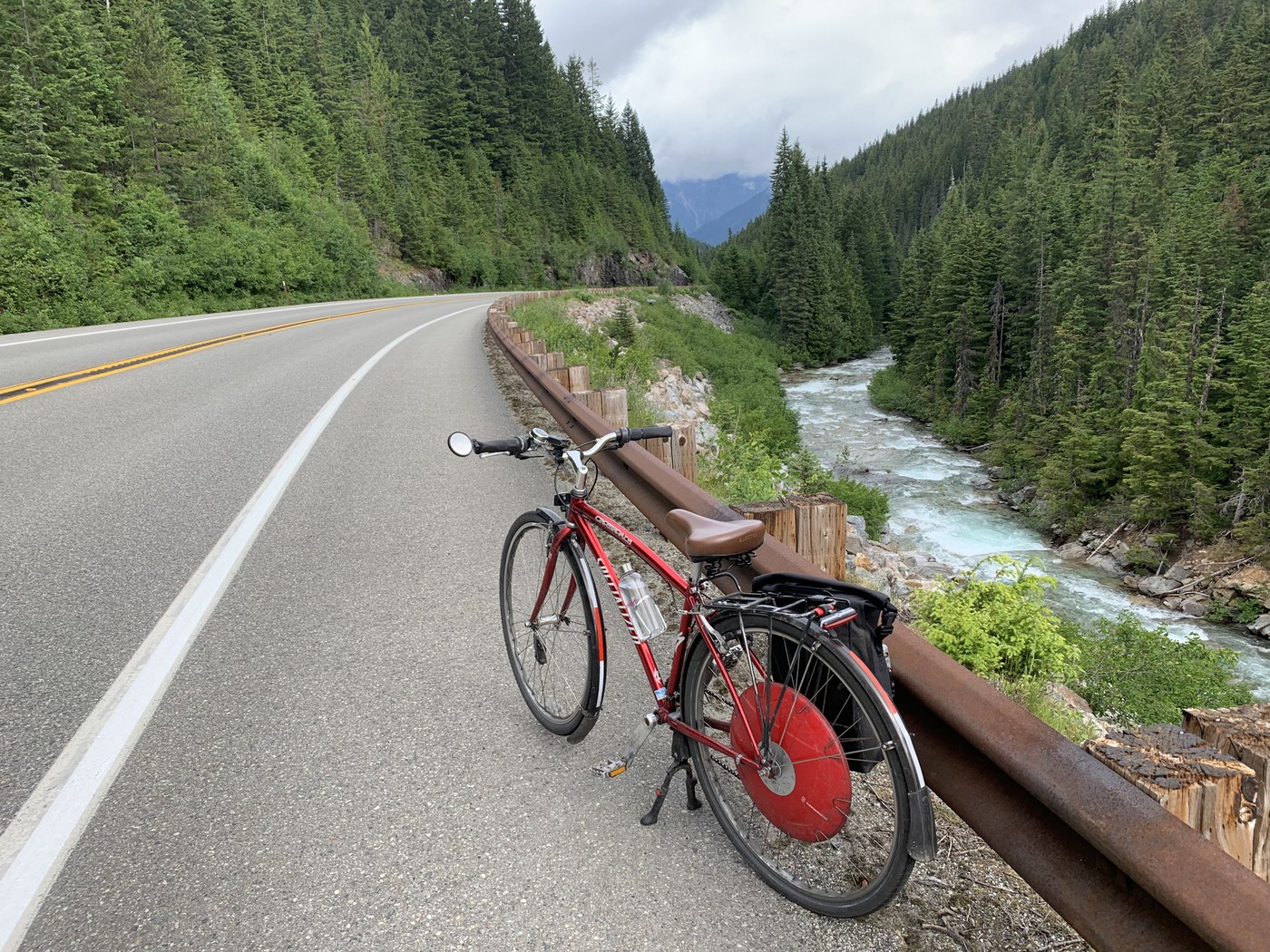 After obtaining my permit in Marblemount and chatting with the ranger at 7:00 AM on Wednesday, I drove to Colonial Creek and dropped off my pack at 8:00 AM. I drove 30 miles to the Bridge Creek trailhead, left my car, and got on my bike at 9:00 AM. By 11:00 AM, I was back at Colonial Creek. Having only driven on the highway before, it was great to enjoy the views more slowly.

I picked up my pack, left my bike in the woods, lunched, and was on the trail by 12:00 PM. The ranger mentioned that no one he knew of had hiked to Park Creek Pass yet, but a couple that I met on the trail mentioned that they had talked to a lone climber headed toward Logan.

I saw no one from Neve to Skagit Queen, where I camped for the night. On Thursday morning, it took 2 hours to climb from Skagit Queen to Thunder Basin. The marked ford at Thunder Basin was too swift and high to cross safely, so I backtracked a couple hundred yards downstream and crossed where the water was shallower.

At 9:00 AM, I could not even see Park Creek Pass through the clouds and considered turning back. By 10:00 AM, however, the clouds had cleared out, so I continued. I followed a single set of tracks through patchy, soft, wet snow until I emerged onto the talus. The weather looked like it would keep improving, so I lunched and then put on my crampons at 12:30 PM. I found what appeared to be the Logan climber's pack stashed on top of a boulder, and followed his tracks across steep, soft, slippery snow on the shoulder of the pass. The traverse was above patches of rock and trees, so it was not terribly exposed, but it still required care. About midway through the traverse, my downhill foot gave way and I slid a few feet before arresting with my ice axe.

The southern slope of the pass was snow free, but it started raining as soon as I started descending, so I removed my crampons and put on my rain gear. I made it to Park Creek camp by 6:00 PM.

On Friday morning, I hiked to High Bridge and took the Red Bus into Stehekin, where I relaxed for a few hours. I hiked 2 miles back up the road to the Rainbow Creek trailhead and made it to Rainbow Ford camp by 7:30 PM. On Saturday, I hiked to McAlester Lake and fished for a couple hours. There was no snow, but the early mosquitoes were annoying, and I was glad I had brought a bug net. I chose to take the Stiletto Spur instead of the PCT, and encountered lots of downed trees that were not a big deal to climb over, but it took longer than expected to get back to my car at the Bridge Creek trailhead at 5:30 PM. It was the summer solstice, so I had plenty of daylight left to drive back to Colonial Creek and pick up my bike in the woods on the way home. 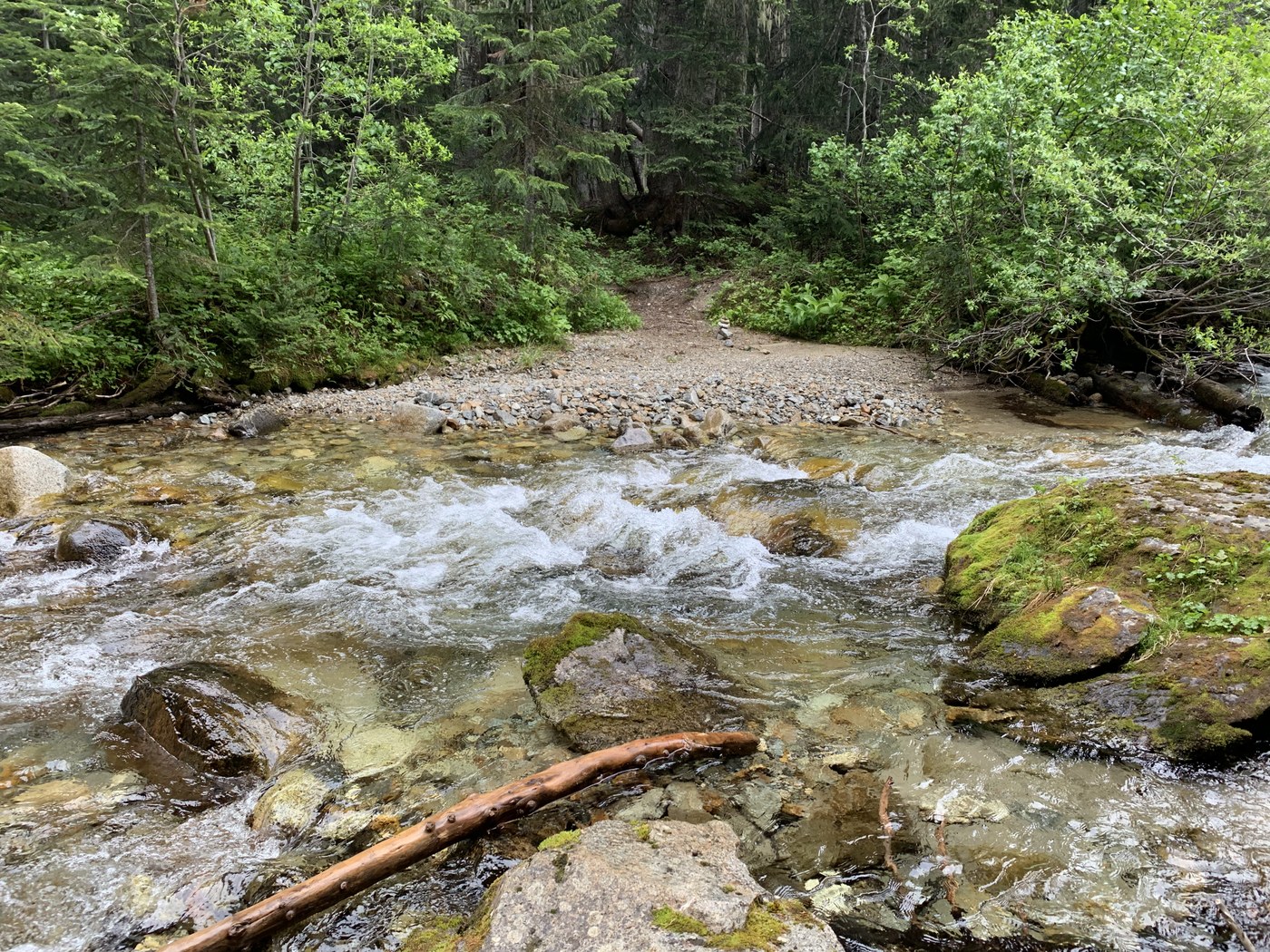 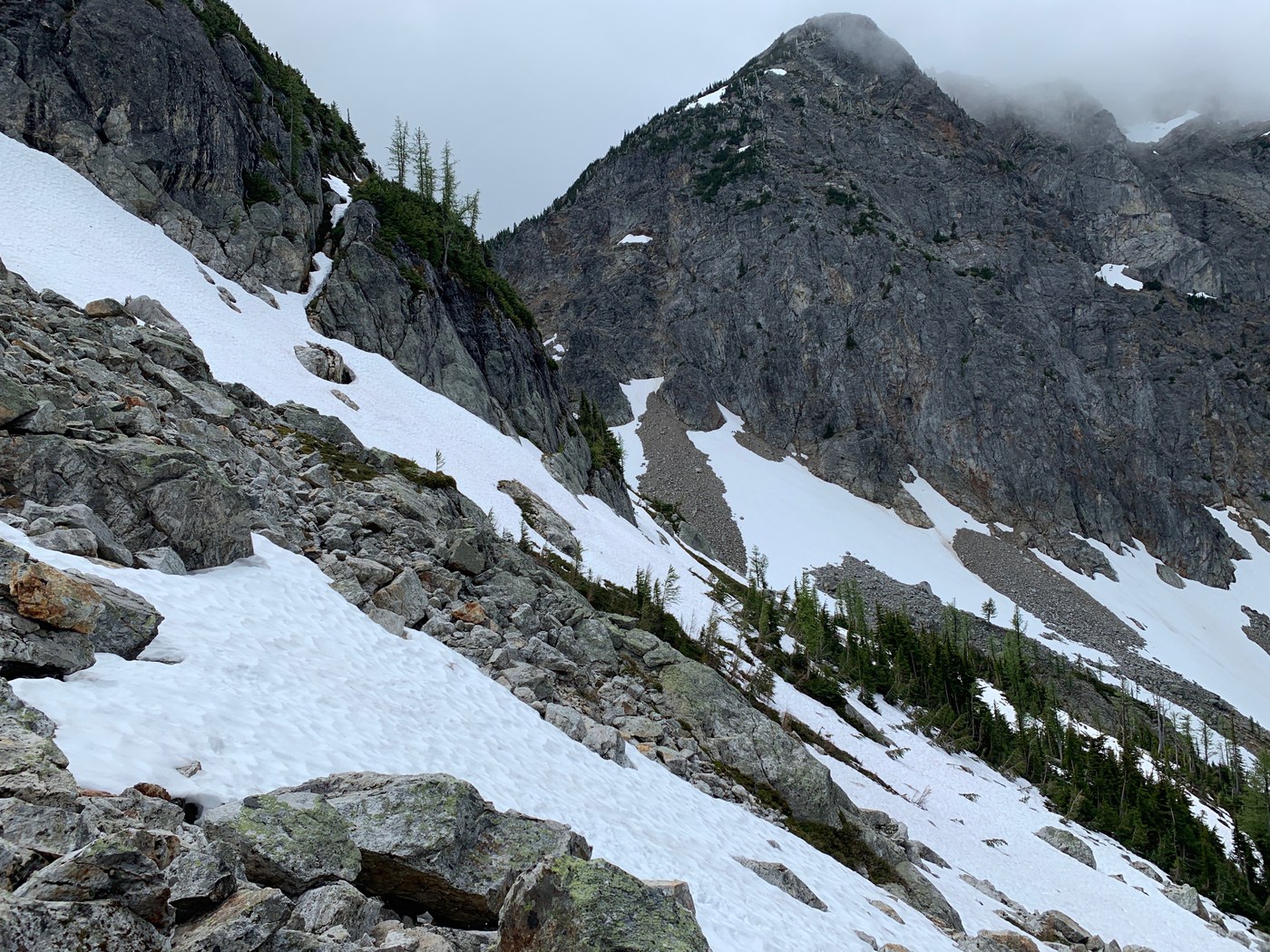 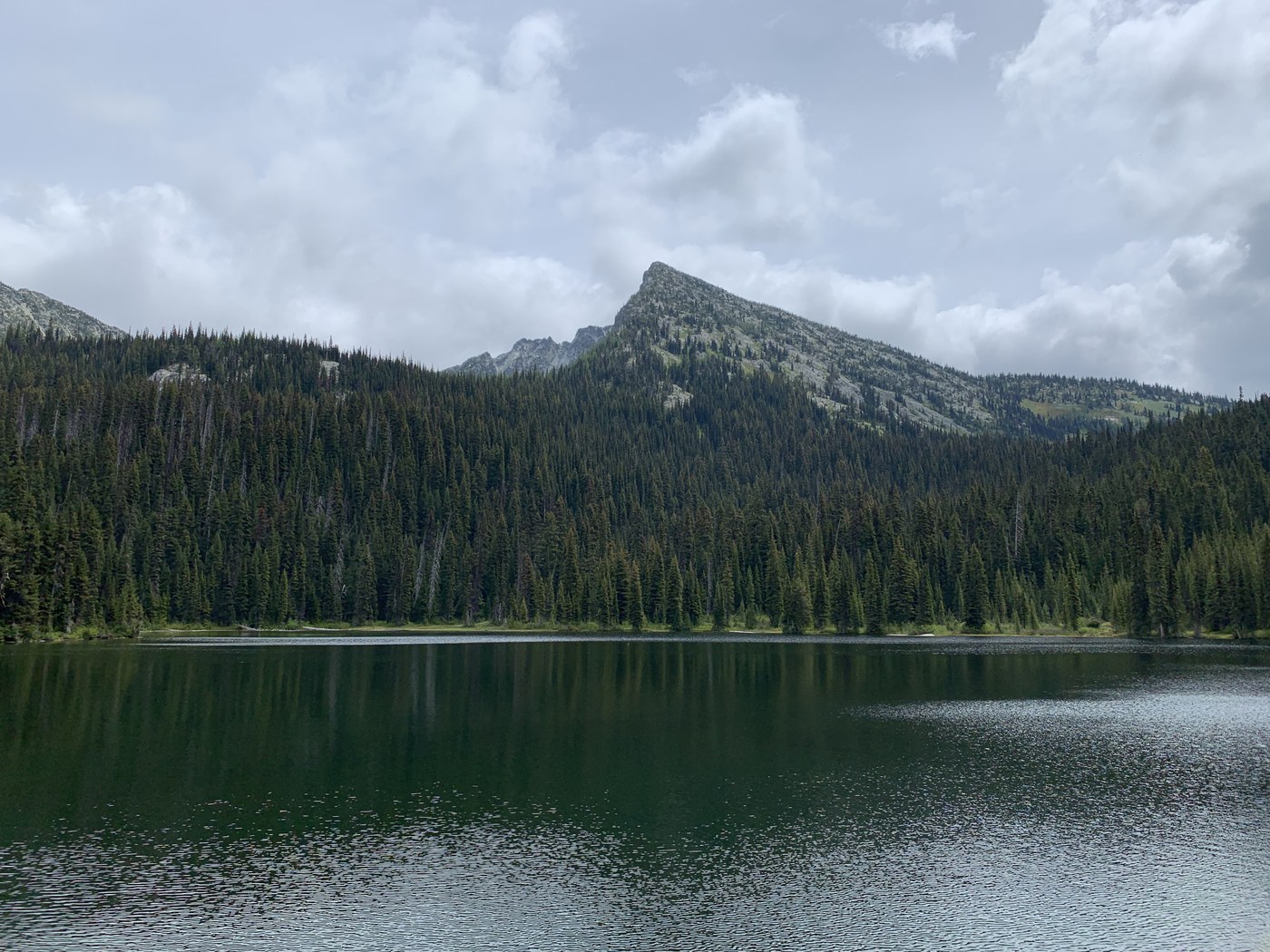 Now that's an interesting loop! Congrats on putting it together and completed it. Looks beautiful!