That snow is maybe 6' tall. You have to hike between that and the knife edge. 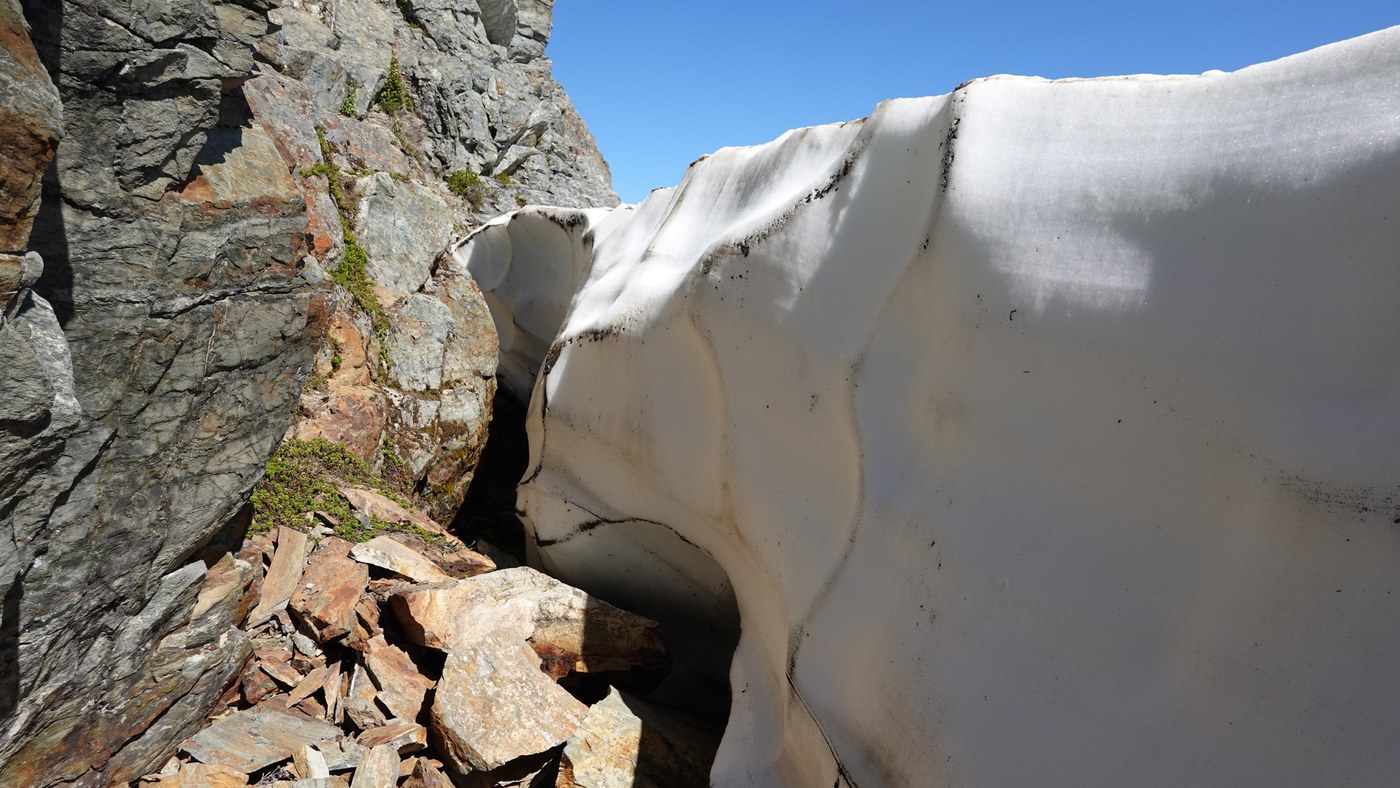 The hike up to Stujack Pass is fairly straight-forward. There are some snowfields on the lower talus slopes leading to Stujack, but it's easy to stay on the trail and they're not particularly big/cumbersome.

Continuing on from Stujack you'll have a chance to test out your route-finding skills. There are a number of snowfields, obscuring the trail, and so it's a matter of looking around for where the next section of exposed trail might be and finding a way to get there. Sometimes this was over/across the snow, sometimes it was around it. I did spend some time exploring some
dead-ends / errant-routes along this section but was never too far from the trail.

I started to deploy trail markers at this point because I was a bit concerned I wouldn't be able to figure out how I had gotten up there on my way down. (I found the route a bit tricky due to the snow).

Leading up to the razorback ridge and then hiking alongside it, I also spent a fair amount of time route-finding. There are snow drifts approx 7' tall next to the trail (on the east side) and you'll find yourself walking between them and the slope of the razorback ridge.

It's fine, it's just a little more complicated to keep on track, and the trail can seem to disappear beneath the snow.

Much (most) of the razorback ridge is exposed, but the occasional traversing of the trail next to a huge wall of snow likely means you'll need to hike with someone who has been there before - because it's not "the normal route".

Bu the time I got near the scramble the trail was a lot clearer. No snow at all. That section of the trail was straightforward... including the super rocky section that follows the rocks that were blasted many years ago.

The rest of the trail was pretty straight-forward to follow. There were 2 or 3 snowfields but these were small enough that it's just a matter of deciding the safest way to cross them (or to go around them).

The trail near the summit was easy to follow.

I managed to summit, but it took *way* longer than I expected, and there were a handful of times I was really questioning whether it was worth it.

I consider myself to be a decently-skilled hiker, with a fair amount of experience (read: not an expert).

I've summited Pugh once before (last year), but I deployed nearly 50 trail markers today. I also spent a fair amount of time wandering around trying to re-find the trail.

I was glad I packed a lot of water (and cached some near the talus slopes and at Stujack Pass), so I knew I had additional water supplies for my descent (it was very sunny).

I did consult my GPS (both GAIA and Avenza) and found them to be unhelpful due to the workarounds for the snow. 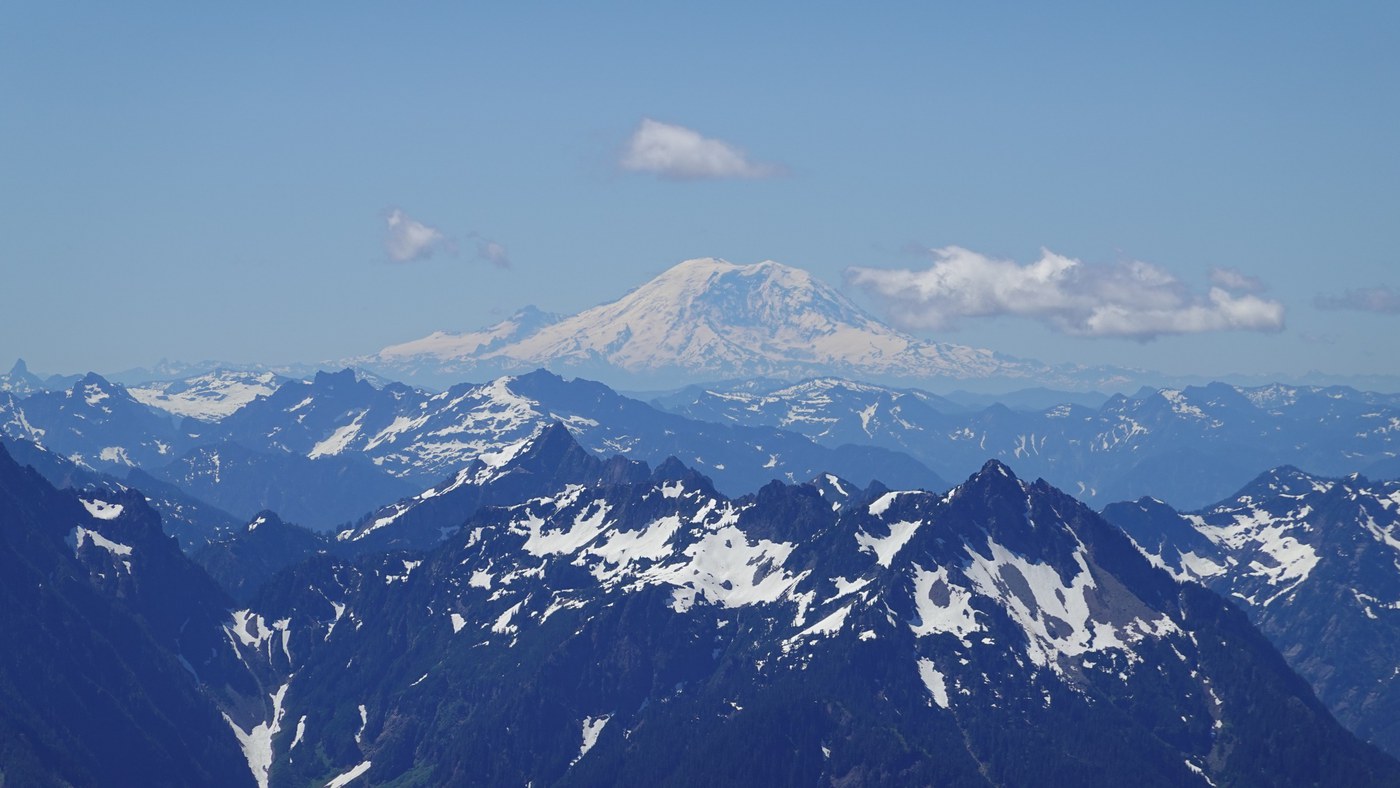 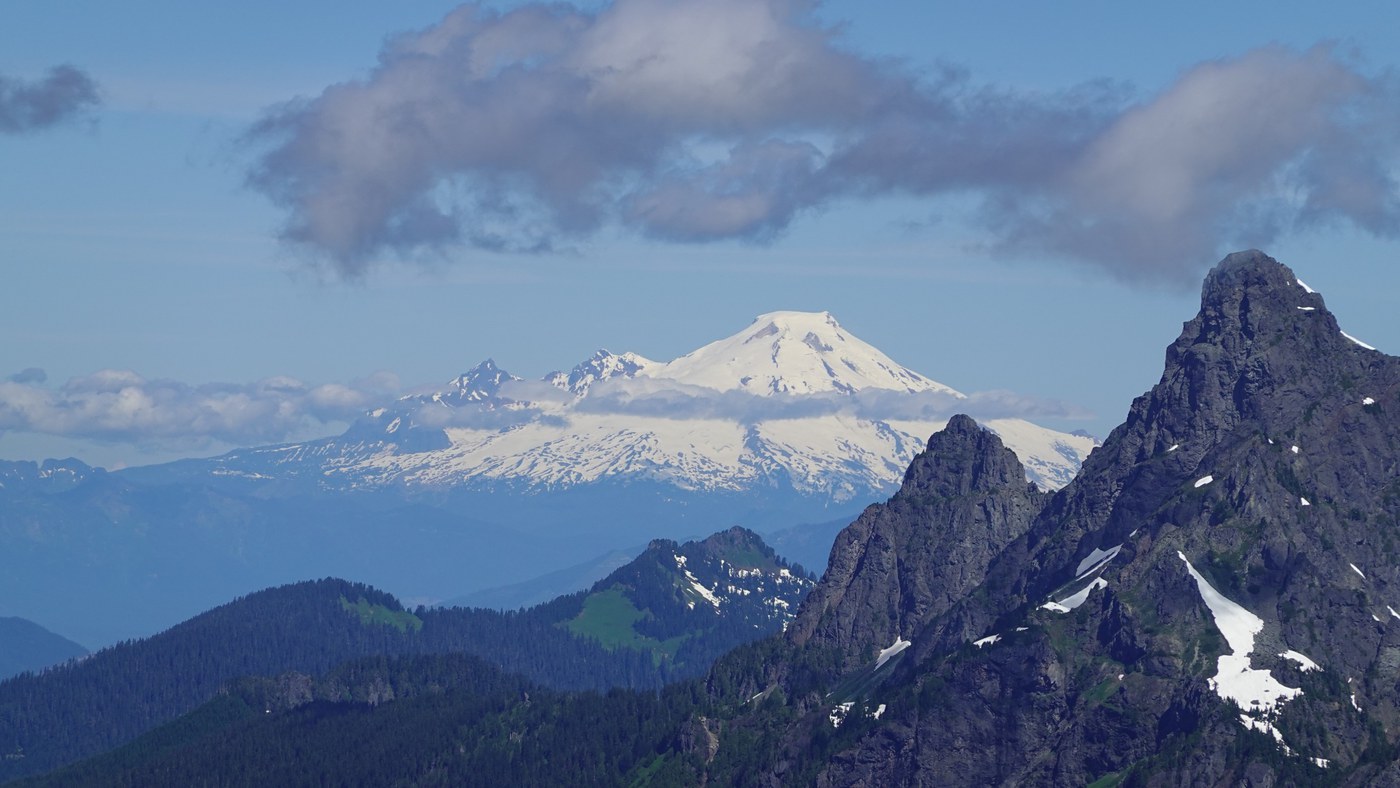 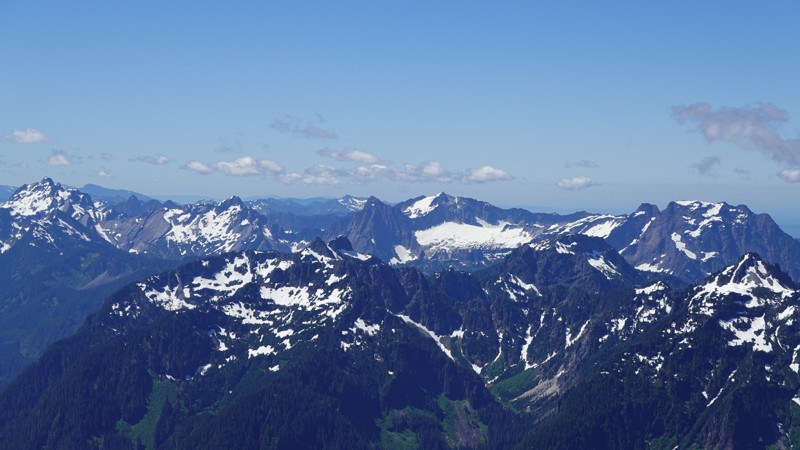 Welcome to the WTA, tiaramee! First Report ever is Mt. Pugh, you're going places! I couldn't have told your story better myself. Just wondering why you had to bring so much water when there was snow you could have added to 1 bottle? Keep up the good work, wondering where you'll go next!

It's a good question. There are currently two water sources near the summit: (1) snow (2) there's an audible, steady stream of water from melting snow. I could have packed my potable water maker with snow and left it in the sun to melt .. it's just a question of time [to melt]. I listened to the stream of water, and saw [essentially] where it was coming from and thought to myself "If I was in a jam, I'd find a safe way to get there". Last time I hiked Pugh, I didn't see either of these as an option, so it totally depends on how much snow there is up there.