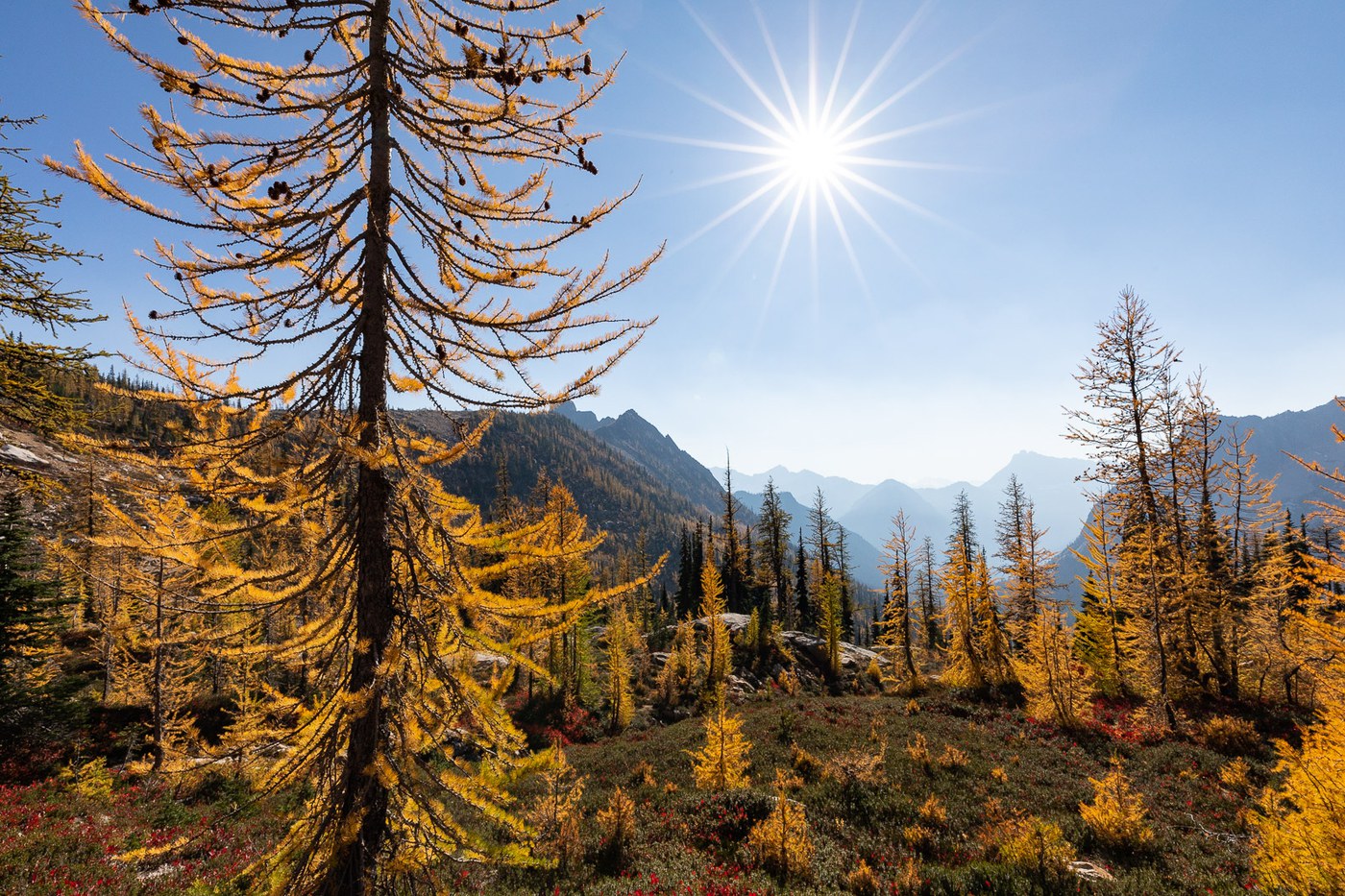 There was some minor road work on highway 20 where it went down to one lane, so be prepared for some delays. Also, there was occasional heavy smoke driving up, I'd say it was the worst near the Colonial Creek campground, but it mostly cleared by by the time I was on the other side of the pass. With the smoke and fire conditions changing daily, be sure to check the forecast before heading out.

This was my second hike of the day, I spent my morning hiking around the Maple Pass Loop and having lunch at the Rainy Pass picnic area. I got my start here around noon, and the haze and smoke was slowly starting to return. There are a few creek crossings, but being the PCT the grade was gentle and I was clocking 20 minute miles up the first half of the trail. Around 3.5 miles, the larches started to make an appearance. I'd say there were more larches here than at Maple Pass, as entire sections of the PCT were surrounded by larches. The larches at the top of Cutthroat Pass were definitely past their prime, but it makes sense given that it was rather windy at the top. I don't have a favorite though - both trails were stunning in their own ways.

I clocked 11 miles and 3100 feet of elevation. Those 11 miles were definitely easier than the 7 miles of the Maple Pass loop. A nice alternative if you've already done the other or are just looking for a different view. 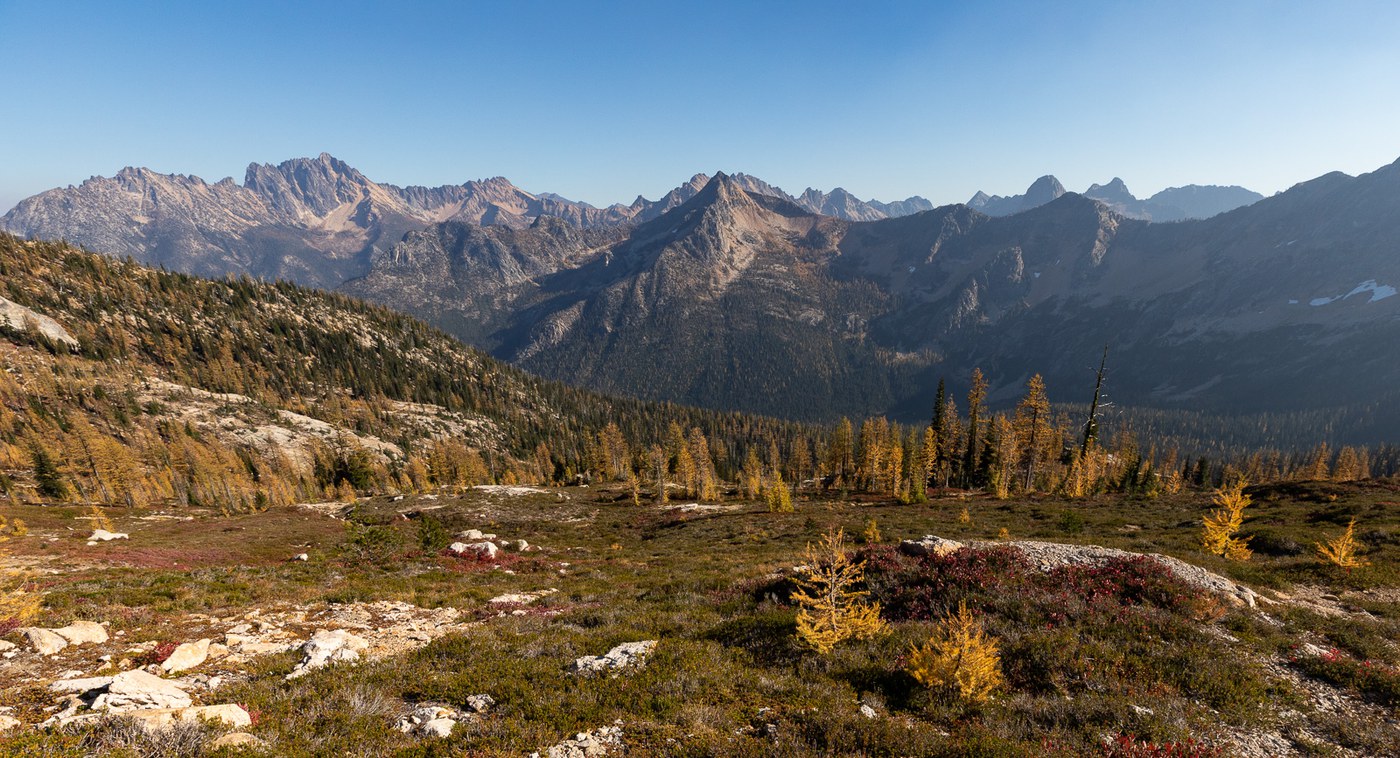 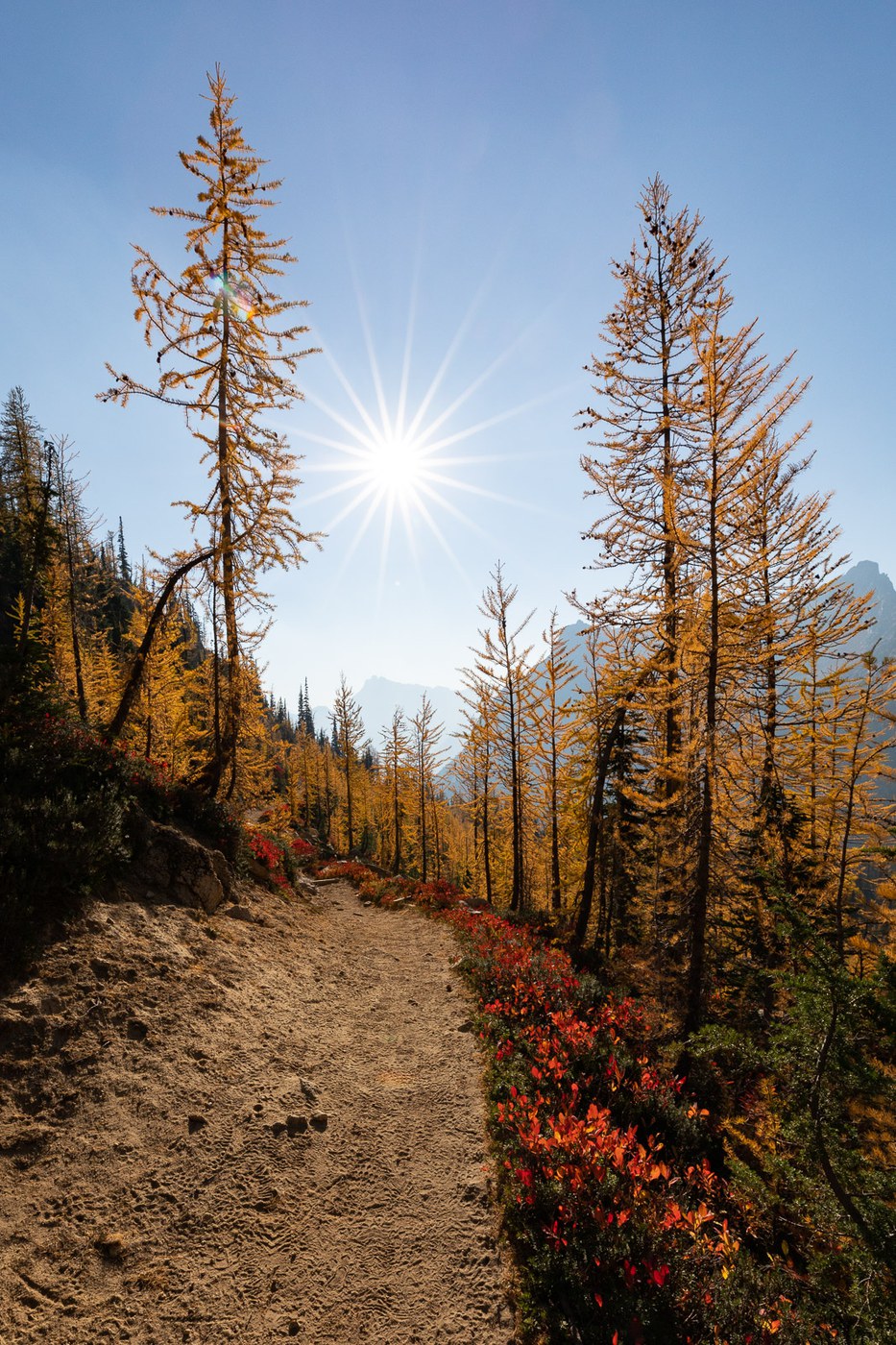 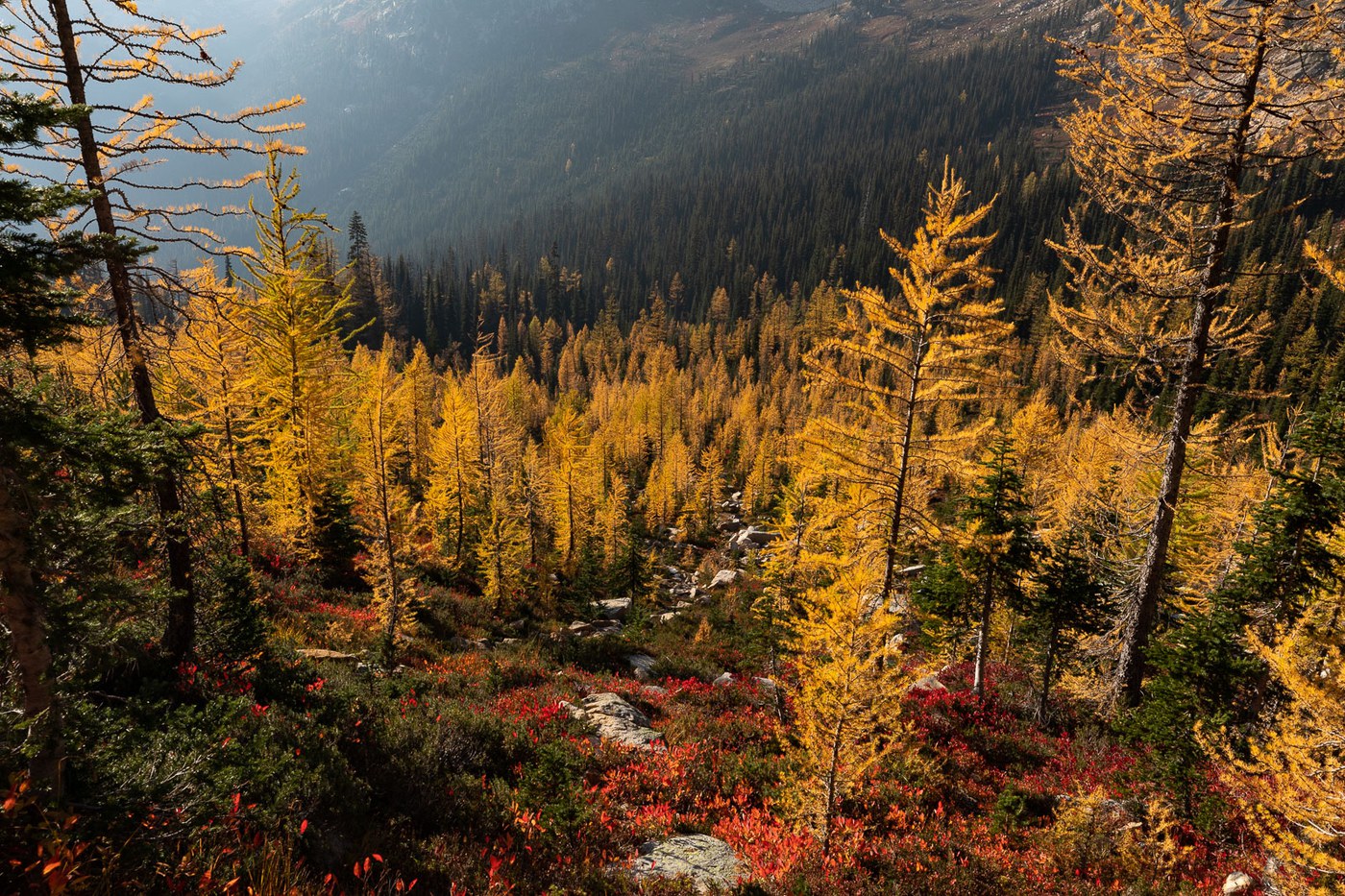