Photos and story by Christina Hickman

When I was 8, I went on my first vacation. It was only 45 minutes away from home, but we stayed in a hotel! During this trip, I established myself as the family documentarian, using up four rolls of film in 3 days. Amid the shots of the hotel room and pool and blurry fingers half covering the lens were abstract images and pictures of sunsets and nature — my first inclination toward using the medium to express myself creatively.

This trend continued through my junior high and high school years, when I became known for doing the same in my friend group as in my family. I would always get double prints from the pharmacy photo lab to share. When 1-hour film processing was introduced, my world was changed. 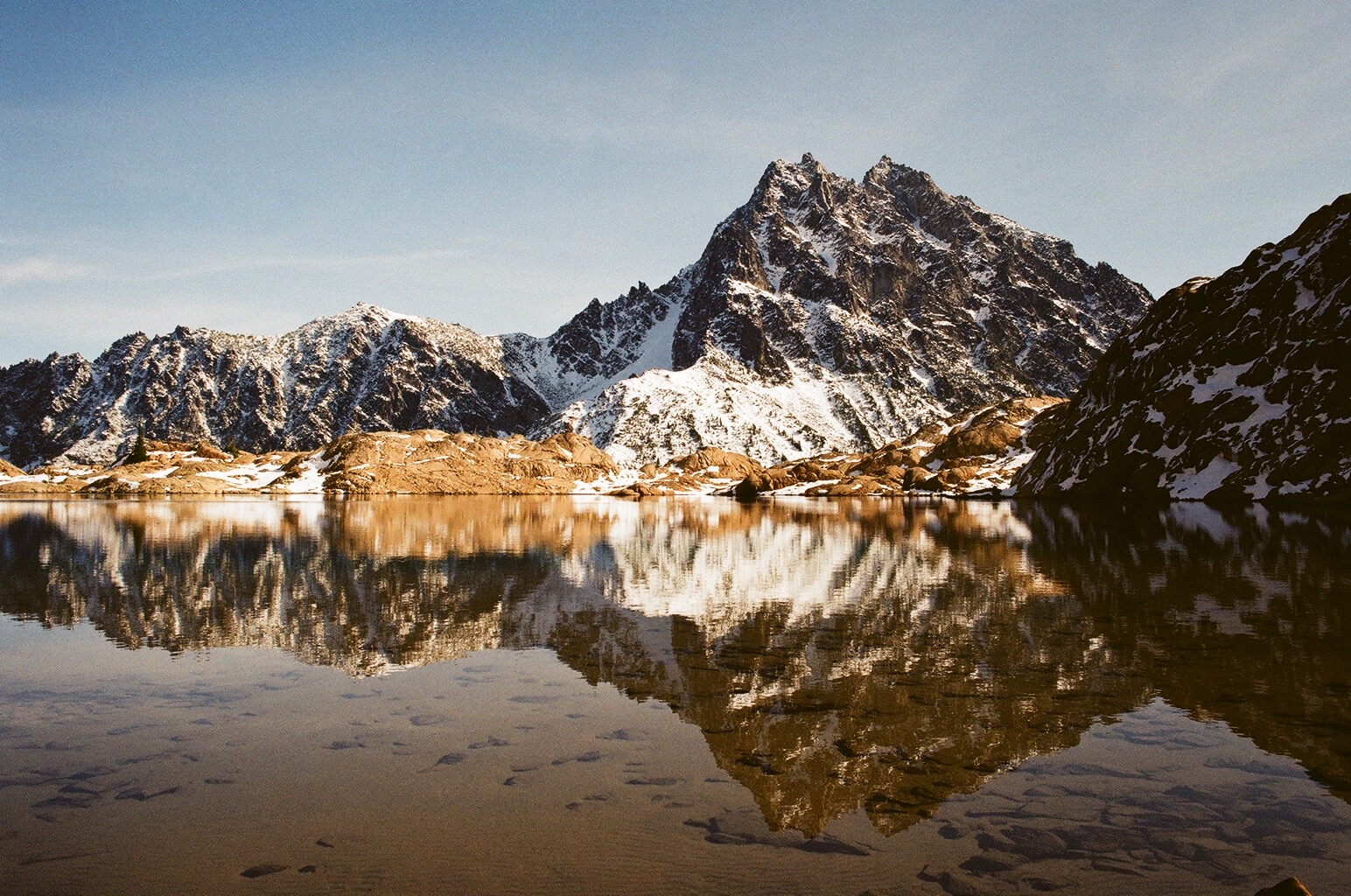 But things really took off as I entered my freshman year of college, with the advent of the point-and-shoot digital camera. No need for expensive film or long periods of waiting; the only hurdle for massive photo taking was the size of the memory card you had. And then with Facebook, I had an instantaneous outlet to upload and tag all my friends — no double prints required. By my senior year, though, I found myself missing the anticipation and the artistic sensibility of using film, and so I enrolled in a photography course. I learned how to use a manual film camera for the first time and how to develop my own film. Many nights were spent alone in the darkroom on campus. I loved it.

But then I graduated and moved away. A huge part of the allure of film photography was those solo nights spent with the smell of developer chemicals stuck in my nose, the darkness punctuated only by the glow of the red lights and jazz playing softly in the background. The final blow to my college photo days came when a bunch of sand clogged my camera after a day on the beach, breaking it — and my desire to keep the hobby going.

Then came the iPhone. Soon enough, my pocket-sized phone was taking better pictures than my point-and-shoot camera. Why carry two things when one does it all? And so, I stopped using photography as an art form, and started using it solely as a way to capture moments in time.

Over the following years, I longed to replace that broken camera and fill my empty creative gap but quickly became overwhelmed by the process of finding and purchasing another one. That is, until spring in 2019. I finally decided on and bought a “new” film camera — a classic beginner’s model, the Canon AE-1 — from eBay. I was intimidated as I relearned everything and afraid that every picture I took was going to be terrible. To be fair, there were and are many terrible photos on every roll. That’s also part of the draw; simply knowing that only 20 percent of your photos are worth sharing makes you truly focus on making each shot meaningful. 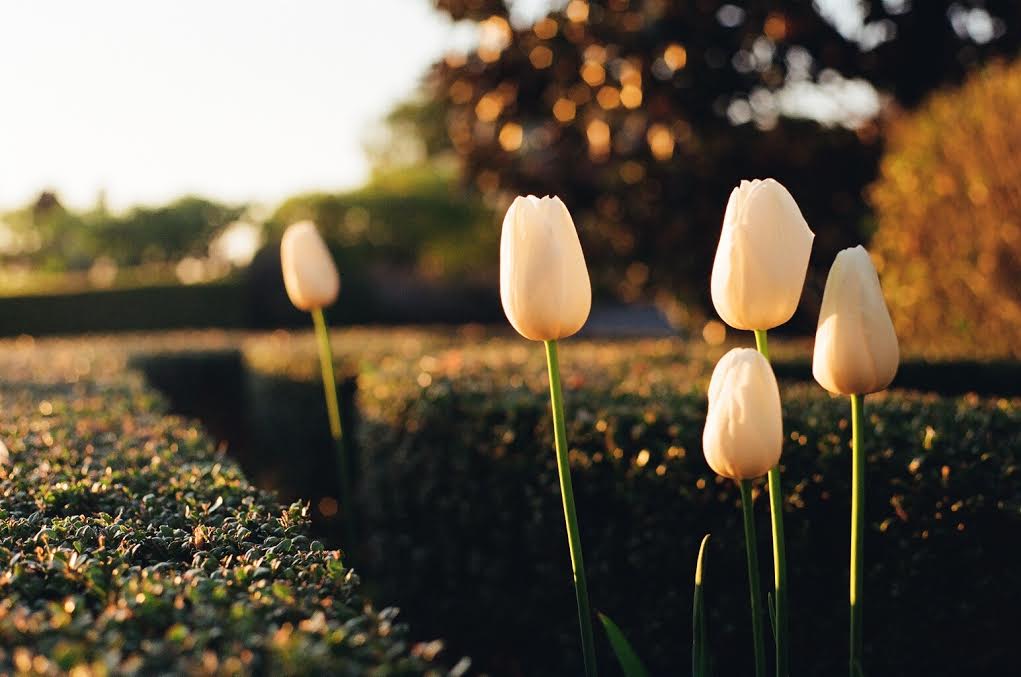 Over the last year and a half, I have toted my film camera everywhere — on trips, on hikes, on walks around my neighborhood, on my (now former) commute to work — intentionally carving out a little time each day to connect with the creative part of myself I’d lost for so long. I notice so many more little details. I’ve come to know my favorite city streets more intimately, like old friends. I know when the setting sun will hit a particular neighborhood tree. I know what downtown buildings have the best angles in the early morning light. I even knew where and when the flowers would pop up this spring after studying their life cycle through the lens last year. Being so in tune with nature this year really helped reinforce the notion that nature and life are cyclical, a much-needed reminder of normalcy in the upheaval of March and April.

When hiking and walking, taking pictures with a film camera really makes you slow down, more so than using a DSLR. I usually hike and walk fairly quickly, but you simply can’t with a camera in tow. I have truly regained (some) patience, something that has never come easily to me, and especially not in our 21st-century fast-paced world of instant gratification. You can’t just snap away frantically. You have to frame every single photo precisely how you want, adjust for lighting, wait for the wind to stop blowing … everything has to be just right to justify using one of your precious snaps (most film rolls have 36 exposures). And then, of course, you will wait some more for the film to be developed. I no longer have access to a darkroom like in college so the process can take upward of a week — and of course that’s after you finish your roll.

But getting your photos back brings such joy, such anticipation! Most of the time, I am also kind of let down; usually how I envision a photo as I take it is definitely not how it comes out. But that just inspires me to keep trying. I love experimenting with new films and new lenses. My film preference tends toward a more nostalgic, timeless coloring, but you can buy film that provides a super vivid, hi-definition photo as well. As we stayed close to home this spring and summer, I’ve made a game out of biking to new neighborhoods and documenting the feel of each through the camera. 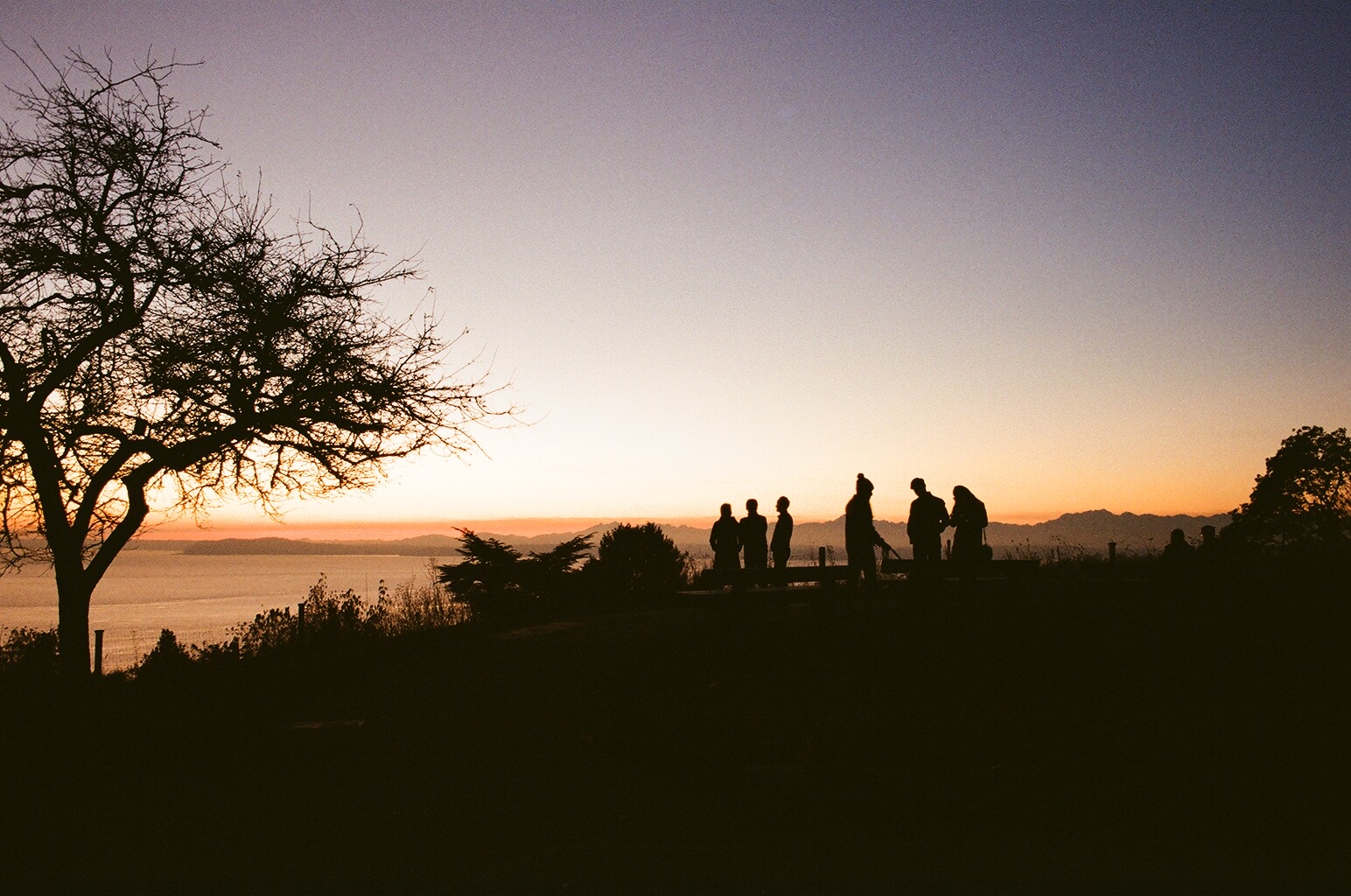 I still use my iPhone to capture everyday moments, every day. Many times, I’ll still snap a quick phone pic even if I take a film photo, just in case. I’ve come to realize that using both and having both is the right balance of pure documentation and pure joy, between necessity and something that feeds my soul. If you’ve been wanting to give film photography a try, now’s the time, with fall colors just around the corner. Jump in, try something new and don’t be afraid to mess up. It’s part of the fun.

This article originally appeared in the Fall 2020 issue of Washington Trails magazine. Support trails as a member WTA to get your one-year subscription to the magazine.