In 1827, the artist George Catlin painted a bird’s-eye view of Niagara Falls, much in the way a drone would capture an aerial image now. At the time, the stillyoung United States had been wrestling with identity and national pride. They couldn’t yet compete with Europe’s architecture or literature. The United States needed something to boast about. The answer came from nature, from wonders such as Niagara Falls.

The problem, however, was that before the U.S. government could even take pride in the landmark, they’d already let it be overrun by human-made structures. Catlin’s painting showed the famous cataract, of course, but also focused on the invading roads and farmhouses. His painting raised awareness about a natural wonder at risk. It was a warning and an embarrassment to the United States. His painting became one of the first examples of art driving conservation in our country. 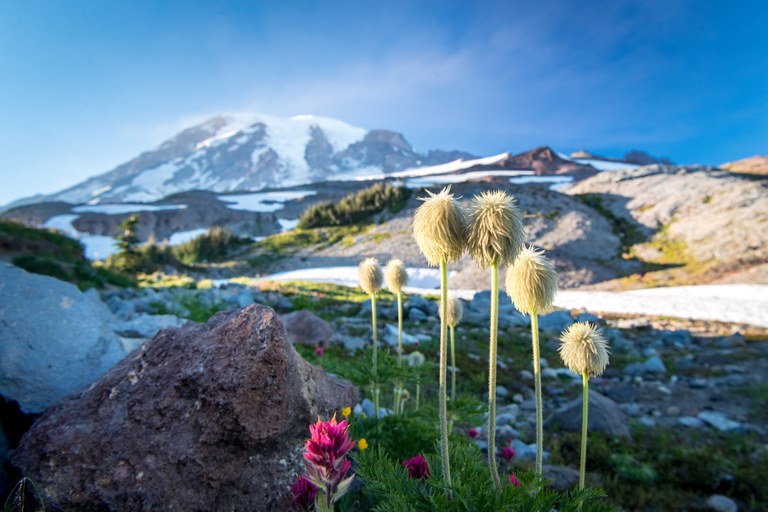 Catlin would later become the first American on record to advocate for a national park system. This came after he traveled west and visited Native American tribes, painting their portraits and the landscapes they lived in. To protect all that he’d seen, Catlin proposed the creation of a nation’s park “by some great protecting policy of government.” But Caitlin’s artistic warning wasn’t enough. (Unfortunately, even when parks were protected years later, instead of benefiting from those protections, native people were forced off of their ancestral lands.)

During the summer of 1853, a group of California gold rush miners set about a monumental task: felling a 1,200-year-old giant sequoia. The tree had been known and revered by Native Americans in this High Sierra region for centuries, but that legacy was brought to the ground in 3 weeks. The bounty became a curiosity, with bark from this “Discovery Tree” paraded around the world as proof of the natural wonders that could be found in the U.S. and validation of our burgeoning national identity.

Art changed conservation. A person no longer needed to travel to a place to see its wonders and feel compelled to advocate for its protection.

Hence, the tree was cut down and European communities marveled at its bark. They’d never seen anything like it. But they also scoffed at the absurdity of destroying such a remarkable life force in the name of national honor. They said such a specimen should have instead been cherished and protected by law. It was a mistake, unfortunately, that could never be reversed.

After these Niagara and sequoia slip-ups, the U.S. government took a new approach to accruing ecological proof of the wonders of the United States: They started sending artists on geological expeditions. Two of the most famous are Thomas Moran, a painter, and William Henry Jackson, a photographer, who both joined the 1871 Yellowstone expedition. After 40 days of exploration, the two presented their materials to Congress. Jackson’s black-and-white photographs were displayed alongside Moran’s colorful creations. These images helped convince Congress to create the world’s first national park and brought a new level of awe to the general public.

Art changed conservation. A person no longer needed to travel to a place to see its wonders and therefore feel compelled to advocate for its protection. A wonder of nature no longer needed to be chopped down and shipped off to prove it was real. Art stood in for the experience and offered accessibility to those who couldn’t physically visit. Thanks to innovators like Ansel Adams, Ken Burns and Kiliii Yuyan, who have brought iconic photos and documentaries to the attention of Americans, many individuals who have never been to Yosemite or Yellowstone or Mount Rainier, or other wild places, can easily identify them, find an emotional connection with them and feel an urgency to defend them.

And the trend continues. Culture, technology and aesthetics are changing, and artistic mediums are continually evolving. But the goal remains the same: to get people on trails. To help protect the wild.

Take the Seattle-based production company Duct Tape Then Beer, which used 360-degree virtual reality to create a comprehensive Bears Ears National Monument experience. Technology and visual storytelling helped educate the public about an unprecedented and controversial decision to remove protection for the land. People who could not visit Bears Ears now had another way to experience it and, hopefully, understand the importance of preserving it. 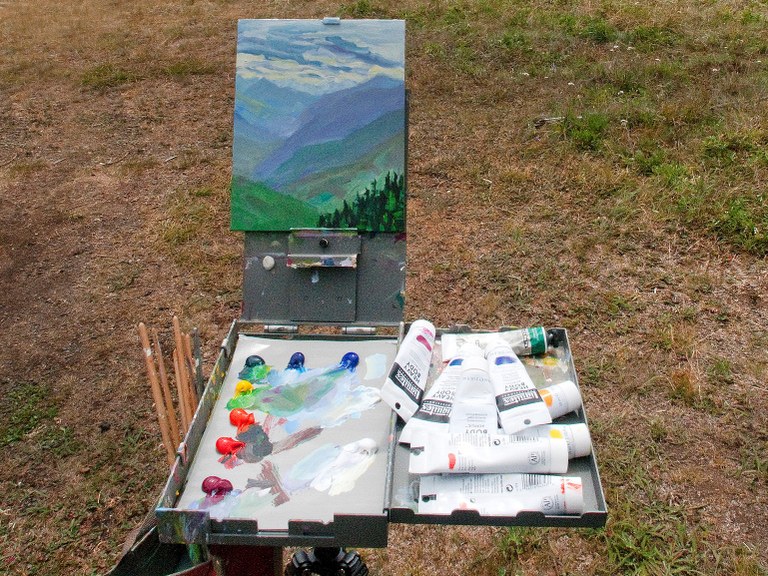 Another great example comes from John Grade and his largescale sculpture “Middle Fork.” With this, Grade set about making a full plaster cast of a 140-year-old western hemlock from the Cascade Mountains. Using the cast as a model, thousands of pieces of reclaimed cedar were arranged by hundreds of volunteers to re-create the shape of the tree. The result is heart-stirring, with the display reaching just beyond 100 feet and having been showcased both nationally and abroad. “Middle Fork” currently hangs in the Seattle Art Museum’s lobby. It can be seen for free, bringing another communal element to the already collaborative project.

And the trend continues. Culture, technology and aesthetics are changing, and artistic mediums are continually evolving. But the goal remains the same: to get people on trails. To help protect the wild.

Most recently, there’s social media, a new tool that catches a lot of flak for compromising artistry, abusing online ethics and degrading nature. This of course can be true, with YouTubers walking across restricted areas in Yellowstone for a video. But the benefits are apparent too, with millions of travelers now gaining instant access to the same responsibility only a few artists once had: to document, to educate, to advocate. An important instance of this came from the Dakota Access Pipeline protests, where Native voices were fighting to protect their lands in North Dakota and were brought to media prominence via Facebook, Twitter and Instagram. This didn’t ultimately stop the pipeline, but it set an important precedent for how photography can still unify a nation around conservation causes.

Additionally, social media reminds us that wilderness protection didn’t come without huge costs. Native people were removed from the land, and that’s a lesson from which we are still learning. There were people here long before the Europeans arrived, and they’d cared for the land for generations. And they’re still here today. To acknowledge this, Instagram accounts like @nativesoutdoors and @unlikelyhikers tag locations with their indigenous place names and ancestral history. It’s an important reminder: When we hike our favorite trails, we’re on indigenous land.

In many respects, our new modes of operation aren’t entirely unlike those of Moran and Catlin, only with computers and smartphones instead of paint on canvas — but all simulating reality. It’s compelling, then, to imagine what would have happened if those 1853 miners had had the means and insight to engage in such artistry — replicating a tree with plaster instead of killing it. Perhaps we’d have more sequoias around today. But such daydreaming gets us nowhere: The losses are ours to lament and the present battles ours to confront. We can only hold fast to the hope that with our ever-adapting tools and technologies bringing accessibility into more people’s hearts and homes, we can heed these lessons from the past and continue protecting all that is left —paintbrush, camera and virtual-reality headset in hand.

This article originally appeared in the Sept+Oct 2018 issue of Washington Trails magazine. Support trails as a member WTA to get your one-year subscription to the magazine.