The Beauty and Power of Urban Forests
Urban forests, such as Seward Park in Seattle provide powerful benefits to communities, including social and physical benefits. Photo by John Marshall.

The Beauty and Power of Urban Forests

Apart from the pleasure of a green view, there are many tangible benefits associated with urban forests, including improved mental and physical health, economic advantages and community health | by Keiko Betcher

A year and a half ago, if you had started to stroll along the Eighth Avenue Trail in the South Park neighborhood of Seattle, you likely would have changed your mind within moments. Locals called it the Scary Trail — it was overgrown, littered with garbage and needles, vandalized with graffiti and a common place for drug use. The trail went through an urban forest, yet it couldn’t offer the health, community and economic benefits that typically come with green spaces in urban areas.

Today, thanks to work from the community, you’ll find children and families taking the newly named Happy Trail as a shortcut to the library, elementary school and community center. And 14-year-old Daniela Cortez, one of the youth who helped transform this trail with the Duwamish Valley Youth Corps, says that the spruced-up trail has strengthened the community.

Those changes are precisely the benefits that are associated with the urban forest, which can include tree-lined streets, parks with trees and a shaded trail in the middle of a city. Dale Blahna, a research social scientist for the U.S. Forest Service, says that one of his favorite urban hikes is through the University of Washington’s campus.

“It’s very manicured: a lot of grass, a lot of formal gardens, the trees are spaced and integrated between buildings extremely aesthetically. We love walking on campus. It’s just beautiful, and it’s because it’s an open space,” Dale said.

Apart from the pleasure of a green view, there are many tangible benefits associated with urban forests, including improved mental and physical health, economic advantages and community health, all of which affect each other.

One benefit of spending time near nature is stress reduction, which can help you to relax, Dale says. Studies in Japan found that taking a walk through a forested landscape reduces blood pressure and enhances immune functions, leading to a variety of mental and physical health benefits.

Green spaces make walking around an area easier and more appealing. Walking more and having an active lifestyle can help with weight control and reduce symptoms of diabetes and cardiovascular disease, says Kathy Wolf, a research social scientist at the University of Washington. Children with ADHD and people with depression both show fewer symptoms when they are active outdoors, according to studies from the University of Illinois and the University of Chicago, respectively. For those recovering from any sort of illness or trauma, spending time outside can help with recovery and healing, Dale says. 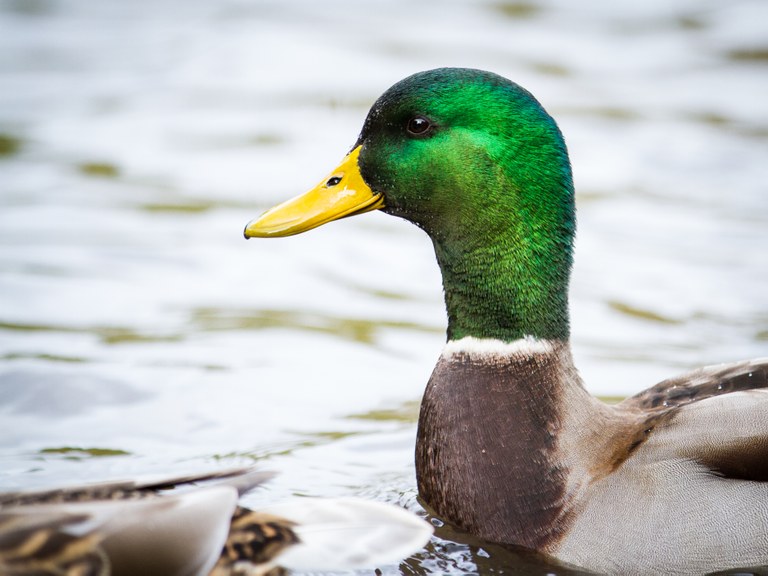 Urban parks are home to many different varieties of flora and fauna, including the common Mallard. Photo by Timea Zilcsak.

Medical treatment for conditions such as ADHD, depression and diabetes is expensive. About 17 percent of our nation’s gross domestic product is spent on healthcare services, with some households spending up to 25 percent of their income, says Kathy, whose recent research involves the economics associated with urban forests.

“It looks like, potentially, our nation could save billions of dollars on an annual basis by investing in quality nature for people in cities,” -Kathy Wolf

Research suggests that nature’s health benefits might help people reduce or no longer need medication for certain health conditions. For example, to minimize an ADHD patient’s need for Adderall, a doctor might direct them to be active outdoors a few hours a week. Some doctors have already made the switch. Parks prescription is a new kind of treatment, one that recommends people get some moderate activity outside in nature for a certain amount of time each week. Doctors are prescribing it, and people are studying it to see how well it works, Kathy says.

In addition to improving physical health, urban forestry has a positive impact on community health, too. The South Park neighborhood is living proof. While the Duwamish Valley Youth Corps removed many bags of trash, cut back weeds and planted trees along the Scary Trail, as Daniela mentioned, the positive change in the community was the biggest impact of the project.

“When you clean up that area and make people see the good that this neighborhood has, then you get to open your eyes to all these great people who live in this area who want to make a change,” Daniela said.

Dale, who played a big role in supporting the formation of the DVYC, says neighborhood-related projects that bring communities together and improve social cohesion are just as important as the health of the physical environment.

“The Duwamish Valley Youth Corps, none of the youth started as rabid environmentalists,” Dale said. Yet, at the graduation ceremony held for the youth corps participants, many of the 13 to 18-year-olds spoke about the important role of trees, parks and trails, Dale says. There is one thing that almost all social groups share: They love being outside—and it isn’t always to help the environment or feel rejuvenated from being in nature. Dale’s research found that many people who participate in environmental stewardship do so simply to have a good time with their community.

The Weoena Park in Bellevue is a great escape for city residents. Photo by Keiko Betcher.

It’s important to recognize that the reasons people get outdoors and what they get out of it might be different from your own. Hikers are often thought of as seclusion-seeking backpack wearers, but many folks like being outdoors with larger groups of friends and family, Kathy says. In cities, people have more options to do just that. Nearly everyone can access and enjoy urban forests, and this is perhaps the greatest benefit.

“Hiking implies a narrow trail and rough surface, but that limits the types and numbers of people who can use that space,” Kathy said. “Maybe solitude is not as much of a goal as offering a broader set of opportunities.”

Nearly everyone can access and enjoy urban forests, and this is perhaps the greatest benefit.

Recognizing the benefits of nature in the city is a great way to get more folks outside to appreciate, protect and care for the beautiful Washington trails we love. Plus, natural areas offer many benefits to the surrounding community. It’s no wonder the Scary Trail was renamed the Happy Trail. When you hike it, you’ll feel relaxed. Your body will thank you, perhaps down the road your wallet will thank you, and you will be amongst your community — all of which contribute to your well-being and happiness.

This article originally appeared in the Sep+Oct 2017 issue of Washington Trails Magazine. Support trails as a member of WTA to get your one-year subscription to the magazine.