Prescribing the Power of Parks
Research has shown that spending time in nature, such as at Lake Padden in Whatcom County, improves psychological and physical health. Photo by Katie Kemp.

Prescribing the Power of Parks

“If you could put the power of a park into a pill, it’d be a blockbuster,” said Greg Anderson, a family doctor and outdoor enthusiast.

Greg, who practices at Family Care Network–Bellingham Bay Family Medicine, enjoys trail running and walking, often with his Weimaraner. He knows, personally and professionally, the value of getting outdoors.

“A written prescription for exercise from a doctor is really powerful,” he said.

Greg knew that was true from his medical school training, from his residency and from journal articles. Yet, even with that knowledge, he didn’t have a user-friendly way to prescribe outdoor exercise.

Now, however, a pilot program in Whatcom County is giving health care providers a tool to help them write prescriptions for parks. 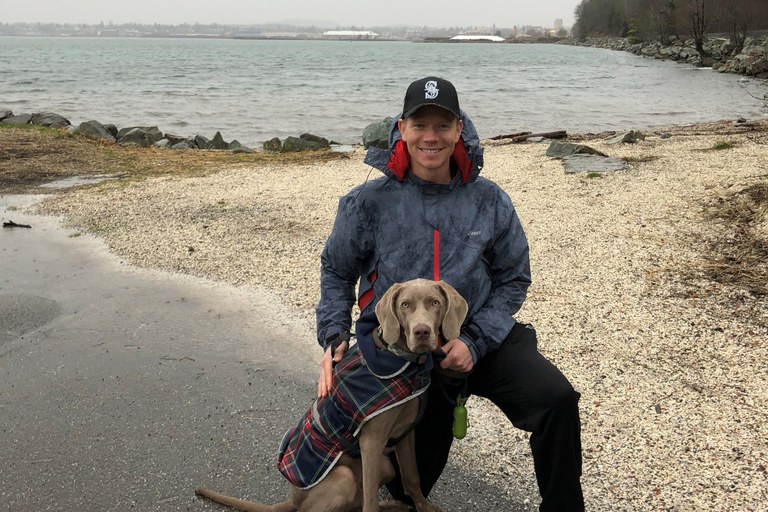 Greg Anderson is a family doctor. He regularly writes prescriptions for his patients to spend time in parks. Photo by Karla Anderson.

Parkscriptions, which was created by the nonprofit Recreation Northwest, aims to help people reap the mental and physical health benefits of being outside. A website gives providers and patients access to a user-friendly tool that showcases all of the parks in Whatcom County.

When Greg writes a park prescription, he pulls up the Parkscriptions website in the exam room with his patient. Together, they look for a park that suits their needs. And then Greg prints off the park information and tells his patient how often to visit and for how long.

The program was inspired particularly by Park Rx America, a successful program that began in Washington, D.C., and is expanding across the country. Park Rx’s goal is to battle chronic disease and improve people’s health and happiness by encouraging doctors to prescribe time in nature to their patients. 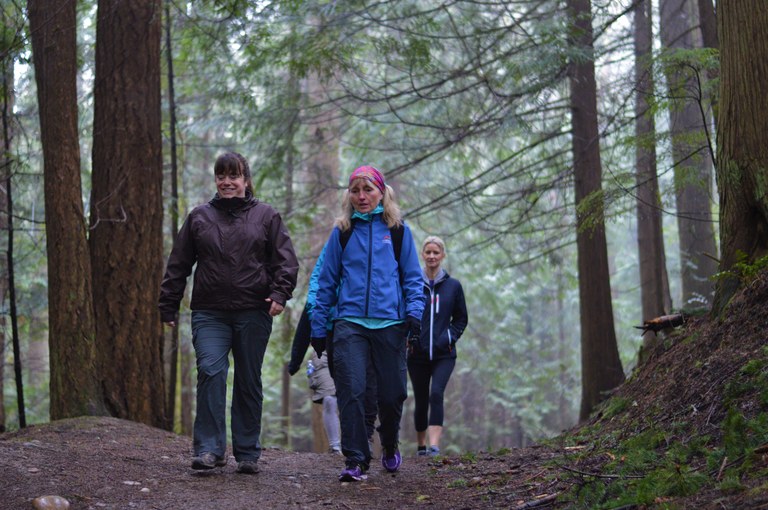 April Claxton, Polly Favinger and Jessica Pursell enjoy a walk at Lake Padden Park, one of the many parks featured on the website for Parkscriptions, a new program in Whatcom County. Photo by Dallas Betz.

April Claxton is the co-executive director for Recreation Northwest and one of the driving forces behind Parkscriptions.

“We kept hearing about this idea,” April said, “and we were excited about it as a way to get more people outdoors. We really liked the idea of the doctor being a trusted source of information. It adds an extra layer to outdoor recreation—it’s something that’s good for you, rather than just a fun thing. … As we looked into this, we started seeing more and more research that confirms the mental and physical health benefits.”

That information, paired with research that showed that many people in Whatcom County weren’t being active in the outdoors, encouraged Recreation Northwest to go forward with the program. When they started talking to health care providers, the response was overwhelmingly positive.

When Greg’s practice manager asked him if he was interested in the program, he jumped at the chance. Now, each morning, he and his nurse look over who is coming in that day. They select candidates who could benefit from Parkscriptions. Greg says that, most often, he makes a park prescription for patients with a metabolic condition, such as high blood pressure, or a mood disruption, such as anxiety or depression.

“For anxiety and depression, regular exercise in a natural setting can be more powerful than medication,” he said.

Greg says his patients know that he doesn’t always reach for the prescription pad when they first bring a problem to him. And Parkscriptions is a natural extension of his approach to his practice. He says his patients appreciate a more natural approach.

“Parks are side-effect free,” he said.

From midsummer 2017, when he started the program, to early January 2018, Greg wrote 91 park prescriptions, which works out to about one per day. Greg says his rate has increased as he’s gotten used to the program. More recently, he’s been writing several a day.

"If you could put the power of a park into pill, it'd be a blockbuster"

“I’ve seen 11 of those people back,” Greg said. “Five of them went to a park I prescribed, two went to a different park, and four said they hadn’t had a chance to go yet. … That’s greater than a 50 percent response, which is better than the fill rate for prescriptions. When you use time in the exam room, it helps to emphasize that this is important. It’s a powerful tool, and I think that if you present it in the exact same way you would give them a prescription for medicine, they get it.”

Greg has also been practicing what he preaches. He doesn’t work on Thursdays. Instead, each week he uses that day to visit a Whatcom County park that he’s never been to.

A BOOST TO MENTAL HEALTH

Rene Laventure, a psychotherapist and licensed mental health counselor in Washington state, has been interested in Parkscriptions since the first time she heard about it. Just like Greg, she participated in the pilot program last year and will continue this year as well. She knows from her decades of experience as a psychotherapist, as well as her own personal experience, that time outdoors is vital for emotional and physical well-being.

“As a psychotherapist for about the last 20 years, I’ve been working in the area of what’s called ecopsychology,” Rene said, “which is a basic belief that we are totally interconnected with everything in the natural world and that the fact that we’ve really lost that understanding of that connection has added to a lot of the emotional ills and physical ills in our lives.”

With that in mind, Rene was delighted to incorporate Parkscriptions into her work. 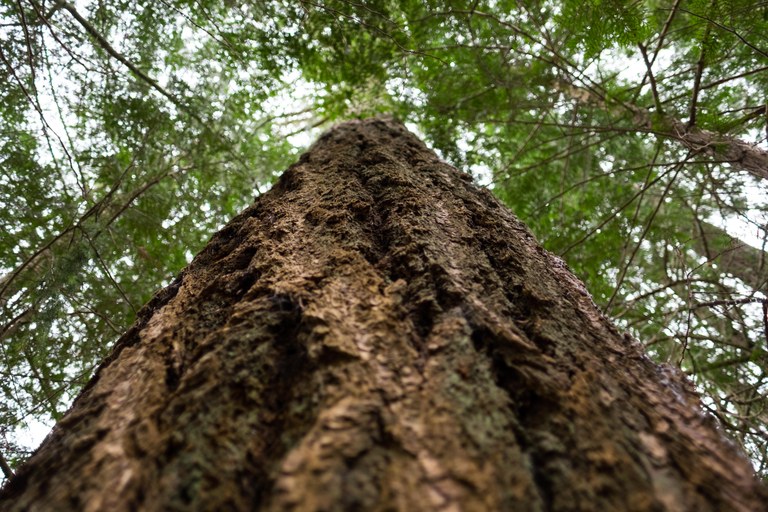 Whatcom Falls Park has plenty of trees to walk beneath. Photo by Jake Tull.

“I’ve used it with people who would typically be afraid of the natural world or who would be so depressed that they didn’t have the energy to get out,” Rene said. “I’ve encouraged them to get outside and made them part of the program. And it’s really made a difference.”

Rene says that she sees her clients making subtle shifts and realizing how being outdoors can help them. People who wouldn’t normally get outdoors, after taking a walk with Rene’s encouragement, begin to think about where else they could walk. Or they begin to realize that they do feel so much better after being active outside. And it’s making a difference, she says, for those who do it consistently. In particular, she’s seen her patients gain confidence.

“On top of seeing the mental health benefits of being out there, they’re also really proud of themselves for doing this,” she said. “They’re gaining more confidence that they can do these things and do them well. And then they can challenge themselves in new ways, whether that means doing more outdoors or doing more in social areas or other areas of their life.”

Rene is excited to continue with the program and wants to see it expanded. She hopes more people will begin to understand that there are real, measurable mental and physical benefits to getting outside. And it’s not just that it feels good to be outside, she says.

“There are real things happening in our bodies and to our emotions,” she said.

Susan T., one of Rene’s clients, was an early adopter of the Parkscriptions program. Last year, Susan had a major foot surgery that left her stuck in bed for many months. She was also dealing with mental health challenges, which she says had been exacerbated by a brain injury she received in a car crash when she was younger.

Rene encourage Susan to try walking. When she first started, Susan was only able to walk for 15 minutes at a time. Her first mile took an hour to walk. After diligent, regular walking, she was recently able to walk 2 miles in a little over an hour. She was delighted by the progress and regularly walks 2 to 4 miles a day now. She’s found
that walking makes her hungry, and it encourages her to eat more regularly, something she has struggled with in the past. Rather than starving herself to control her body, she’s used food to power her walks.

With endorsements like that, it’s easy to see why Recreation Northwest is working to expand the program this year to 40 health care providers around the county. The organization is also developing a basic how-to kit for new providers who join the program. In the future, it hopes to add group events and reach out to specific populations that could use help getting outdoors.

Washington state is a hub for outdoor recreation. It’s a powerful driver of our economy—and it can be a powerful way to improve people’s health. April has already heard from interested health care providers beyond Whatcom County, and she hopes to be able to expand the program. Hopefully, one day Parkscriptions will be available across the state. And when you visit your doctor, perhaps you’ll walk out with a prescription to explore a new park.