As hiking's popularity booms, that includes a new wave of ethnic and racial diversity | by Lornet Turnbull

Maria Lamarca Anderson grew up in the Seattle area with a healthy appreciation for the boundless beauty around her.

But with her parents busy raising six children, outdoor adventure for the Filipino family was typically a summer picnic at a neighborhood park. She was a young adult before she took her first real hike.

These days, the mountains unceasingly beckon.

And while her hiking partner-turned-husband introduced her to less challenging trails, the communications professional discovered grueling thigh burners and backcountry adventures on her own. 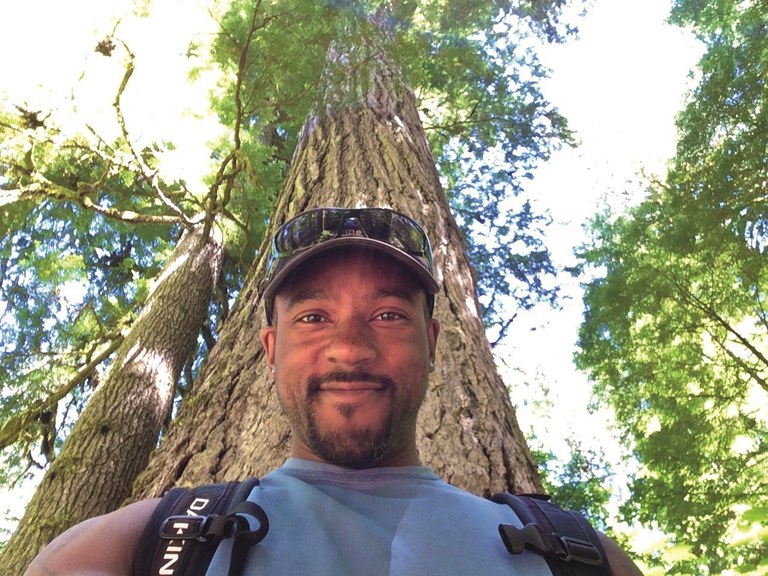 “The outdoors sustain me,” Maria says. “I love the challenge of it, the beauty of it. I love that the wildflowers come back every year.”

Whether it’s for health, sheer enjoyment, the jaw-dropping views, a connection with nature, the urge to conquer or a need to unplug—or just because the mountains are there—people are flocking in record numbers to public trails across the state. Trail registrations and sales of state and federal trail passes are up. And anecdotal evidence suggests a growing number of these users, like Maria, are people of color—a departure from the scene less than a decade ago.

"I still remember the first time I saw a black face in REI magazine. I thought, 'There I am.' The image of who is out there is starting to change." —Maketa Wilborn

“Right now, we are seeing the beginning of a new wave of ethnic and racial diversity on the trails,” says Maketa Wilborn, an organizational development consultant in Seattle who has led diversity and inclusion training for WTA volunteers.

For the last two years, Maketa has talked about equity and inclusion as the keynote speaker at WTA’s Crew Leader College. This year, he also taught a portion of the leadership class, focusing specifically on identifying and interrupting personal biases in conjunction with building an inclusive community on trail.

Social media is also helping to amp things up. The Facebook site Washington Hikers and Climbers, for example, has gained more than 60,000 members in three years and recently has been adding about 140 new people a day.

“We have an embarrassment of riches out here,” says Gary Paull, wilderness & trails program coordinator with the U.S. Forest Service.

“I think we are at a tipping point,” Gary says. “Because of the number of people out there, there are those who feel more comfortable coming out … the use is definitely increasing faster than the population.”

Maria believes most new trail users aren’t Washingtonians who suddenly decided to see what all the fuss in the mountains was about.

Rather, she suspects they are people who moved here from another state or country and want to enjoy the outdoor recreation opportunities here.

“They understand they are living in a very special place and are taking full advantage of that,” she says.

Some longtime hikers grumble about the suddenly crowded trails and about a general lack of etiquette or talk about seeking farther-out destinations to escape it all.

Sully Moreno, a 28-year-old marketing consultant who grew up in Panama City, takes a different view. She enjoys being around other hikers and savors “the feeling of accomplishment when you complete a hike and you are surrounded by people who have had the same experience.”

Her move to Seattle five years ago, she said, unlocked a passion for the outdoors. “I get extra happy when I hear others speaking Spanish on the trail.”

Seattle is within 100 miles of 3.6 million acres of wilderness—more acreage than any other large U.S. city, according to the U.S. Census Bureau.

In recent years, state and federal land management agencies have explored ways to make wild areas more inclusive for all people, some of whom, historically, have felt excluded.

National parks have a complicated history with race, as many remained segregated through World War II. And the parks’ connections with Native American tribes often are missing from the stories visitors are told about them.

These days, many organizations partner with schools and other groups to reach underserved populations, with an emphasis on the next generation, the most diverse in the nation’s history. Washington Trails Association is working with such groups to reduce barriers to getting outdoors and introduce young people to trails with low- or no-cost programs. With the Outdoor Leadership Training program, people who want to get youth outdoors can learn the skills they need. Then they can take those skills and share them with the communities they are a part of. WTA’s gear library offers gear—including boots, rain coats, tents, packs and more—for those groups to borrow. 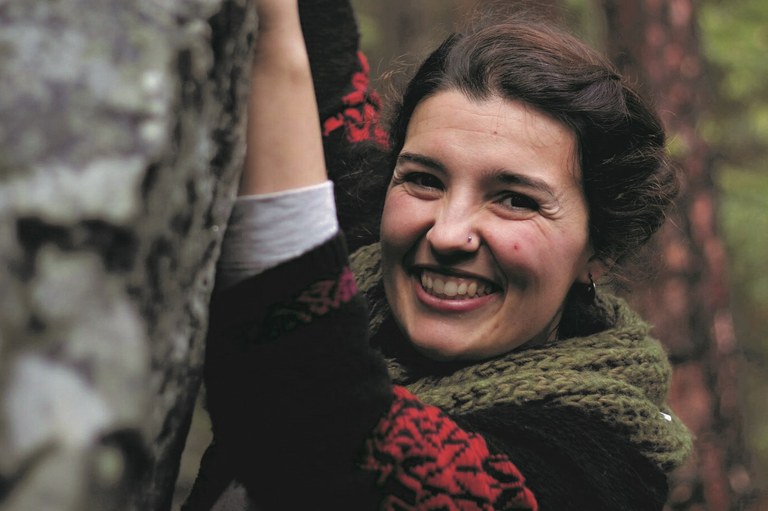 Other outreach efforts are working to get young people from urban areas to consider careers in national parks. In 2015, roughly 80 percent of National Park Service employees were white.

Meetups, as well as affinity groups like Latino Outdoors, Black People Hike and Outdoor Afro, have formed to help communities not just discover and explore the outdoors, but to do so safely.

Some outdoor companies, too, have been more intentional about bringing diverse images to their magazines and websites.

“I still remember the first time I saw a black face in REI magazine,” says Maketa, who grew up in Tacoma and began skiing when he was 4. “I thought, ‘There I am.’ ... The image of who is out there is starting to change.”

But some believe it’s not enough, given the population shift.

"The idea is if you are led and guided by someone who looks like you, then you are far more comfortable and at ease. It doesn't feel like someone coming to save the community" —Bianca Fernandez

A native Floridian and Latino Outdoors ambassador, Bianca’s first exposure to Washington’s outdoors was rock climbing near Omak with a boss so hardcore, he kept a gear library at his home.

Language can sometimes be a barrier, she said, as well as factors related to immigration.

Bianca said that in outdoor advertising, she doesn’t “see a lot of women who look like me ... full-bodied women outdoors. Throwing in a few diverse faces doesn’t cut it.”

There are any number of reasons people don’t venture into the wilderness, where the fear of getting lost, being injured or attacked is amplified in the minds of the uninitiated, regardless of race.

For some people, traipsing about in the wilderness just isn’t their thing.

Some people of color are concerned about how welcome they will be in the communities and trails on the way to the mountains.

For some African Americans, there’s historical trauma related to being outside cities and in the wild, Maketa says. “There’s uncertainty about the character of people who live out there.’’

And there’s the misconception that hiking is something only white people do.

Bianca says it’s important to meet people where they are, recognizing cultural nuances, like people who want to listen to music while they hike.

Race aside, first-time users may not even know what a trailhead is or how trail passes work. They may not understand what gear is appropriate or that sneakers are a poor footwear choice for trails covered in snow and ice.

“I think that’s where some of the disconnect occurs,” Bianca says. “People don’t know what they don’t know.”

Having groups like Outdoor Afro and Latino Outdoors learn how to lead hikes for people in their communities is one way to encourage more of them to get outside.

“The idea is if you are led and guided by someone who looks like you, then you are far more comfortable and at ease,” Bianca says. “It doesn’t feel like someone coming to save the community.”

People connect with the outdoors in any number of ways. For many of us, including Connie Nelson, it goes back to childhood.

Connie, who grew up in Taiwan, remembers her mother “dragging” her and her sister on a hike each Sunday because it was “free entertainment.” 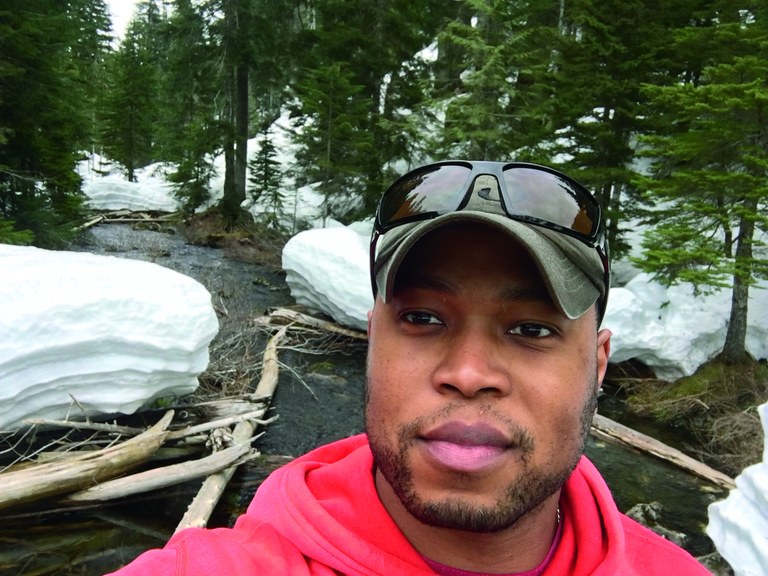 But the connection endured, and when Connie’s own family was looking to relocate from Tennessee 10 years ago, mountain size became the litmus test. Mount Rainier won, hands down.

Five years ago, Connie, a kettlebell and yoga instructor, began conditioning her feet for barefoot hiking, which she saw as a healthier lifestyle choice.

“There’s a raw primal energy that I draw from when I go barefoot,” she says. “I’m connected to the earth.

“The whole (hiking) experience is so meditative,” she says. “It’s something that I appreciate now that I’m older, that I didn’t when my mom was dragging me out into the woods.”

For Donte Ross, who was raised in Texas, that outdoors connection didn’t come until later. He figured he’d done his share of “hiking” in the deserts of Iraq and Afghanistan. After he retired from the U.S. Army, he settled in the Seattle area. Then, on his 34th birthday last year, a buddy invited him on a hike to Silver Peak in the Snoqualmie region with a group from Afro Outdoors.

“It’s not like going to the gym or doing CrossFit,” he says.

Donte has heard the idea that black people don’t hike and dismisses it as silly. He uses the pictures and videos he shares on Facebook to entice and introduce others to the trails. He’s made many new friends that way, he said.

Passing on the love

Thirty-five years after her first hike, Maria also wants to make sure others have an opportunity to enjoy the outdoors.

She has started taking the kids in her family on city park hikes, so they don’t reach adulthood without discovering them.

And for the last three years, she’s led an excursion to Second Burroughs, a 3.5-mile-roundtrip trek with a jaw-dropping view of Mount Rainier. “The payoff is crazy amazing. I can get people to see you don’t have to do a monumental climb to get the most amazing views.”

Lornet Turnbull is a freelance writer in Seattle who spends most weekends exploring new hiking trails in the Cascade and Olympic mountains. Follow her on Twitter: @turnbulll

This article originally appeared in the Jul+Aug 2017 issue of Washington Trails Magazine. Support trails as a member of WTA to get your one-year subscription to the magazine.