Skip to content
link
Spokane-area Hiker Protects Trails She's Loved Since Childhood For Spokane-area's Holly Weiler, getting to lead work on trails she's loved since childhood has special meaning. That the project came in ahead of schedule and under budget is just a bonus. https://www.wta.org/news/signpost/antoine-peak-success-story https://www.wta.org/news/signpost/antoine-peak-success-story/@@download/image/057d0f2b-c401-492f-a2b2-f3bbb7e76f8e-2.jpg

For Spokane-area's Holly Weiler, getting to lead work on trails she's loved since childhood has special meaning. That the project came in ahead of schedule and under budget is just a bonus. 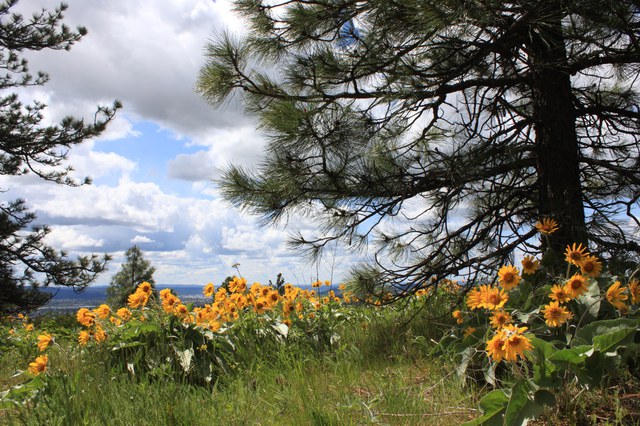 Balsamroot bows in the wind on Antoine Peak. Photo by Holly Weiler.

Every time a WTA crew begins work on a new trail, I'm excited about the possibilities and improvements for our local trail systems. However, the project at Antoine Peak held a special meaning for me. I grew up within a mile of the new trailhead on the west side of this Spokane County Parks Conservation Futures property. As an adult, I haven't strayed far, currently residing within three miles of that same trailhead.

For me, working on Antoine is like working on an extension of my backyard. Every morning I wake up to views of the summit outside my bedroom window.

As a child, my father's friendship with the owner granted me special permission to go horseback riding on Antoine. As I explored the old logging roads spanning the property, I knew it was a place that held a lot of potential. Unfortunately, the property owner saw potential too. Rumors emerged of plans to subdivide the 1,076 acre property into 20 acre parcels. 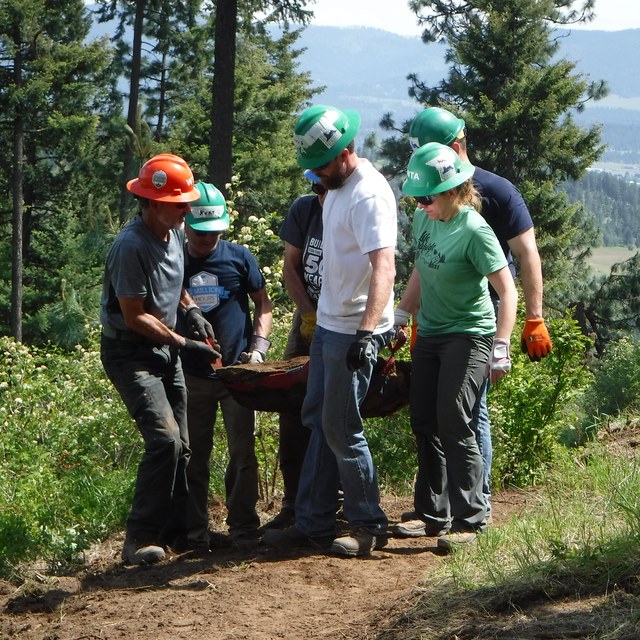 Fortunately for me and other Spokane-area outdoor enthusiasts (not to mention local wildlife), the property got a top ranking for acquisition through the Spokane County Conservation Futures program.

This unique program, beginning in 1994, authorized a property tax levy to be used for acquiring and preserving properties that hold special value for open space, wildlife habitat, and other natural resource values.

Antoine Peak is one of 30 acquisitions to-date, and the largest property purchased through Conservation Futures funding. Due to its magnitude, the acquisition process took three phases over a period of four years beginning in 2007, with 50% of the funding coming from Washington State Recreation and Conservation Office (RCO) grants. The original owner received fair market value and the property would remain intact and available to the public for all forms of non-motorized recreations. A win-win for everyone.

But securing the property was just the first step. What followed was the time-consuming process of developing trailhead access to the property and establishing a trail plan. The eastside trailhead came first, with the westside opening shortly behind this past October. In the meantime, the trail plan was approved and WTA crews were able to get on the ground to begin improvements in March 2016. 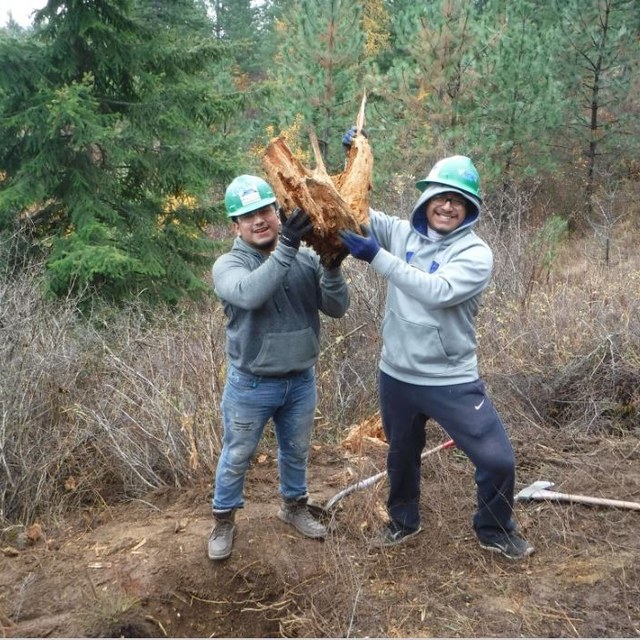 Volunteers at Antoine Peak celebrating the removal of a stubborn stump. Photo by Holly Weiler.

The original trail system at Antoine Peak consisted entirely of old logging roads or unmaintained social trails. Some of these "trails" were actually skid roads, used to slide logs off the surrounding hillsides. Before the land had been formally acquired by the county, years of misuse by unauthorized motor vehicles had caused erosion and disturbance to the wildlife, calling greater attention to the need for an official trail system.

During one early visit to the new eastside trailhead, I encountered two hikers coming down one of these overly steep and highly eroded skid roads. To keep from falling, one hiker sat down in the middle of the road and proceeded to crabwalk her way down the trail.

Trailwork at Antoine Peak began in March of last year, and over the course of the summer, WTA devoted 27 work days and nearly 2,500 volunteer hours to the project. Thanks to the help of our enthusiastic volunteers, the project at Antoine was completed with time -- and budget -- to spare.

The new trail segments on Canfield Gulch are open for exploration, whether you come on foot, on horseback, or by mountain bike. With a coating of snow, the conservation area also makes a fine place to explore on snowshoes or Nordic skis over the winter.

With only a few finishing touches in store for this spring, our work here is almost done. Which means we can focus our efforts on another Conservation Futures property, Mica Peak.

Interested in volunteering at Antoine Peak, Mica Peak or other Spokane-area trails? Keep an eye on upcoming trail work parties and join in the fun!