Skip to content
Story Behind the Photo: Going Against the Stream Every year, WTA invites photographers to share their favorite photos for our annual contest. Photographer and avid hiker Mike Warren shared this shot at Sahale Peak during last year's contest. https://www.wta.org/news/signpost/going-against-the-stream https://www.wta.org/news/signpost/going-against-the-stream/@@download/image/boston basin.jpg

Story Behind the Photo: Going Against the Stream

Every year, WTA invites photographers to share their favorite photos for our annual contest. Photographer and avid hiker Mike Warren shared this shot at Sahale Peak during last year's contest.

On some days, the look of a mountain’s unpredictable weather can make you reconsider your hike. For climbers, who have a long, extra step after their hike, the sight of gray clouds can be even more discouraging. But every now and then, people take the chance anyway—and get lucky. In late July of 2016, Mike Warren was one of those people. 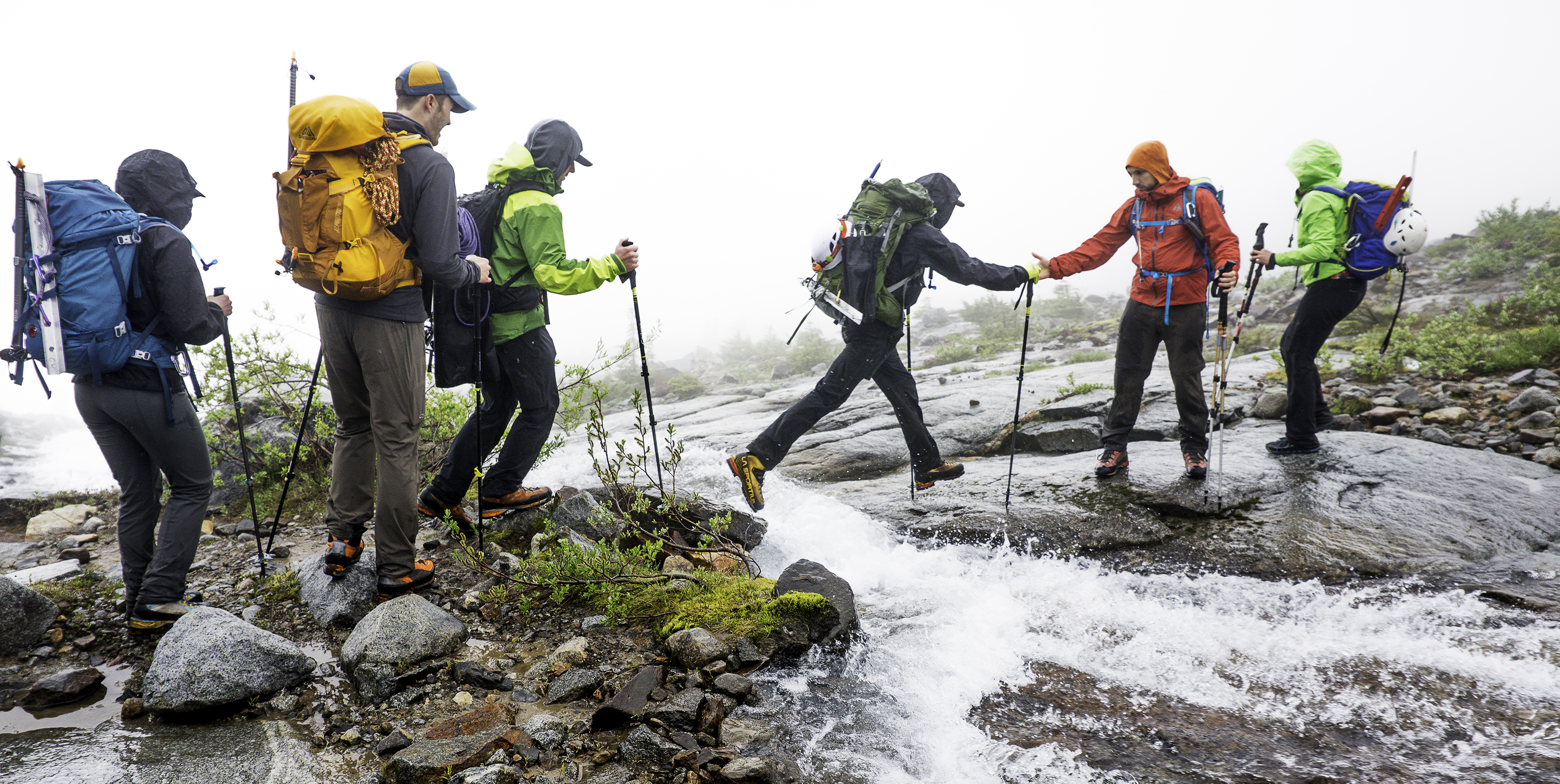 Llana Robertshaw leads a Seattle Mountaineers basic climb to Sahale Peak, followed by Dennis Killerich, who offers a helping hand to a climber crossing a slippery stream in the Boston Basin. Photo by Mike Warren.

On a wet, drizzly morning in the North Cascades, Mike joined a Seattle Mountaineers basic climb, led by his friend and former climbing student, Liana Robertshaw. Their destination was Sahale Peak. Doubts about continuing the climb arose at the trailhead, before the hike even began. But the team decided to scope things out—if the weather was still wet at the bottom of the glacier or if the conditions looked unsafe, they would turn around.

Through the forest they went, and when they reached Boston Basin, pictured above, the weather still hadn’t improved. The glacier was within reach and the chance of climbing seemed slim, but Mike and the others kept moving. When they reached a wet and slippery stream, the hikers offered each other a helping hand and continued to the snow line with their fingers crossed.

“Then, almost miraculously, there was a quick break in the clouds! We roped up for the glacier, and headed up.”

Mike says it was like a miracle— immediately after they reached the bottom of the glacier, the clouds vanished, revealing a bright blue sky. The weather had decided to reward them for their work. So the group climbed Sahale Peak—for Mike, it was his 10th time.

At the summit, Mike, Liana and the rest of the group were greeted with crisp, panoramic views of the Cascades, and for a precious moment, there wasn’t a cloud in sight. Sometimes, taking a chance and staying positive through the tough spots, like helping your friends cross a slippery stream, is worth it, like it was for Mike.

“We were in and out of the clouds all day, but the climb was successful and safe, and everyone had a fantastic time!” Mike said.