This year's fires took an enormous toll on Washington communities and wracked up a hefty bill, forcing the Forest Service to raid recreation funds. 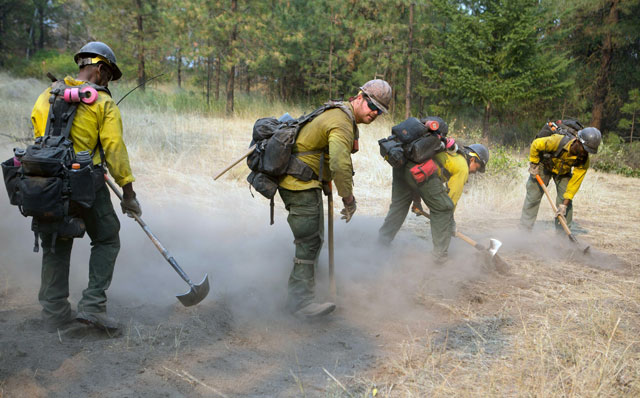 For many Washingtonians, this fire season felt more personal than ever before. We were left to mourn the loss of lives and homes and watched the fires travel through some of our most treasured places. This year's fire season came with an enormous bill, leaving land management agencies struggling to find funds for other programs and prevent next year's fire season from being as destructive.

For the eighth time since 2002, the Forest Service will have to transfer recreation funds in its own budget to cover fire-related expenses. Forest Service Chief Tom Tidwell informed his staff on August 25 that non-fire spending, such as funding for recreation and trails, would need to be frozen to combat a projected shortfall in wildfire funds.

“Once again we have to shut down many parts of our mission to fulfill our wildfire suppression responsibilities within the funds available to the agency,” Tidwell wrote in a memo at the end of August. “I recognize that this direction will have significant effects on the public whom we serve and on our many valuable partners, as well as agency operations, target accomplishments and performance.”

$250 million will be transferred from non-fire spending to cover wildfire costs.

Last year, the Government Accountability Office released a report that indicated the Forest Service faces a trail maintenance backlog of $314 million due to low annual funding for the agency and the increasing need to shift recreation funds to emergency expenses related to wildfires.

Earlier this summer, the Forest Service stated that it is spending more than half of its budget on fighting fires for the first time in the agency's history. The agency projects it will have to spend two-thirds of its budget this way within the decade without Congressional action.

During the August recess, Senator Maria Cantwell held a meeting with fire officials and land managers to discuss the changing challenges facing the state.

“After the Carlton Complex fire, we realized that we need new tools to address these fires before they happen,” said Cantwell at the hearing in Naches. “Right now, too much of the budget is going to fight the actual fires.”

In the House, the entire Washington delegation has signed on to support the Wildfire Disaster Funding Act of 2015 (H.B. 167). Senator Cantwell is co-sponsoring the companion bill in the Senate (S. 235). As an appropriator, Senator Patty Murray refrains from sponsoring funding-related legislation.

If passed, the Wildfire Disaster Funding Act would create a new funding source for fighting wildfires without forcing agencies to raid funds from other areas of their budgets. The bill requires the Secretary of the Interior to request the additional funds from Congress each year.

Cantwell is expected to introduce a bill in the Senate sometime this fall aimed at preventing future fire seasons from being as dangerous and costly as this one with an emphasis on prevention and healthy fire management.