Obstacles on trail:
Overgrown in places,
Mud/Rock slide or washout. 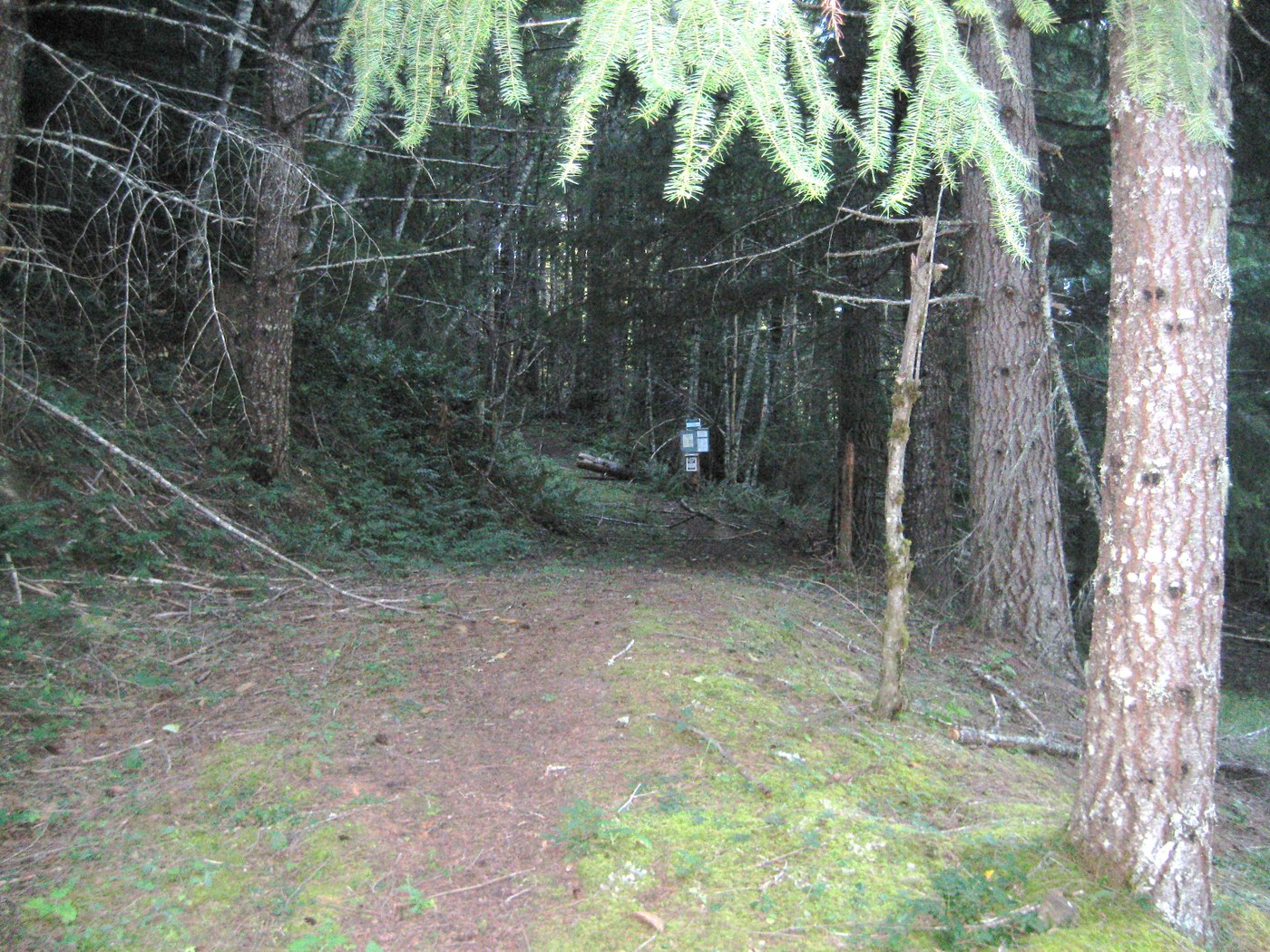 I wanted to do this trail because there seems to have been alomost no comments about it. I think I know why now. About 50yds after turning onto FR2120 I was greeted by a landslide that blocked the way to the trailhead. Looking at the side of the hill I can see this is going to be an on-going problem in the future. Infact while I was getting ready some additional rock tumbled down. I hiked over the rockslide to the trail head which was about 150yds further on. Right way I can see this trail gets little use. While some places the trail can be easily followed, in many other areas it practically disappears. Several times I had to scout around to see where it picked-up again. It is a nice forested hike when you can find the trail.I encountered about 20 blowdowns. Most were easy to get over or under or around. However about two miles up while crossing another blowdown, I knocked some back off the tree. This apparantly upset the yellowjackets that were living behind the bark. Got stung 5-6 times while trying to get away. There was no other easy way around that blowdown and I didn't feel like messing with the YJs again. So I never made it to the top. I was disappointed that I couldn't finish. The hike was nice in that no one else was around. I didn't mind having to scout around for the trail no some of the blowdowns. I have attached a coule of pictures of the trail.
One of many blowdowns 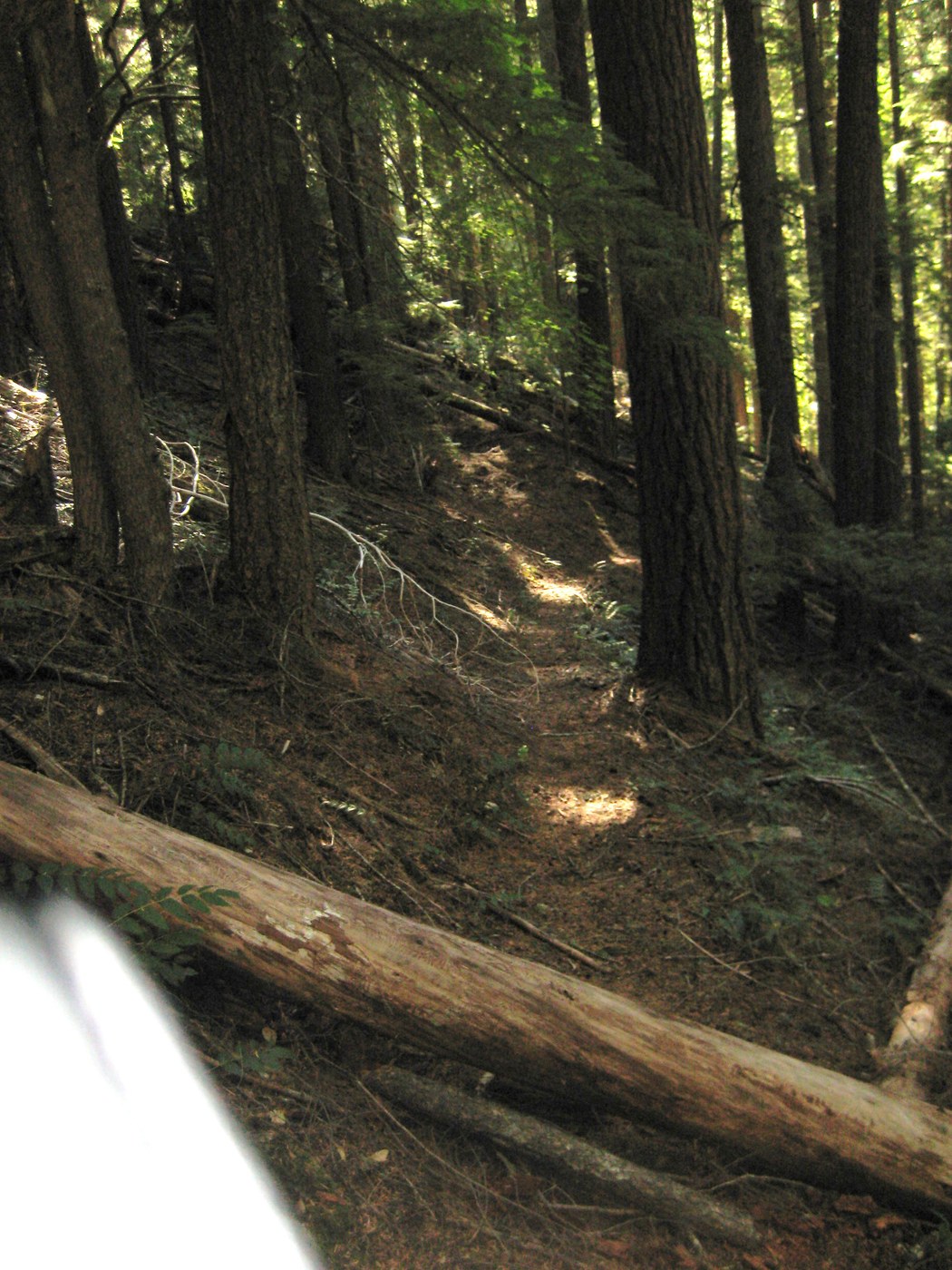 Rockslide blocking the way to the trail head on FR2120 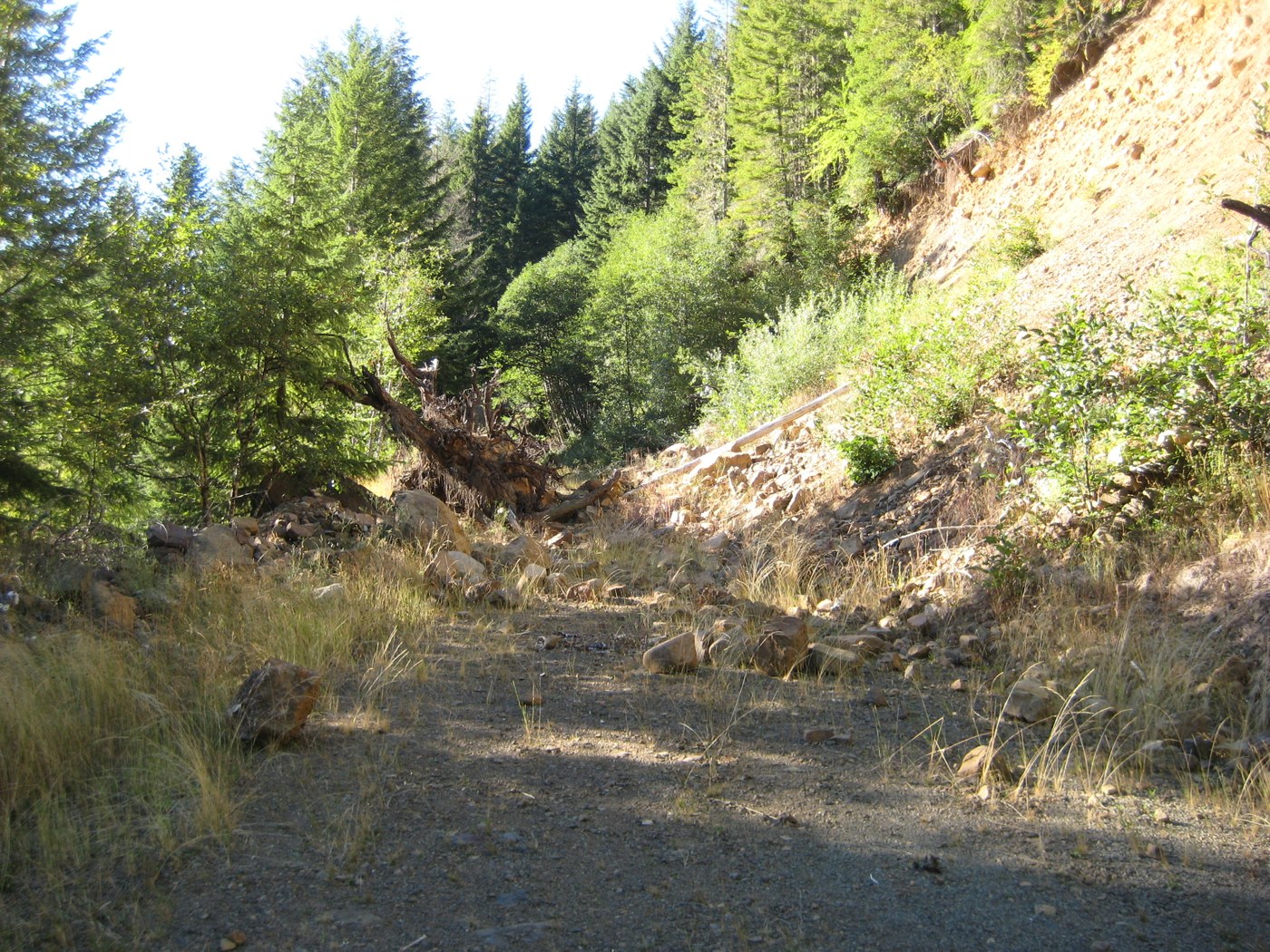