Making More Time in Nature Possible
Hard-to-reach Remmel Lake is one of the many wonders hidden in the Pasayten Wilderness. Photo by Richard Forbes.

Science shows three days in nature can boost your brain. WTA is helping to make those experiences possible | By Rachel Wendling

“There are times when I will go out into a clearing, sit down and just listen to everything around me. It’s so beautiful out there,” said Ben, a member of WTA’s Lost Trails Youth Crew, while sitting in the quiet and dappled sunshine of the remote Pasayten Wilderness.

It was one week into a 5-week-long trail maintenance stint in the backcountry, a partnership with Northwest Youth Corps. During the summer of 2019, the crew of nine teens and two leaders were fully immersed in their temporary home near Fire Creek.

“There is a sense of peace and calm that is just unfathomable in the rush that we live in everyday life,” Ben said. “It’s an inimitable experience that you can’t compare to anything.” 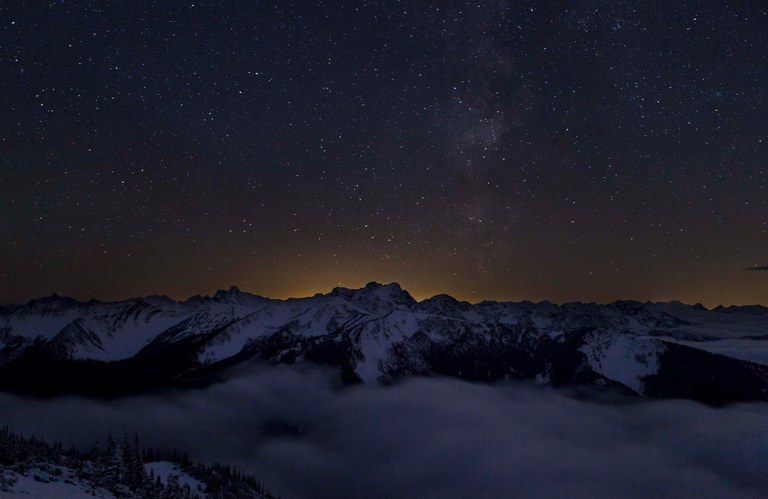 The night sky over Slate Peak in the Pasayten Wilderness. Photo by Ellen DeLong.

There’s something special about spending long stretches of time in nature. It can be hard to see, but it’s felt in the hearts and minds of adventurers new and old. As it turns out, these feelings are backed up by science. We value that at WTA, so we’re working to ensure trails offer access to the transformative experiences the backcountry can offer.

The physical benefits of a weekend hike or a stroll through the park have long been touted, but an explosion of recent studies are homing in on the not-so-visible benefits of time outside. These include improved short-term memory, decreased stress hormone production, lessened symptoms of depression and anxiety and increased concentration. Some doctors have even begun giving out “parkscriptions” to their patients — advising that moderate activity in nature can help improve overall health.

A long weekend outside can do the trick.

Thankfully, you don’t need to complete a 4-month thru-hike to get many of these benefits. A long weekend outside can do the trick.

While any amount of time outdoors can be beneficial to your body and mind, recent studies have been exploring the effect that different durations of outdoor exposure have on humans.

David Strayer, a cognitive neuroscientist at the University of Utah, was inspired to do a deeper dive into the impacts of sustained exposure to natural environments. Strayer was interested in the theory of a former river guide, Ken Sanders, who claimed that on the third day of his river trip, a shift would come over the participants — relaxation and familiarity would settle in. So, Strayer and a few fellow researches decided to test it.

The study followed 56 Outward Bound participants as they embarked on 4- to 6-day wilderness expeditions in different parts of the country. Participants were split into two groups and given a test to determine creative potential. Tests were administered either before the start of their trip or on the morning of their fourth day outside.

Spending time in nature has been a part of WTA’s DNA for more than 50 years, and it’s exciting to see science begin to back up how important that is.

This massive jump in creative performance has since been dubbed the “3-day effect” by Sanders, and it puts a name to a feeling that many of us hikers know well. When we’re outside and fall into our new daily routine — hike in, set up camp, light up a stove and crawl into our sleeping bag — the stressors of our home life start to melt away. Relieved of deadlines, chores and responsibility, we can take a moment to just breathe, like Ben on his trip in the Pasayten. 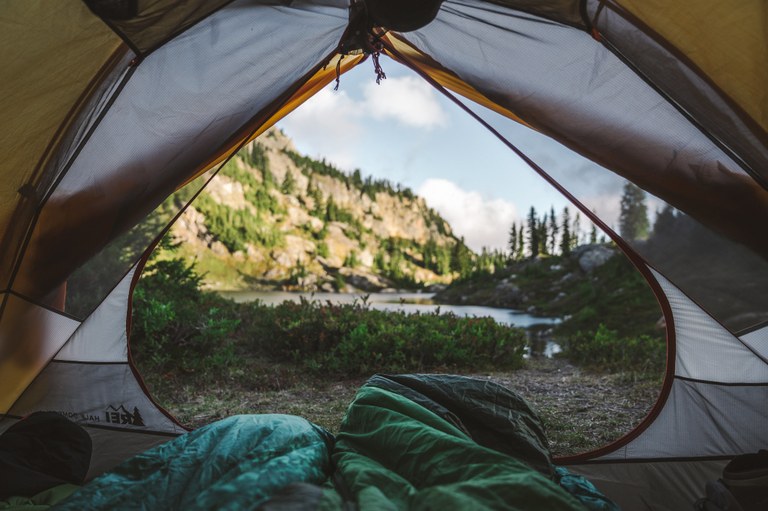 Waking up to Rampart Lakes during a backpacking trip. Photo by Jason Reynolds.

There’s still a whole lot more to uncover about time spent outdoors. And luckily, Washington is home to a lot of researchers who are on a quest to learn more.

This last year, the University of Washington’s EarthLab announced a new Nature for Health initiative with the aim of “accelerating our understanding of the health impacts of time spent in nature.” This initiative will be spearheaded by a UW professor in the School of Environmental and Forest Sciences, Joshua Lawler, and funded with the help of an REI pledge.

In addition to studying the effects of quality and duration in the outdoors (e.g., does a summer barbecue in the park garner similar benefits as a 3-day stint at Mount Rainier?), the team will be diving into how a dose of nature affects groups such as children, veterans, seniors, health-care providers and underserved communities.

At Washington Trails Association, we aim to preserve access to wild places that can provide hikers that long-term exposure to the outdoors. As a part of our Lost Trails Found campaign, we are working to save backcountry trails — such as those in the Pasayten where our youth crew is working — from falling off the map entirely.

Spending time in nature has been a part of WTA’s DNA for more than 50 years, and it’s exciting to see science begin to back up how important that is. Not everyone wants or needs to be outside for 3 days or more, but for those who do, it’s clear there is unique value in those trips. Backcountry trails, and the experiences they provide, are simply too special to lose.

By advocating for trail funding at the state and federal level, as well as empowering hundreds of volunteers to get to work on our backcountry trails, we’re making sure that everyone can get what they need out of their time outside.

“These places need to be protected and maintained so more people can have those experiences, because it really is a blessing to be able to come out here,” Ben said.

Thanks to the work Ben and our many trail crews are doing, we’re ensuring hikers have the opportunity to savor multinight adventures under the stars.