Skip to content
Indian Henry's Hunting Ground via Longmire Hiking from Longmire to Indian Henry's Hunting Ground offers a beautiful tour of various environments contained within the park, not to mention stellar views of the surrounding mountains, and a healthy dose of history to boot. https://www.wta.org/go-hiking/hikes/indian-henrys-via-longmire https://www.wta.org/site_images/hikes/indian-hunting-grounds.jpg/@@download/image/3728230e747cf08543f999411f97f3f3_photo1 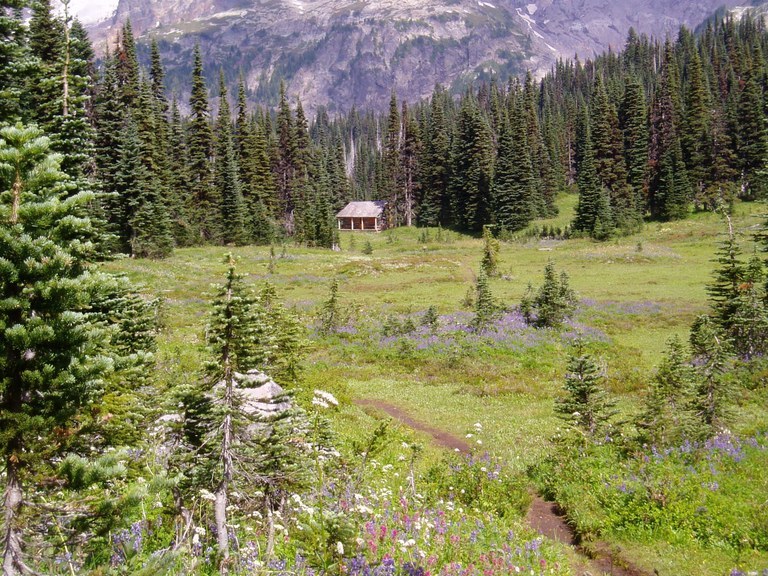 67 Trip Reports for this trail, below

Take a long trek from the historic Longmire visitor center, up a ridgeline and onto the Wonderland Trail to a peaceful alpine meadow. Historically, the meadows were home to a Native American guide who lived there before Rainier became a national park.

Renowned for being able to "live in two worlds" So-To-Lick was dubbed Indian Henry by a mail carrier unable (or unwilling) to learn his real name. So-To-Lick guided the likes of John Muir, George Bayley, James Longmire and Philemon van Trump up sections of the massive mountain, but never summited it himself. Like many Native people, he considered the mountain sacred, never venturing onto the glaciers as it may bring bad luck.

The tranquil meadows So-To-Lick called home are accessible a variety of ways, the trailhead near Longmire, along Tahoma Creek just off the now-closed West Side Road, and the Kautz Creek trailhead, just off the road into the park, before arriving at Longmire. However you decide to access them, plan your hike for a clear day, when you'll be rewarded for your efforts with glorious views of Mount Rainier, Closer in, you'll also enjoy views of Copper Mountain, Pyramid Peak, and Iron Mountain.

Leave Longmire and head for the Trail of Shadows, back out on the main road and several hundred feet west of the main parking area. Look for signs indicating Rampart Ridge Trail. This is your route.

On the Rampart Ridge trail, you'll switchback through old-growth forest, to a ridgeline, which you'll pass over, now hiking down towards the junction with the Wonderland Trail. On your way, enjoy massive vistas of The Mountain, as well as the Nisqually drainage far below.

Three miles from Longmire, turn left onto the Wonderland trail. Mile for mile, the Wonderland Trail is widely considered more strenuous than its much-longer counterpart, the Pacific Crest Trail, because of the seemingly endless elevation gain and loss. This next section will give you a good taste of that.

After all that elevation gain out of Longmire, you'll descend steeply to a crossing of Kautz Creek before heading right back uphill on the Wonderland. 5 miles in, find Devils Dream Camp, a low spot between two steeply sloping walls. Despite being an established camp on the Wonderland, there is often no water here, though the deep forest does provide some shade.

Finally, after Devils Dream the grade moderates, and the trail continues past Squaw Lake and wildflower-stuffed meadows of the old hunting grounds. The ranger cabin lies tucked in the heart of all this, just off the Wonderland Trail, 6.3 miles from where you started at Longmire.

Park in the large parking area at Longmire, and head back across the paved highway to find the Trail of the Shadows and your trailhead. 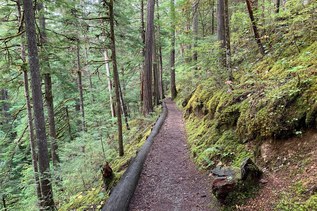