Skip to content
Pine Creek Nestled in the southeast corner of Mount St Helens, the Pine Creek Trail offers a short, easy graded path into second growth forest at the base of the active stratovolcano. You can visit a historic wood-shingled shelter built in the 1920s and continue on to a viewpoint along the Muddy River Lahar moonscape. https://www.wta.org/go-hiking/hikes/jackpine-shelter https://www.wta.org/site_images/hikes/hike-image-2021-06-14-0032704001/@@download/image/Pine Creek. Photo by BeaverDawg.jpeg

Print
The old wooden shelter in the woods. Photo by BeaverDawg. 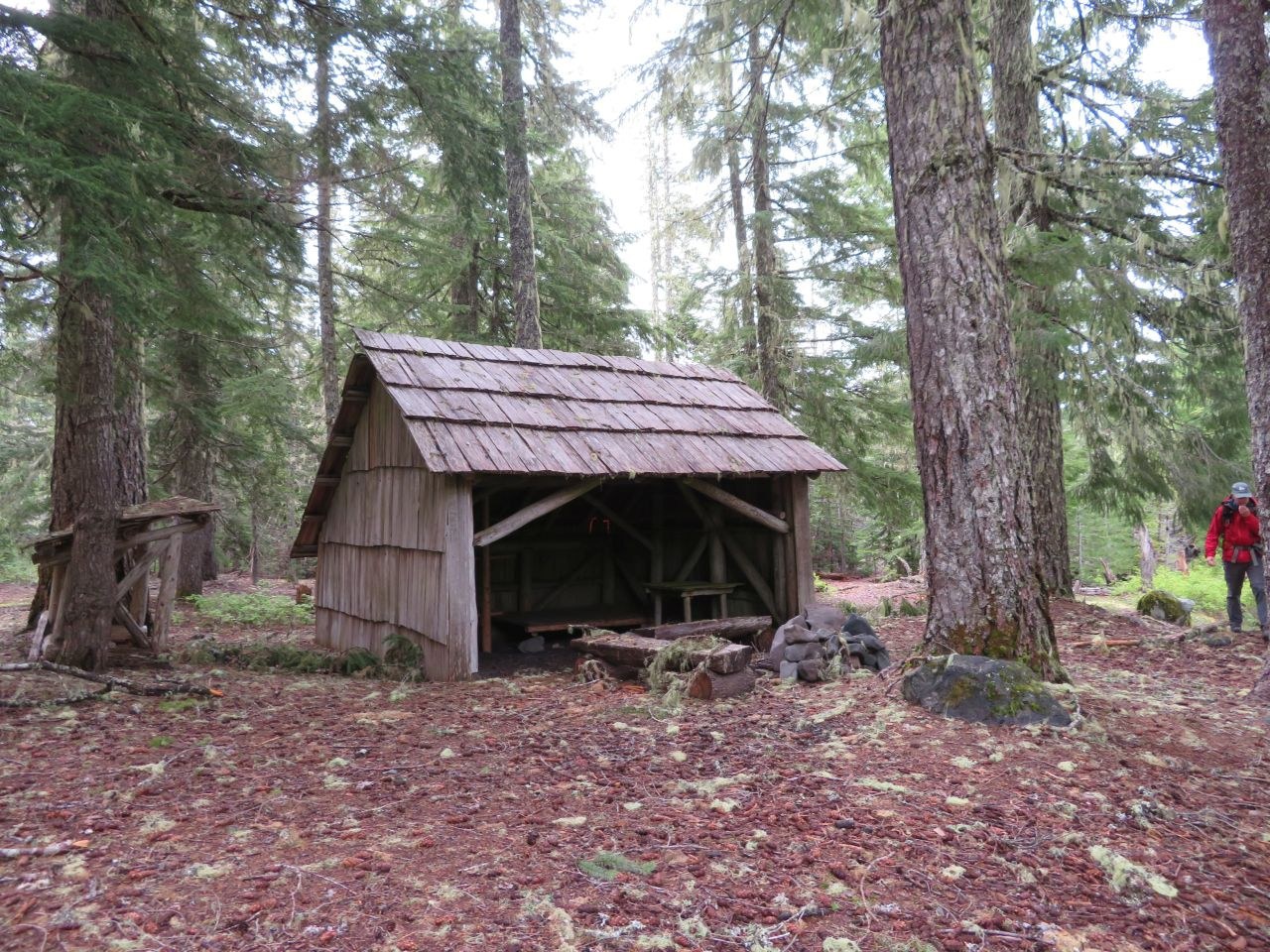 3 Trip Reports for this trail, below

Nestled in the southeast corner of Mount St Helens, the Pine Creek Trail offers a short, well-graded path into second growth forest at the base of the active stratovolcano. You can visit a historic wood-shingled shelter built in the 1920s and continue on to a viewpoint along the Muddy River Lahar moonscape.

The easily-missed trail begins at an angle off FR 83 just a few miles before the road’s end. After a brief gain of just a few feet, your path levels off and the forest opens up. Coral hued paintbrush pokes up from the soil beneath Douglas fir and hemlock as you crunch along on their discarded cones.

A fork of Pine Creek once flowed to the left but is now a dry ravine populated with alder for the first part of the hike. Ground strawberry mingles with pale green moss along the path as you saunter along. Look for bursts of bright David’s pensteman and tasty huckleberry as you wander deeper into the forest.

The restored Jackpine shelter was originally built in 1921 and 1922 and appears a half mile from the road. Opening on the west side, it holds several wall bunks. Stump seats are placed around a stone and iron campfire ring perfect for gathering for a mid-hike snack. The surrounding area is open and flat and many who visit the shelter will call this their turn around point.

You can continue east on an unmaintained section of trail that undulates gently over ruts formed by lahar flows The 1980 eruption that split between Pine Creek and Muddy River now leaves a veneer of sediment and a mature forest has grown in.

At about mile in, the trail leaves the older forest and opens up among a much younger grove of lodgepole and western white pine growing on more recent lahar debris. Ongoing volcanic activity means a losing battle to keep an established path as it weaves between tumbled rock and silt.

Soon, the path peters out at 1.25 miles and approaches the gray and gaping Muddy River Lahar. Tiny points of wildflower color punctuate the unearthly scene and views of the southeast flank of Mount St Helens and East Dome may be visible on a clear day.

Make sure and take plenty of water as the length of the trail is dry. The trip can be extended for hearty hikers by crossing the lahar and connecting with the Loowit and Ape Canyon Trails. Snowshoeing season sees the shelter visited from June Lake and beyond.

Take exit 21 at Woodland off I-5 and turn east on SR 503 towards Cougar. Continue through as the road becomes FR 90, past the Swift Reservoir, turning left on FR 83 signed for Ape Canyon. Follow this road 10.3 miles to the trailhead on the left which is easy to miss as it takes off into the forest at an angle right from the road.

You will see a gravel road on the right (FR8320) where you can park, there is room for a few cars. No parking pass needed. If you get to the Lahar Viewpoint, you went too far. 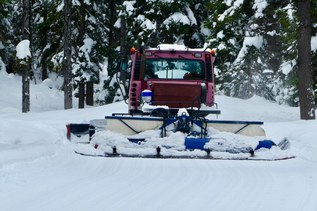