Skip to content
Little Giant Pass Little Giant Pass is home to one of the finest views in Washington State: the sight of the Napeequa River, winding its lazy way through the perfect U-shaped valley left by receding glaciers that cling wearily to the surrounding heights and feed the silver ribbon beneath your feet. It is a rare prize, this view, locked away at the end of a long, 4,000-foot climb that is itself guarded most of the year by an icy river crossing. https://www.wta.org/go-hiking/hikes/little-giant https://www.wta.org/site_images/hikes/little-giant-pass_paul-kriloff.jpg/@@download/image/little giant pass_paul kriloff.JPG 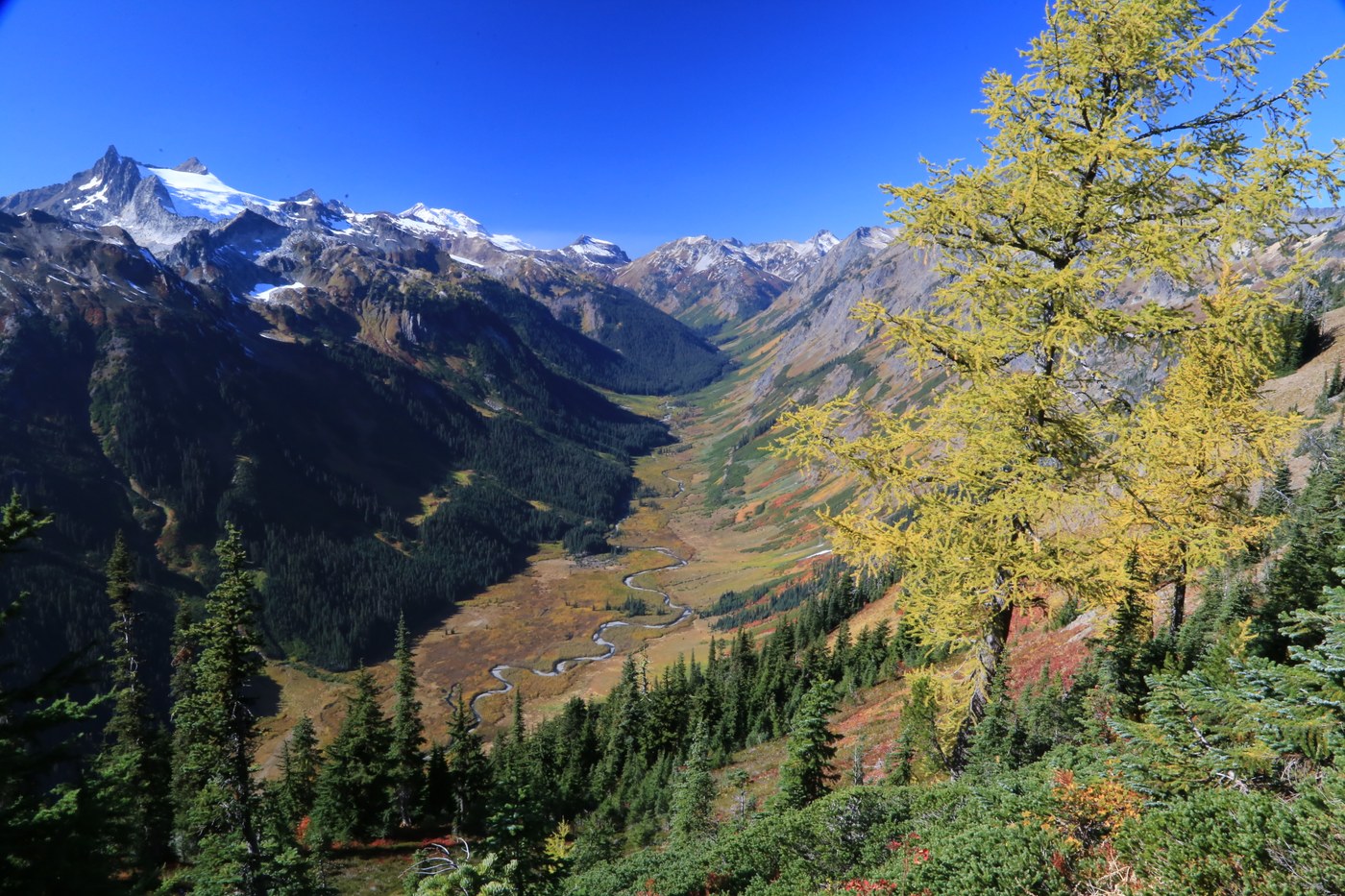 124 Trip Reports for this trail, below

Tucked away, walled off by steep ridges and high mountain passes - far from cars, prying eyes, and boots that stomp – is one of the crown jewels of the Cascades: an idyllic, flat-bottomed valley through which the milky meltwaters of nearby glaciers carve a lazy, winding path beneath larch-dotted ridges and snowy giants. This little slice of heaven is the Napeequa River Valley, and even its most accessible viewpoint – Little Giant Pass – is guarded by a river ford too dangerous to cross for nine months out of every year.

The path to Little Giant Pass begins at an informal trailhead, nothing more than a small turnout along the Chiwawa River Road. A small ramp leads down to the edge of the Chiwawa River, and there it stops. There is no bridge, nor any stepping stones, to help you cross. The river crossing confines this hike to a single, hybrid season: late summer, early fall. Fire season can make even those months a challenge – fires have burned nearby in a number of recent years and have even scarred portions of the trail.

Depending on snowpack, the ford can be navigable from August to October. At its lowest, the water will come up to mid-calf. At other times, it can be waist-deep or higher, fast, and invariably icy cold.

If you can cross the river, find the trail immediately opposite the ford. It snakes its way through the channels of Maple Creek and heads perpendicular from the river for a quarter mile or so. After climbing very gradually out of the valley bottom, it begins a series of switchbacks that climb steadily, but gradually, up the valley wall.

After roughly a mile, the trail steepens as the valley wall becomes a more pronounced ridge between two drainages. The trail heads to the north and west and flattens out as it parallels the fall line, eventually descending steeply on its way towards Little Giant Creek. After a half mile or so, the trail crosses the creek and begins steadily climbing again through forest. As the trail steepens yet again, it emerges into a stand of bare snags left by a recent burn and trends to the north.

Nearby views open up – above you, you can see broad meadows beneath a sweeping ridge line punctuated by rocky outcroppings, although it’s not quite clear yet where the trail will intersect it. In fall, the meadows are ablaze with color as the blueberry bushes carpeting them turn to beautiful shades of scarlet and rust and the solitary larches on the ridge turn to gold.

In a quarter mile, the trail pitches steeply again and pops over the lip of an open rock face, where the trail grows faint. Look for cairns, and if those are missing, look for a subtle bootpack that heads to the right and then up the rock until exiting into brushes and stunted trees.

The trail switchbacks its way through the sub-alpine vegetation and looks as if it’s going to head straight up the fall line, but after a half mile, it heads right beneath a deep bowl that holds snow late into the year and out into the open to begin traversing the meadows. The trail proceeds to the right in a long, long switchback until finally reversing back towards a rocky outcropping. It passes directly beneath it, and after a final steep incline, attains the ridge directly above where the meadow traverse began.

Informal trails lead to better vantage points to both the right and the left. The path to the left is rougher - a minor scramble in places - but provides broader views. The way to the right is straightforward and stops at a slight high point along the ridge.

Far down below, the Napeequa River winds its way in tight bends through the nearly flat bottom of the valley. The lack of a steep grade is what causes the river to twist tightly back and forth before finding its way out of the valley. Dense forests climb up the far wall below Clark Mountain. The glaciers cladding its heights and nearby Luahna Peak provide the silty meltwater that feeds the Napeequa and inspires its name: “napeequa” means “white water” in Salish.

Just peeking over the head of the valley is Glacier Peak. Anywhere else, it would dominate the horizon, but here, it is a small part of the view, a fact that just goes to show how incredible a view it really is, more than worthy of the elaborate lengths to which nature has gone to stash it away. 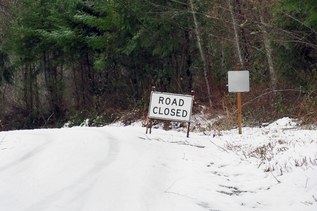