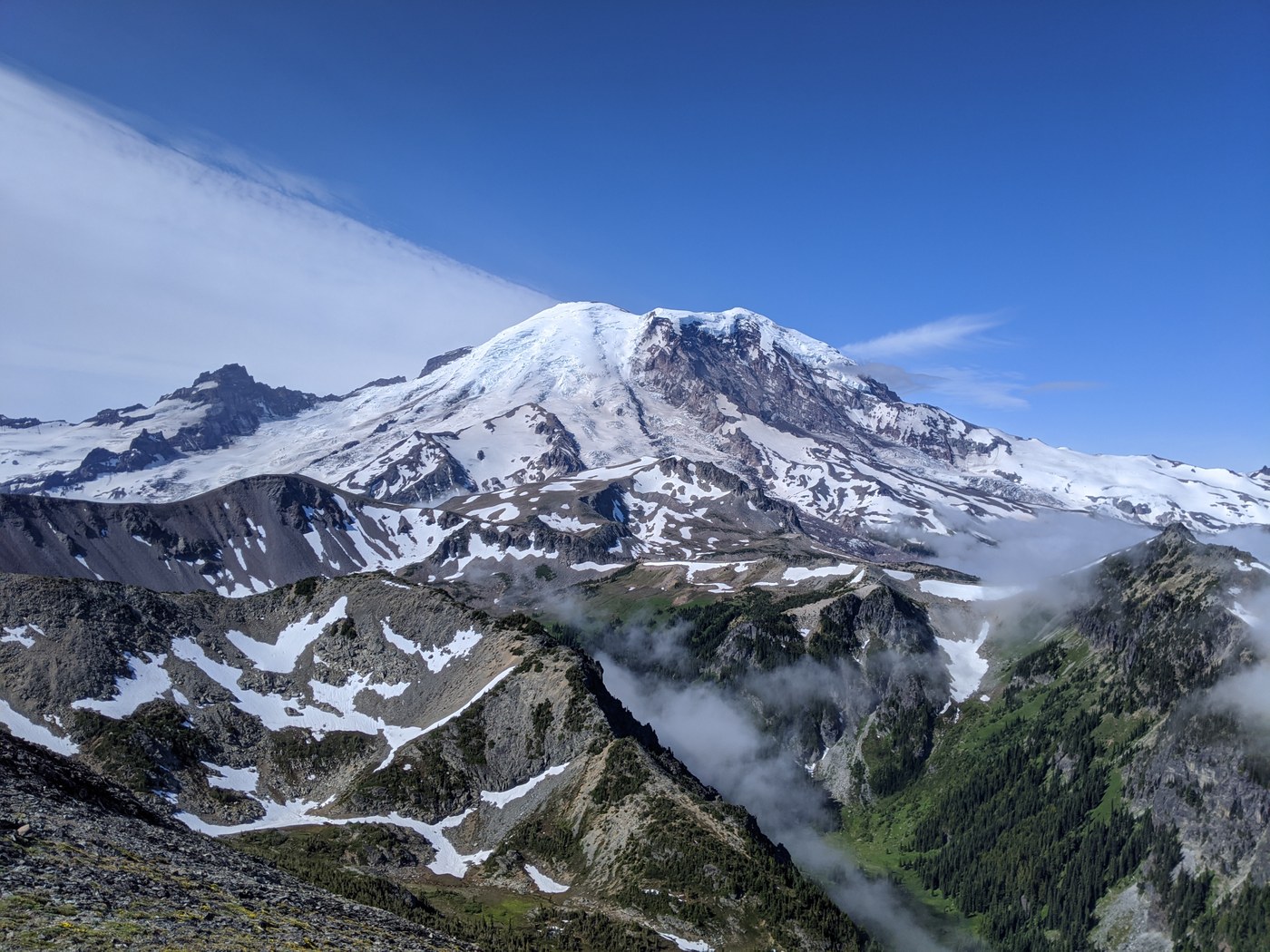 Great day for a hike! Arrived at Sunrise at around 8:30 AM, and there were maybe 20 or so cars there already. Given all the trail options though, it was still pretty tranquil.

My main goal for the day was Fremont Lookout. The trail had a decent amount of traffic and the lookout itself was occupied the entire time I was there, but I wouldn't call it "busy". Plenty of room for everyone to spread out and I'm happy to say way more people than not were wearing masks.

Since I still had plenty of energy, I decided to detour down the Berkeley Park trail when I got back to the main junction. I'm not sure what the traffic is usually like, but it was an absolute ghost town today- only encountered a couple other hikers. I didn't go all the way to the camp- turned around near the treeline, but I was happy to see the wildflowers blooming.

I took the Shadow Lake loop back to Sunrise. Not the first time I've done it, but I recommend it if you want some different scenery for the return trip. Not as many views of Rainier, but you get plenty of shade from the trees and the lake is a nice spot to rest.

- The trail to Fremont is almost entirely clear. Only one single snow patch, and it's small and poses no difficulty.

- Still a few lengthy snow patches on the Berkeley Park trail not long after its junction with Fremont and Burroughs. They're a bit slick but all on flat, even ground, so there's not much to worry about.

- Still two patches on reasonably steep inclines near where the Shadow Lake trail intersects with the trail to Fremont. I handled it easily enough without poles or any equipment, but you need to take it fairly slow and watch your footing.

Plenty of critters out today. Spotted marmots, chipmunks, and birds all day long, and in the last mile of the Shadow Lake loop I encountered a black bear only 15 or 20 feet off the trail. It didn't even bother looking up though- just walked right off into a thicket and out of sight. 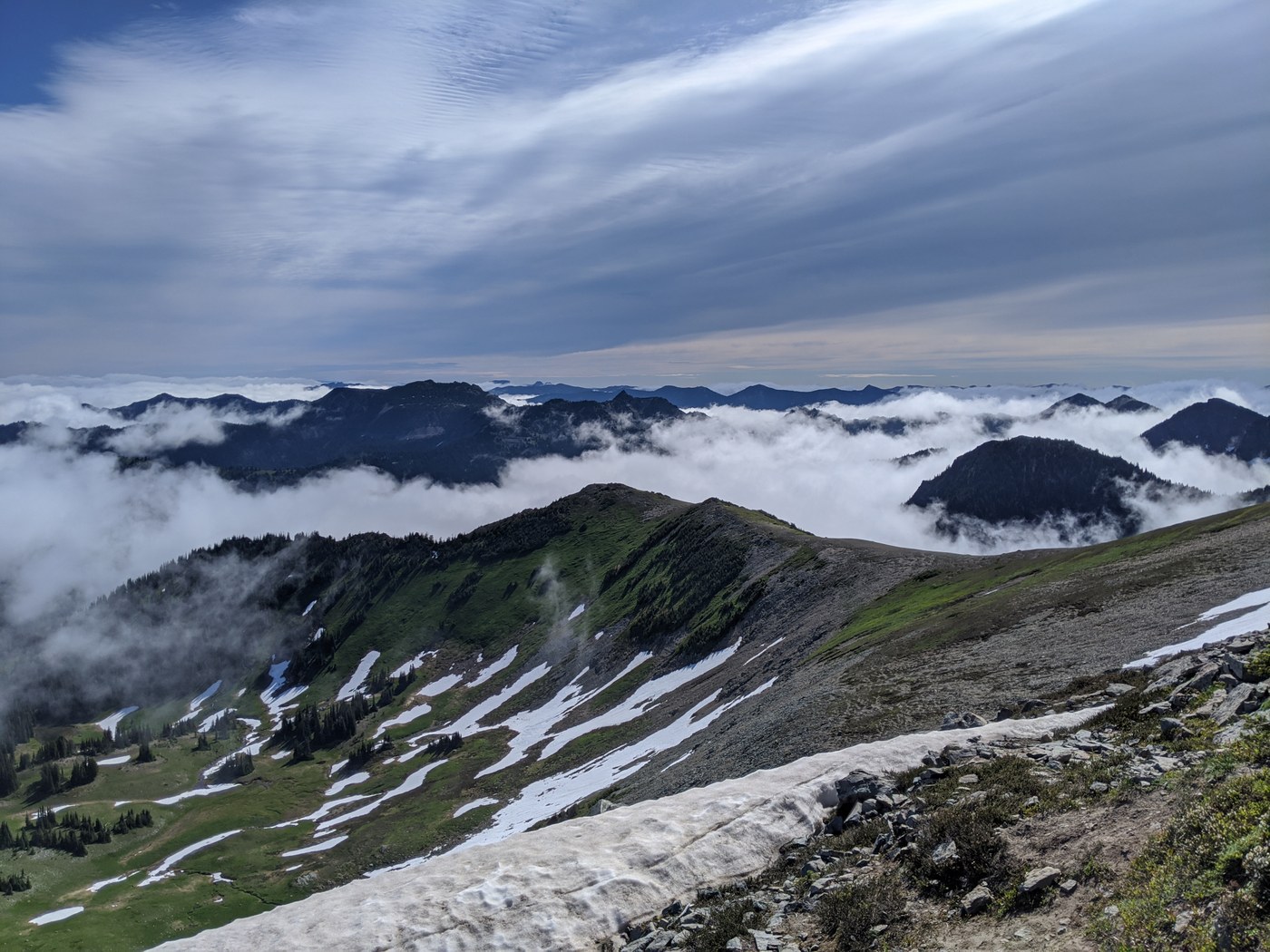 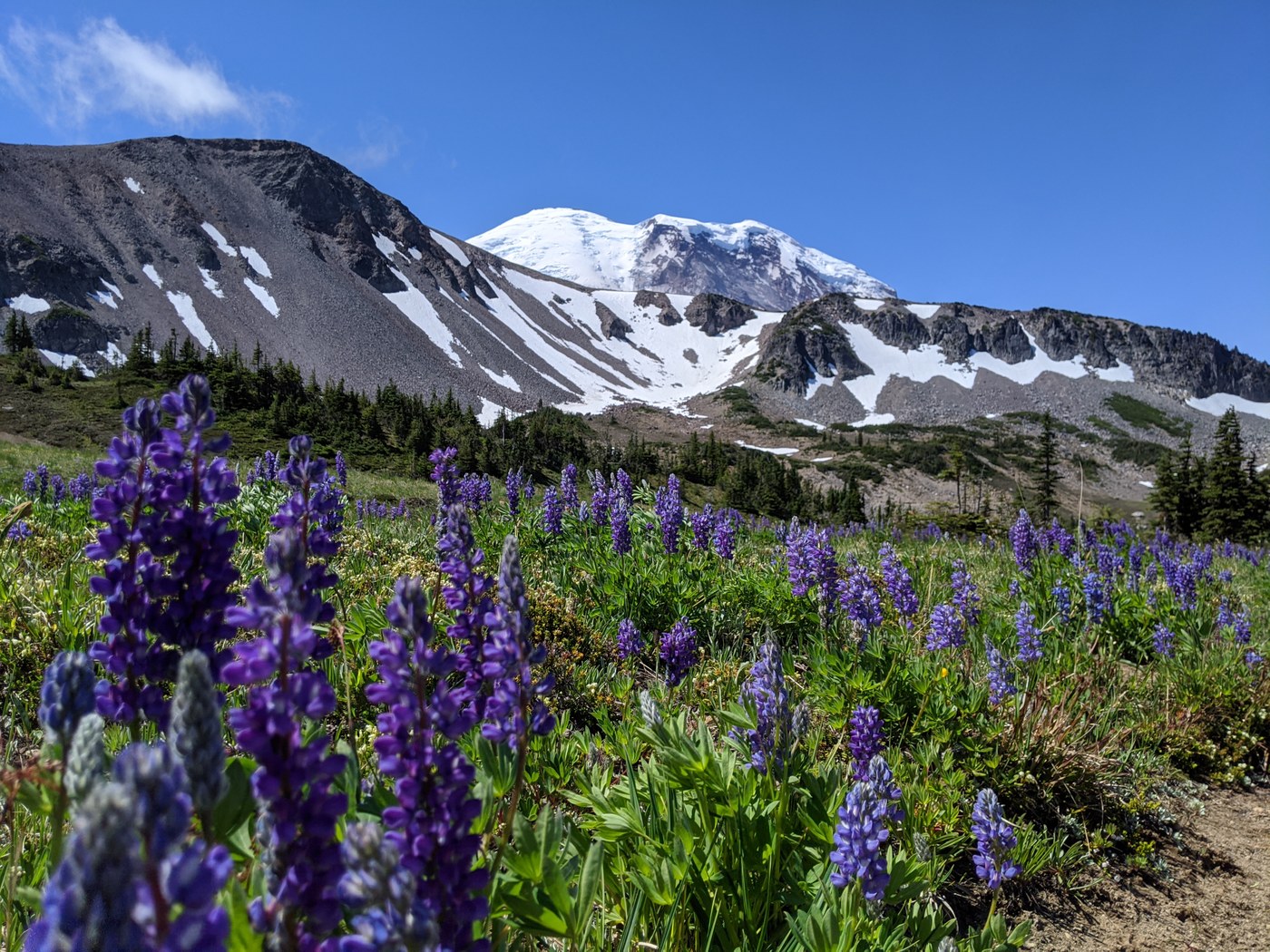 Marmot on trail near Shadow Lake. 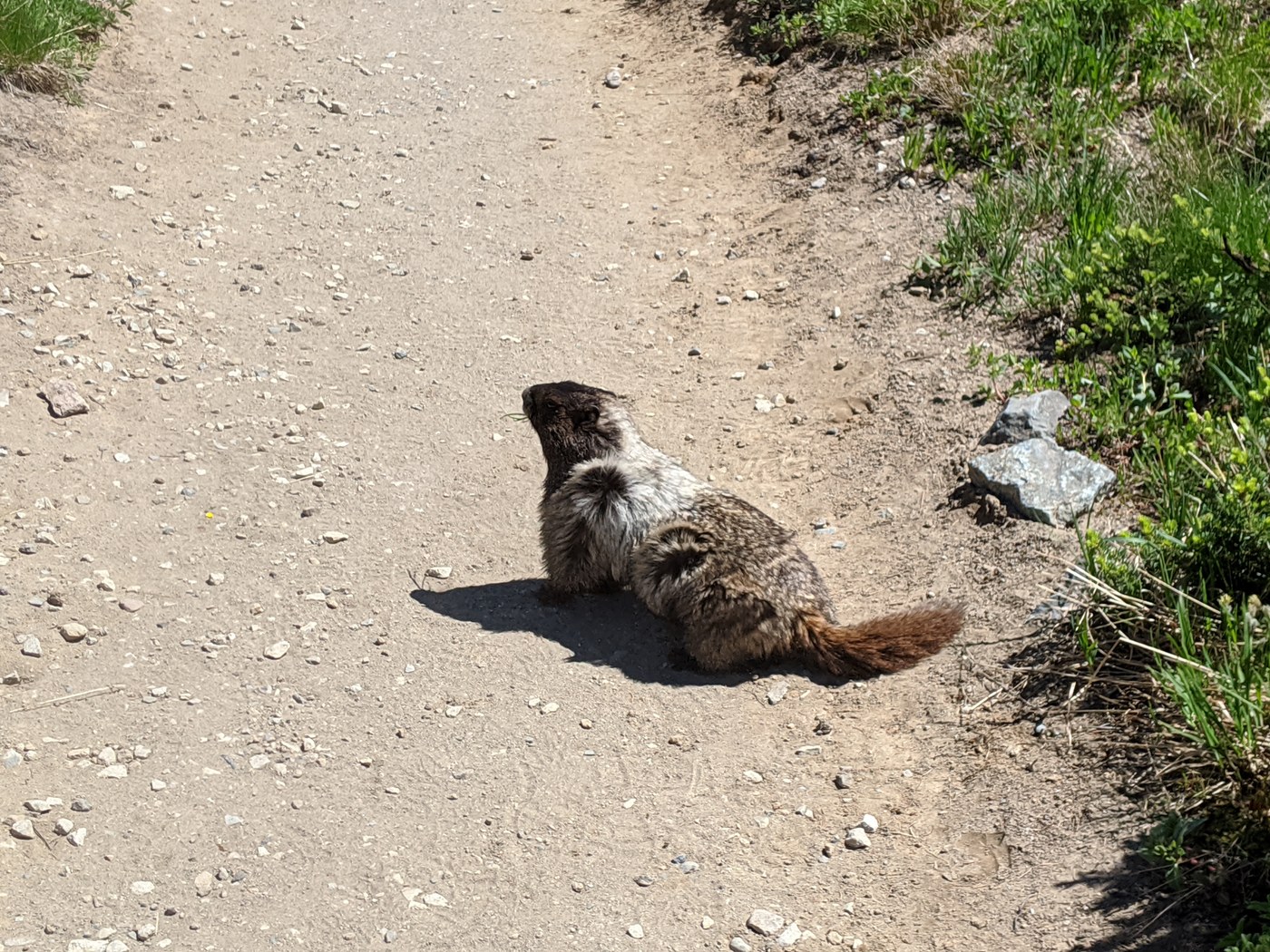