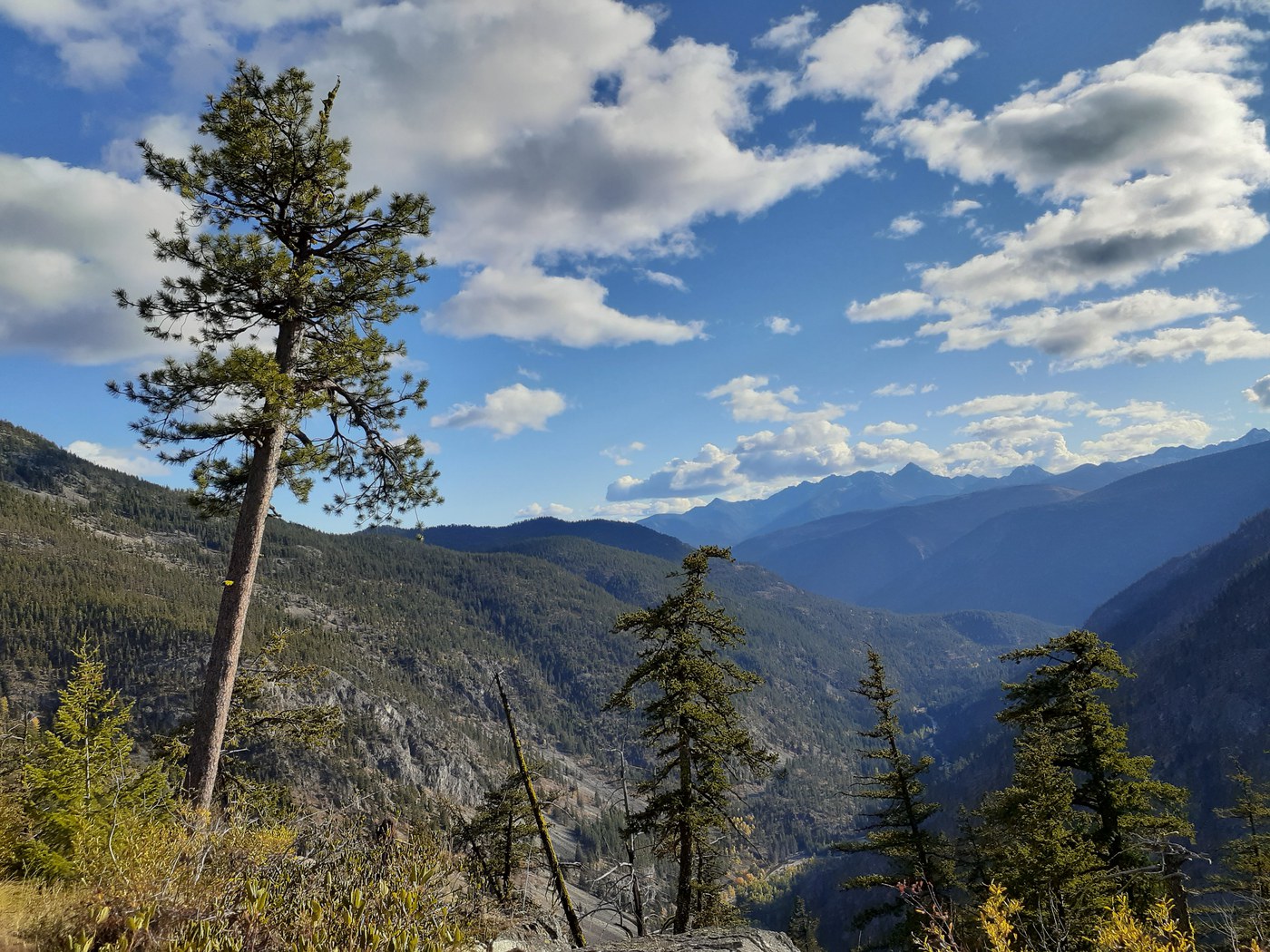 This is a short report on a privately organized work party to open the long neglected Monument Creek trail.  The purpose of this work party was to do the preliminary work to build a bridge over Eureka Creek.  Five volunteers and four people from the US Forest Service spent four days working on the project.   Eureka Creek cuts through a narrow gorge and is very dangerous during snow melt.  About eight years ago, I had planned a multi-day backpack up Robinson Creek, down the Middle Fork Pasayten, past Freds and Doris Lake, over Shellrock Pass and Pistol Pass down to the Monument Creek trail.  It would be a fantastic loop trip, as the starting and end points are less than two miles apart.  I called the Forest Service and asked if there were any major problems along the route and they said no, although much of the route had not been maintained for years.  The night before the trip, I looked at the route from Google Earth and saw the bridge was out.  I knew this was a bad crossing and had to change my trip plans.  Because the stretch of trail between Pistol Pass and Eureka Creek is waterless and the elevation difference is more than 4500’, it only makes sense to do this loop counter-clockwise, coming downhill to Eureka Creek.   I was afraid of being out of food with no way to cross.  The replacement for this bridge has been delayed because the position of land manager for the area has been vacant.  No land manager to give permission, no permission granted.

The Monument Creek trail is fairly level until it reaches Eureka Creek at four miles.  Right now, the creek is an easy wade.  There is a large campsite on the other side of the creek.   This is an fantastic trail with views over both the Eureka Creek and Lost River gorges.  Despite being far from major population centers, it is getting quite a bit of use.  The trail has been completely cleared of logs up to about 2000’ above the creek crossing.  It has also been pretty well brushed somewhat beyond the final log clearance.  There is still tread work to be done, but the trail is in very good shape for a long day hike.  The upper elevations have a light dusting of snow, but nothing yet to obscure the route.  There is a dry campsite at about 4500’.  I have only gone a short distance beyond where we finished working.  The trail here is faint and easily lost, in part because animal trails are more distinct.  The Monument Creek trail restoration is in its third year, but it will be a ten year project.  When the bridge is finished, work will be complicated by the need to cart in water to support camps higher up to do the work.  On this trip, the log for the bridge was felled, de-limbed and debarked for next year’s placement.  We also cleared some logs from the trail, did some brushing and some tread work.  This is a trail that should be done in spring and fall, the long waterless section is not advised for summer heat.  The work on this spectacular trail is long overdue. 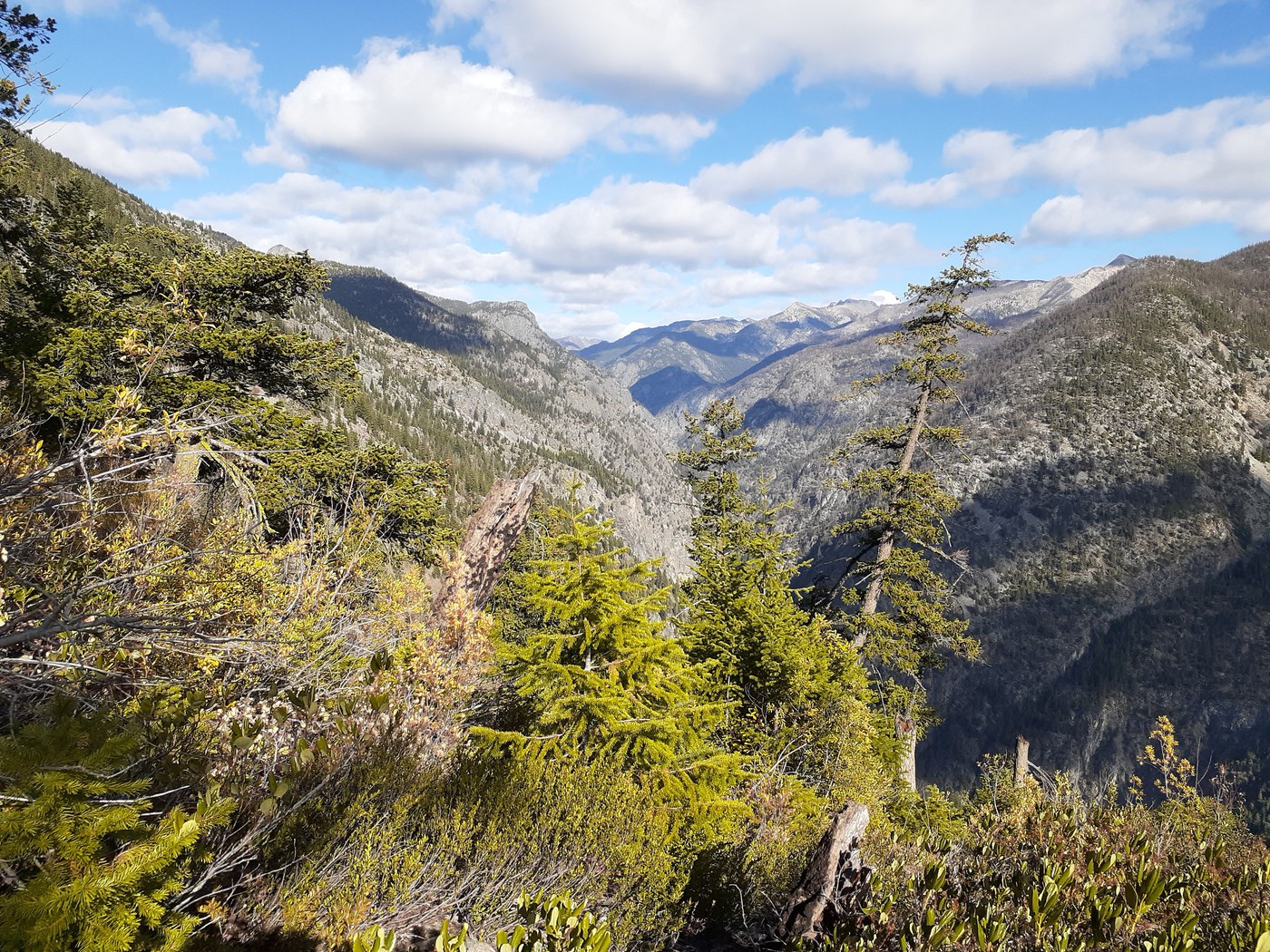 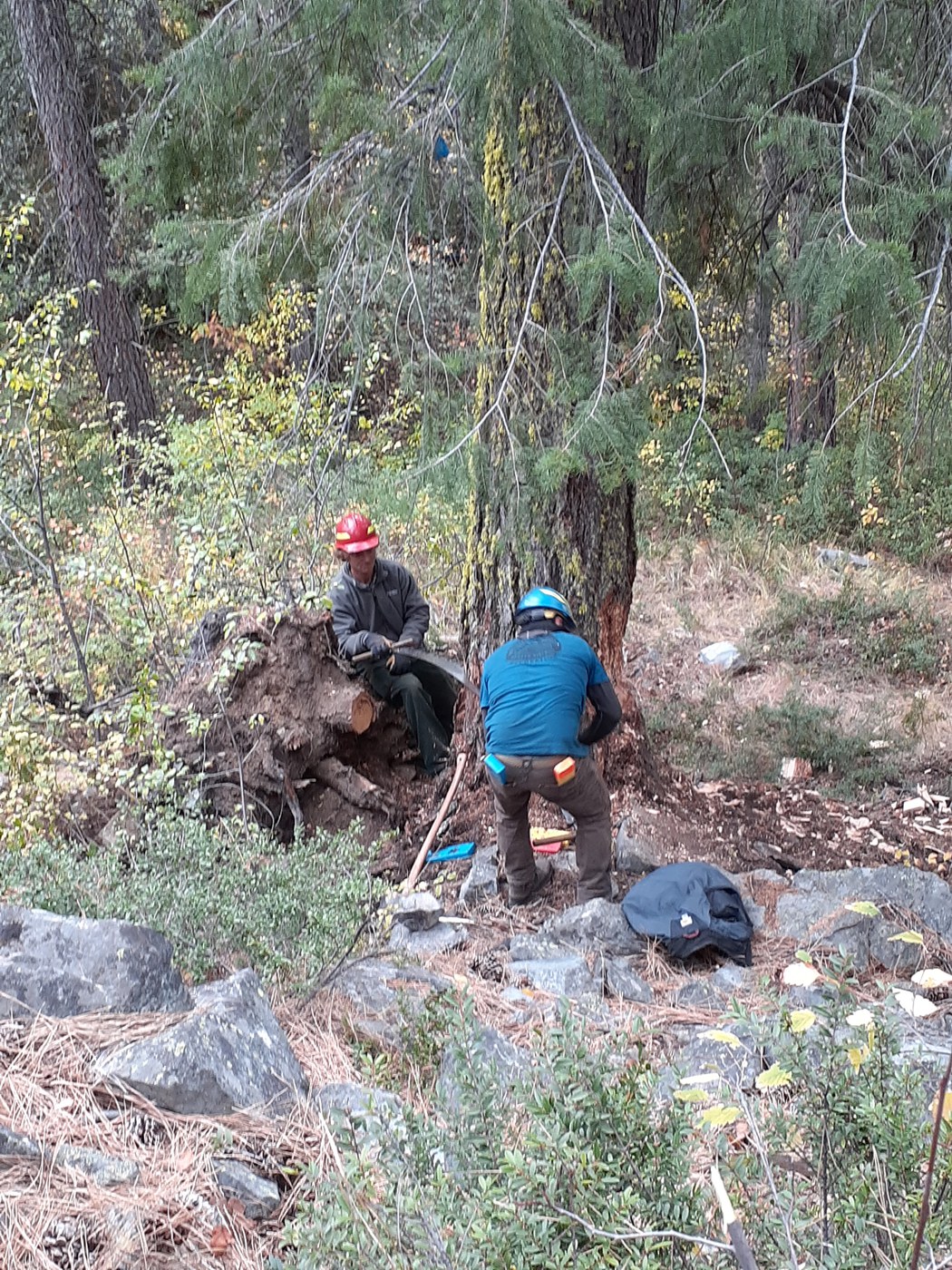 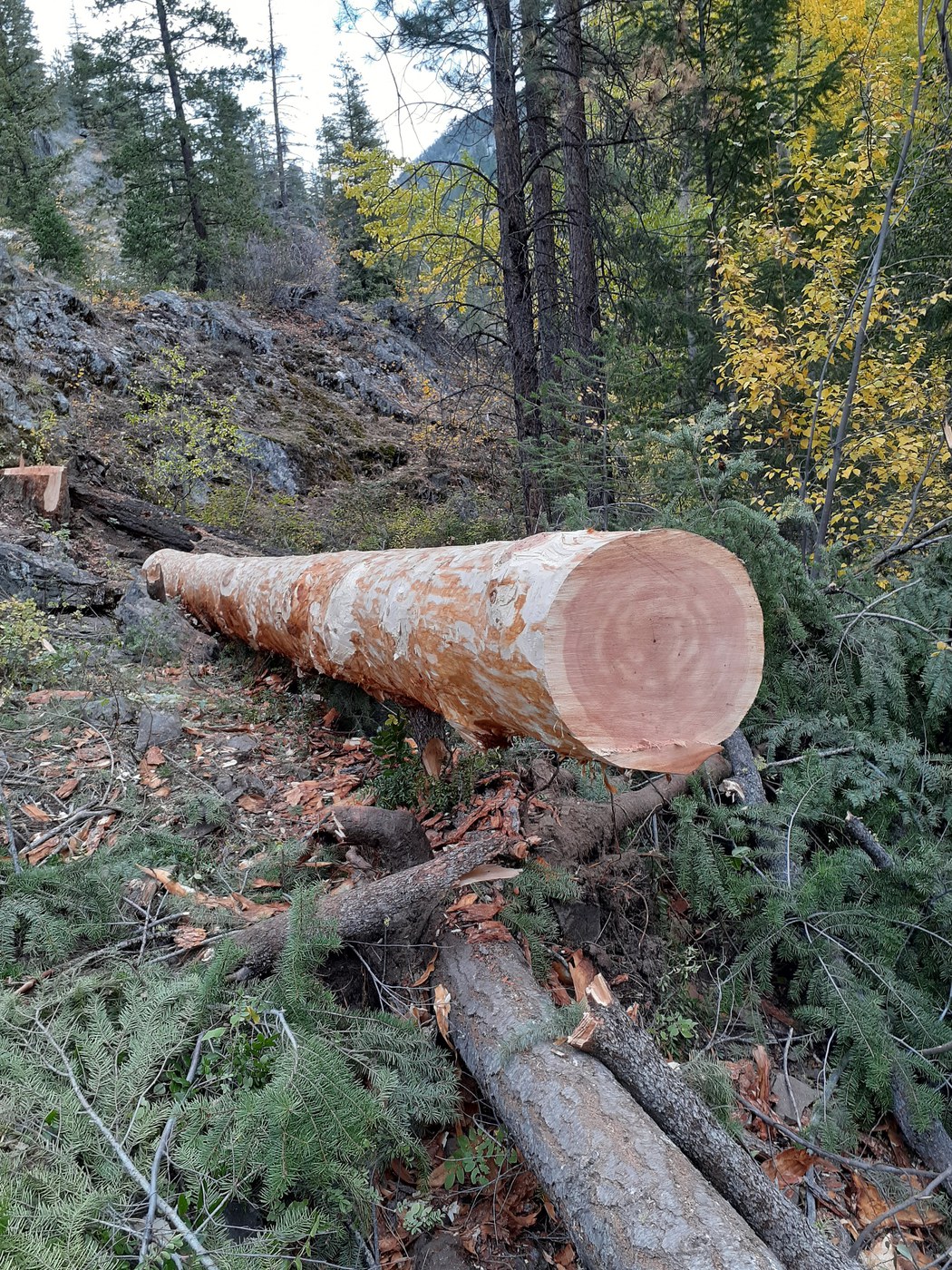 Looks like a gorgeous area, thanks to all for the trail work!

Bob and Barb on Monument Creek

Thank you for your time and hard work. It is much appreciated!

I did this loop back in the 90’s and even then parts of the trail between Shell Rock Pass and Eureka Creek looked distinctly unvisited. Unlike you, I was stupid enough to climb UP from Eureka Creek to Pistol Pass. Even so, I’ve always wanted to go back there. Thank you so much for working to bring back this wonderful trail!

Thanks for your hard work! It will be nice to have that bridge fixed. We hiked up to where the bridge once was, in June the creek was roaring!

hiked to lake of the woods a few months ago; agree this trail is worth restoring. at least it's in pretty good shape after leaving the ridge. thank you!!

Thank you very much for your work. Our home is walking distance from the trailhead and I use if often. It's an important route into some of Washington's 100 highest peaks.