At intersection of Hummock Trail and Boundary Trail 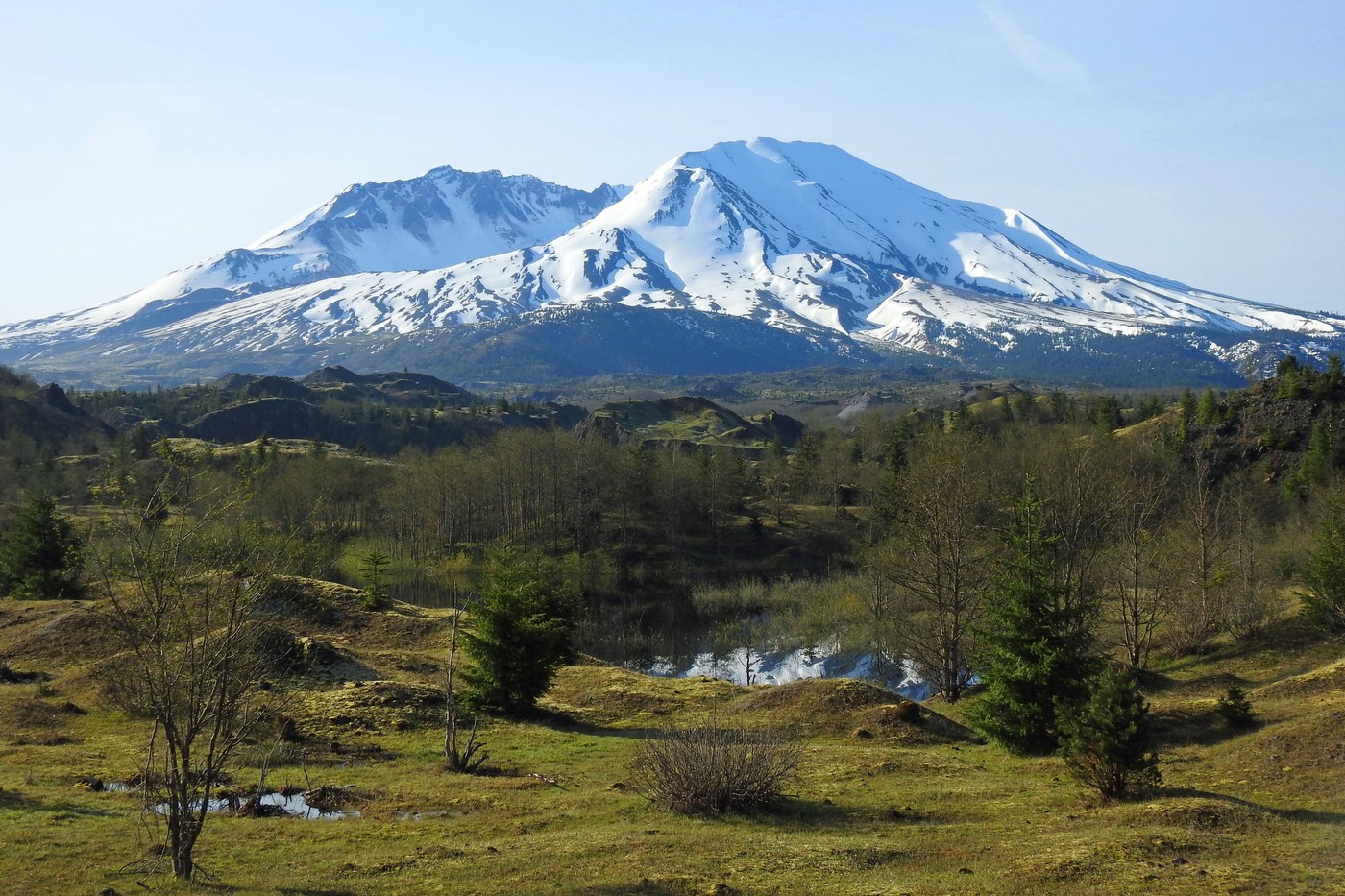 Yesterday morning was my annual hike at Mount Saint Helens from the Hummocks Trail to Johnston Ridge. This is done in remembrance of the lateral blast that took place on May 18, 1980. Ok, I was a day early but it was a great day for a hike.
Road conditions: Clear roads all the way up. A few icy spots in the Johnston Ridge parking lot.
Trail conditions: A few wet muddy spots early on, then clear trail till about 200 yards before Johnston Ridge. There are a few sketchy places on the trail that are doable but not for those with problems with being up high.
Wildlife: There were two groups of elk that crossed the road in front of me on the drive up. There were a pair of Barrow's golden eye swimming in pond on the Hummocks trail. Mountain Blue Birds were around as well as White-crowned Sparrows. Most of the mountain goats were further away but one was not far from the Observatory. The Gold Mantle Ground Squirrels are out of hibernation and scampering about. I also found a ant hill in the snow.
Plant life: There are a lot of wild strawberries blooming. Lupine are starting to come up. I did see a few Paintbrush blooming.
People: Only saw one other person on the Boundary Trail. Then two couples on the Hummocks Trail. There were about 6 people at the Observatory.
Paintbrush not far from the Hummocks Trail 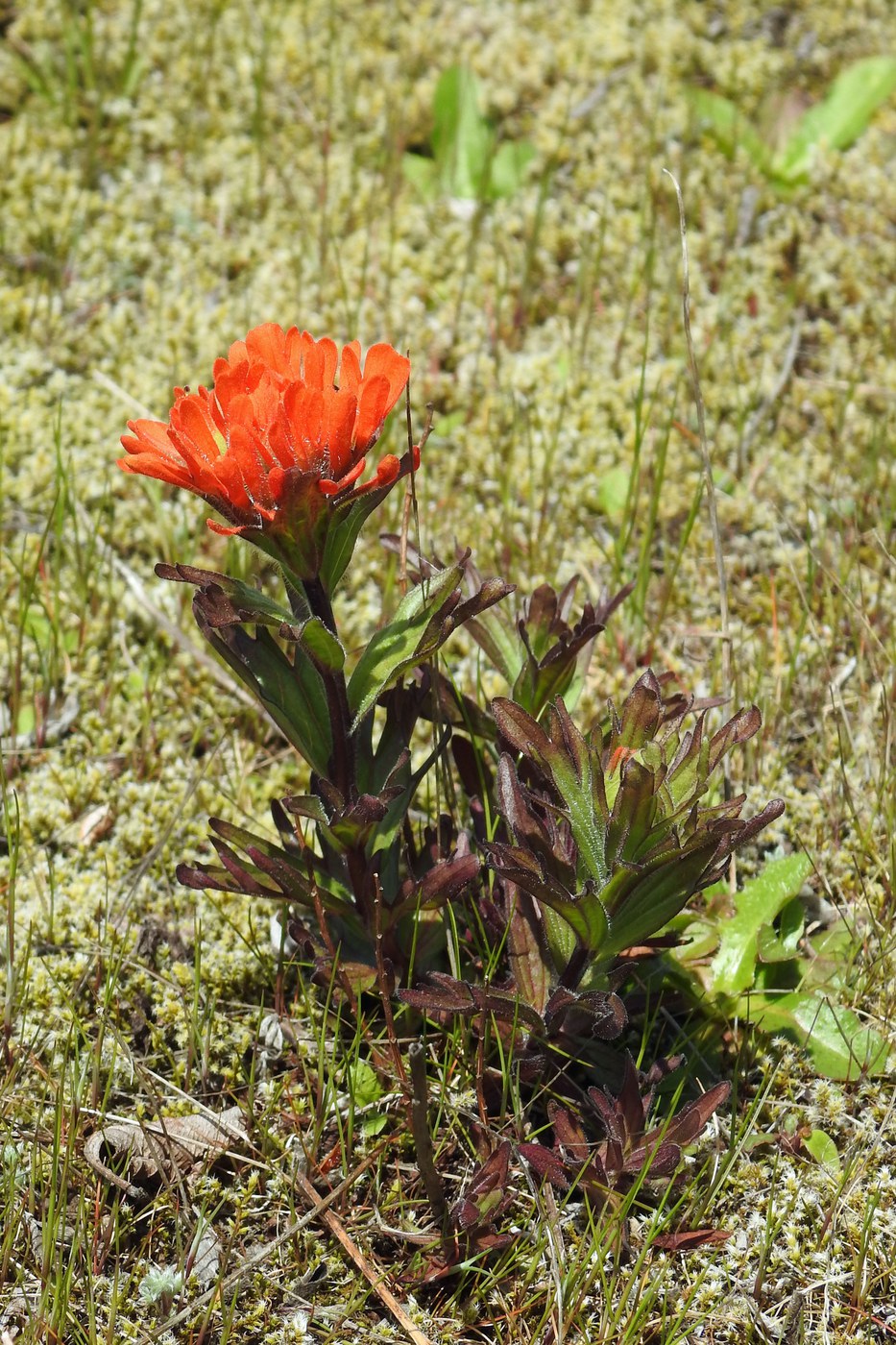 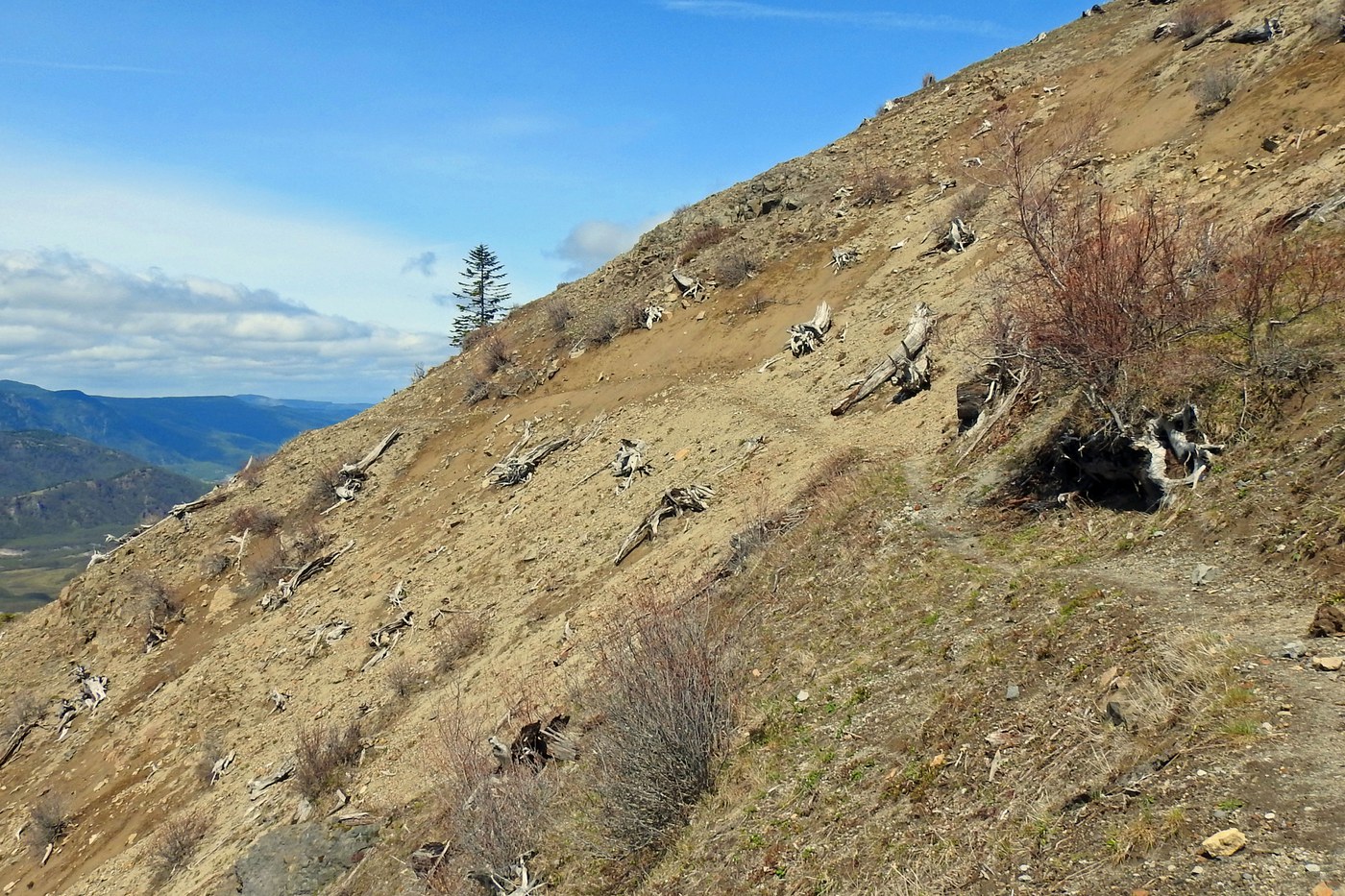 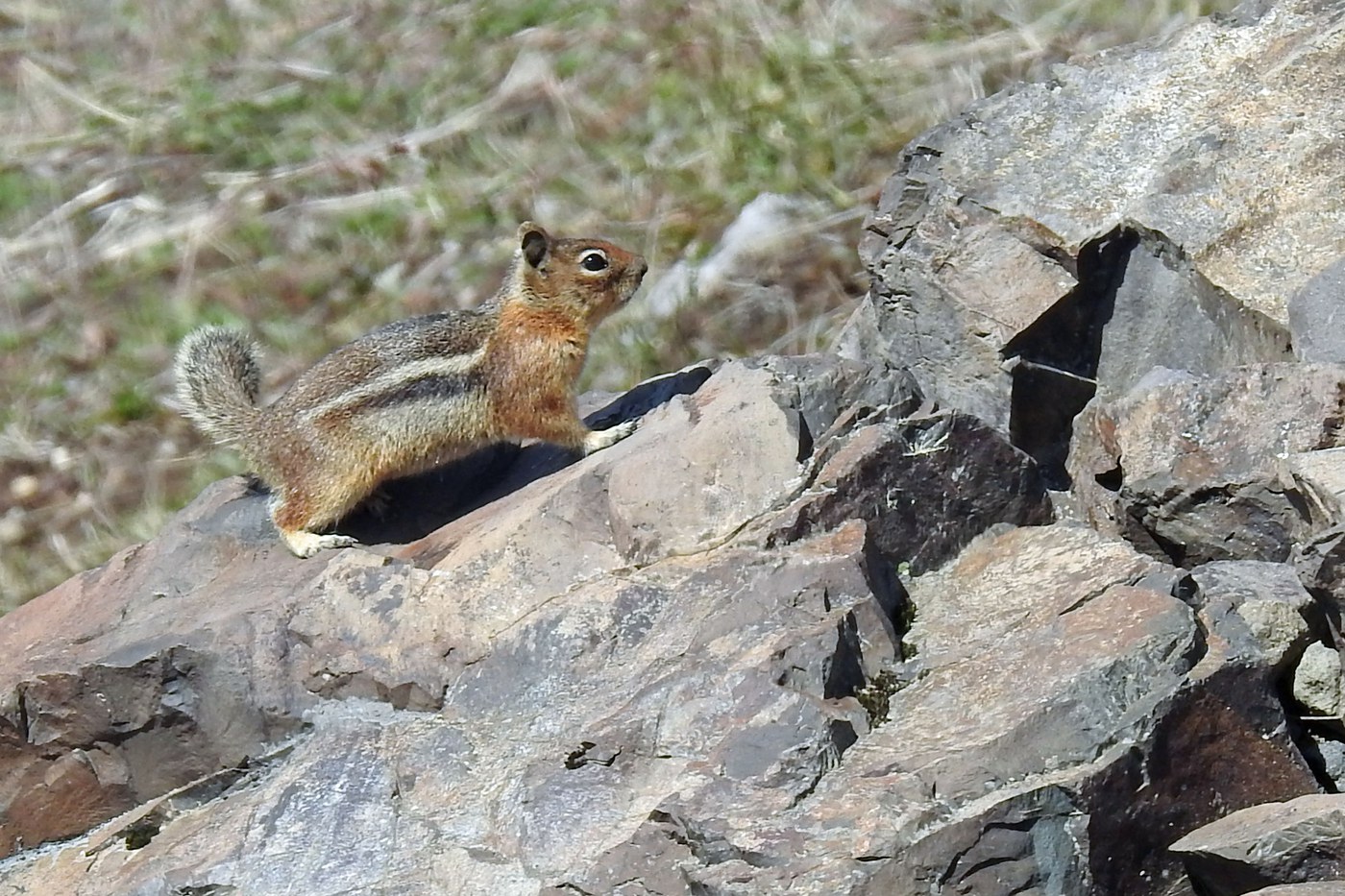