Wildflower meadows are the highlight of the Wenana-Tucannon Wilderness 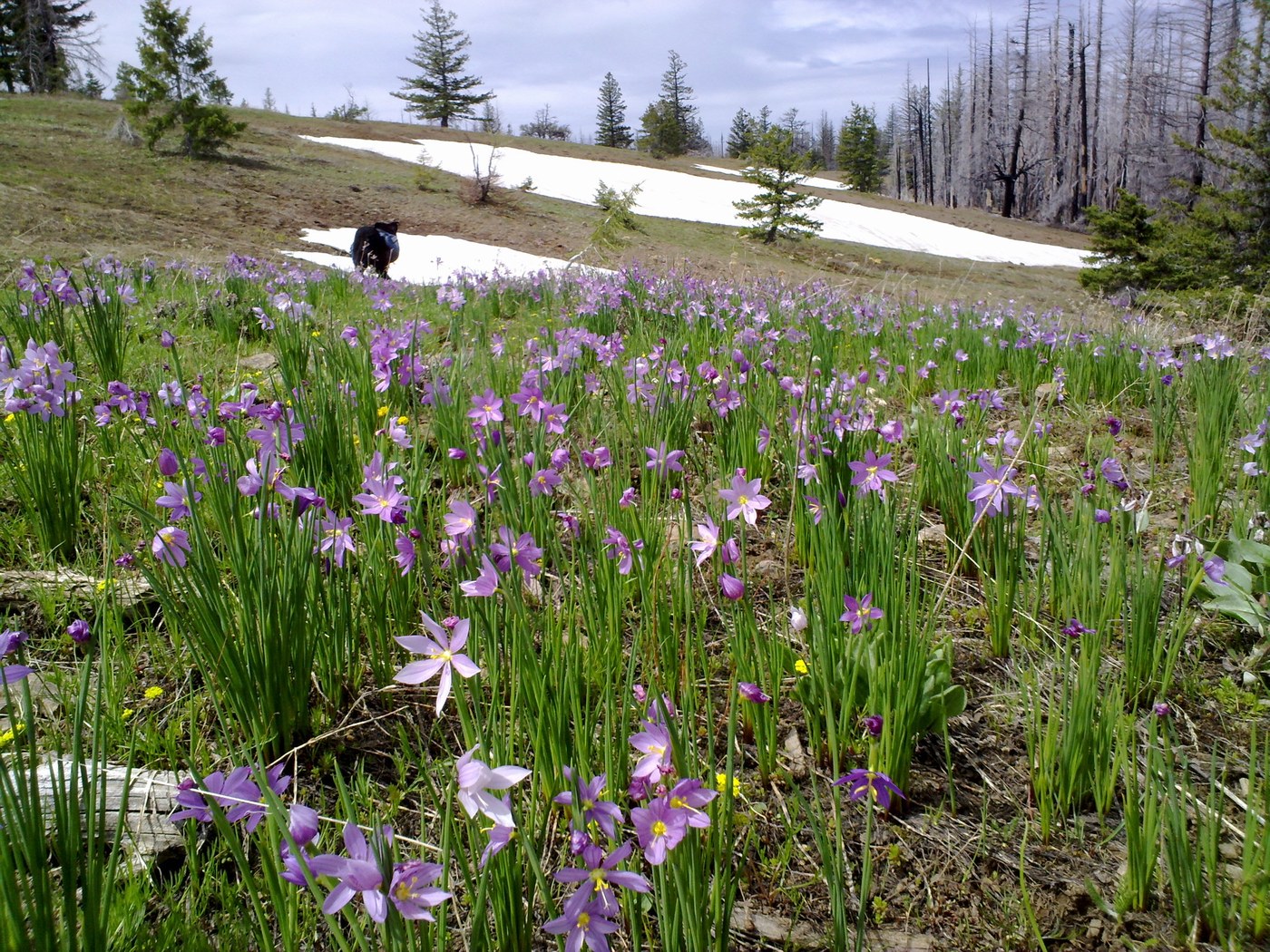 We took a long weekend to visit the little-known Wenaha-Tucannon Wilderness in southeast Washington. The nearest big town is Walla Wall, whose historic downtown is a nice place to stop for a meal. After parking at Panjab Campground on the Tucannon River road, we started our hike on the Rattlesnake Trail. This trail quickly led us to an intimidating ford of the snowmelt-swollen Panjab Creek. Rather than fording the creek, we crossed it on some large logs just upstream of the campground entrance, then took a rough streamside path donwstream to regain the main trail. After the ford, the Rattlesnake Trail launched itself up a ridgeline badly burned by a fire. Fallen logs and brush provided frequent obstacles, and we briefly considered turning back. Above the 3700' mark, the trail fortunately become quite a bit better, though still steep. On a hot day, this trail would fry the soles off your boots - luckly for us the weather was cool and breezy. The trail took an entertaining route up the ridge, switchbacking past a succession of knobs and ledges of basalt, open grassy slopes, and groves of mostly fire burned trees. The views became increasing impressive the higher we climbed. At 5000', we reached a plateau covered with meadows alive with white and purple wildflowes, and pictureque groves of pines and fir that had escaped the forest fire. Patches of snow watered the meadows and springs. All in all, a charming area, despite damage from the forest fire. As the sun set, we arrived at Alnus Spring and made camp. The next day, we continued along the faint and little-used Rattlesnake Trail, which followed the gently rolling ridgeline past more meadows. Near Red Fir Springs was a hunter's camp in a meadow - a nice spot, except the springs themselves were in located in a horribly fire-scorched forest. More snow appeared as we climbed above 5500', and the trail became frequently wet and muddy. A long, wildflower-strewn meadow, a setting suitable for badly sung "Sound of Music" reenactments, led us to a 4-way junction with the Panjab and Mt. Misery trails. We pondered trying to hike to Oregon Butte, the local high point with a great view, but decided not to do it because of heavy snow in that direction. So we instead headed to nearby Dunlap Spring, still buried in snow, and made camp in a grove of trees on the ridge. Then we explore the Mt. Misery Trail for a few miles, finding more lovely meadows and a massive hunters camp located near Bullfrog Springs. This trail was snowy and muddy in many places, and a GPS unit proved helpful for navigating the snow- covered areas. This area will be much nicer to hike in a few weeks, and the flowers should be spectacular. The next day, we followed the Panjab Trail, which quickly descended from the meadow country into a deep canyon. This trail is one of the most popular in the area, especially with horse riders. We found it well-maintained with most blowdowns recently cut. However, horses tend to be hard on trails, and there were mud holes and deeply eroded areas to contend with. Fire damage was visible here, too, but plenty of live trees remained to provide shade near the creek. Note if you arrive late at the trailhead and have time for only a short hike, you will find few camping opportunities in the canyon, due to the steep terrain and brushy, fire-damaged forest. The only usable campsites are located near the Turkey Creek Trail junction. There is a nice-looking spot in a forested flat a quarter mile before the junction, and a smallish site right at the junction. Upstream from Turkey Creek, there is absolutely nothing in the way of camping sites. At length, we crossed a steel bridge over the raging Panjab creek, and arrived at the Panjab Trailhead, well- developed with parking, an outhouse, and major horse infrastructure - feeding troughs, loading platforms and such. Horse riding must be big here, but we saw nobody around on Monday. Hunting season may be another matter: take note if you arrive here in September. A pleasant 2 mile walk down a deserted forest service road took us back to the Rattlesnake Ridge trailhead and our parked car.
The steep, fire-scorched Rattlesnake Trail 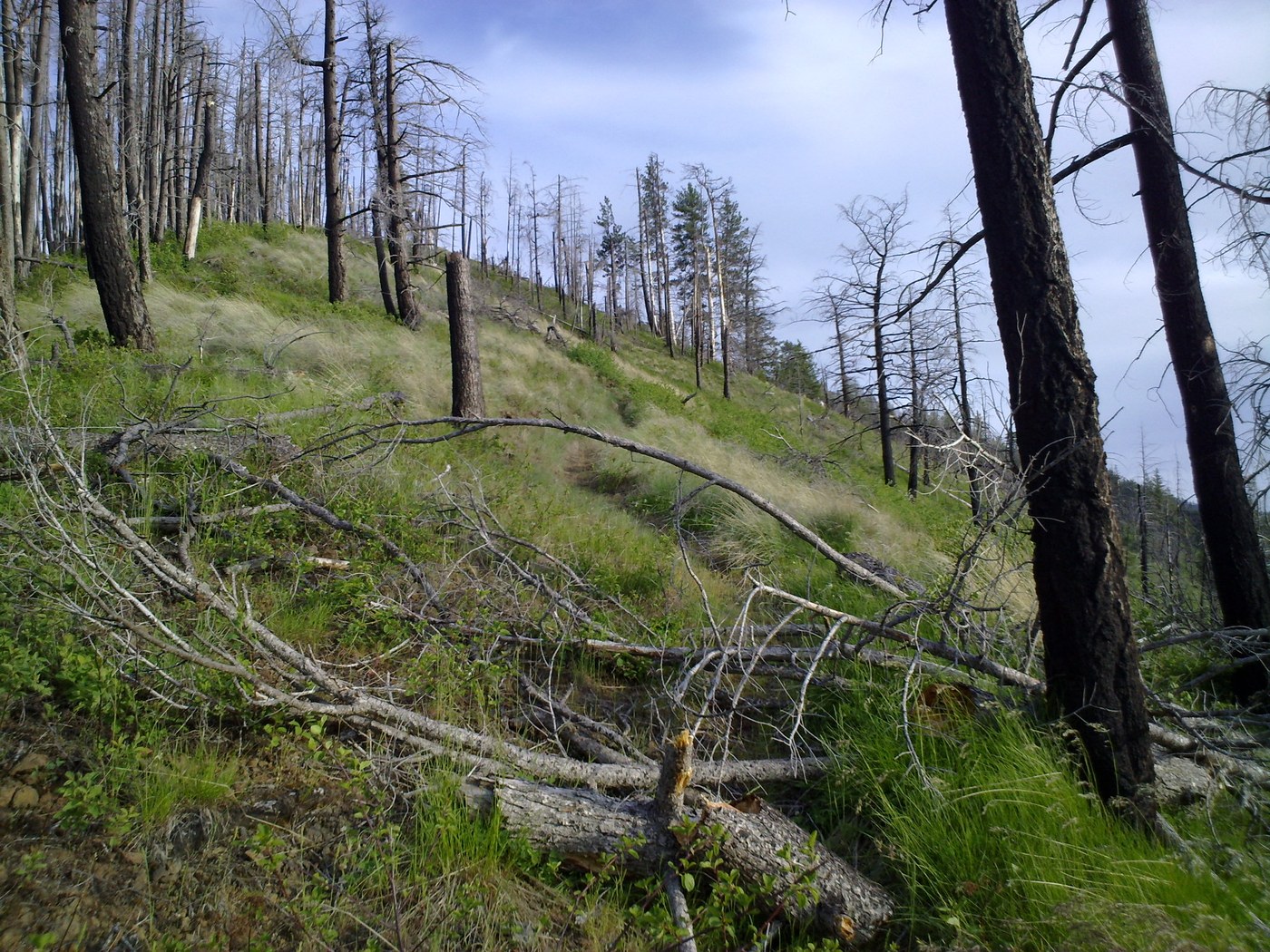 Meadows on the Mt. Misery Trail 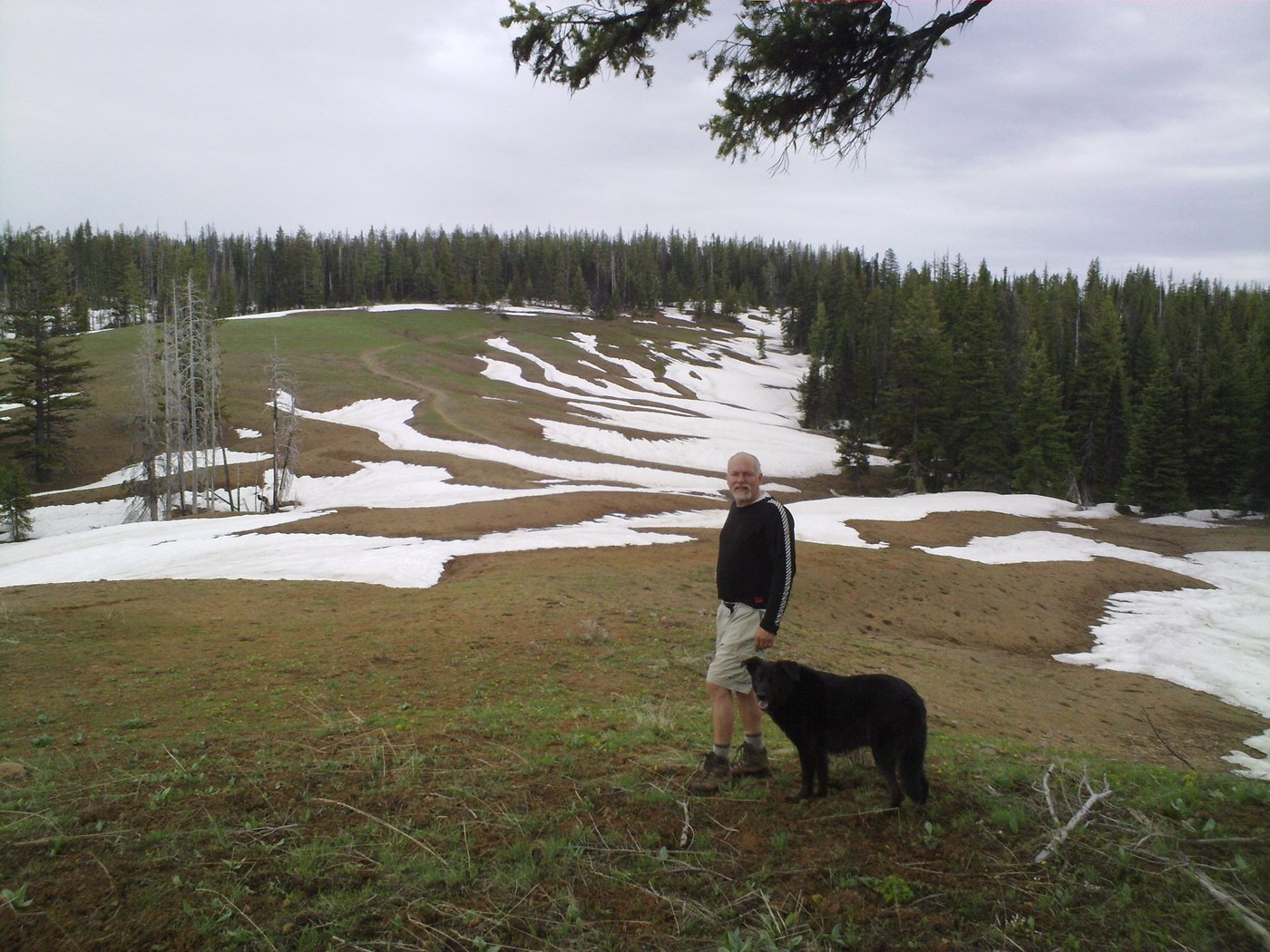 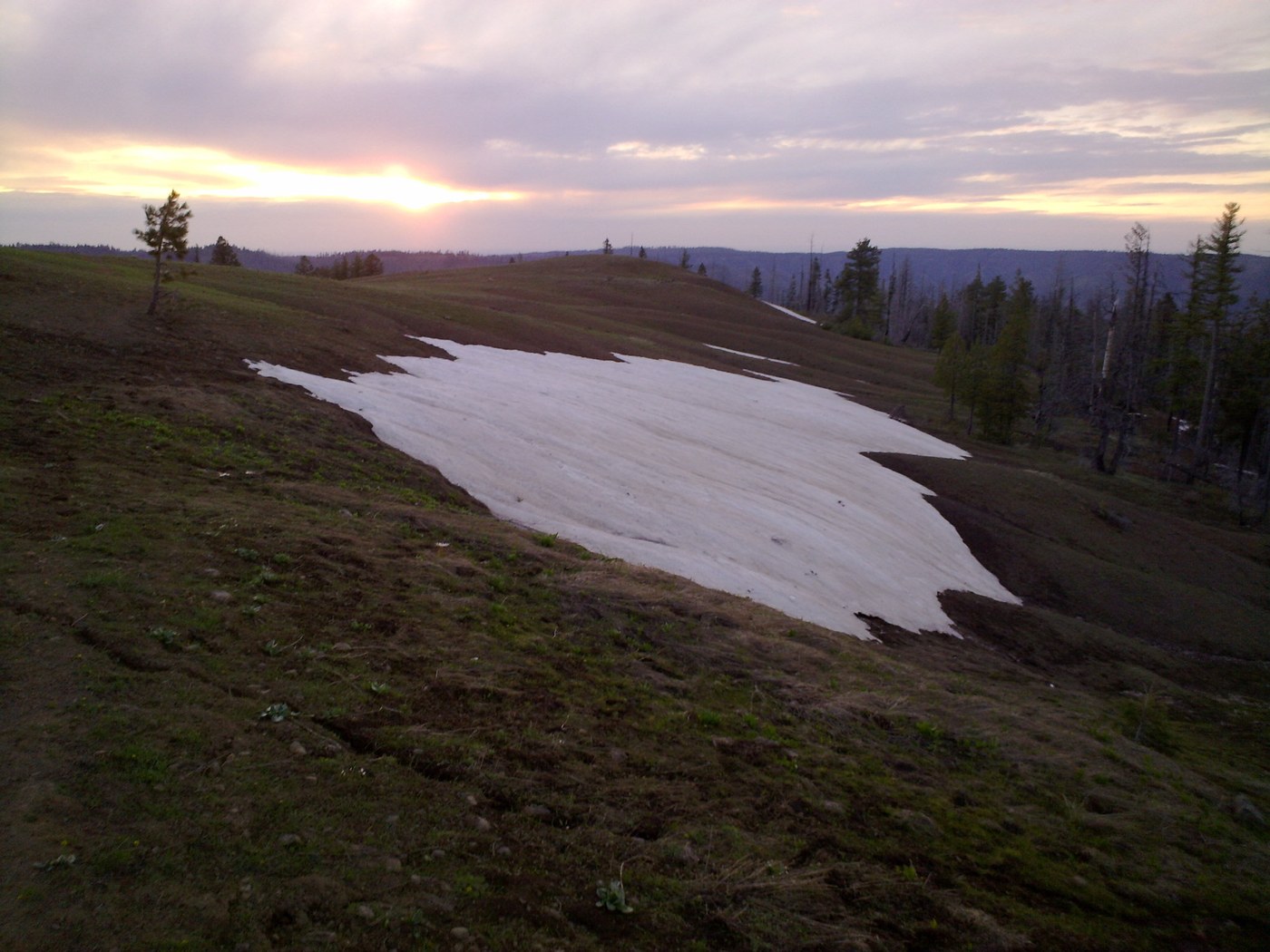