Skip to content
link
North Twentymile Peak There's a new reason to check out this less-traveled trail: volunteers have been hard at work restoring the charming 1923 lookout on North Twentymile Peak to preserve it for future visitors. It's ... https://www.wta.org/go-hiking/trip-reports/trip_report.2015-09-08.3741309155 https://www.wta.org/site_images/trip-reports/2015/tripreport.image.2015-09-08.3576398381/@@download/image/file.jpg 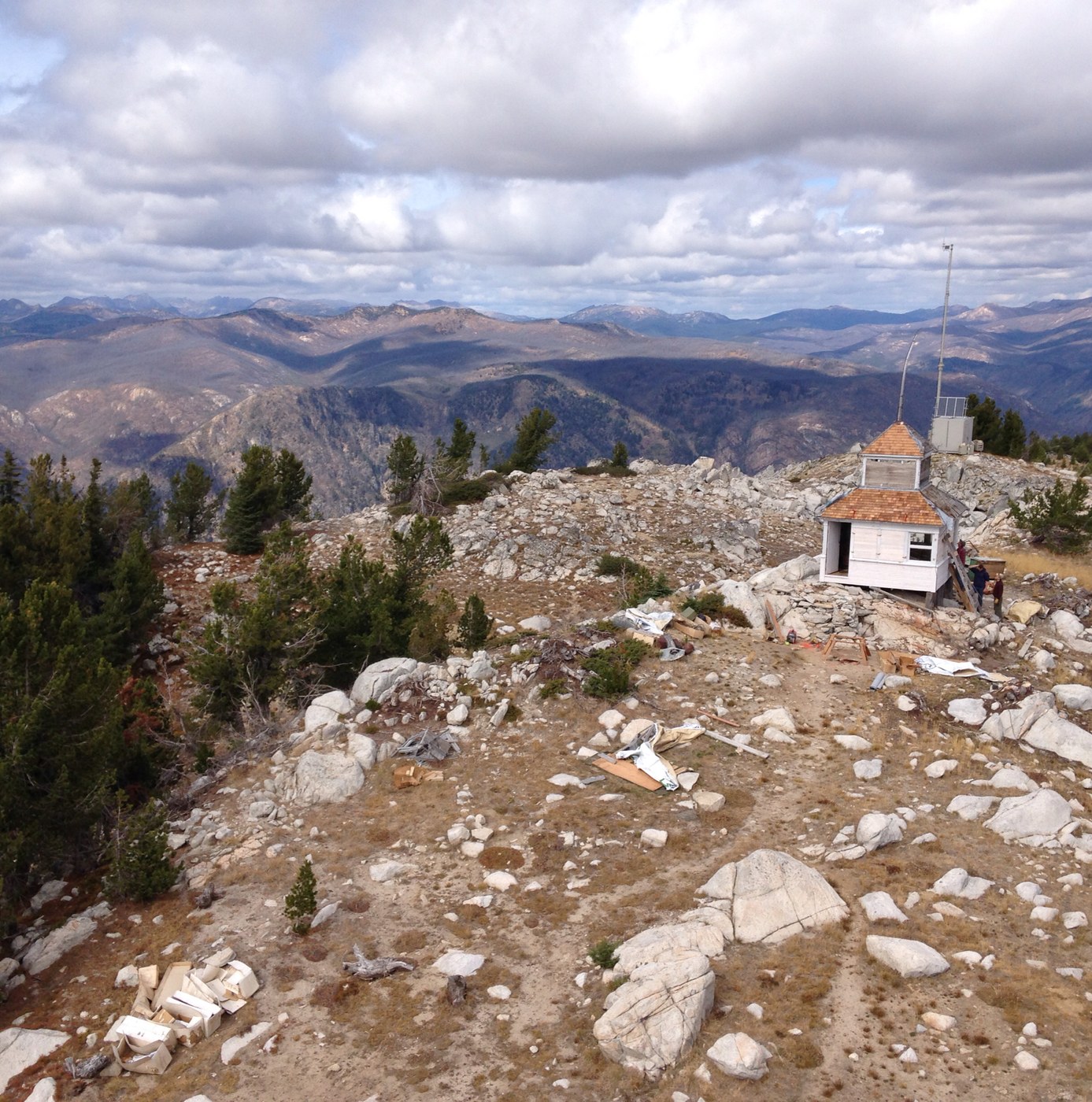 There's a new reason to check out this less-traveled trail: volunteers have been hard at work restoring the charming 1923 lookout on North Twentymile Peak to preserve it for future visitors. It's a beautiful, steady hike to the peak through a forest burned in the 2006 Tripod fire. Close-in views of the recovering forest and the hillsides above Honeymoon Creek give way to far-reaching vistas and then an amazing 360-degree view at the summit. We were the only people hiking the trail that day, but we were fortunate to meet the lookout volunteers when we reached the peak. They were staying up here for a few nights to restore the 1923 lookout, which is actually one of two lookouts at this site. I learned from them that the lookout restoration project was the dream of the late Bob Pfeifer. His son and two other volunteers were there to make Bob's wishes a reality. When we arrived, new siding had been installed and new roofing shingles were being put on. A lot of planning went into the effort, from getting project approval from the Forest Service to delivering construction materials to the site by air and by packhorse. A grant from a national fire lookout association - I'm not sure the exact name - helped with some of the costs. We enjoyed having the trail all to ourselves this Labor Day, but the volunteers are hoping that more people will make a visit to this special place. I agree. If you decide to check out the trail, here is more information about the trail conditions: At least a few dozen trees are currently across the trail. The trees were generally easy to step over or clamber around and didn't delay our travel too much. Word has it that volunteers from the Back Country Horsemen of Washington logged out the trail earlier in the season (thank you!) and the current blowdown has come down recently. This trail will need continued help in the coming seasons to clear the hundreds of trees that will keep coming down, to cut back the brush that is threatening to obscure the trail in a few places, and hopefully repair some of the erosion in the burned areas. The tread is pretty soft in most places - with plenty of rocks thrown in - which makes for a more tiring ascent but a softer, knee-friendly descent. Mild temperatures and almost no wind (except at the top) provided good conditions for this hike. On a hot summer day, be prepared for little shade. And windy conditions will increase the risk of burned trees falling down. Not much water here right now; pack what you need. We found one trickle of water crossing the trail about half-way up, and the lookout volunteers reported a spring about a 1/2 mile from the peak, heading down the ridge past the radio tower.
View from the "new" lookout, built in the 1940s 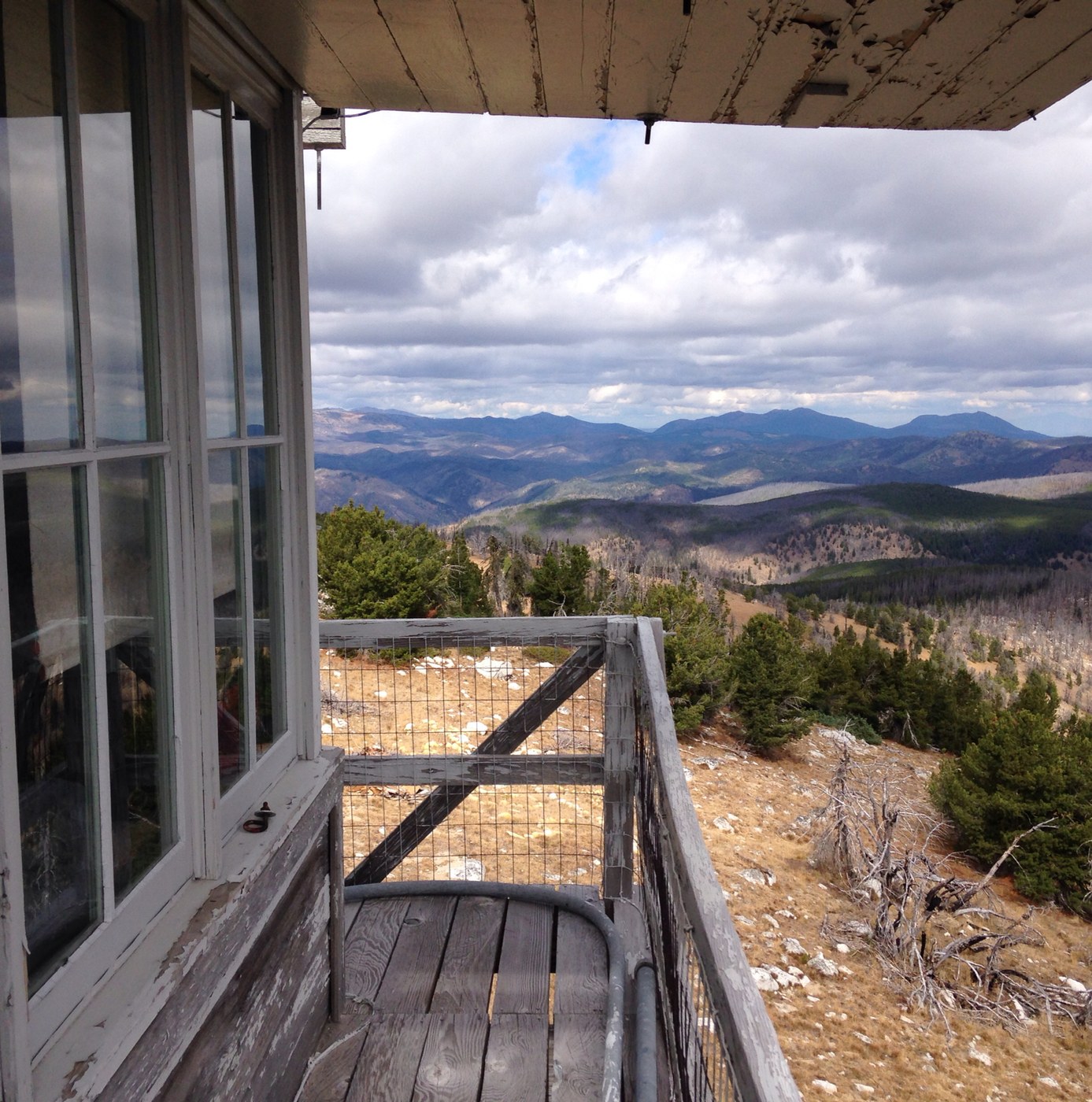 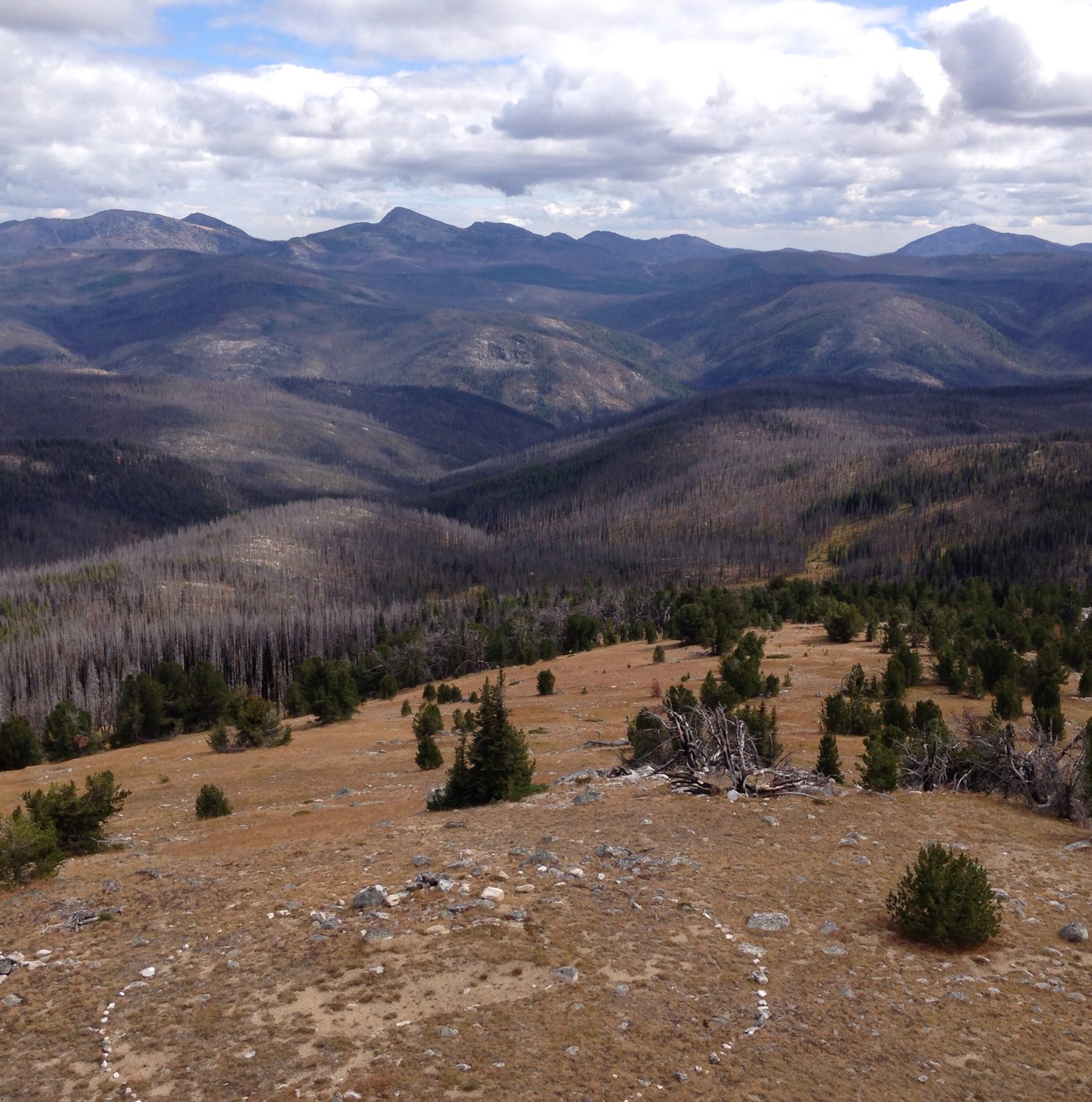 Thanks to these volunteers, this 1923 lookout sports new siding and extensive roof repairs! 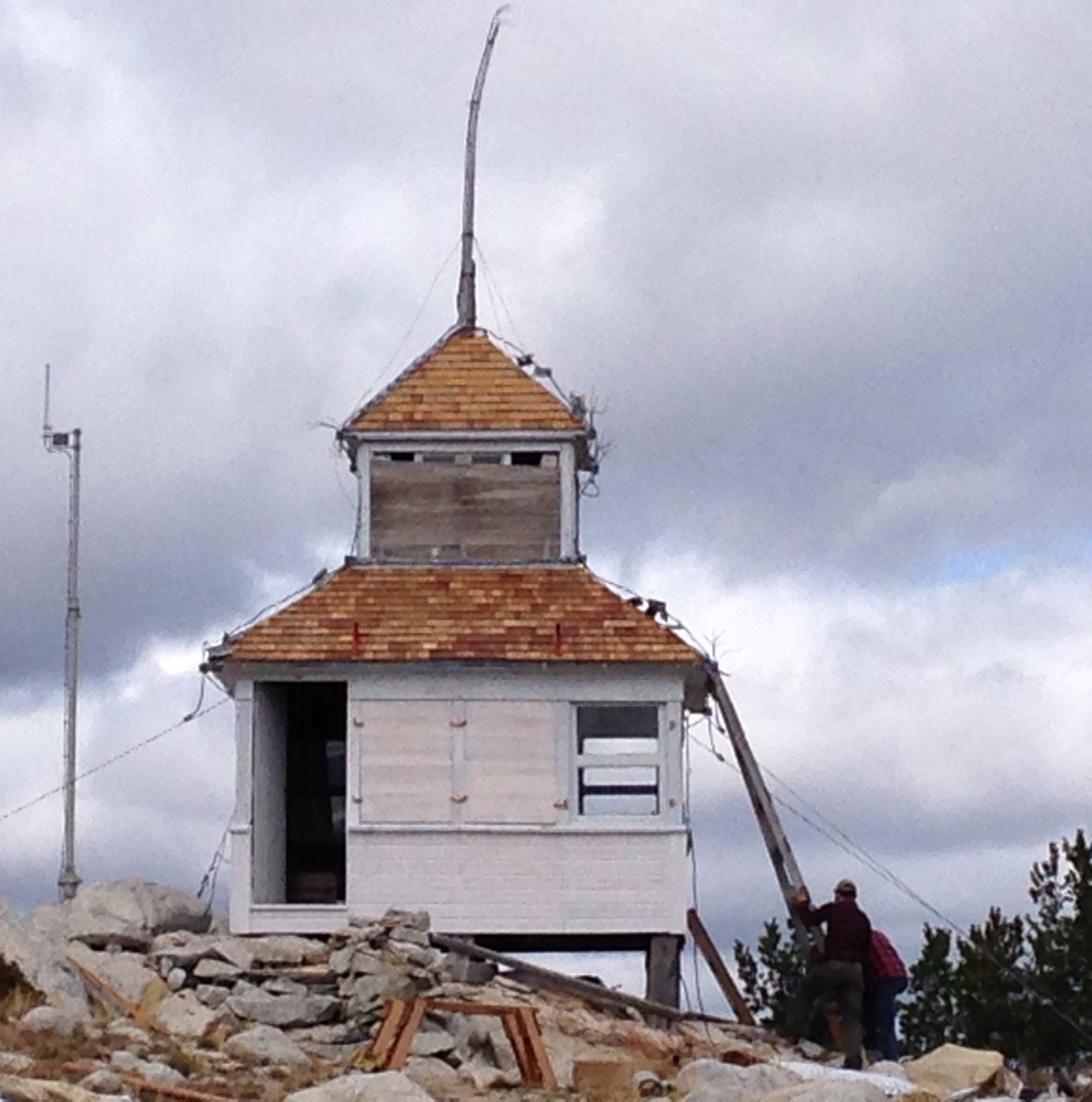 Thanks for this great trip report, Rebecca. I'm Bob Pfeifer's daughter, and my brother and I are pleased to see interest from others in maintaining and preserving this wonderful site. We hope gentle and attentive users keep it a destination for hikers for decades to come.

All the thanks go to your family! It's an inspiration to see so much love and hard work poured into the restoration project.