First sunshine I saw on my hike -- coming down from Skyscraper Pass toward Mystic. Photo by Anna Roth. 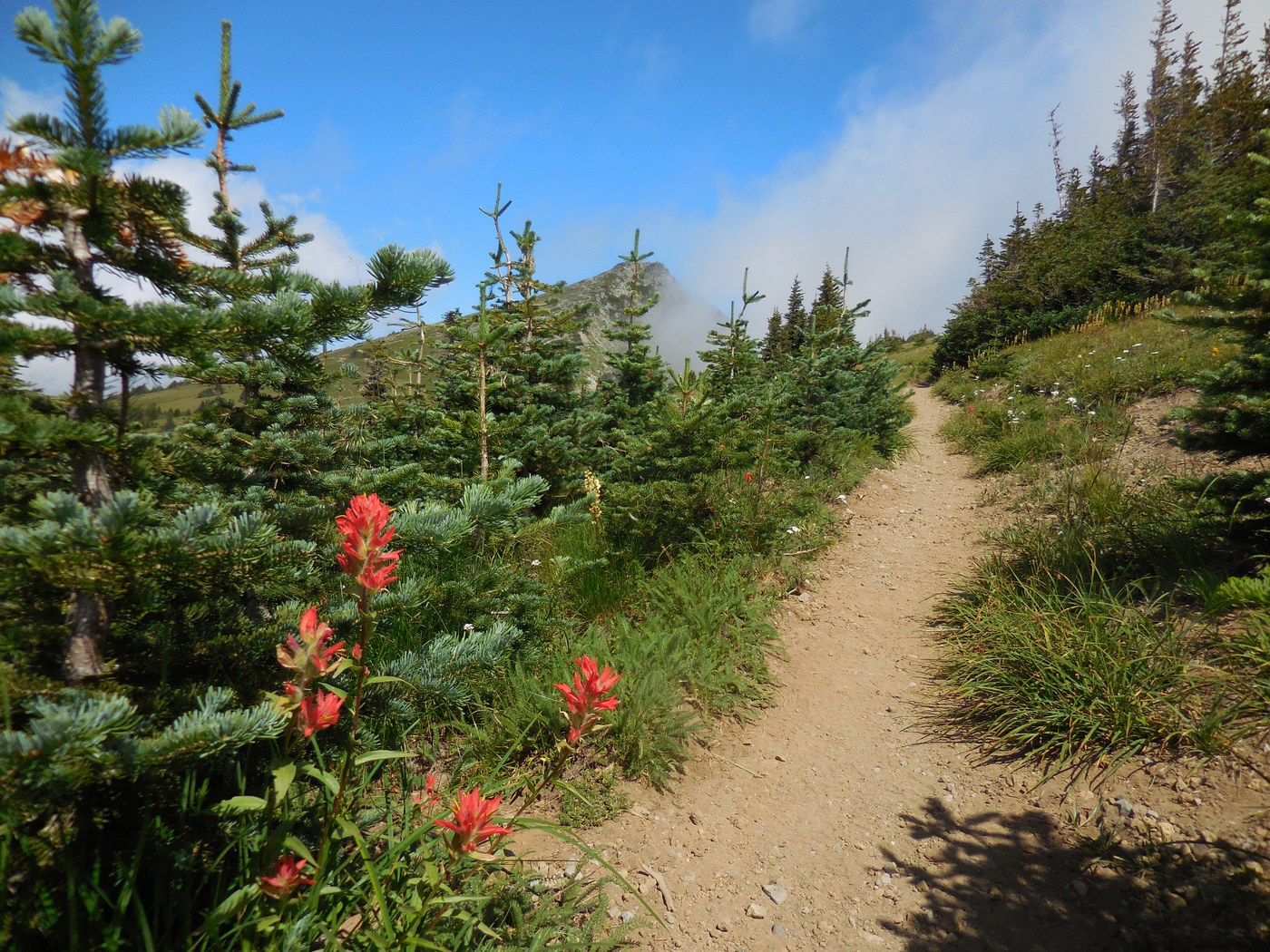 Well, this is months late, but I hadn't filed a report for this trip yet and I wanted to be able to reference it later. Plus, let's be honest, I wanted to share photos, too. Last August, I went to scout the Northern Loop trail. I was impressed by the trip overall, though surprised at the number of Wonderland Trail hikers I saw on my first two days. Granted, I was hiking in late August, so I shouldn't have been surprised, but hearing about crowding and really experiencing it are two different things.

Day 1: This was a stunner -- Sunrise is such a different type of landscape than so much of Mount Rainier is, and I was thrilled to be starting here, though I wish I'd been able to stay in the area longer. I started strong, (though somewhat later than I'd hoped; then again I was coming from down south). Got to Skyscraper Pass quickly (albeit in pretty serious fog), but was rewarded by sun in the pass and down the other side. Down to Granite Creek Camp also went quickly, and I took note -- Granite Creek is a nice spot. Things slowed down from here though, and the push to Mystic Lake was rough. I believe I said something like, "what kind of monster installs steps for the last 100 feet to a lake this far back?" It was hot that day. But the lake was lovely, and I rested up, getting ready for day 2.

Day 2: My longest, most elevation-y day. Here are some highlights:

Day 3: Pushing through Windy Gap early in the morning, I encountered a troop of Boy Scouts headed up to the Gap. They were nice company to chat to early in the morning. I continued down the steep, rocky trail to James Camp, once again so happy that I wasn't hiking up it. This was the day I encountered my most significant trail damage. A park service crew was clearing the bottom of the trail out of James Camp where huge blowdowns had fallen. Luckily, they were nearly done when I got there, but I can only imagine encountering those a week earlier. I think for sure I would have lost the trail. Crossing the White River here was a little tricky -- it required a ford and it came up to my mid-calf (I'm 5'10"), but luckily it went well. Hiking up from here, I encountered a very nice backpacker heading the opposite way, and we chatted for a while before we went our separate ways. The trail uphill from there was clear but steep, and oh man was that pitch up out of Fire Creek Camp a burner. Fire Creek Camp is a little creepy -- the water source is nice, but one of the sites was closed because of a dangerous tree, and that made me nervous about the rest of the sites. Not my favorite spot on the trail.

Day 4 Back to Sunrise via Grand Park. What a place. The view of Rainier from Grand Park was one I was hoping to see for the whole trip, and I wasn't disappointed. It is really one of the best views in Washington (and Rainier isn't even my favorite mountain). Coming out of Grand Park, I was really ready for an all-downhill hike out, but of course that wasn't to be. Luckily, Berkeley Park was beautiful, and I made it there early enough that much of my hike out was still in shade. Once I hit the saddle with the Wonderland Trail, I knew I was basically done. I slowed down a bit, and stopped to chat with three guys heading out on a Wonderland trip. They impressed I'd done the loop solo, and said they didn't know many women who would hike alone, so I named a few guidebook authors who do it all the time. They seemed happy to have the suggestion of writers to look up. The five-way intersection was crazy busy. I realized there was some sort of National Parks celebration at Sunrise, which was a jarring thing to navigate after four days solo. I took a picture of a MeetUp group from Bellevue, then decided to return to Sunrise via the Shadow Lake loop, to try and avoid most of the crowds. This sort of worked. I saw two volunteer rangers and talked to them for a bit, thanking them for their time before rounding out my four-day saga by splashing my face off in the bathroom and heading home.

Windy Gap is my jam. Photo by Anna Roth 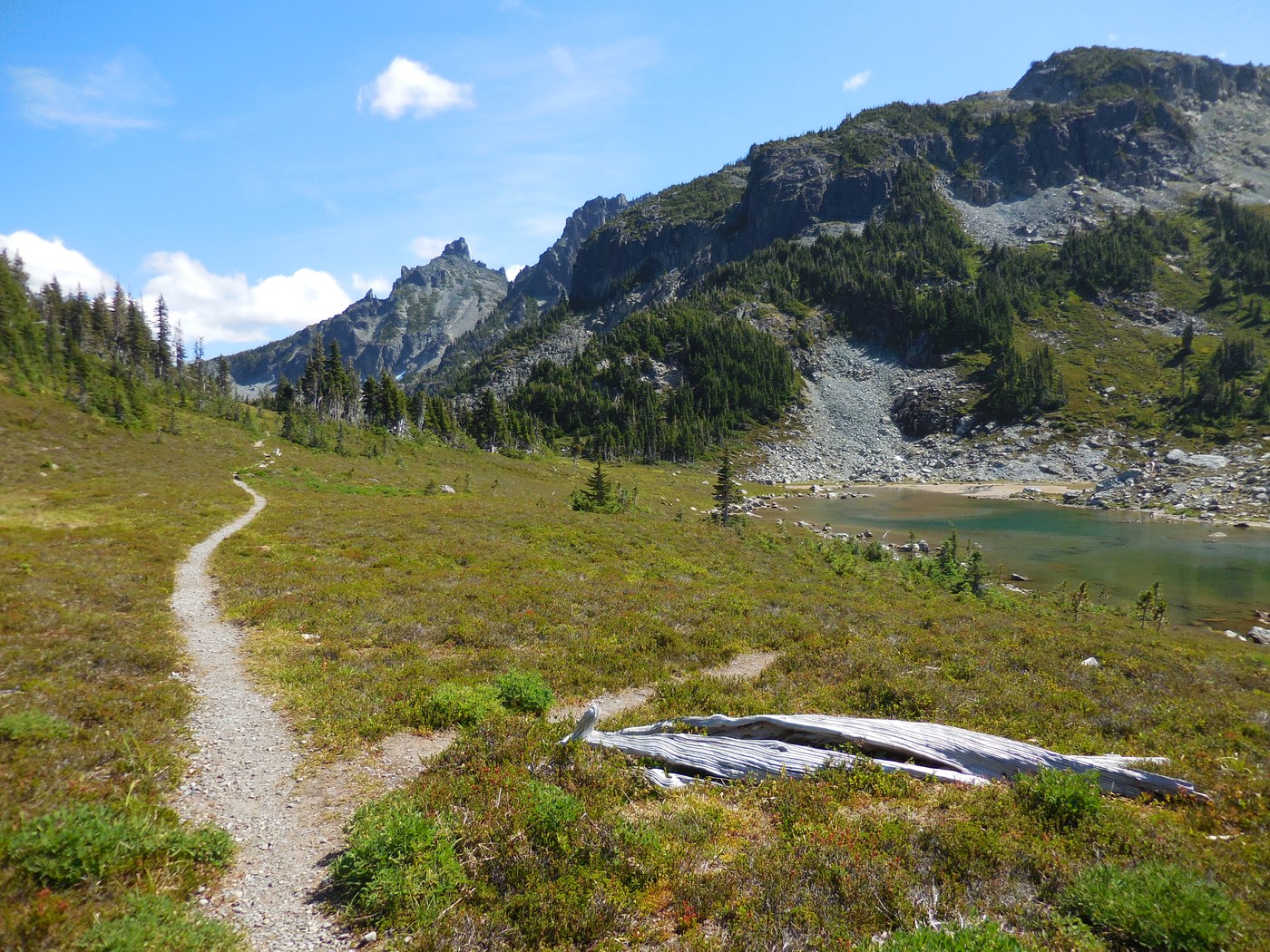 Rainier -- heck of a reward after climbing out of Fire Creek. Photo by Anna Roth. 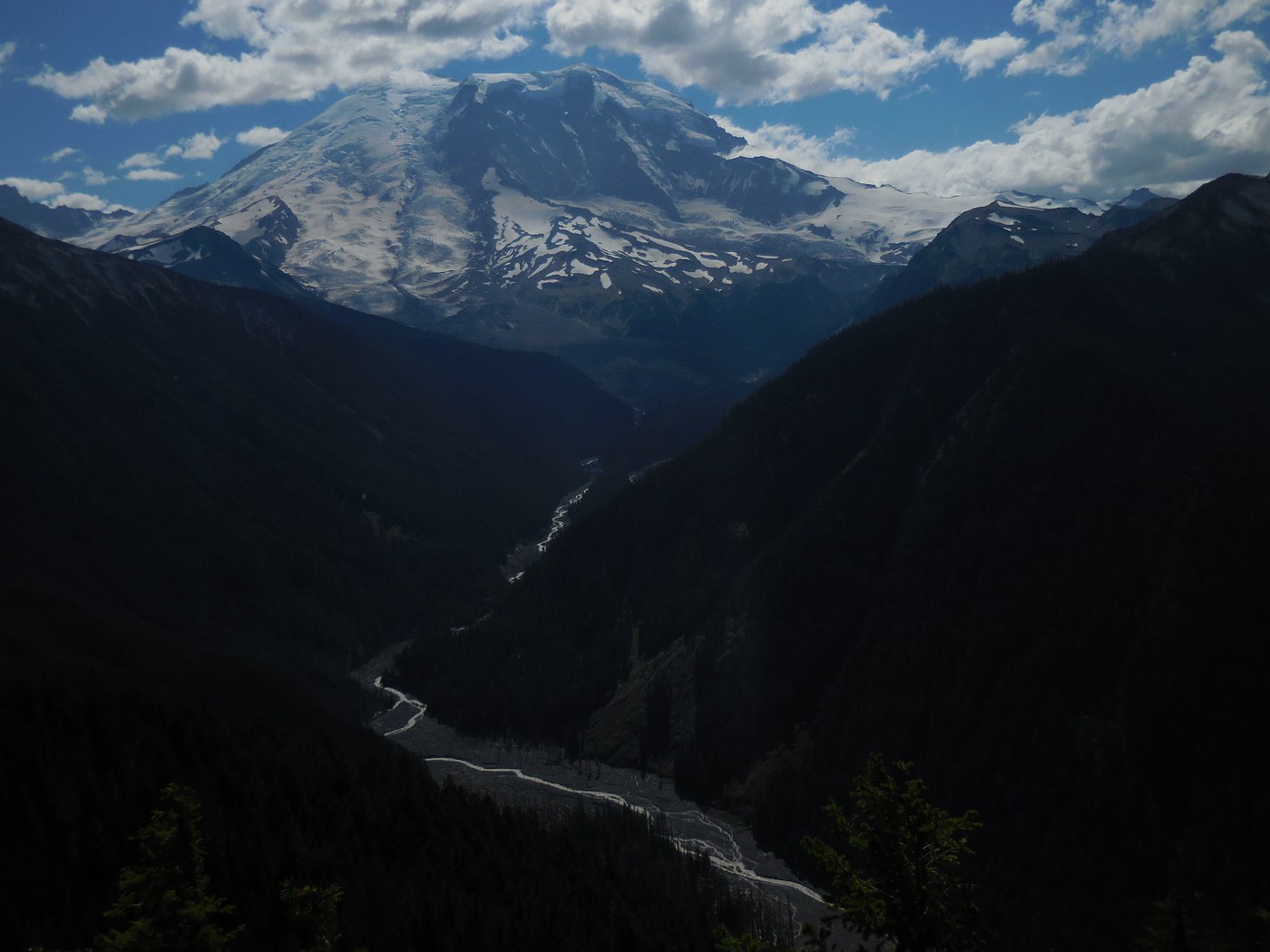 Rainier rejoining me after a brief absence. Photo by Anna Roth.