One of the best views of the day. Photo by Anna Roth. 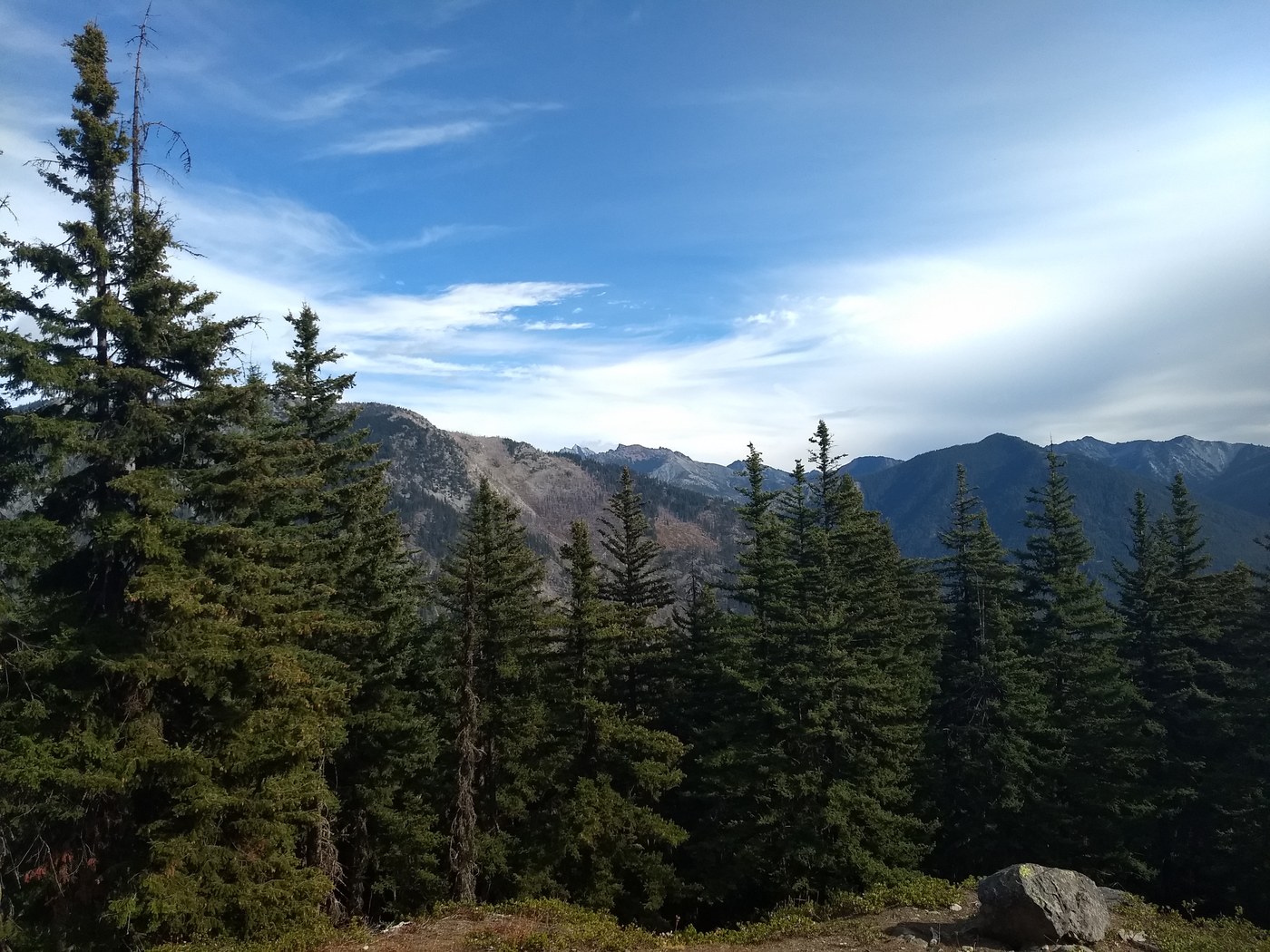 Another hike I’ve always wanted to do, though I have no idea why. Polallie Ridge is, as the women I saw in the parking lot after I finished described it, “…a butt burner”. Plus, it’s boring if you hike for views. The fall color was still good, but the best pictures I got all day were in the last mile and a half on the way back.

The trail is pretty rocky, and in some places faint. Years ago, WTA did a logout here, but what it really needs is brushing and retread in many sections. It’s not overgrown, just really faint. Compared to other trails in this area this one needs some serious work. Also, chalk up another example of a multi-use trail I would NEVER take a horse on: way too steep.

Report of the day

I got out of the car, got my pack in order, and set off. Like the day before, I had two hikes on my itinerary this morning, and I wanted to get Polallie out of the way. Right from the get-go, the trail climbs. But strangely, the beginning of the hike, which felt super steep on the way down, didn’t register as particularly steep on the way up, and I made pretty good time heading up the nose of the ridge.

Because I was moving so quickly, when the trail flattened out and I saw a small knob up ahead, I thought I was much farther along than I really was. I knew the trail skirted west around a high point, then dropped into a lake basin. Because I’d been climbing so relentlessly, I was sure I was nearly there.

I should know better. I miscalculate like this all. the. time. But not usually quite this badly. Turns out I was only a little more than halfway. The trail went up and around the knob, meaning the climb got way more intense after the flats I'd been in. Then, because nothing is ever direct, including straight uphill trails, I got to descend for a bit, losing about 200 feet of what I’d just climbed up.

After another climb (to get back to where I’d been pre-descent), I came to a small Alpine Lakes Wilderness sign. Turnaround time for me was noon-ish, so at the sign, I consulted my map, which told me I was barely more than halfway there. And the trail was descending again, which would mean another steep ascent further on. But it was only 11 15, and the promise of a destination pulled me on. I had almost another hour to hike.

Unfortunately, my earlier optimism made this part much harder. I was discouraged by my miscalculation, so I was moving slower. Also, the unchanging scenery was uninspiring. Finally though, I passed through a saddle, ready for views of the lake. Nope. Lots of my recent hikes have been like this - the destination out of sight until you're nearly there.

Noon was getting close, but I knew I had to be close. I gave myself until 12 15. I figured I could snap some pictures and turn right around, which is about what I did, with the addition of taking some advil. My hips and knees were sore from my hikes the day before (4637 feet of elevation gain, if my calculations are correct).

Lots of steep up-and-down climbing can lead to patellar tendonitis, and I felt that coming on even as I was hiking down from Diamond Lake. It manifests as a sharp pain under your kneecap. That, along with the neuroma in my foot meant I made slow progress on the steepest parts. As I hiked, I decided I didn't have two more steep up and down hikes in me, and I definitely didn't have another one in me that day. My SPOT device hadn’t worked the night before for my check-in (apparently rechargeable batteries can lose their charge if they’re in the device, so even though I had charged it up a few weeks ago, it was dead by the time I tried to use it). So with my foot and knees bothering me, and a dead SPOT device, I thought it wiser to skip the second hike and head into Roslyn to check in.

Turns out that was a good choice. Apparently my father had been waiting to hear from me since Sunday, when I’d gone hiking with a couple of friends. He’d called earlier and left a message asking if I was OK. I called him back, and that also gave me the opportunity to tell him about my change of plans.

Much of the trail looked like this. Photo by Anna Roth. 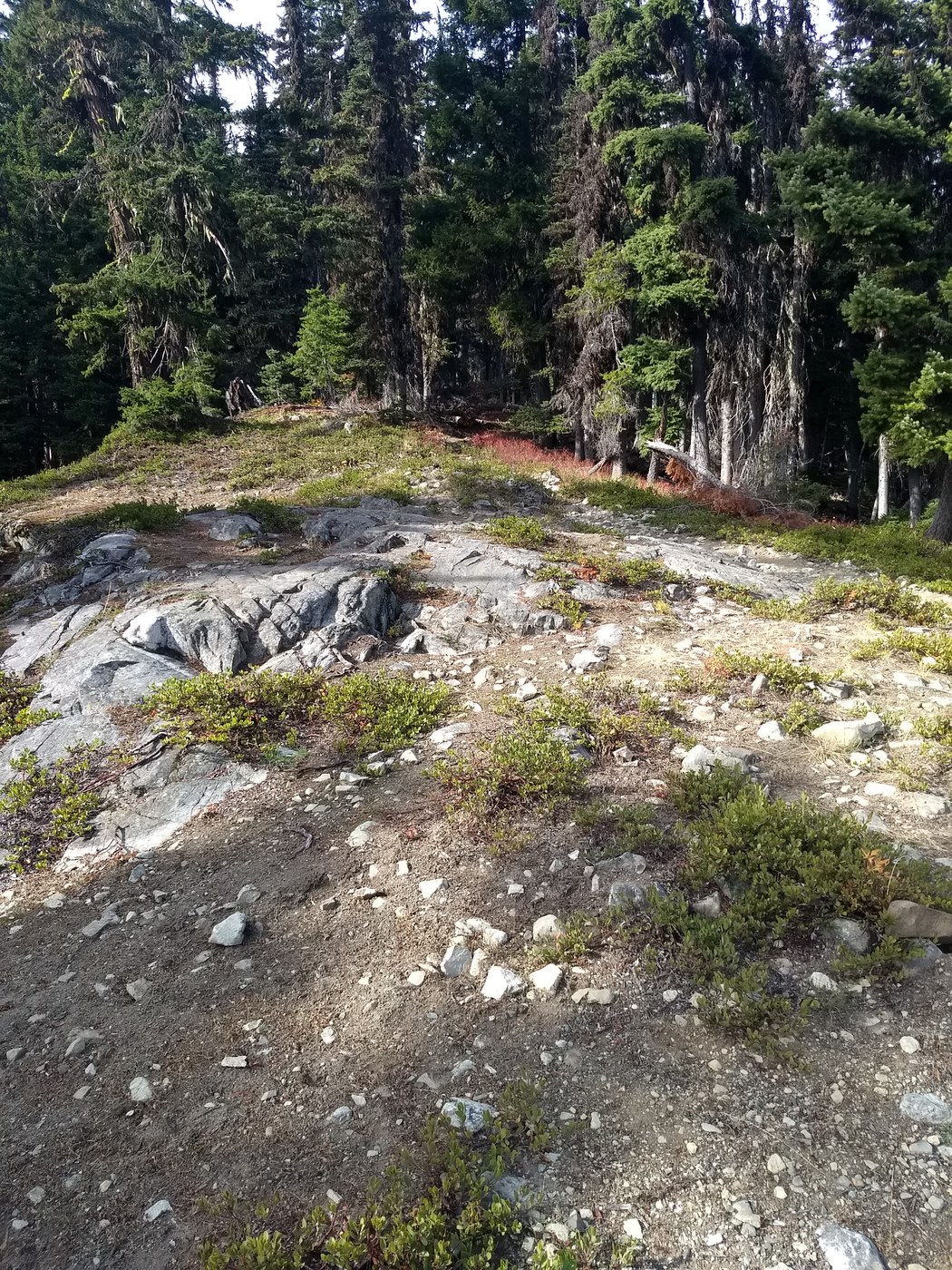 The lake. Photo by Anna Roth. A nice wildlife moment on the way back. Photo by Anna Roth. 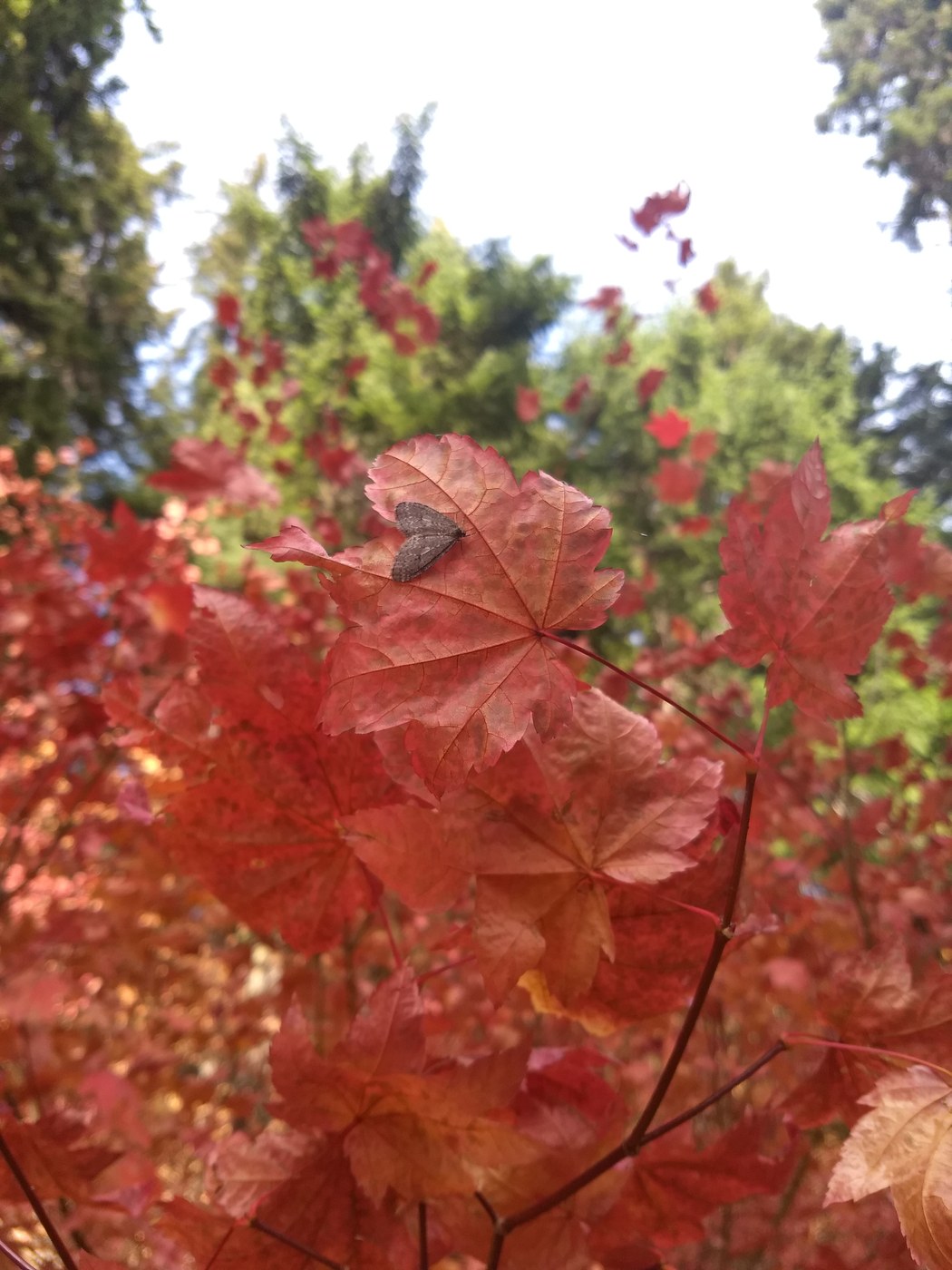 Bob and Barb on Polallie Ridge

The first time we hiked this trail it was so foggy we walked right by Diamond Lake! I can't imagine doing another hike after this one! You had a busy trip!

Hah, yeah, that lake is so hidden I can imagine walking by it even if it wasn't very foggy.

Once I got to the trailhead, I couldn't imagine another hike, either! Particularly one as steep as the one I had planned. Oh well. Always next year. :)