Obstacles on trail:
Trees down across trail,
Overgrown in places. 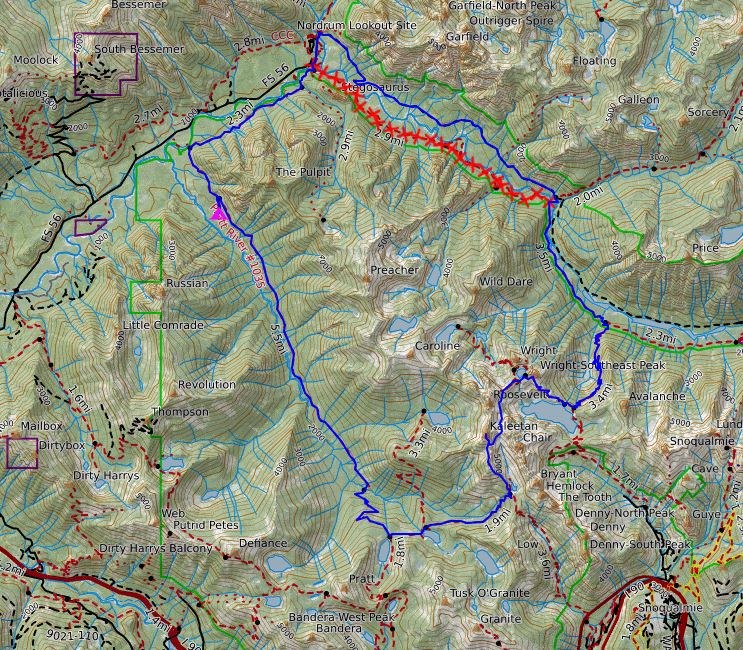 I dreamt up this loop as a training/test run for a 3-day Wonderland attempt. Not one of the 193 Pratt connector TRs mentions Kaleetan, so I figured I’d post it to inspire some folks.  The loop came out to 31 miles on Caltopo (likely ~35 miles in reality). The total included 8,000+ feet of gain, around 10 miles on unmaintained trail, the Kaleetan peak scramble, and a couple off-trail miles with of exposed class 3 scrambling. It did not disappoint!

My route on Caltopo:  https://caltopo.com/m/L9K5

With a good fraction of runnable miles, this would make a great 1-day loop for those capable.  Note that I did this with gear for two rainy nights on the trail.  Would be much easier in a running vest.

Thanks to all the volunteers who are constructing the Pratt River Connector trail. The section completed thus far looks great. Looking forward to seeing the finished product!  More info on that here:

You can browse elevation profiles and mileages between points in Caltopo by clicking the graph symbol next to “Day 2”, for example, under “Lines & Polygons” on the left. As such, I won’t go into these details. Note that Caltopo is usually 10-25% under on distance estimates.

A late Friday start set me off at 8:45pm in complete dark, run/walking by headlamp. After passing a couple camps within the first mile, I didn’t see a soul until arriving at Pratt Lake. The trail was great until a couple miles in, when it became overgrown, making it hard but doable to navigate by headlamp. Lots of brush, but very few devil’s club, and no nettle that I felt. Took the spur to the Big Tree, arrived around 10, and bivied. A trail crew trip report lists this as 4.25 miles from the TH.  Big Tree is worth the detour! Possibly the biggest tree I’ve seen in Washington – almost 10’ diameter, but looks even bigger. There is a very visible sign for the spur.  There is one possible spot for a tent or bivy about halfway down the spur, on the left, but nothing great.

Packed up camp and got on the trail a little after 7.  The main trail continues up past the spur and connects with an old railroad bed.  Within the first mile or two of connecting, the old railroad grade offers plenty of quality spots to pitch a tent, although I’m not sure whether that qualifies as dispersed camping. From here, the trail follows the grade, making it very runnable (see trailrunproject link above). It’s mostly pretty clear, but sometimes weaves through overgrowth. The official trail ends at the end of the railroad grade.  From here, cut to the river.  I suggest leaving the trail and heading down the slope a little before the official end of the grade. It’s not very brushy, so any route to the river is manageable. The Pratt River can be difficult/dangerous to cross early season, but now it’s just a couple easy rock hops.  Arrived around 9 and cooked up a nice breakfast oatmeal and coffee. Not much advice on finding the trail on the other side.  Wasn’t as hard as others made it out to be, especially with a GPS track.

The next section of the Pratt River Trail switches back and forth up the slope to Pratt Lake.  It was heavily flagged, and the trail itself was in surprisingly great condition considering it has not been maintained since the 70s.  It looked like someone had recently cleared small-medium trees, but a couple larger ones remained. Very manageable to navigate and hike, and in better shape than many maintained trails in early season. Like the rest of the Pratt river trail, this is all second growth.

From Pratt Lake, take the trail to Lower Tuscohatchie Lake (has a privy) and then up to Melakwa Lakes (has a privy).  The 1000’ climb to Melakwa was sneakily tough. Pratt Lake was predictably busy, but Tuscohatchie was almost empty.  Ran into several backpackers, day hikers, and trail runners on the way up to Melakwa and arrived at 12:00 noon on the dot.  Melakwa was a bit of a zoo, complete with ongoing barking and yipping from rowdy dogs and bros echoing throughout the basin. Literally yipping and barking bros.

After taking some rest and refueling, I was back on the trail at 12:30. There are plenty of TRs on the Kaleetan routes, so I won’t go into detail, but your options are:

1a) the “outhouse route” up the ridge, drop off the ridge and regain  - this adds significant elevation, and I regret taking this one

2) take the chossy gully that includes some class 3 scrambling and connects with the trail just south of  the final summit push - I descended this route and if you stay to the north side of the gully, it can be more ledgy and less chossy than people make it out to be

The Kaleetan climb was also a butt-kicker and I arrived at 1:45.  Having camped at 1200’, finally topping out at 6200’ felt great, but the best was yet to come.  Departing at 2:15, I took the gully. From the top, the gully looks worse than it is, and if you scope it out, you’ll see that it’s mostly just exposed class 3. Saw a family of mountain goats perched on a ledge!  From there I skirted to Melakwa pass, down around the east side of Chair Peak Lake and up to the saddle at it’s outlet. After a stop there, I departed at 3:30. Don’t be tempted by the ripe blueberries and beautiful meadow below like I was – climb to the left.  Uli’s TR covers this part perfectly:

“Go 1/2 way around Chair Peak Lake counter-clockwise and ascend about 200 ft on the other side of the lake. Continue North and slightly East towards the lower ridge that comes from Kaleetan towards Gem Lake. You will have to descend a bit and then climb back up towards the ridge. Once on the ridge you will find a (not very distinct) trail that more or less follows the ridge crest towards Gem Lake. Eventually it splits and you can either go left (clockwise) or right (counter-clockwise) around Gem Lake until you connect with the main trail to Snow Lake. This section is the most difficult to follow / find, and if you're unfamiliar with the area it would be easy to get lost if foggy.”

The views from the traverse to Gem Lake cannot be overstated!  It was amazing!

Departing Gem lake around 4:15, I headed to Snow lake, then down the Rock Creek Trail. Fog was blowing up from the middle fork and settling in over Snow Lake.  There are surprisingly few TRs on this trail, and it seems that it does not get much use.  However, the trail is in great condition, and for how much it descends, it is well-graded.  It’s also nice and clear, and includes a lot of soft, dirt trail that is great for running down. The overcast weather reflected the forecast: 0.8” of rain and thunderstorms on the way.  By the time I reached Rock Creek around 7:15, the 3000’ of cloud and dense forest canopy were putting an early end to the retreating sun.  A pleasant mist settled in.  Seeing the closure sign at the Pratt Connector TH, I was hoping the Middle Fork trail had reopened. Unfortunately, I was forced to head to the Dingford Ck TH and walk final 7 miles of road all the way back to the Middle Fork/Pratt TH.  With light fading and precip picking up, I debated pitching my tarp, making a hot meal, but opted to grind out the last 5 miles.  A car slowed as it passed me, and the driver offered me a ride.  Debating for a brief moment, I turned it down. As its tail lights faded, lightning struck in the distance and a powerful gust of wind swept through the trees.  Right on cue, the drizzle turned to rain.  I threw everything into my waterproof pack liner and ran the remaining couple miles back to the car.

All in all, an excellent adventure!  Highly recommend! 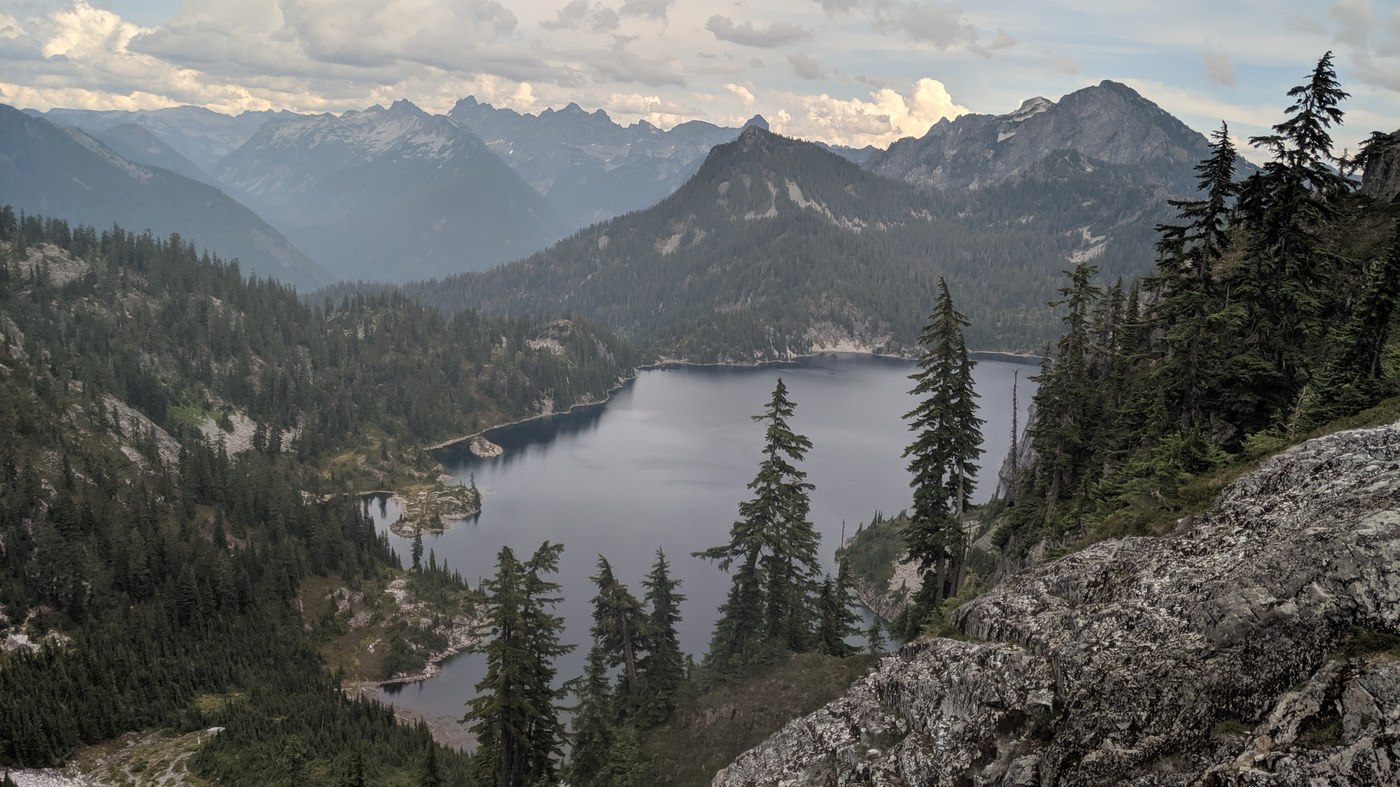 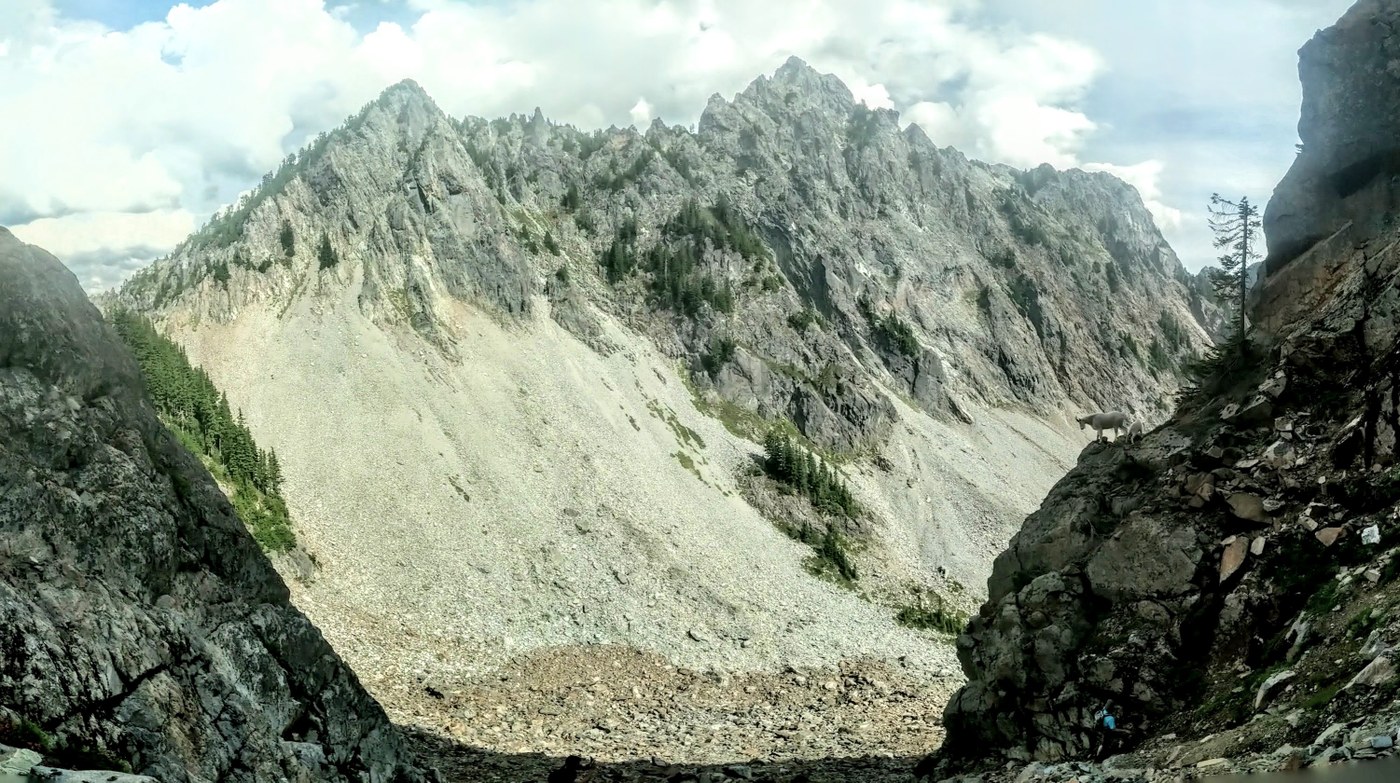